by Timo25. October 2018
Cubot presents the Cubot X18 Plus, an upgrade to the 2017 released Cubot X18. In addition to a new design, the 6 inch smartphone also attracts with improved hardware. All information about the smartphone can be found in the following post.
Overview
Manufacturer/Model

The Cubot X18 Plus is a Smartphone with a 18: 9 display, Typical for smartphones with a display in this format is the very slim case. Although this allows the device to be easily grasped with one hand, the elongated display makes one-hand operation across the entire display surface virtually impossible. The display itself triggers at one Diagonal of 6 inches with an 2160 1080 x pixels on. With a dot density of 403 DPI a razor sharp representation is achieved. For a high viewing angle stability and a likewise high color accuracy provides the Display type IPS. 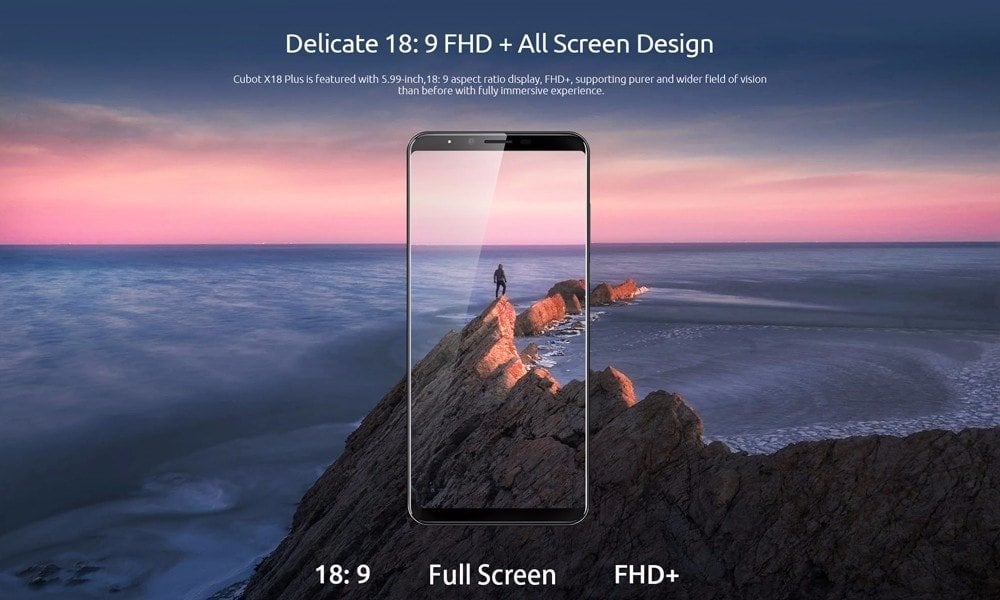 The housing dimensions amount to one Length of 15.85 cm, width of 7.36 and thickness of 0.85 cm. Das Weight is comparatively easy 178 g, Design features include narrow Bezel with Curved display glass, a simple front due to a pure on-screen operation and a shimmering plastic back in piano finish.

Under the hood, the now-aged Cubot X18 Plus works MediaTek MTK6750T processorwho, despite his age, still likes to be plugged into budget smartphones. The MTK6750T system-on-chip (SoC) is among others 8 processor cores together. This subdivide in turn split into two clusters. Cluster 1 consists of 4 Cortex-A53 processor cores with maximum 1.5 GHz clock rate. Cluster 2 also consists of 4 Cortex-A53 cores, which however only clock with 1.0 GHz. The processor graphics is a Mali-T860 MP2 GPU suitable for one or the other mobile game. The store coincides with a 4GB DDR3 memory and a 64GB eMMC5.1 Flash Memory lush. A memory expansion by MicroSD memory card is also possible.

Initial reports on the Cubot X18 Plus speak of consistently fluid operation. Cubot has the Android 8 user interface therefore optimally adapted to the installed hardware. Nevertheless, one should expect no performance miracle due to the rather low-performance processor. Experience has shown that the MediaTek MTK6750T quickly reaches its limits, especially in performance-hungry applications and graphically demanding mobile games! 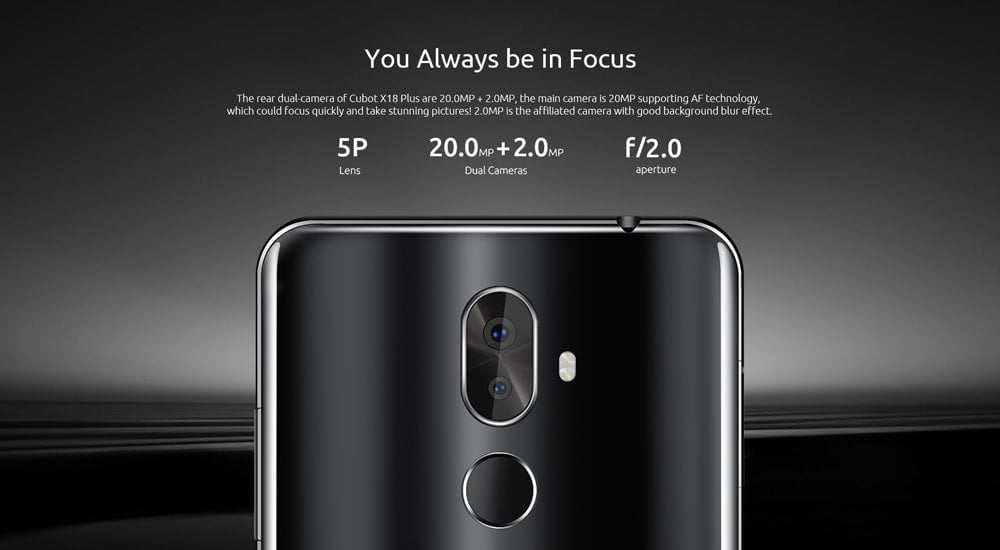 According to the data sheet is the smartphone with a dual 20 MP + 2MP main camera and a 13 megapixel front camera fitted. To accommodate such equipment in a budget smartphone is unlikely, which is why Cubot one Fake Dual Camera served. This is characterized by the fact that the second sensor has no benefit! The non-exchangeable Accumulator owns one Capacity of 4000 mAh. Mobile supports the Cubot X18 Plus the usual in this country 2G, 3G and 4G mobile radio frequencies. Other features include a fingerprint scanner, single-band WiFi, Bluetooth 4.0 and GPS. The sensory equipment is limited to a brightness sensor, a proximity sensor and an acceleration sensor. A gyroscope and an e-compass are missing! 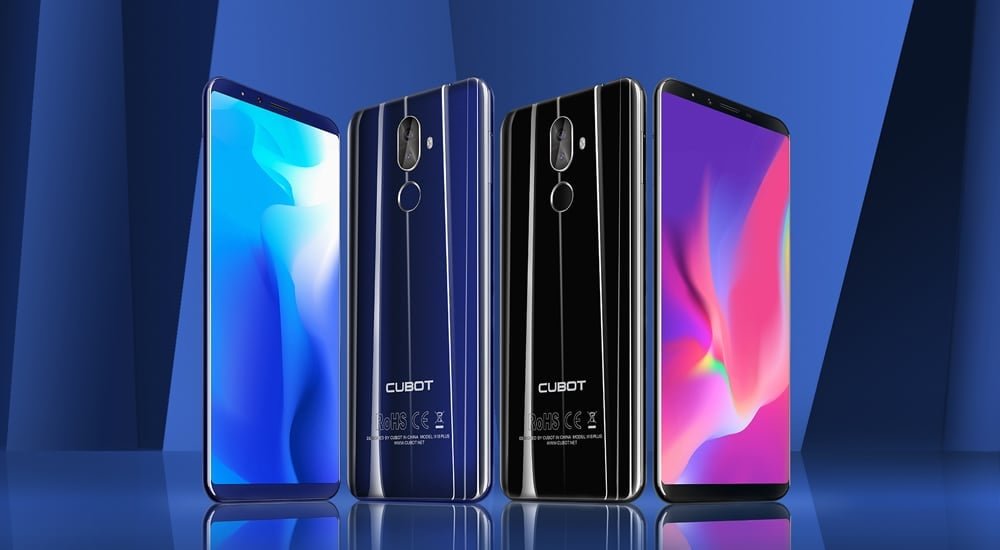 The Cubot X18 Plus is a classic smartphone in the low-price segment, which aims to score with a high-resolution 18: 9 display and an accompanying slim design. Although the MediaTek MTK6750T processor belongs to the older generation, it is an appropriate system-on-chip in the 100 € price range. How the smartphone in terms of camera quality beats will have to show. Initial experience reports speak of a rather meager recording quality, which is mainly due to the high-resolution image sensor. Should a test copy reach us, a detailed test report follows of course!

Hello, when is the Cubot X18 Plus in Germany to buy? best regards

Hi Janina, initially the smartphone will be sold exclusively on GearBest. In the coming weeks, other import shops should then include the X18 Plus in their product range. Until it appears on Amazon / eBay with shipping from Germany, it will probably take another month.