by Timo2. April 2019
Cubot has released a new smartphone to the already released 2016 Max model series. The Cubot Max 2 is a 6.8 inch phablet with MediaTek Octa-Core processor, lush 4 + 64GB memory and current Android 9 operating system. You can find all the information about the 135 € expensive low-budget smartphone in the following article.
Overview
Manufacturer/Model

Outside hui, inside pfui, that's how the Cubot Max 2 can be described in a few words. Already with the display it is striking that the manufacturer places the Max 2 above all in the low budget range. At a Display diagonal of 6.8 inches Only one HD display was installed, which with 1352 640 x pixels dissolves. The dot density 220 is PPI, which is why visible pixels can be expected. The panel itself is of type IPS. According to Cubot, the display goes through Corning Gorilla Glass 5 protected. To what extent the manufacturer actually uses Corning branded glass is very difficult to understand. Usually, a Gorilla Glass 5 screen protector in this price range is rather unusual. 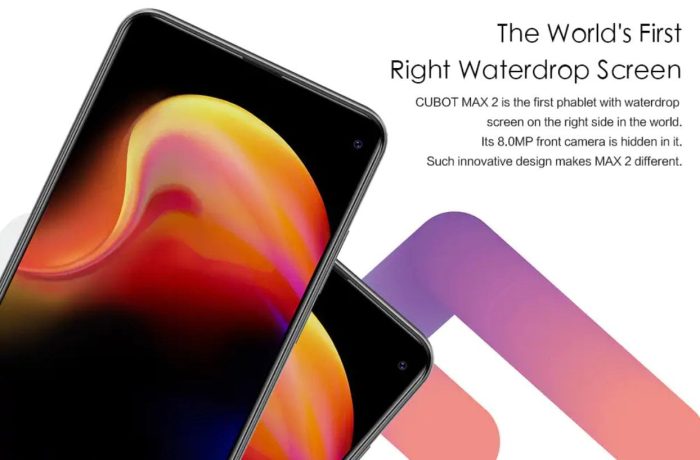 An interesting design feature is the Notchthat is not on the top center of the Max 2, but on the right edge of the display. The notch surrounds the 8 megapixel front camera. To what extent the status bar is affected by this remains to be seen. According to Cubot, the Max 2 is largely unchanged Android 9 Pie delivered.

Even with the processor used, the Cubot Max 2 is no performance breaker. Installed is the 2018 published MediaTek Helio P22 SoC, which is designed specifically for affordable smartphone models. Among other things, the processor is composed of 8 Cortex A53 cores that clock up to 2 GHz. The GPU of SoC (System-on-Chip) is one IMG PowerVR GE8320, with which you can play games like "Asphalt 8", but the graphic details have to be greatly reduced for a smooth gameplay. The GPU also limits the resolution of the supported displays to maximum 1600 x 700 pixels, which explains why Cubot had to opt for a low-resolution panel.

Pluses the Max 2 at the random access memoryThat turns out handsome with 4GB, just for a low budget device. Also the one specified with 64GB, Internal memory convinced. This is also expandable to more 256GB.

The Cubot Max 2 is equipped with a dual main camera on the back. The main sensor is one Sony IMX486 with 12 megapixel Resolution. This is supported by an unspecified 2 megapixel sensor. Whether the second sensor actually has a function, will have to show in the test. Especially in the low-budget sector, Chinese smartphone manufacturers are known to block fake sensors! The front camera comes along with it 8 Megapixel on. Again, the information on the image sensor is missing.

The capacity of the battery is 5.000 mAh, The smartphone is charged via USB-C. A 3.5 mm jack audio jack is available. In addition to 2G and 3G, the Cubot Max 2 also supports 4G. LTE can be used in this country without restriction. WiFi Although supported in dual-band, but waives the fast dual-AC protocol. device is available in version 4.2. 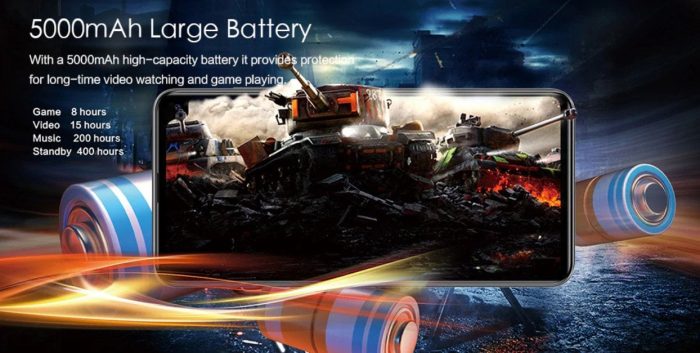 A Notification LED is present and located above the display. GPS and A-GPS are supported. Other sensors are one Proximity sensor, Brightness sensor on Accelerometer, on gyroscope and an E-Compass, The back is also a Fingerprint scannerwhat the smartphone can unlock.

Too bad, again only the MT6753. Cubot must have a whole range of this old processor ...