by Timo12. December 2016
With the Cubot Cheetah 2, Cubot and the app manufacturer Cheetah Mobile are launching their second smartphone, which has been developed in cooperation. What the smartphone has to offer and how it strikes in everyday life, more in this review.
Overview
Manufacturer/Model

First impression of the Cubot Cheetah 2

This smartphone is also supplied in the typical Cubot packaging. Included is the smartphone with matching silicone protective case, a charger with an output of 5V and 1A, a USB-Type-C cable and a multilingual Quick Start Guide. A screen protector is already applied at the factory. 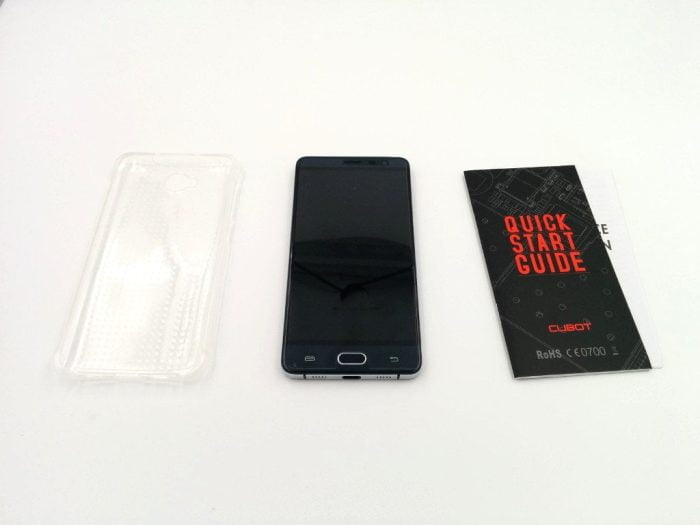 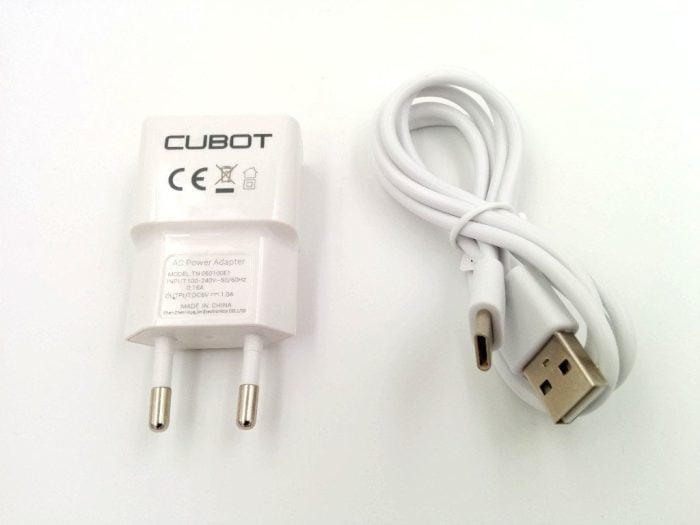 The design of the Cubot Cheetah 2 is largely unspectacular and has little in common with its predecessor. Only the frame is still made of metal. The weight of the smartphone is 195g, making it much too heavy in the hand. The plastic back is removable and proved to be extremely slippery in the test. Because of the high-gloss piano finish on the back, every little fingerprint is visible. 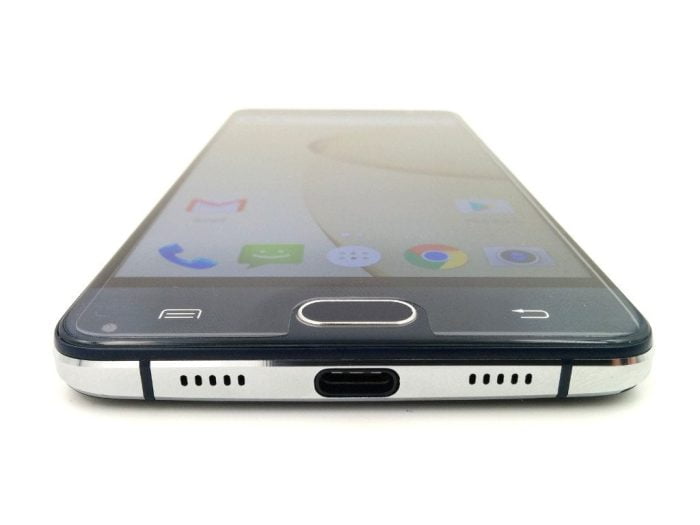 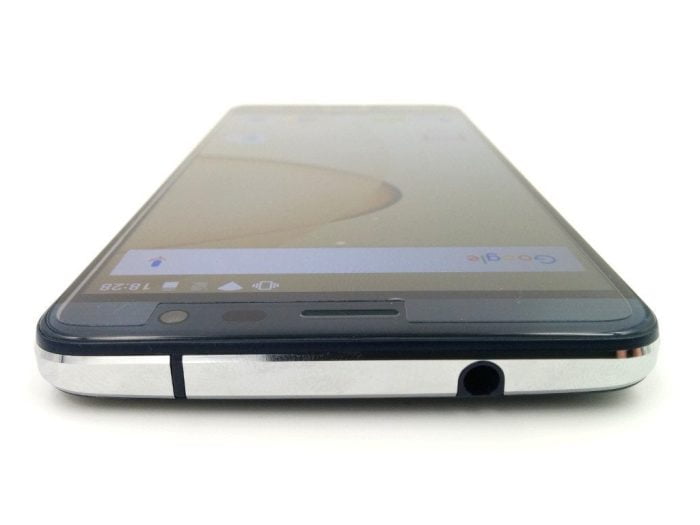 Anyone who thinks that Cubot has given the device a removable back, so that the battery can be exchanged, will unfortunately be disappointed. The battery of the Cubot Cheetah 2 is not removable despite the removable back! Behind the back, however, hide 2 SIM card slots that can be equipped with a micro-SIM and a nano-SIM. In addition, the smartphone offers a memory expansion option using a micro SD memory card. The dual-SIM function is not lost!

The control keys of the Cubot Cheetah 2 amount to a Home key including fingerprint scanner, which is under the display, a volume rocker on the right side of the case and a power button, also on the right side of the case. The side control buttons are firmly seated in the housing and also the pressure point is convincing. The Home button, however, has failed in the test. The pressure point is miserable and every time the button is pressed, you can really feel how the button in the front of the housing grinds and crunches. To the left and right of the home button are two unlit virtual control buttons.

The speaker was placed on the underside of the frame next to the USB Type-C jack. On the frame top is an 3.5mm headphone jack. The placement can not be faulted. 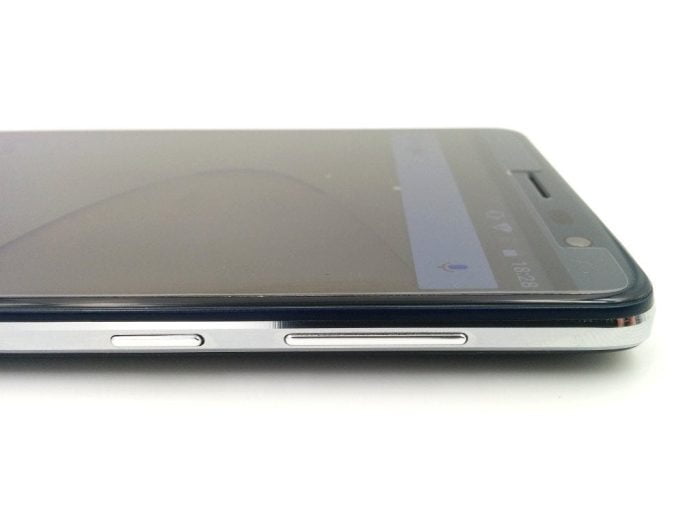 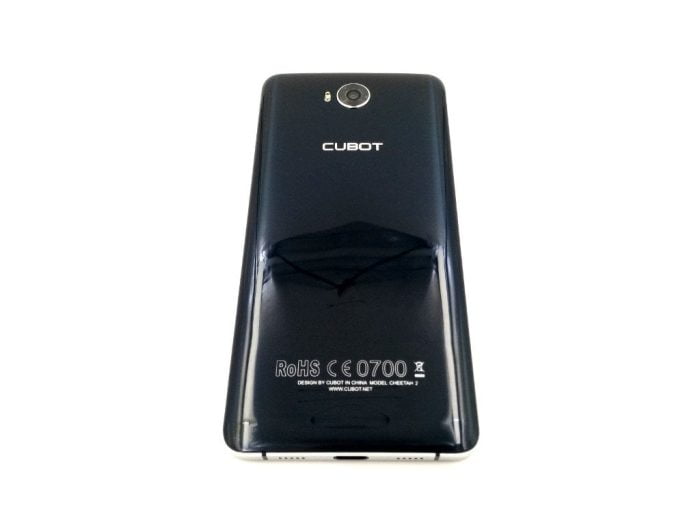 The design of the Cubot Cheetah 2 can be described in a few words as average. The smartphone visually does not offer much new, even if it almost completely different from its predecessor. A lower weight would have been desirable.

Not at all convinced this device in terms of processing. A creaking and dragging home button is a big no-go. Unfortunately we can not judge if only our test device is affected.

The IPS display resolves at 5.5 inches with 1920 x 1080 pixels, which is equivalent to 401 PPI. So-called 2.5D Curved Glass ensures that the edges of the protective glass are rounded, which contributes to the better look. 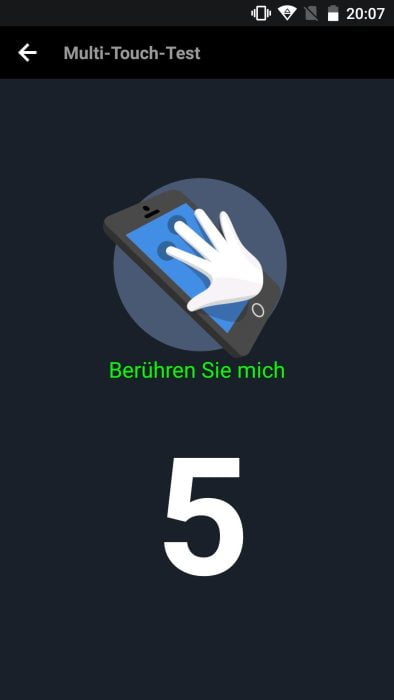 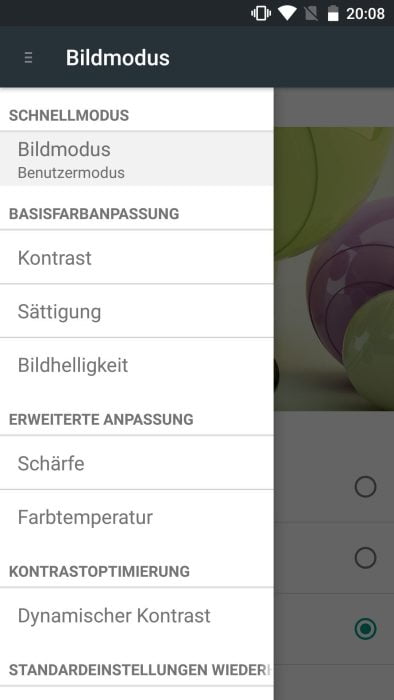 The color representation is accurate. In addition, the color temperature can be corrected in the display settings under the menu item "MiraVision". By default, the display is rather cool. Praiseworthy are the maximum display brightness and the viewing angle stability. With a luminance of 450 cd / ㎡ this remains very readable even in strong sunlight. The good viewing angle stability is characterized by the fact that the color representation and readability even at extreme viewing angles are preserved.

Even the touch screen of the Cubot Cheetah 2 is not to be criticized. Inputs were detected correctly and accurately in the test phase. In the multi-touch maximum 5 simultaneous inputs are possible.

Cubot has still not arrived at the current MediaTek Helio processors and also uses an older MediaTek MTK6753 processor with this smartphone. This is an octa-core processor that clocks with maximum 1.3GHz. The memory equipment amounts to 3GB RAM and an 32GB large internal memory. The internal memory can, as already mentioned, be expanded with a Micro SD memory card.

In everyday life, the Cubot Cheetah 2 presents itself as a multi-tasking and easy-to-use smartphone. Apps open up in a very short time and even with several apps that are open at the same time, only a small drop in performance is noticeable. Only with graphically demanding games do you notice that the not so up-to-date processor has to fight. The used Mali T-720 GPU is quite suitable for not too demanding casual games. 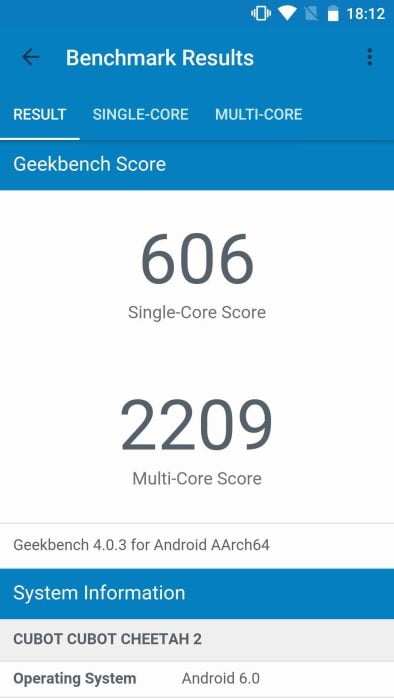 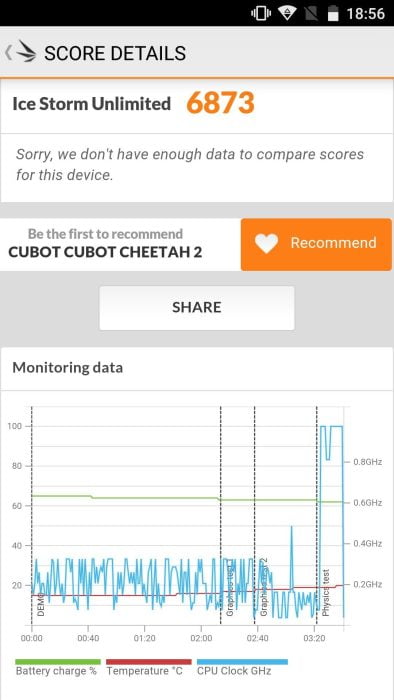 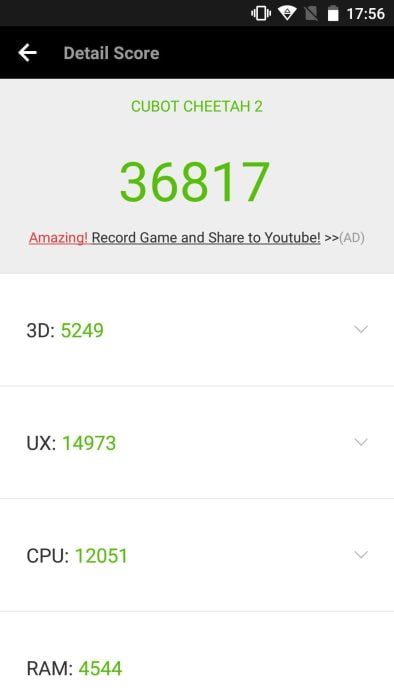 The operating system is a barely modified Android 6 Marshmallow. Compared to its predecessor, the OS is much less modified and also bloatware, that is, apps installed by the manufacturer, were so far preinstalled. In-depth players for gesture control are looked for in the settings in vain. The Smartphone OTA (Over The Air) receives updates directly from the manufacturer. Security updates are likely. An update to Android 7, however, is unlikely. 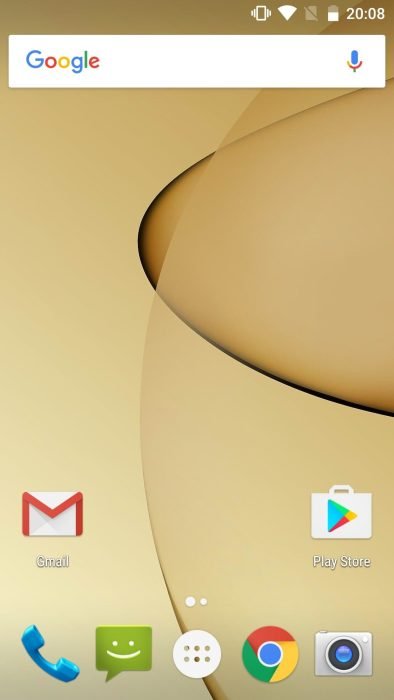 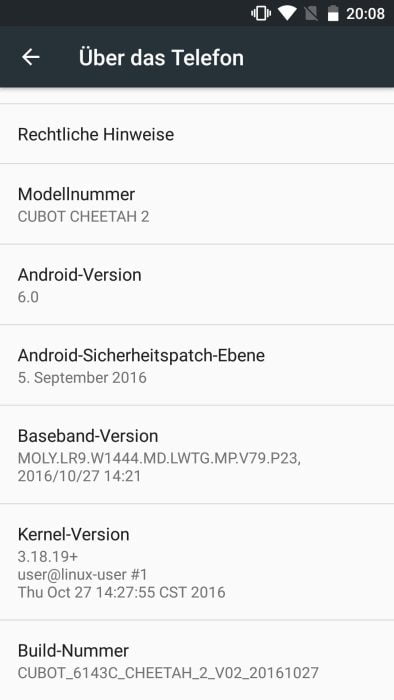 According to Cubot, the main camera uses an 13 megapixel Samsung ISOCELL 38L image sensor and a large f / 2.0 aperture. It is difficult to verify this information, but the Cubot Cheetah 2 does much worse than the UMi Plus, which uses the same image sensor. Of course, the image sensor is not the only factor that determines the quality of the picture. Nevertheless, it is more common that people like to have their say in difficult-to-check components. Additional features of the main camera include a dual LED flash and a Phase Detection Auto Focus (PDAF).

The front camera resolves with 8 megapixels and uses a Sony IMX219 image sensor.

The recording quality of the main camera is still the price and is very much dependent on the lighting conditions. In very good lighting conditions, useful pictures are taken that only have a low image noise and also bring details to bear. Under normal lighting conditions, you can clearly feel that the camera is not working so well. With Auto Flash activated, the Cubot Cheetah 2's camera attempts to take pictures only with flash even in normal lighting conditions. If you deactivate the auto flash, you realize that the pictures are clearly noisy and blurry. The autofocus works very tough and it takes a few seconds to get focused. Added to this is the sluggishness of live image output via the camera app. In the dark, the main camera is not usable despite the large aperture without flash. 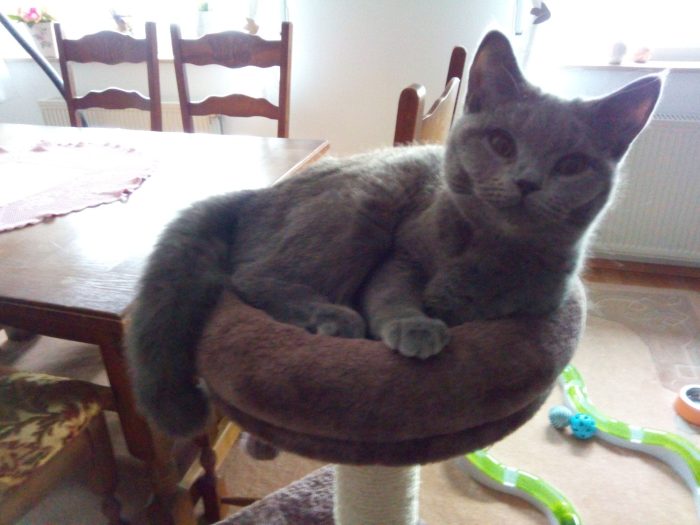 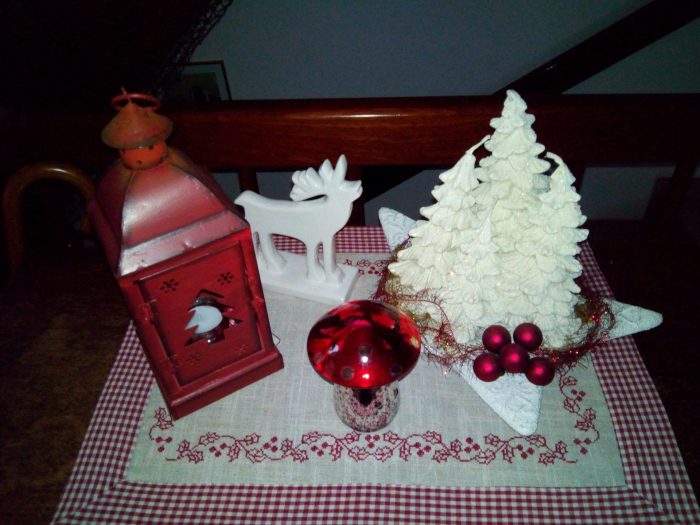 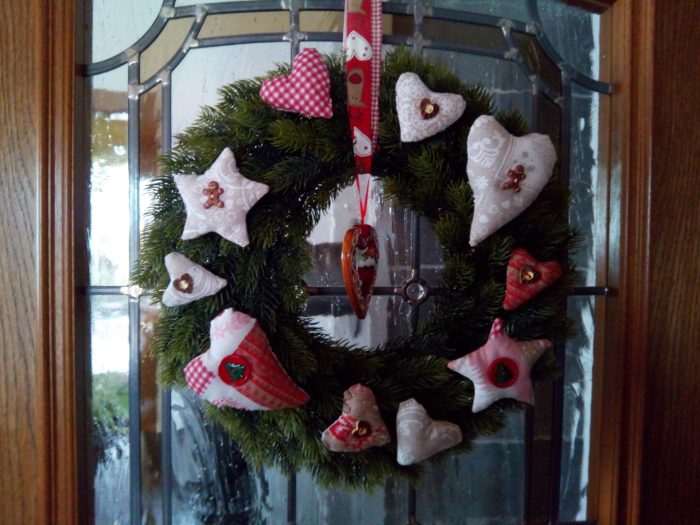 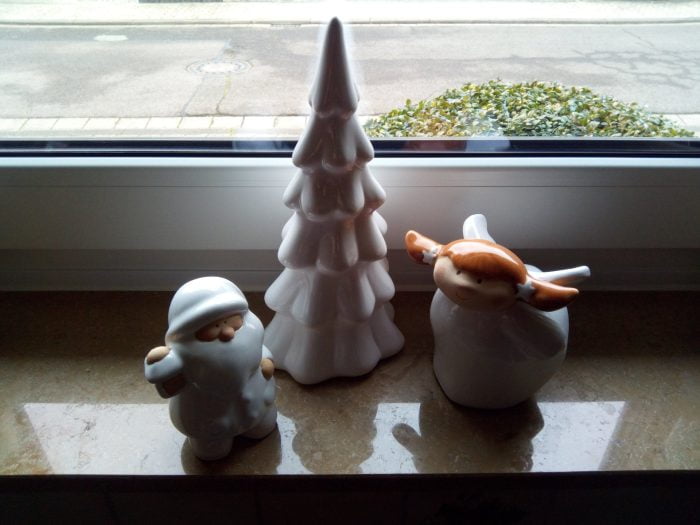 Surprisingly, the front camera convinces with regard to the recording quality rather than the main camera. In view of the price, this camera allows quite passable images and is ideal for video telephony! 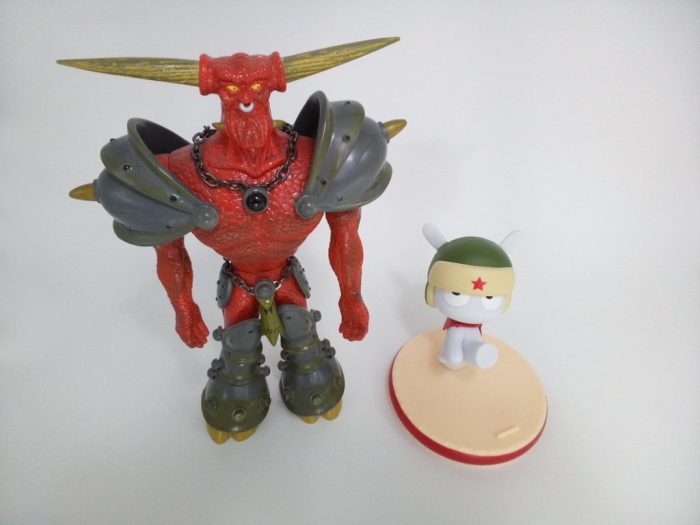 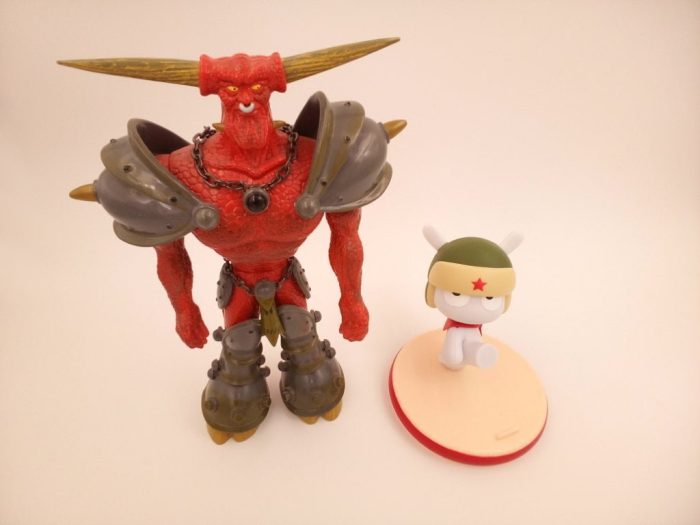 The Cubot Cheetah 2 is a dual-SIM smartphone and can be equipped with a micro and a nano-SIM. Since no "hybrid slot" was used, the SD memory card slot is separate from the SIM slots. All, in this country usual network standards are supported. The smartphone is also LTE compatible (LTE bands 1, 3, 7 and 20).

At the transmission quality and range of the WLANs as well as the Bluetooths there is nothing to complain about. The smartphone can be connected to both a 2.4GHz and a 5GHz WLAN.

A GPS Fix finds the Cubot Cheetah 2 within a few seconds. The signal strength is convincing and the positioning accuracy is accurate to a few meters. An e-compass is integrated, which means that the smartphone can also be used for pedestrian navigation.

The fingerprint scanner is in the badly translated home button. A maximum of 5 finger profiles can be stored. In the test phase, there was little exposure to the fingerprint scanner. 10 unlock attempts were about successful with 8. Only the Entsperrzeit could be felt a little faster. It also happened once that the fingerprint was not recognized even after several attempts and only a restart of the device could remedy. 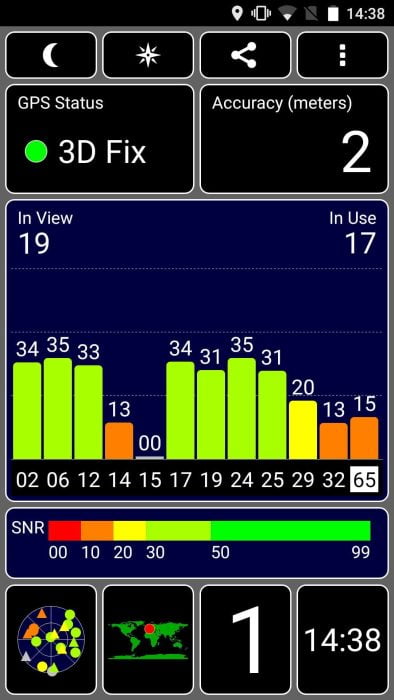 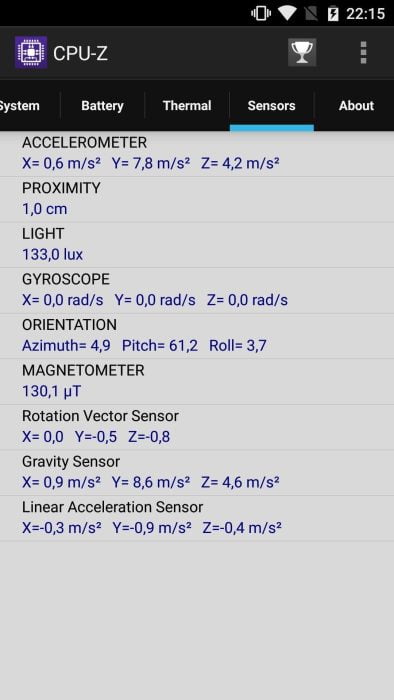 The sensors amount to a brightness sensor, a proximity sensor, a gyroscope, an acceleration sensor and, as previously mentioned, an e-compass. NFC does not exist.

The speaker is comparatively quiet at maximum volume. The sound can be described as neutral. Subtleties are shown, but there is no audible bass. The sound over the 3.5mm headphone jack is good and trouble free.

The battery of the Cubot Cheetah 2 has a capacity of 3.000mAh. The running time is about one day with average usage. At the latest after 1 ½ days I had to charge the device. The smartphone is charged via the new USB Type-C standard. Quick Charge is not supported, so it may take up to 3 hours for the smartphone to fully charge.

Is the Cubot Cheetah 2 highly recommended? Jaein! Especially the poorly implemented home button has proved in the test as extremely disturbing. To what extent this is an isolated case, or whether every Cubot Cheetah 2 has this error, is unfortunately not comprehensible. The camera of the smartphone speaks against a purchase. Measured by the price range under 150 € this shoots average shots, but other smartphones in this price range are better! Even the outdated processor is a criticism. It would be desirable if Cubot would finally switch to the current Helio series.

For a purchase speaks however the display, which scores straight with the brightness and color representation. Also convincing were the sensory equipment, the high-signal WiFi and the accurate GPS. Also the user interface scores with a clean Android 6 without bloatware. For those who like the Cubot Cheetah 2 visually and can do without a rather average main camera, we recommend taking this smartphone into consideration.