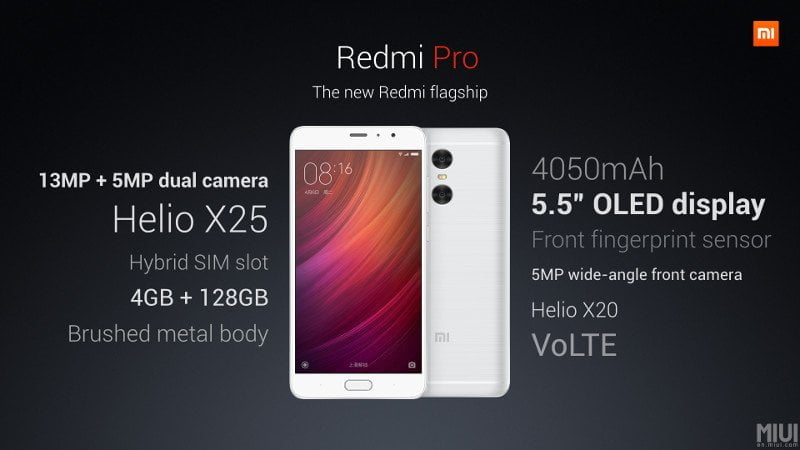 Anyone who has already lost track of the often appearing, Xiaomi smartphones, for the Xiaomi has presented another "Redmi" smartphone, namely the "Xiaomi Redmi Pro", What surprised us Xiaomi this time and what hardware the Redmi Pro brings, we have summarized for you in this preview!

Probably the most interesting feature of the Redmi 3 Pro is one dual camera system, As an image sensor, the main camera uses one Sony IMX258 image sensor, the one with 13 Megapixel dissolves. In addition, there is another camera underneath the main camera 5 Megapixel dissolves and one Samsung image sensor used. Why many manufacturers recently use such a camera system is easy to explain. On the one hand, dual cameras enable wide-angle shots, provided that one of the cameras has a higher viewing angle. In addition, a improved depth of field generated. The Xiaomi Redmi Pro calculates the depth of field not on the software side, but relies on a MediaTek imagiq ISP. 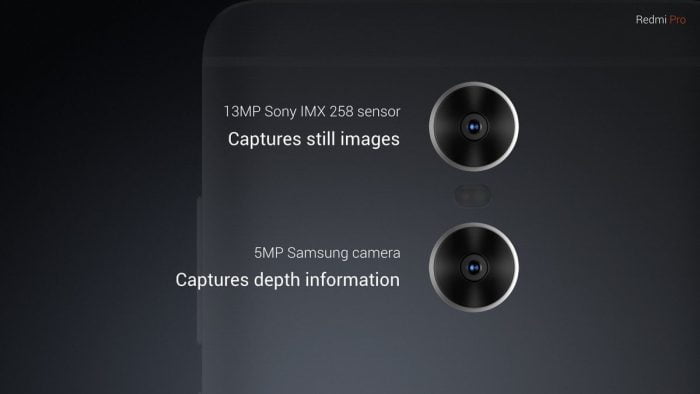 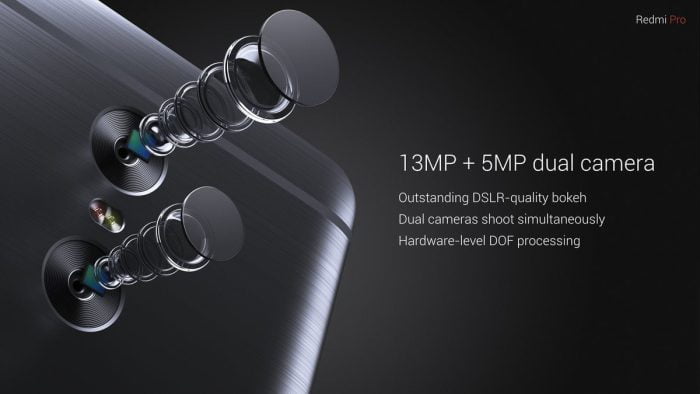 Xiaomi attaches great importance to high-quality workmanship in its smartphones. Also, the Xiaomi Redmi 3 Pro should be something special, which is why the manufacturer, among others, a Unibody body in brushed aluminum used. The case edges are fine, neatly folded by means of a CNC machine. Furthermore, it can be seen from the teaser images that Xiaomi Curved glass used, whereby the edges of the display glass are slightly rounded.

The home button of the device consists of Ceramics and includes the same time Fingerprint scanner, There are no further details so far. As a USB data or charging socket is a USB Type-C female used. With USB Type-C, the plug can be plugged in on both sides and the annoying back and forth is no longer necessary. 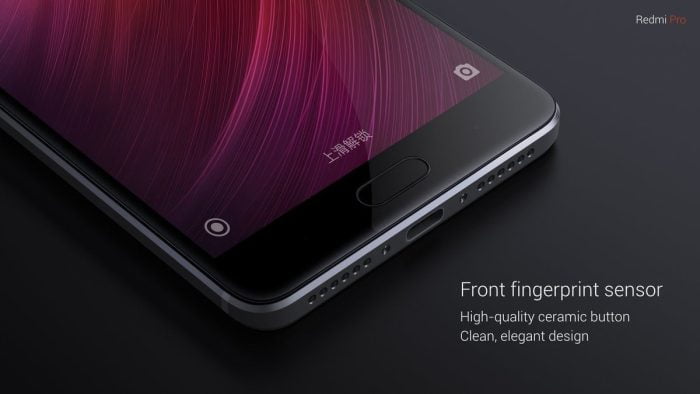 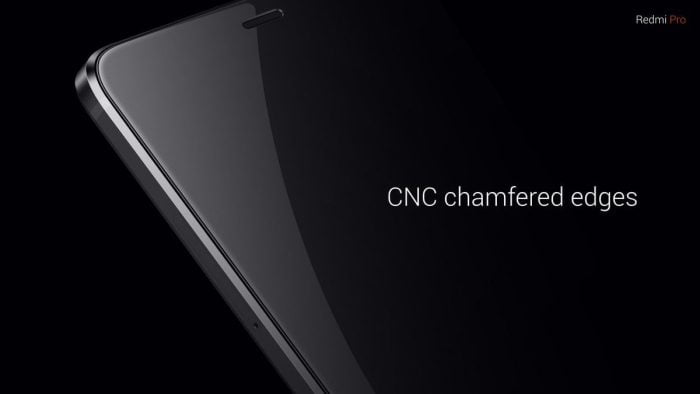 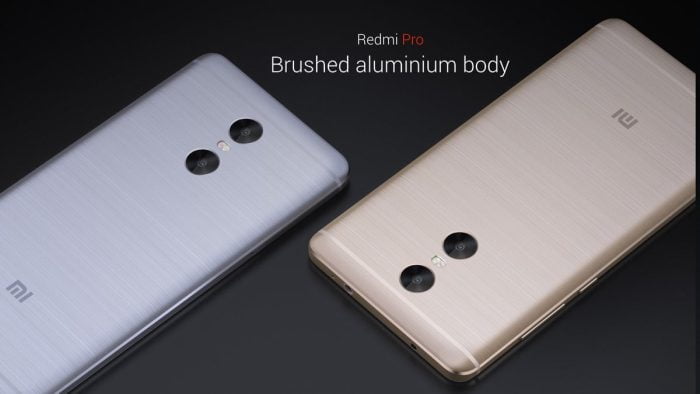 The display diagonal is 5.5 inch at a resolution of 1920 × 1080 pixels, The panel used should be a OLED panel act that 100% of the NTSC color space covering and one Contrast ratio of 60.000: 1 has. The advantages of an OLED display are on the one hand the very high contrast, but also the more compact design. In addition, an OLED display requires no additional light source, but is self-luminous. 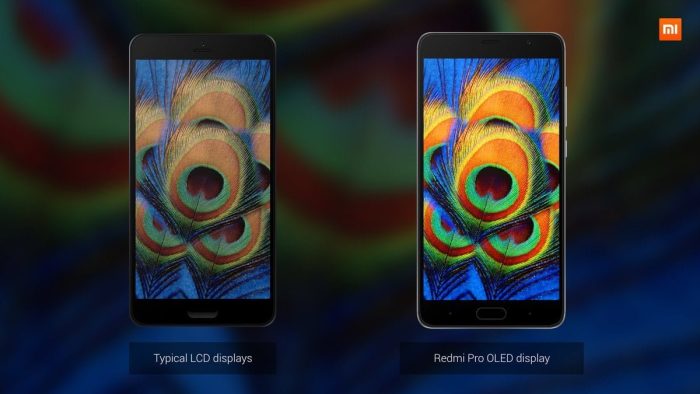 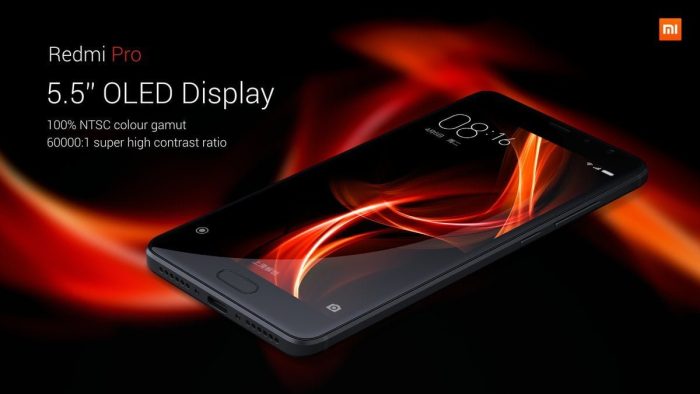 The Xiaomi Redmi Pro will come in several variants. So the most powerful variant has one MediaTek Helio X25 Processor installed, the total 10 cores owns and with maximum 2.5GHz overclocked. The Redmi Pro with Helio X25 SoC will turn with 3GB, but also with 4GB memory be available. The internal memory is 64GB for the 3GB version and 128GB for the 4GB variant. In addition, a version of the Redmi Pro with a MediaTek Helio X20 Processor. This smartphone offers 3GB memory and 32GB internal memory. 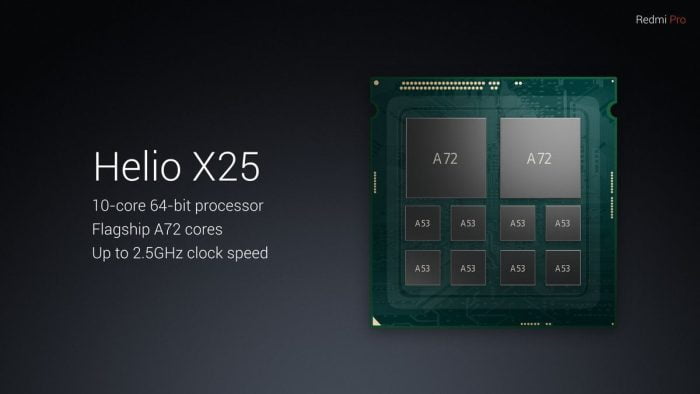 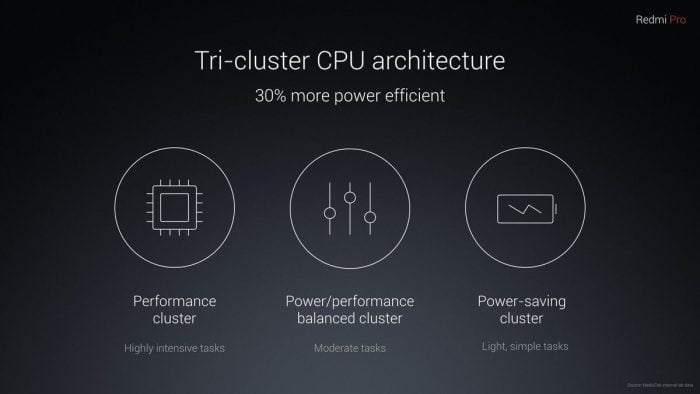 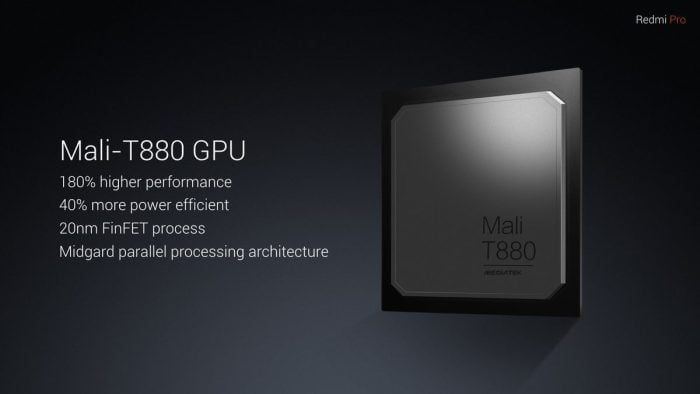 The price given by the manufacturer is, without additional dealer surcharges and without import taxes, at about 273 € for the "flagship" with 4GB RAM and 128GB memory. The price of the second Helio X25 variant is approximately at 232 €. The slimmed-down version with Helio X20 processor costs around the 204 €. When exactly the smartphone will appear is currently unknown. For more information, of course, follow this at this point.