by Timo28. March 2016
With the Xiaomi Redmi 3, the best-known manufacturer of "Xiaomi" at Import Chinaphones has released a reasonably priced 5 inch smartphone that does not need to hide behind smartphones of sizes like Samsung or Huawei in terms of both hardware and processing. How the low-cost smartphone beats the competition, you'll learn in this detailed Xiaomi Redmi 3 test.
Overview
Manufacturer/Model

First impression of the Xiaomi Redmi 3

Who imports a Xiaomi smartphone or other products of the manufacturer, must usually be satisfied with a Chinese delivery. That was delivered Xiaomi Redmire 3 in a compact cardboard box plus one Chinese operating instructions and Service-cards, One micro USB data or charging cable and a charger with type A plug, as it occurs especially in the US. When importing, however, many manufacturers provide a suitable adapter or you can use a conventional smartphone charger with USB port.

Unpacked, the smartphone leaves a very good impression. The noble and also well-made Aluminum unibody with the dotted check pattern on the back does not only look damn good, the Xiaomi Redmi 3 trumps it in terms High quality and build quality also significantly different smartphones from the same price range. The only downside is that in this unibody housing the battery can not be changed. The side-mounted control buttons are also made of metal and sit firmly in the housing. On the opposite side is the Hybrid SIM slot (micro SIM and nano SIM / micro SD) 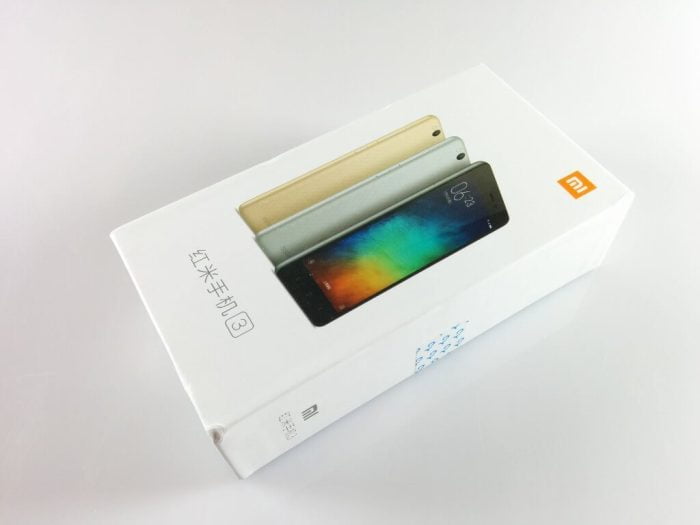 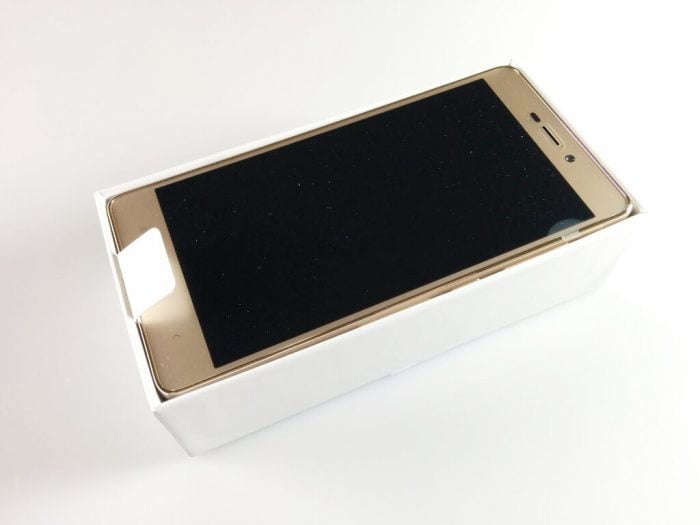 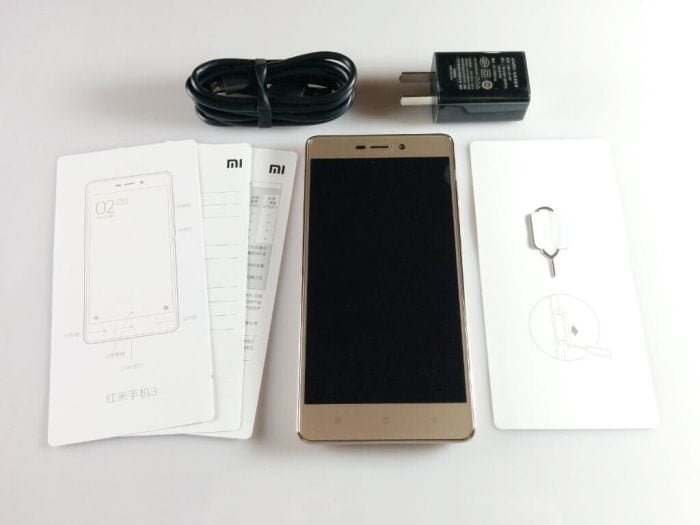 The back of the speaker is next to the camera with LED flash. The rounded portion of the back, both above and below, are made of plastic, which is mainly due to a better transmission.

At the front is the 5 inch HD display. Below we have 3 capacitive buttons and one Notification LEDthat is not recognizable. Above the display are the front camera, the earpiece and the proximity sensor.

It is interesting with this Smartphone, that at the upper edge both a Infrared Sensor and a little one Microphone are located. With the infrared sensor and a suitable app, for example, a TV can be controlled, the microphone is used for noise suppression. The classic 3.5mm headphone jack was of course not forgotten and is also at the top. For landing or for data transmission, the handheld has a conventional micro USB socket on the lower edge of the housing. Next to it is another microphone. 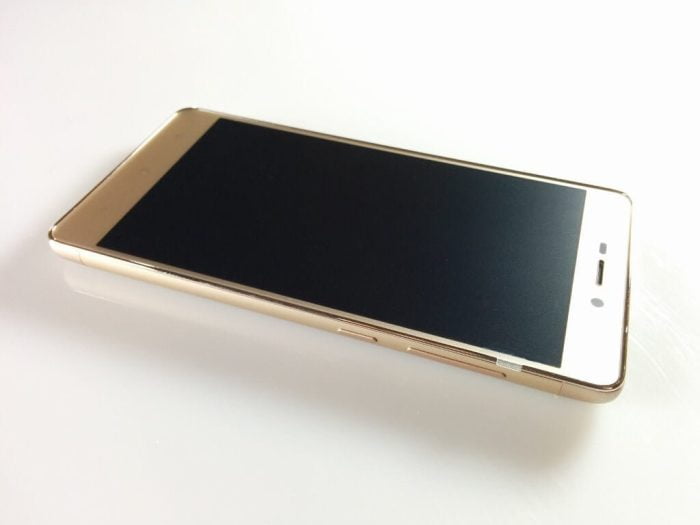 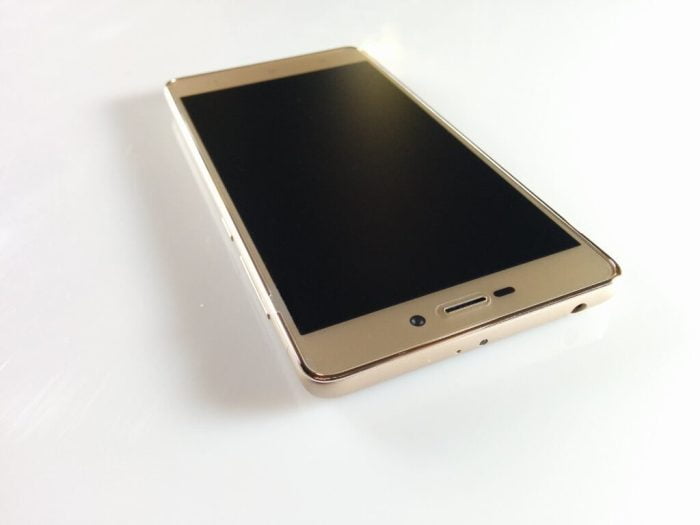 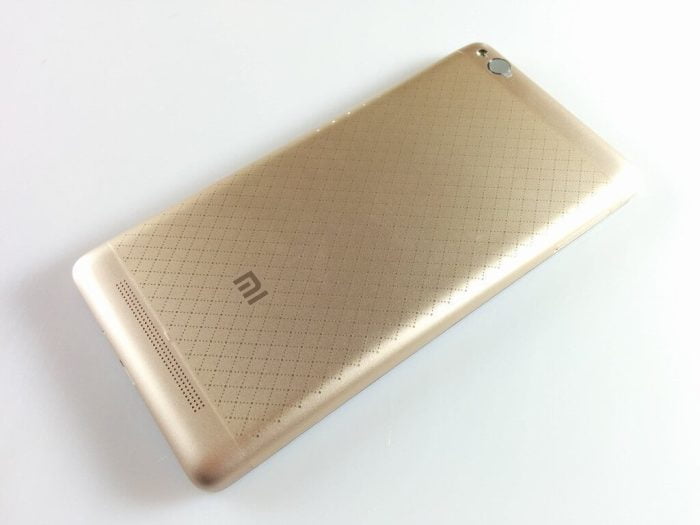 The smartphone has a 5 inch large HD IPS display, The resolution is 1280x720 pixels, the point density is 294 PPI. The display is extremely sharp, which is why individual pixels cannot be seen with the naked eye and when viewed normally. The colors are strong and natural. Additionally offers MIUI 7 display settingswithin which one can correct the colors and the contrast afterwards. The automatic brightness adjustment works well. Even in strong sunlight, the display can still read, what a very high luminance speaks.

The display of the Xiaomi Redmi 3 also proved to be very stable in the test. I could not make out a color change with strong inclination. Characters remained legible at every viewing angle. When checking the multitouch ability surprised the smartphone. For devices in this price range 5 Finger Multitouch are common. The Xiaomi Redmi 3 is, however 10 finger multitouch able to. All inputs made in the course of the review are precisely recognized. 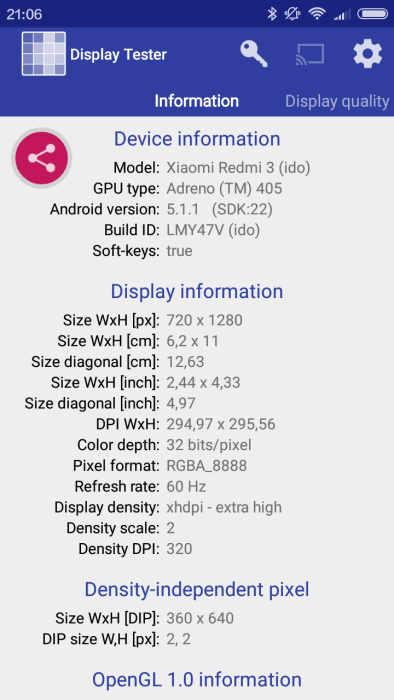 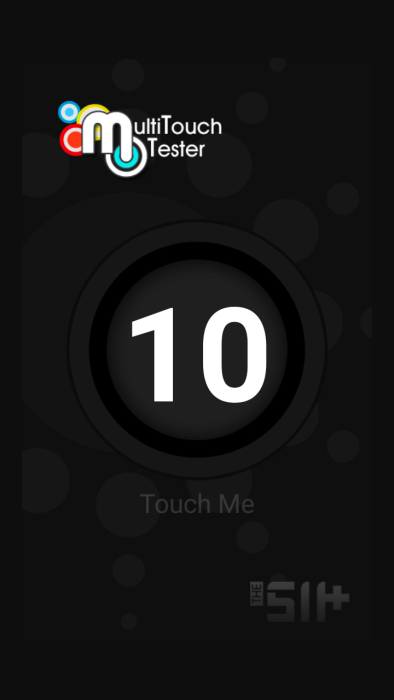 The processor or SoC used here is one Qualcomm Snapdragon 616 Octa Core, This clocks with 4x1.2 and 4x1.5 GHz. The RAM is 2GB, the internal memory is 16GB. The internal memory can also be extended by means of a maximum of 128GB large, micro SD memory card. However, this is a so-called "hybrid slot" in which either the dual-SIM function of the smartphone can be used, or gives the second slot for memory expansion.

Both in individual benchmark tests, but also in everyday life, the Xiaomi Redmi 3 scores in terms of performance. The user interface "MIUI" can be used fluently, as well as a fluid multitasking is no problem for this smartphone. Even in more demanding games, the device can still convince. I was able to play the game "Modern Combat 5" I tested without any problems. 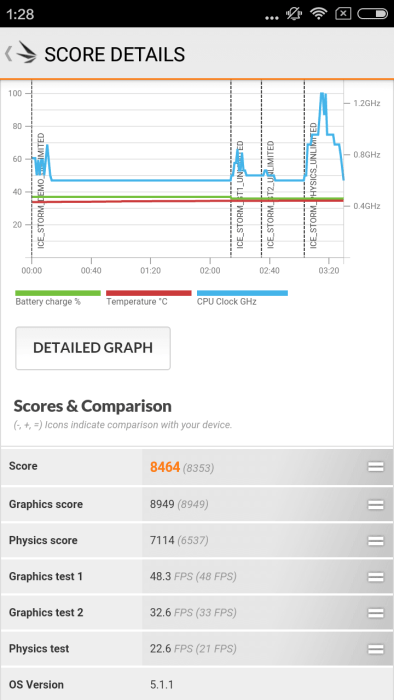 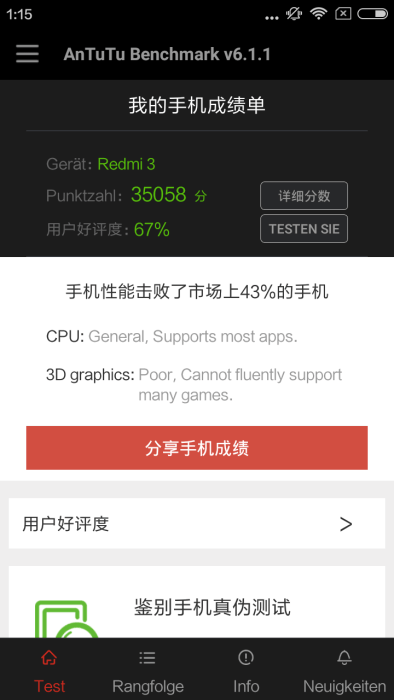 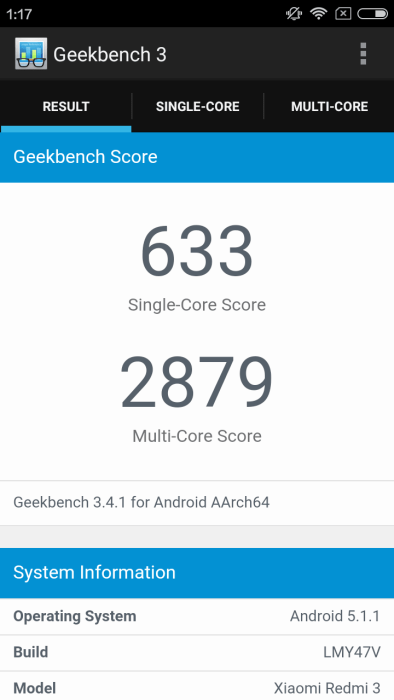 The entire Mi Smartphone series used MIUIso does the Redmi 3. This is an in-house Custom ROM, which is already far away from a pure Stock Android. The preinstalled MIUI 7 is based on Android 5.1.1.

The surface is very modern and delivers an interesting and visually appealing design. In terms of functionality, MIUI has also been enhanced with many useful features not found on Stock Android. To give a few examples, there are within the settings additional settings in terms of the display, the sound, the security, the notification LED and more, as well as its own theme manager has been integrated.

The Google PlayStore was already preinstalled on the Xiaomi Redmi 3 tested here. Other Google Apps looking for the smartphone in vain. These can be downloaded later via the PlayStore. Since Mi smartphones are mainly distributed in the Asian market, is also its own Xiaomi App Store preinstalled. All other system apps, such as apps for music playback, video playback or the web browser come from the manufacturer itself.

MIUI 7 is available in German, but the user interface has been partially translated. Occasionally one finds still English-speaking passages. The pre-installed apps are also sparsely translated. It should be kept in mind that Xiaomi mainly produces for the Asian market and transfers the work of adapted ROM's to the community. However, due to the size of the Mi community, regularly updated versions of the original China MIUI appear. Even the official "Global MIUI" gets better with each version, which is why one can guess, which way the manufacturer will go in the future.

Big advantage of the MIUI are the regular updates, This is obtained OTA (Over The Air) on the smartphone. Due to the great popularity of the Mi-Phones and the very large developer community, other well-known ROMs such as CyanogenMod are constantly being ported to Mi devices. 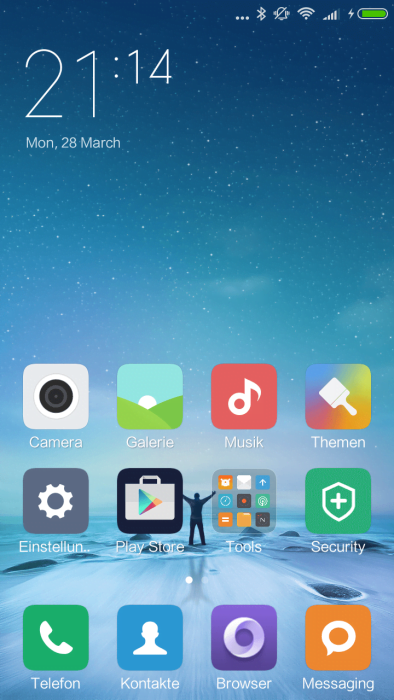 Xiaomi has the Redmi 3 at the back main camera one 13 megapixel image sensor with a f / 2.0 aperture, one 5P lens and a fast one PDAF (Phase Detection Autofocus) lost. The exact name of the image sensor is not known.

The camera app is also from home. This offers numerous photo and video settings, but also supports numerous photo modes, ranging from the well-known panorama mode to various scene modes. Another interesting feature of the app are the filters with live preview. This can, for example, reflect the image, or you miss the recording a vintage touch.

In good lighting conditions, the main camera produces usable recordingsby a low noise, sharpness and a natural coloring can convince. The autofocus of the smartphone focused extremely fast and the triggering time is to be assessed as very low. In view of the price, the smartphone has installed a really excellent camera.

The front camera releases with 5 Megapixel on. The aperture value is included f / 2.2, Also, this camera produces good shots and is suitable for video calling, but also for quite sizable selfies. 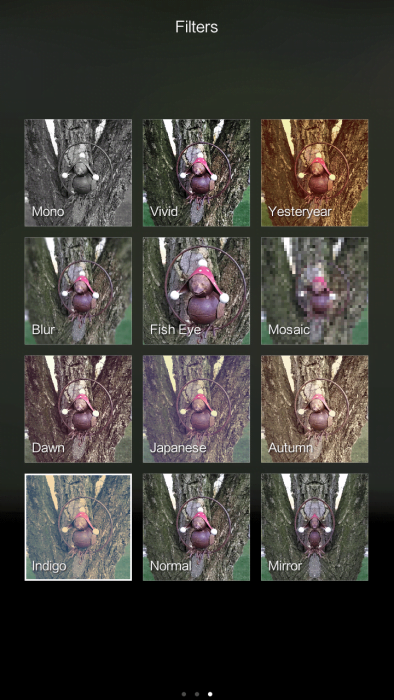 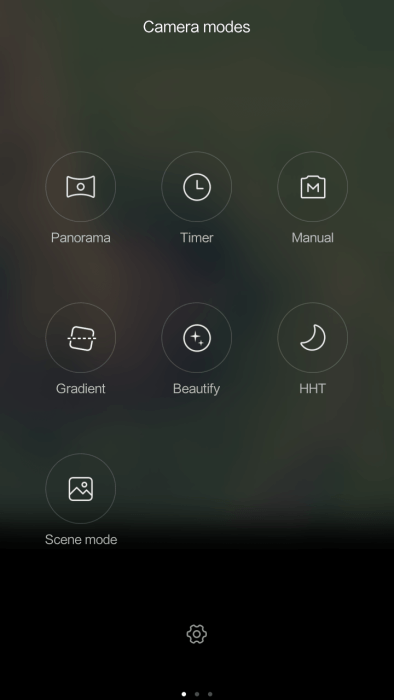 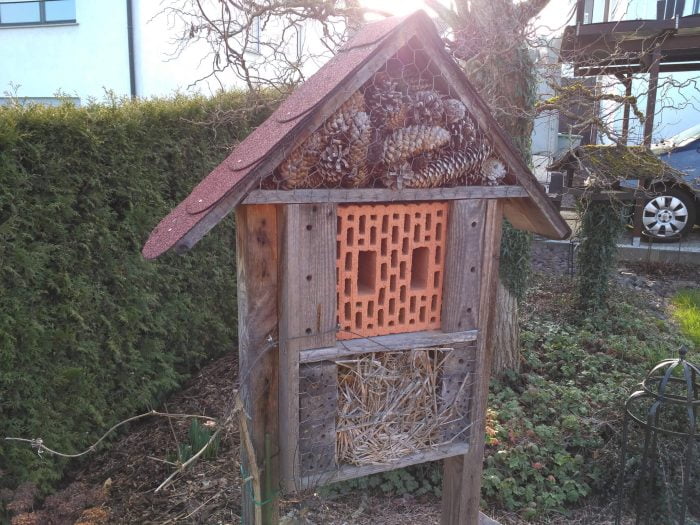 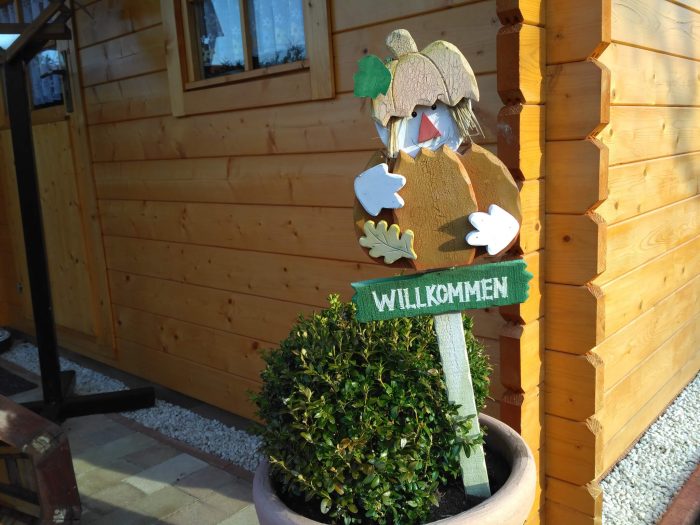 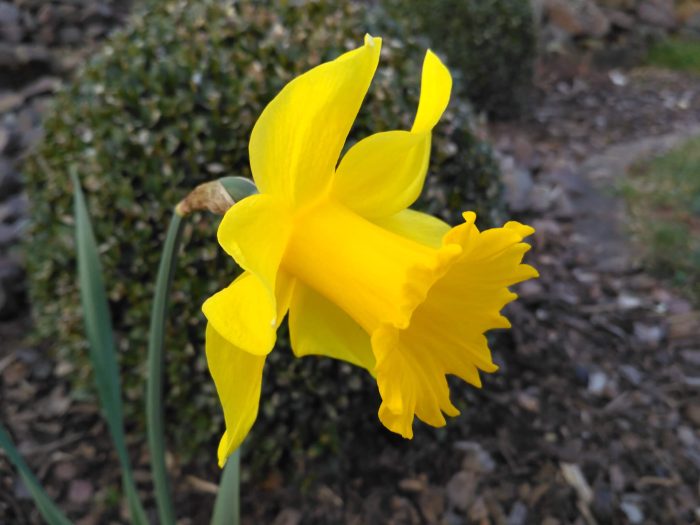 All common Network standards from 2G through 3G to 4G are supported. Unfortunately, even with this smartphone of the manufacturer on LTE band 20 waived, which is why LTE only limited make use of. If you live in a rural area, you will probably have to do without LTE.

The voice quality is good in both directions. In the test, I was able to understand my interlocutor well, as well as he could understand me clearly and clearly. Interesting is the additional microphone, which was specially installed for noise suppression. Also through the speaker of the smartphone both the sound quality and the voice quality are very clear and understandable.

The range and the connection stability of the WiFi are also very good. Dual Band WiFi does not support the Xiaomi Redmi 3. The connection to my Bluetooth handsfree was stable and the transmission quality is impressive.

A GPS fix was found within a few seconds. You can navigate easily with this smartphone. By the additionally installed E-Compass the device is also usable for "pedestrian navigation". Remarkable is the stability and accuracy of the built-in GPS sensor. In the countryside, the signal was consistently stable and accurate. But even in urban areas, with many street canyons, the Xiaomi Redmi 3 has kept the signal and navigated solidly.

Additional sensors are on Proximity sensor, gyroscope, brightness sensor and an Accelerometer, On Infrared Sensor was also installed. With the right Mi TV App, almost any TV can be operated via the smartphone. All sensors work pretty well. 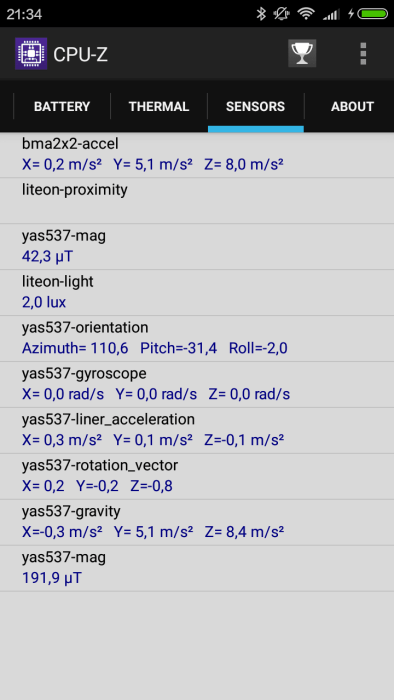 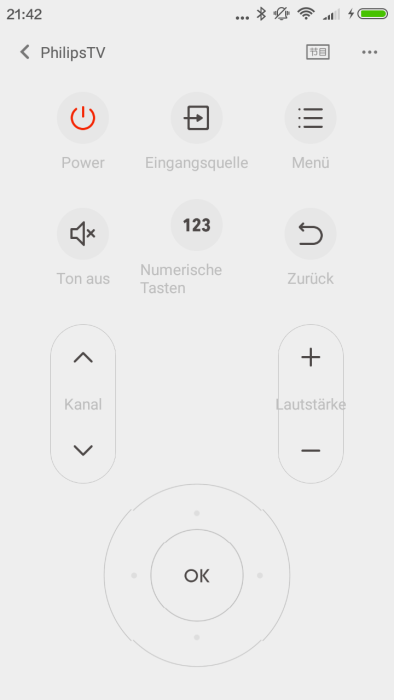 The battery has a capacity of 4.100mAh. This can be with a fast charger in about Charge 2 for ½ hour. Battery life is excellent, which is also due to the well-optimized MIUI. In normal use, the smartphone can be charged good 2 days use. In standby, the battery consumption of the Xiaomi Redmi 3 is very low. The smartphone consumes an estimated 10% points during a standby time of 2 days.

The Xiaomi Redmi 3 is an excellent smartphone and my clear favorite in the price range up to 200 €. The processing and the design are top, the cameras shoot very nice pictures and in terms of performance, the Redmi 3 convinced me consistently. The 5 inch HD display is sharp, the colors strong and the viewing angle stable. Also a highlight of the Xiaomi Redmi 3 is the 4100mAh large battery, which guarantees an above-average runtime.

MIUI 7 is a very well-optimized and enhanced Android that just shines through the numerous additional features. To see the partly faulty or even missing translation as a criticism would be a bit too harsh, since every buyer of a Xiaomi smartphone should be aware that these are mainly intended for the Chinese market.

very nice review, I liked it a lot. In itself, the smartphone really does not sound bad as a beginner's device. But that the UI is not completely translated would rather bother me. How do you classify the device compared to a OnePlus 2? Would the Xiaomi Mi3 be an alternative (also for smartphone novices)? I would also like to know how the Xiaomi Mi5 beats. Did you also plan a test for this? I like the features of the new flagship, which certainly can compete with OnePlus.

Hello, what about the voice quality or the quality of the sound, with a speakerphone in the car via Bluetooth if you have two SIM cards in it? Had to say several times today that the quality is pretty modest and sometimes not understandable at all. My interlocutor, however, hears me great. I have not had such problems before, so I guess it's the end. Furthermore, I would be interested in whether the MIUI 8 is a way to regulate notification and call volume separately from each other? Furthermore, I miss the possibility of setting the general vibration intensity. Best also separately adjustable. In itself, I would recommend Xiaomi as a smartphone to anyone. The equipment of the Xiaomi Redmi series can be seen in general. A great device, especially price-wise. As far as the UI is concerned, though, I would probably rather recommend other devices as a beginner. Unless you really like dealing with matter, then that is... Continue reading "