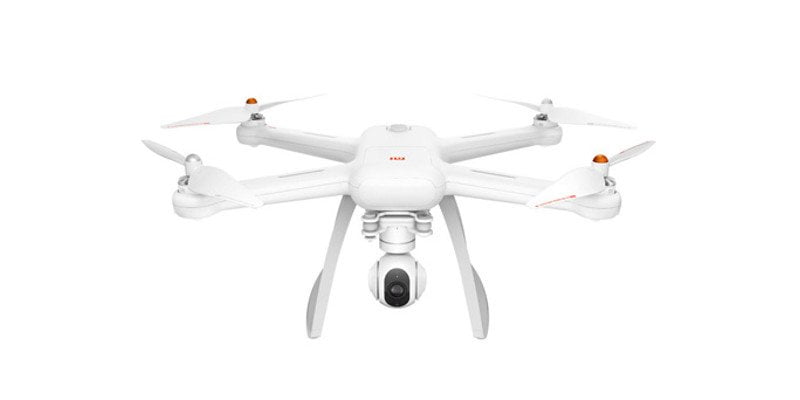 by Timo11. November 2018
The "Xiaomi Mi Drone" is Xiaomi's announcement to the market leaders DJI, Yuneec and Co .. With about 370 € the Xiaomi Drone is still a bit cheaper than a DJI Phanton 3, but currently this is only indirectly available from China. In addition to the 370 € you have to expect any charges, making the gadget even more expensive. All information about the Xiaomi Mi Drone, you will find out in this post!
Overview
Manufacturer/Model

For users of the Xiaomi drone will be released in October an interesting gadget! Under the name "FEIMI X1BH" have several online retailers 3-Axis handheld gimbal listed, which can be used with the camera module of the drone. Similar to the GoPro Karma Grip, the camera module can also be used from the hand. The cost of the FEIMI Gimbal is currently around 57 €. As soon as there is more information about the gadget, follow it in a separate post!

First reviews of the Xiaomi Drone have been released on YouTube. A very detailed test (English) can be found in the YouTube channel of "Quadcopter 101". Especially praised is the high-quality processing, the exact positioning, the gimbal and the 1080p camera, as well as the above-average flight time of a good 27 minutes. On the other hand, the flight restrictions as well as the weak app implementation were criticized. Among other things, it means that as a beginner you have to deal with "flight hours" and in the first 5 flight hours is limited to a maximum altitude of 50 meters and range of 100 meters.

The Xiaomi Mi Drone 1080K announced with the 4p variant is now also available. Only the camera was changed, which now also allows high-resolution 4K video recordings. The design of the drone and the rest of the hardware, such as the flight controller have remained the same. To what extent Xiaomi will also offer the camera module separately, is not known. 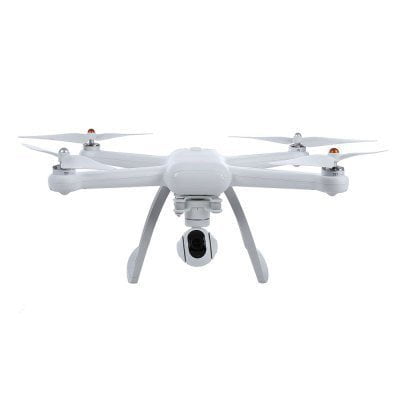 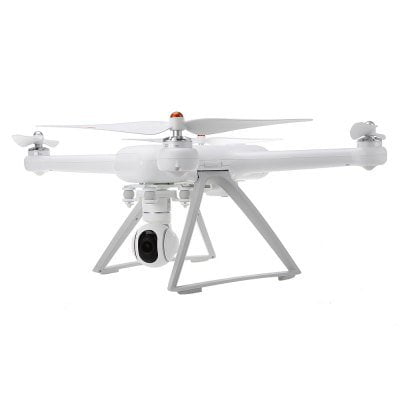 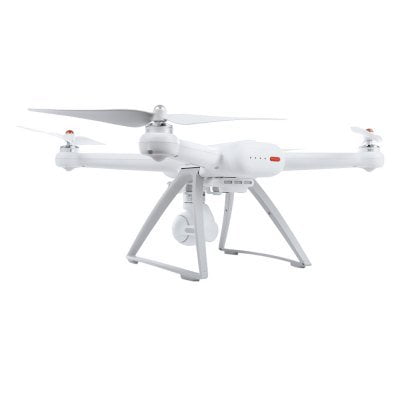 The Xiaomi Mi Drone is a camera drone which comes in one 1080p and 4K variant is sold. The standard model is equipped with one 16.35 megapixel Sony image sensorwhich is powered by a powerful Ambarella image processor is supported. Incidentally, this image processor is also used in current GoPro Action Cam models. In this combination the maximum resolution is 1920 x 1080 pixels (1080p), at 60 images-per-second.

The 4K variant of the Xiaomi drone, which was still in a "beta phase" in July 2016, has one Sony image sensor, the one with 12.4 Megapixel dissolves. This is also combined with a Ambarella image processor, The maximum resolution is included 3840 x 2160 pixels with 30 images-per-second, Other video resolutions include 1440p at 30 pictures-per-second, as well as 1080p at 100, 60 or 30 pictures-per-second. Smaller differences between the individual camera modules are also present in the field of view, which is 4 ° for the 94K model and 1080 ° for the 104p model.

First video recordings of the 1080p model are already available on YouTube. Here is a video of the Chinese YouTubers "Sami Luo"

Video recording to the 4K model

To image stabilization The Xiaomi quadrocopter already has one 3 axes gimbal, which is why this does not have to be bought additionally. The gimbal stabilizes up to 2000 vibrations per second and has one Accuracy of + -0.02 °, The weight of the camera including gimbal is with the manufacturer 149 g specified. However, to what extent the drone can be modified, for example to use a custom gimbal or its own cam, is questionable. In the first unboxing videos, however, it can be clearly seen that the camera and the gimbal lose weight.

To the Xiaomi Threat Spare Parts

The remote control of the Mi Drone reminds rather of a GamePad, than a professional Quadrocopter control unit, nevertheless it has all necessary functions. The Signal transmission via 2.4 GHz (5 GHz China), Two high-performance antennas allow a maximum Transmission range from 1000 (1080p) to 2000 (4K) meters, The maximum image transmission range with the 4K variant is also about 2 kilometers. However, the resolution is reduced to 720p. As an additional control unit serves your own smartphone in combination with the appropriate Xiaomi Drone App, The antennas on the remote control serve as a holder. The smartphone can be used to output the live image, as well as settings can be made directly via the touch screen of the smartphone. 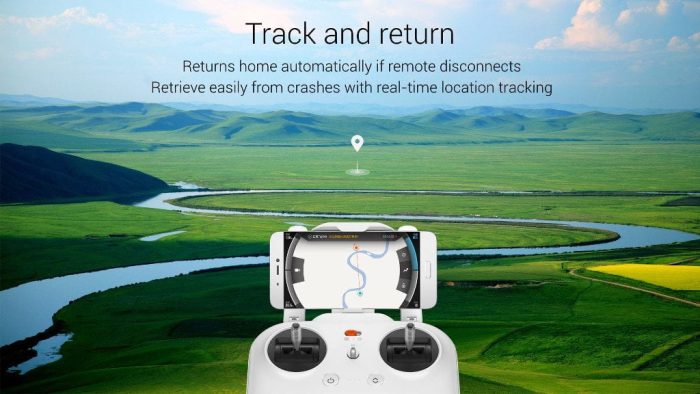 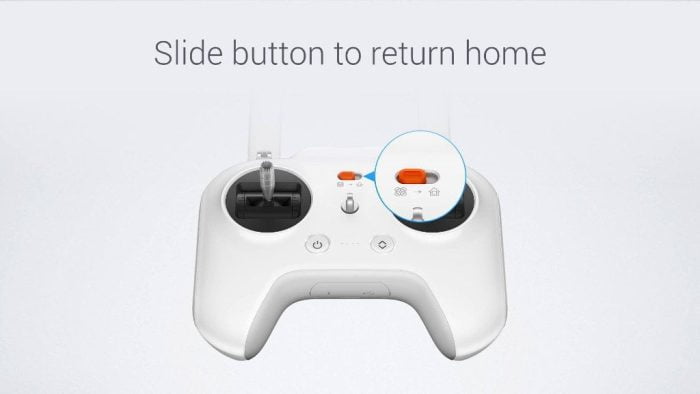 Particularly interesting is the so-called "Pointed Flight" Function. By the GPS and GLONASS Ability of the Mi drone, this can be meticulously controlled. If you let the Mi Drone app display the current map section, you can control the drone to exactly that point by setting a flying point. The actual flight is completely autonomous. In addition, several flight points can be departed in a row. Another feature is the "Surrounded Flight"causing the Xiaomi drone to fly around objects in circular motion and take 360 ° images. a automatic hovering, where the Mi Drone holds the current position, there is also. If the drone should slip away, it can do this over the "Return to Home" Call back function. 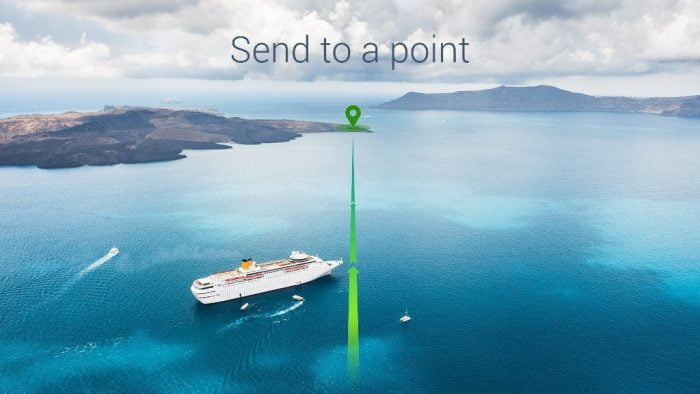 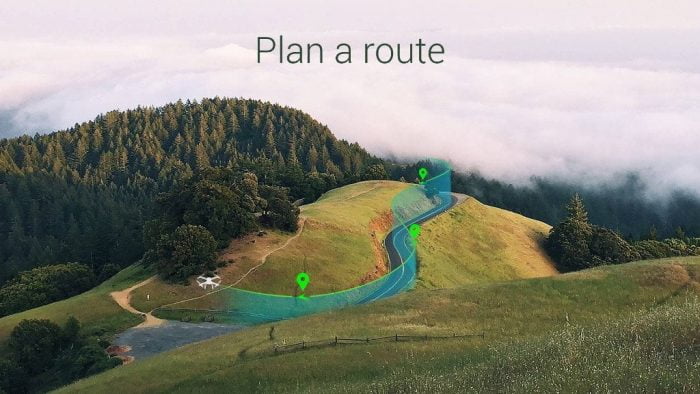 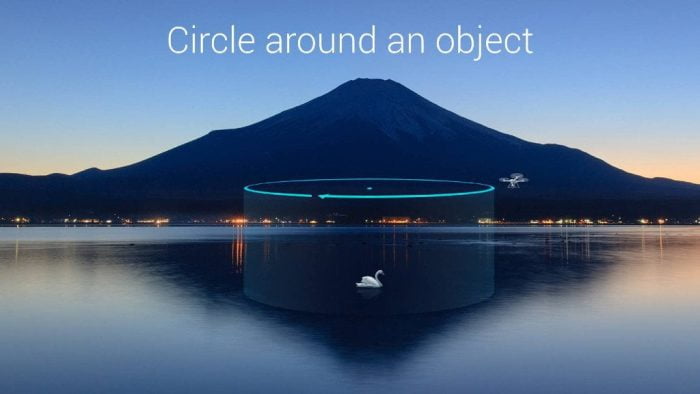 The 17.4V battery has a capacity of 5.100mAh, Thereby are Flight times from about 27 minutes quite possible. As soon as the battery reaches a certain low level and a continuation flight is unimaginable, the "Return to Home" function will automatically be activated. The Xiaomi Mi Drone is delivered ready to fly and also includes spare rotors. A propeller protection is included. 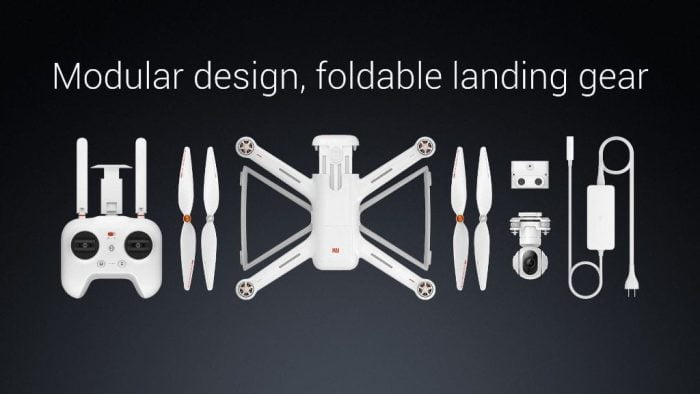 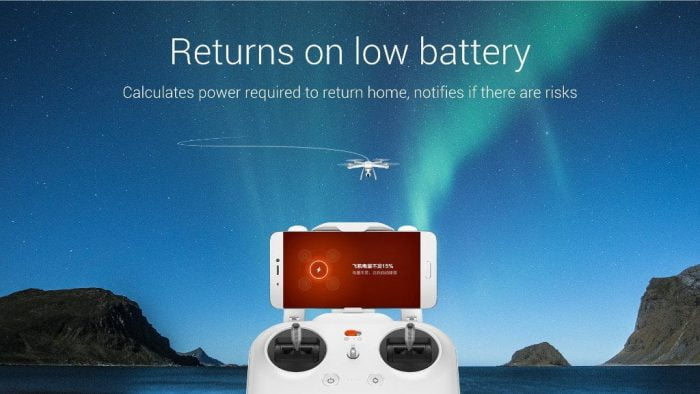 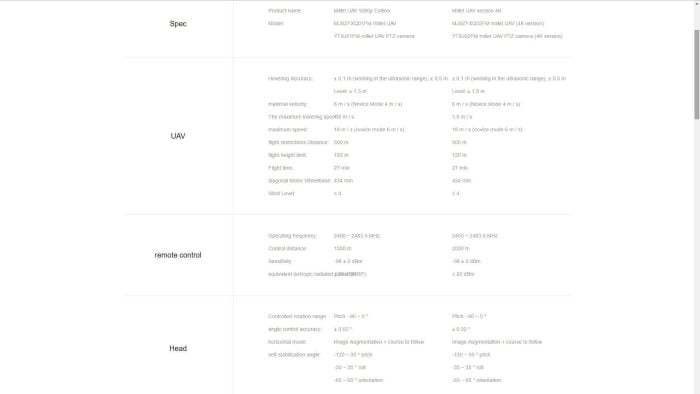 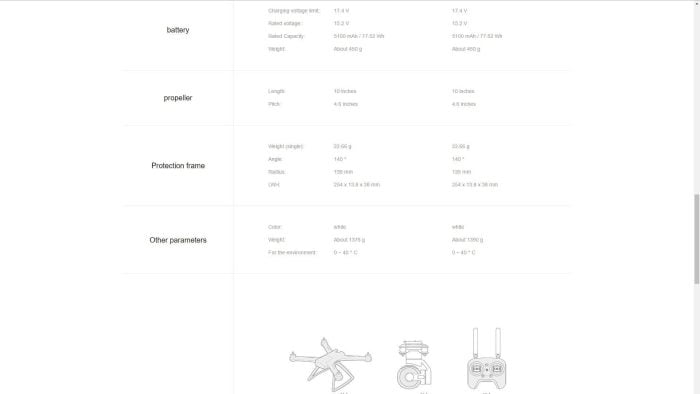 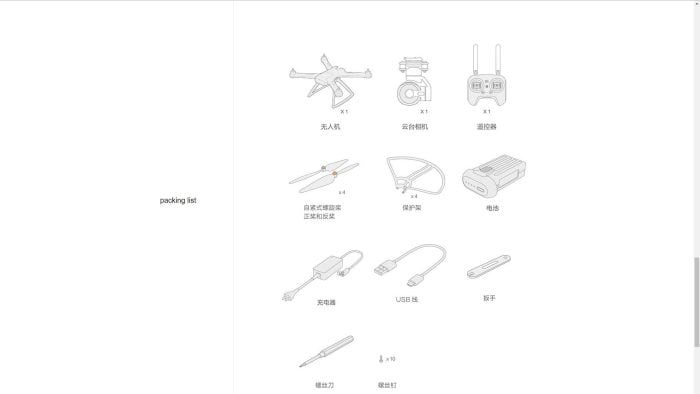 Thanks for the hint :). The official specifications of the Chinese Xiaomi website I attached to the article. Unfortunately, most dealers carry incorrect specifications / incorrect delivery.

Hi, do you know when the 4K version will be released? And what about a review, will you test the Xiaomi Mi Drone? greetings

Hi Elias, the 4K variant is currently sold out in China, as far as possible. I suspect that the Mi Drone 4K will be released here by September at the latest. Whether I test the drone I do not know. If so, I am updating this article. Of course you will find the review of Mi Drone here and on YouTube.

Thanks for the code! Worked.

Hello, I am interested in this Xiaomi drone for a long time. But I did not want the FHD, but the 4K and now that it's available I want to get the drone for the summer. What bothers me is that I've only seen them in these Chinalände. Can I order them only in China? Which shop can you recommend?

Hi Alexander, Xiaomi products are mainly distributed in China. That's why you have to import most products from China yourself. Recommended would be GearBest with the Germany Express shipping. This will get you the drone within 10 to 14 days and customs clearance will be handled by GearBest. Alternatively, TOMTOP offers a similar shipping, in which the customs clearance is taken over by the dealer.

Hello ???? I have a question! My drone only flies 500meter and we do not know why! However, however, have bypassed the beginner mode and started immediately ... would like to know if you have to adjust what the 2 km range can be reached! Thank you ????

Hi Elli, as far as I know it is a security feature that can be disabled in the GPS settings of the app.

Hi,
I need for the 4K gimbal MicroSD memory card, it is true, the max. an 64GB card is supported?
Which one do I take the best? Must be relatively fast because of 4K.

Hi, the information is mostly just a guarantee that maps in the memory size work in any case. As with most other cameras or action cams, it is quite possible that a higher capacity SD card will still work. For 4K recording, we recommend a high-throughput XX-XX 3 memory card with 10 MB / s and more. For example, I would take a SanDisk Extreme PRO or Samsung EVO Plus.

Great, thanks for the quick and informative answer! ????

When the battery is low, no return to home will be triggered!
She just lands on the spot.