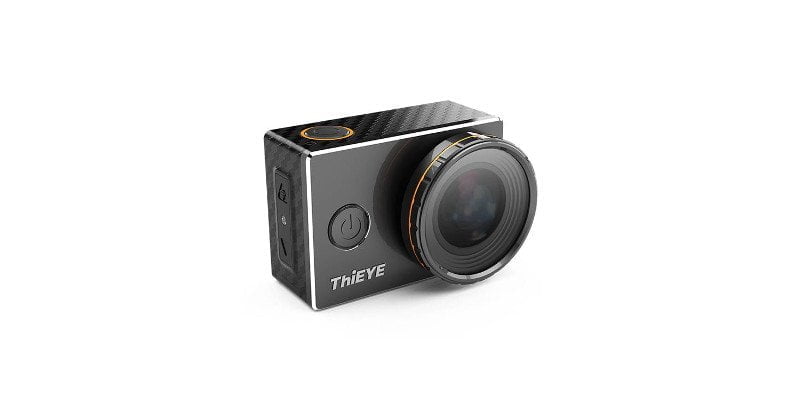 Since 2015 also mixes the Chinese Action Cam manufacturer "ThiEYE" on the action cam market and had his debut last summer with the ThiEYE i60. Also this year the manufacturer wants to release various Action Cams and also 360 ° Cameras. Still in July the newest model, the ThiEYE V5 appear. The special feature of this camera is the compatibility with different UV filters, which can be screwed directly onto the lens. Currently, the new ThiEYE camera is still waiting, which is why no reviews have yet been published. Nonetheless, we took a closer look at the ThiEYE V5 in this preview.

The ThiEYE V5 is an 2.3K camera with integrated WiFi module, This combination sounds rather unspectacular and is already present on many other action cams, but what makes this camera so special is the built-in hardware. Equipped with a powerful ThiEYE V5 Ambarella A7LS75 image processor, This was already used in the SJCAM SJ5000 Plus and was able to convince by a considerable performance. Ambarella image processors are also used by current GoPro models, which in turn speaks for the quality of the hardware used. 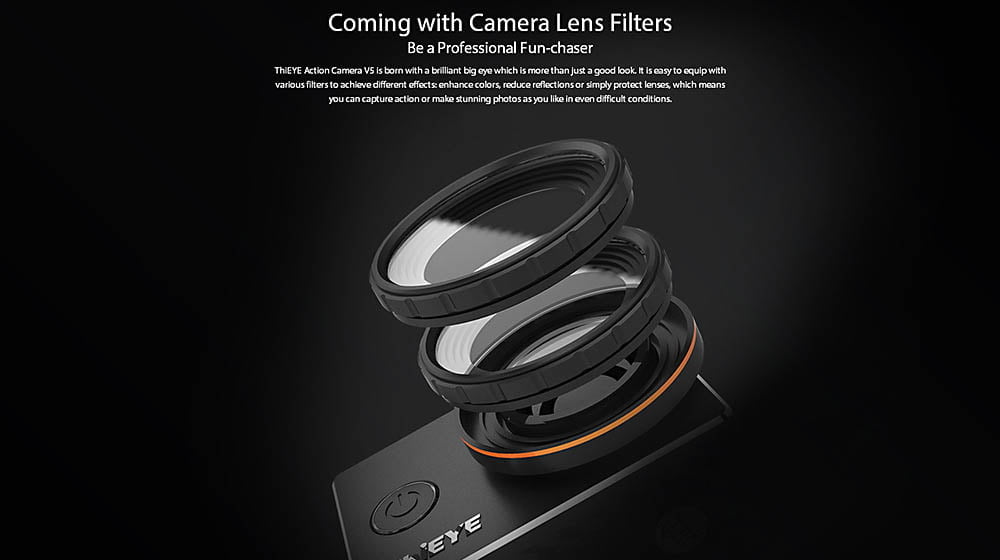 The image sensor is no stranger. Installed is a Sony IMX 206 image sensorwho is native with 16.35 Megapixel dissolves. The same image sensor is also used in the current SJCAM model "M20". This combination allows video recording up 2.3K (2304 × 1296 pixels) at 30 pictures-per-second, On 1080p even stately 60 and 30 pictures per second are possible. Lower resolutions are also available and allow considerable Slow motion shots (720p @ 120fps, 480p @ 240fps), Images are taken with a maximum of 16 megapixels. 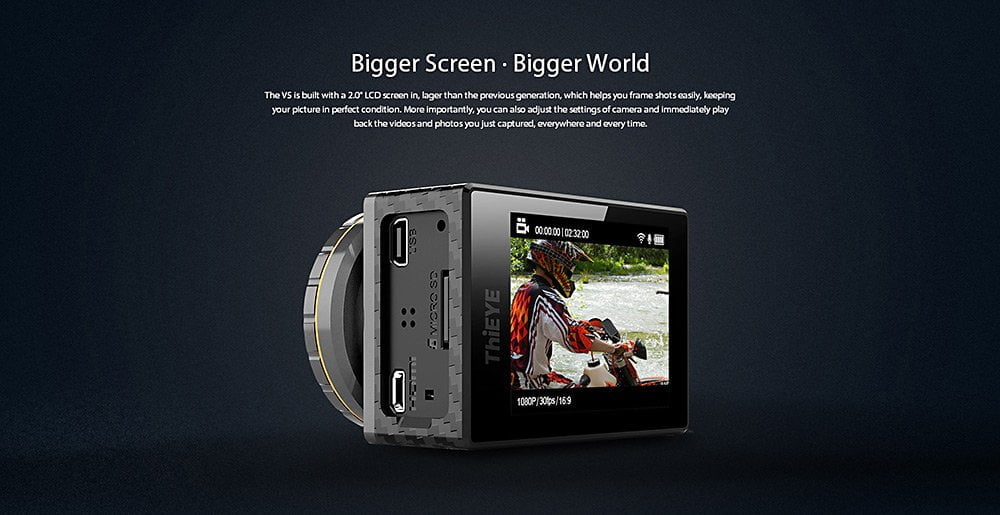 The lens of the ThiEYE V5 has one 170 ° wide angle, Probably the most interesting feature are the additional ones UV filterthat can be placed directly on the lens. Overall, there are 3 matching filters. Of the "CPL filter" removes unwanted reflections while protecting the lens from dust and possible breakage. With the "Gray filter" or "ND filter" a uniform darkening is produced. According to the product description of various dealers, the scope of delivery includes only one UV filter. Whether the other filters must be purchased or whether they are still included, is not yet known. So far, only the actual action cam is listed. 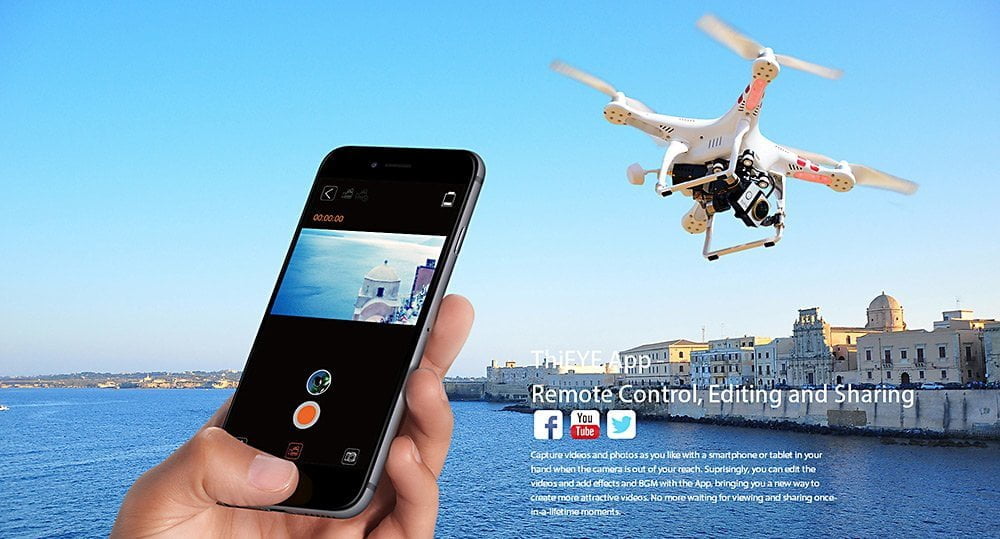 Another feature of the ThiEYE V5 is the 2 inch large LCD display, The connections of the camera amount to one Mini USB 2.0 socket and HDMI type-D female connector, The Micro SD card slot is too 64GB SD memory cards compatible. On the bottom of the case are the battery compartment and a tripod thread. Das Case (59 * 41 * 23.5mm) itself consists of a high quality Aluminum frame, Various LEDs notify about a recording in progress and the remaining battery level. About the integrated WiFi module builds the camera on its own Wi-Fi. To this one can connect afterwards with the Smartphone or Tablet and over the ThiEYE app control and configure the V5. Also noteworthy is the large battery of the ThiEYE V5. This one has one Capacity of 1180mAh, This will be Recording times of well 100 minutes possible.

As soon as the ThiEYE V5 has been released and we have received our test copy, the review will be published at this point!