by Timo2. April 2020
Roidmi has launched two new cordless vacuum cleaners. With 2 Pa suction power, the Roidmi NEX 2 and NEX 26500 Pro are currently the most powerful models from the manufacturer. The new status indicator on the display is particularly smart. Chinese prices start at 2099 yuan. To what extent the Roidmi NEX 275 Series is also available in Germany is not yet known.

Roidmi has announced the global launch of the NEX 2 Pro. The cordless vacuum cleaner is considered global Roidmi x30 pro appear. First, the vacuum cleaner will go on pre-sale on Indiegogo. Early Birds can pre-order it there for $ 499. The regular retail price is $ 465.

This would make the X30 Pro a good deal more expensive than its Chinese counterpart. It is not yet known when the Roidmi X30 Pro will be available.

The Chinese company is Roidmi Part of the Xiaomi ecosystem, for which it produces smart handheld vacuum cleaners. It started Roidmi F8, which we already had tested two years ago. In the meantime, many new cordless vacuum cleaners have been added to the range. The Roidmi NEX 2 Series, with the NEX 2 and NEX 2 Pro, is currently the latest, most powerful and smartest model series from the manufacturer. 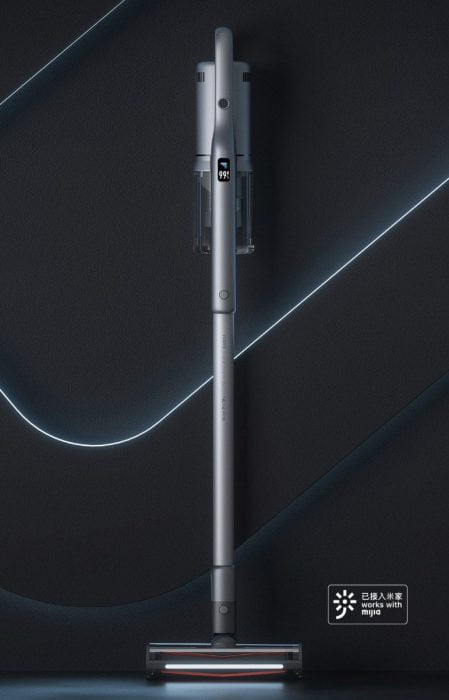 As always, the design is a matter of taste, but the Rodimi Nex 2 Pro is guaranteed not to hide. This is also shown by the numerous design awards (including Red Dot, iF) that the cordless vacuum cleaner has already claimed. A special eye-catcher is the color of the pro model. Instead of plain white there is a chic one Space Gray, combined with black brush attachment. The Dimensions of the cordless vacuum cleaner 1191 x 259 x 164 millimeters. Das Weight is pleasant 2.7 kg. In comparison, a Dyson V11 weighs just under 3 kilograms.

The NEX 2 Series introduced a smarter status display. The Roidmi NEX 2 Pro has one for this colorful OLED display installed. Remaining information Remaining battery, error messages, the filter status and the remaining capacity of the dust container can be recognized in no time. The test will show whether it was a good decision to place the display below the handle and not at the upper end of the vacuum cleaner as with models from other manufacturers. Like the previous models, this cordless vacuum cleaner can also be App manage and operate. 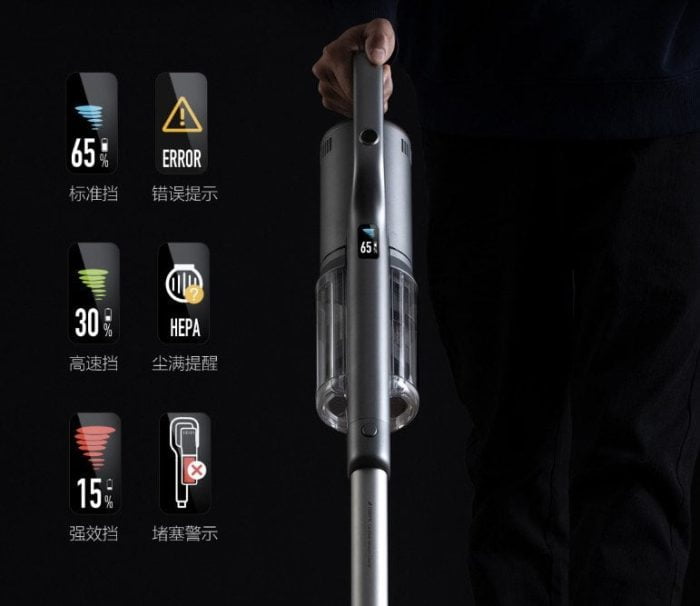 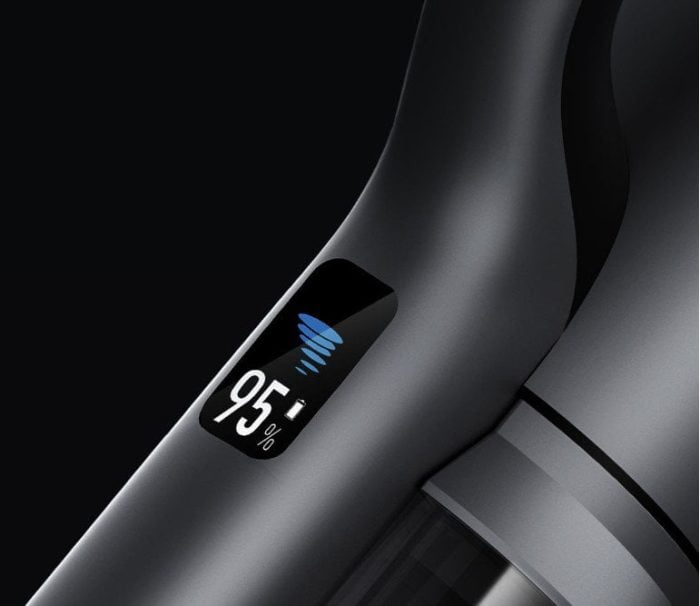 So that the cordless vacuum cleaner does not run out of juice after a short distance, the new one also comes BMS-X 2.0 battery system for use. A total of 8 high quality Samsung / LG cells form the 2500 mAh (72 Wh) strong battery. In standard mode, the Running time up to 70 minutes amount, which in turn corresponds to an area of ​​450 m². At the highest level, the runtime is reduced to 10 minutes. The magnetic charging cradle charges the battery within 2.5 hours. 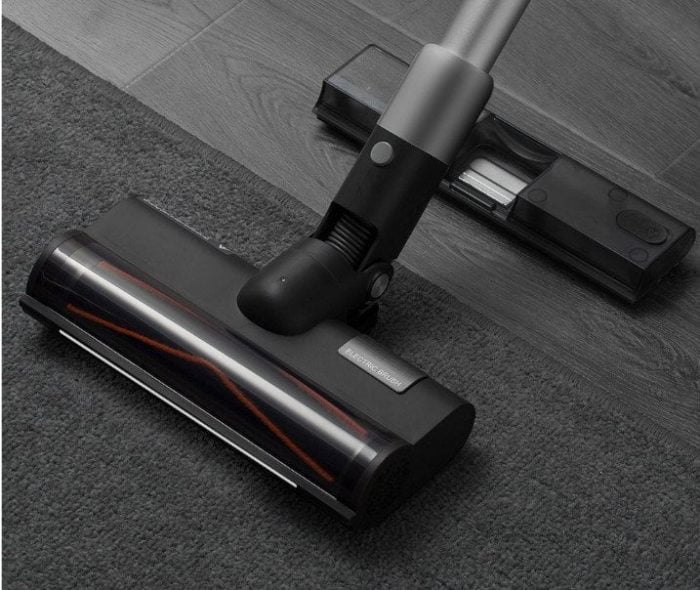 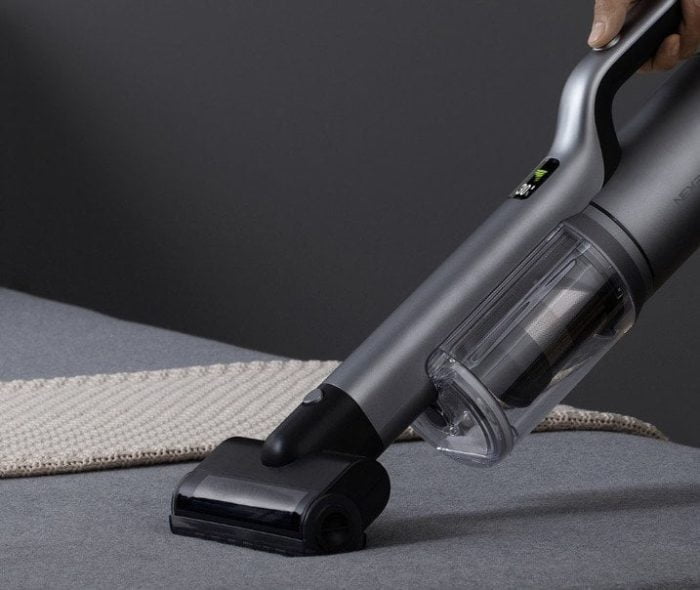 The dust container has a capacity of 0.55 liters. The trapped dirt gets through 6 filters headed. Two HEPA filters capture particularly fine particles so that they are not released back into the environment. The removable dust chamber can be emptied at the push of a button. The Roidmi NEX 2 Pro is suitable for cleaning hard floors, carpets and upholstery. The scope of delivery includes 5 attachments and extensions for various purposes. 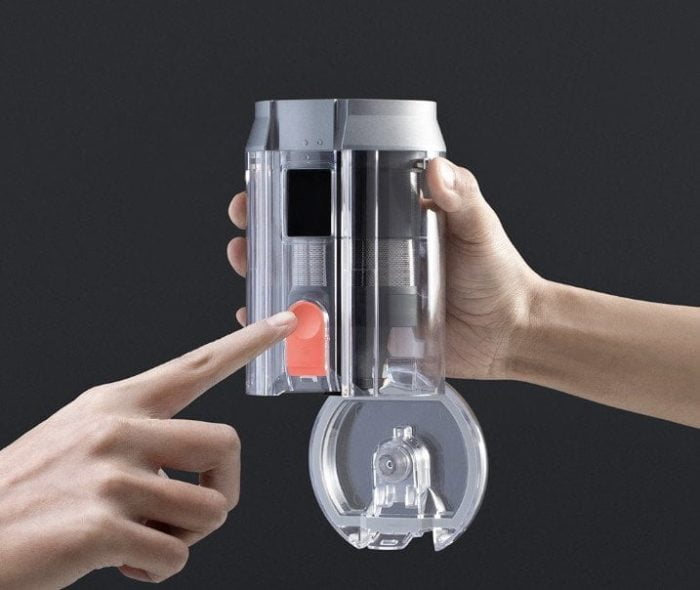 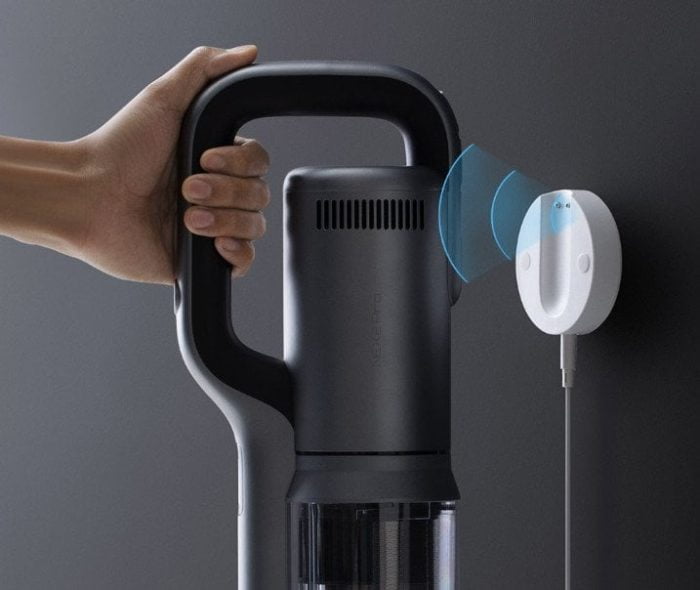 The economy model of the NEX 2 Series dispenses with the great Space Gray look and is only available in white. The other differences are in the details. Instead of an OLED display, there is only an ordinary LED display. The included attachments make a further difference. The flexible extension with animal hair attachment is not included.

Roidmi presents two very competitive cordless vacuum cleaners. What catches the eye besides the chic design and the remarkable performance are the prices. The NEX 2 there is already 2099 yuan what converted 275 euros equivalent. Of the NEX 2 Pro in turn costs 2499 yuan, which is about 325 euros corresponds. Of course, these are the Chinese sales prices, which are not taken over in this way. It is also not (yet) known how the Roidmi NEX 2 Series will appear in the Western markets. But the chances are good. All previous models have also appeared in this country. So it remains to be seen what awaits us in the coming weeks.

How do you like the new Roidmi NEX 2 cordless vacuum cleaners? From there in the comments or in the Facebook fan group.

Hi Tim, 77 decibels, hmm ... is that still bearable? What are the values ​​for the other two levels? I fluctuate between the zeei models 20nex storm and the latest ... only € 60,00 is not that much difference ... thanks for your answer in advance ...

Hi Annette, this is Timo;), unfortunately I can't tell you much about the vacuum cleaner. This is only a preview and not yet a review. But we are trying to get a test device. Then I can answer your question :).