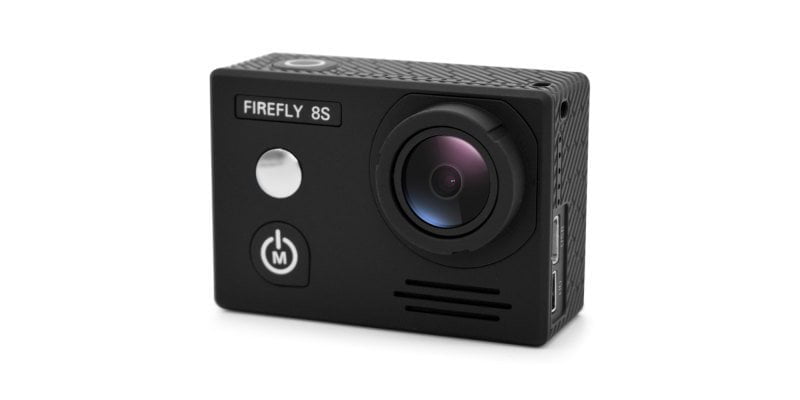 by Timo4th of June 2018
Only a few weeks ago it was announced that Hawkeye has a new action cam in the band. Meanwhile, the current 2017er model "Hawkeye Firefly 8S" is available. What features the Action Cam has to offer and our first assessment of the camera, we have summarized in this article.
Overview
Manufacturer/Model

Action Cams by Hawkeye are among the better action cams from China. In addition to a solid hardware combination, the models of the Firefly series are also very popular within the community, as the manufacturer regularly releases firmware updates for its Action Cams. Inside, a combination works out Ambarella A12S75 image processor and an 12.40 megapixel Sony IMX117 image sensor, This combination is also used by many competing models (eg ThiEYE T5e or SJCAM SJ7 Star) and could just look through the native 4K video recording function and the low price, prove by an excellent price-performance ratio. How to estimate the video quality of the Hawkeye Firefly 8S, you can see the following two videos.

Update: Originally the action cam was with a 170 ° wide angle presented. Meanwhile, the camera is also called "No Distortion" variant with a 90 ° wide angle available!

Like already the Hawkeye Firefly 7S The Firefly 8S also offers an electronic Image stabilization using an 6-axis gyroscope, How the image stabilization beats, will show up in upcoming tests. At least the predecessor was well-optimized and delivered acceptable results. On the back is a 2 inch large LCD displayexploding with 640 x 480 pixels. An operation via touch screen is not available. The connections amount to one micro HDMI and Micro USB socket, as well as one Micro SD memory card slot, Especially interesting is the possibility external microphone to connect with the camera, so that a much better sound recording can be achieved.

Wirelessly, the Firefly 8S over WiFi and Bluetooth be addressed. With the right one Firefly Appwhich is also available in Google PlayStore, the Action Cam can be completely remotely controlled and you have direct access to the recordings stored on the SD memory card. Also worth mentioning is the 1.200 mAh strong battery, which is slightly larger compared to competing models. The manufacturer promises runtimes of 99 minutes. A quite realistic value, unless you include in 4K. On 4K, values ​​between 60 and 70 minutes are realistic. But even here will only show in the first tests, how it actually behaves with the battery life.