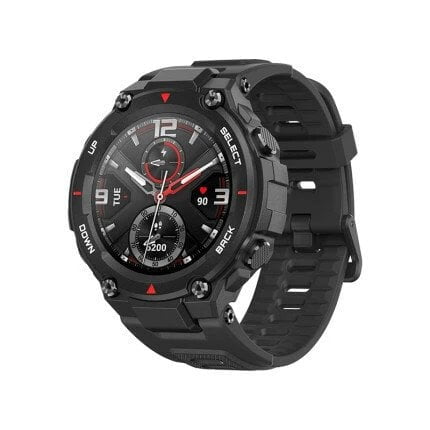 Huami can also do outdoors and has brought the Amazfit T-Rex onto the market for this purpose. The T-Rex is aimed at all sports enthusiasts who need a somewhat more robust smartwatch. The massive plastic housing, held by four screws, which surrounds the 1.3 inch AMOLED display, is striking. According to Huami, the smartwatch is waterproof (5ATM) and can withstand extreme temperatures from -40 ° C to 70 ° C. The particularly wide silicone bracelet is flexible and robust at the same time. The smartwatch is available in black, gray, khaki and camouflage. 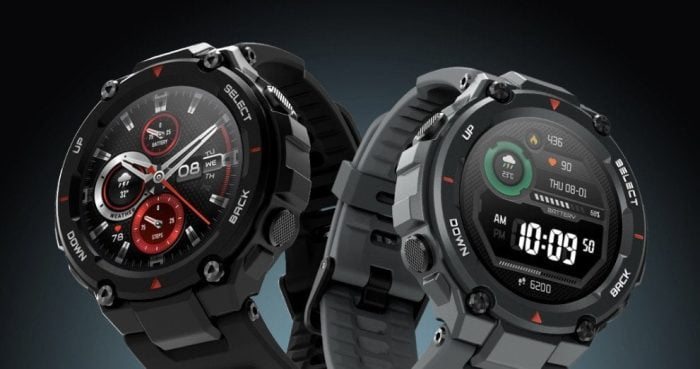 The smartwatch can be operated primarily via the touch display and the control buttons on the side. The functions are identical to the other Amazfit watches. The Amazfit T-Rex also relies on the proprietary Amazfit OS. 14 sport modes, a notification function, a weather function, an alarm clock, a timer and a countdown await the wearer. Unfortunately, there are no special outdoor functions. 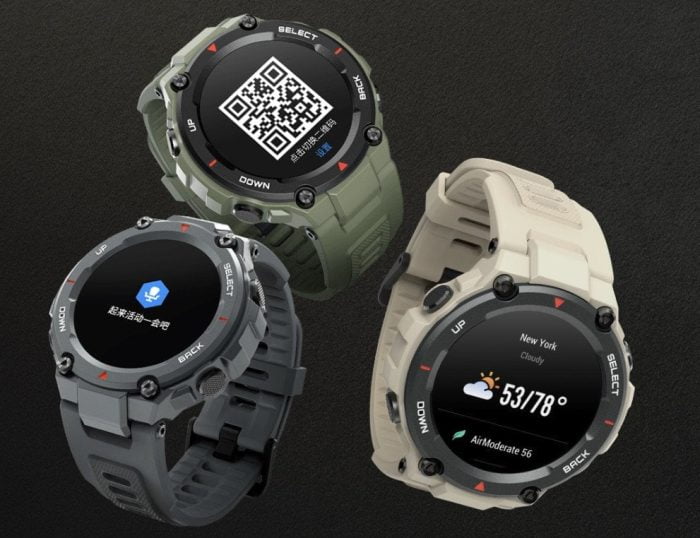 The heart rate is measured by a BioTracker PPG pulse monitor. The T-Rex uses GPS for precise tracking of daily activities. The average battery life (390 mAh) is around 20 days. The battery even lasts for 2 months in standby.

Super smartwatch in the design of a GShock watch. 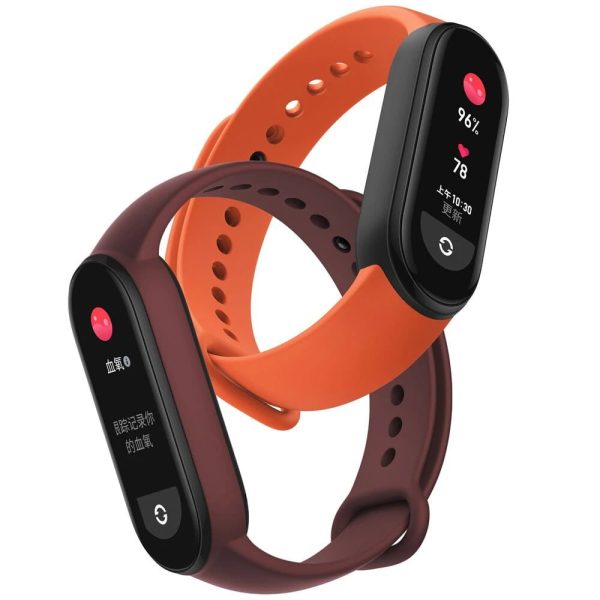 Xiaomi Mi Band 6 product details Smart fitness bracelets are a dime a dozen, but a manufacturer can stand out from the crowd. The...