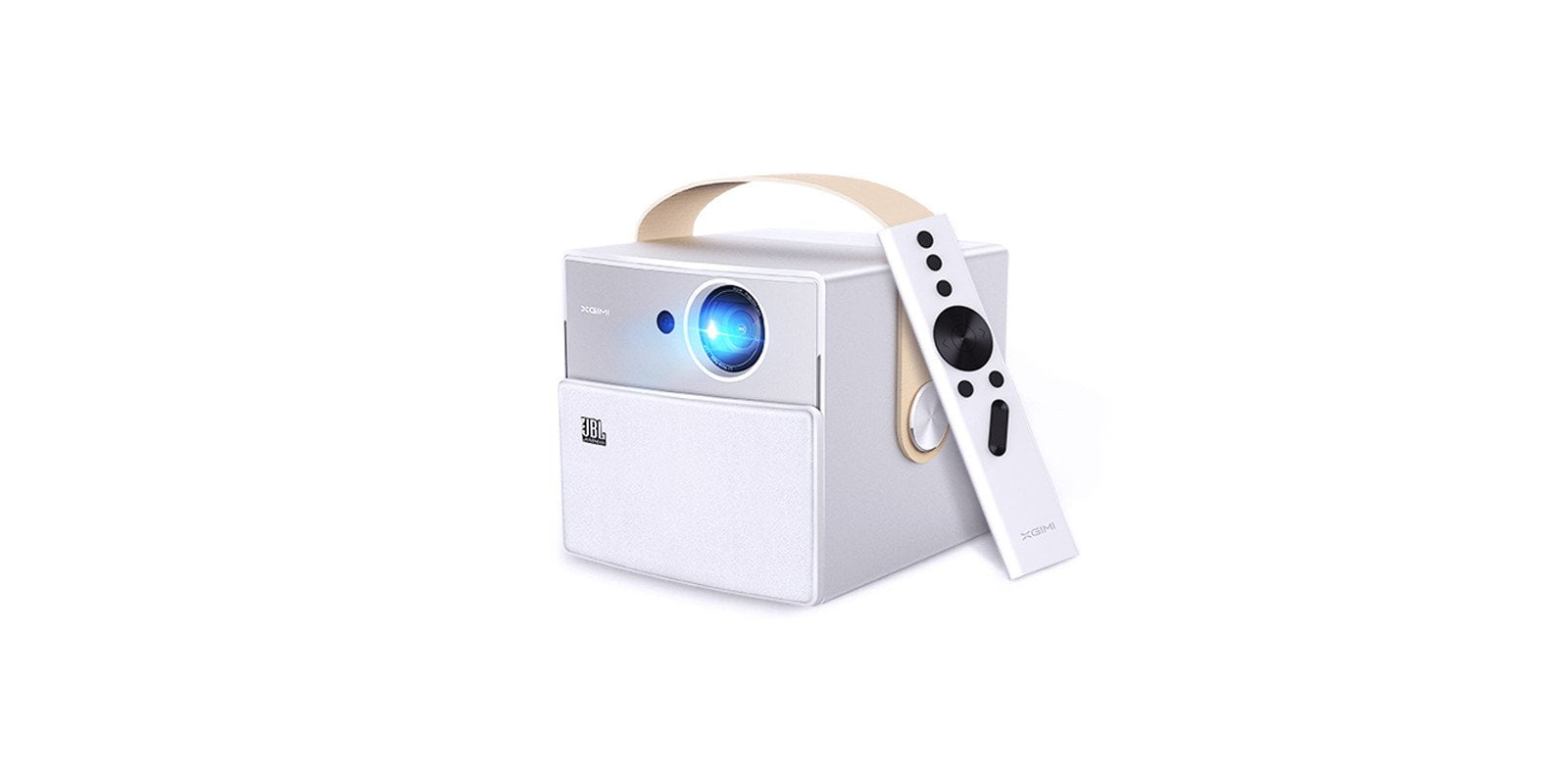 At least since then  XGIMI H1  the manufacturer "XGIMI", which specializes in projectors, was able to make a name for itself in this country as well. The focus is on inexpensive “all-in-one” projection solutions that are equipped with high-quality loudspeaker systems from Harman / Kardon or, in the case of the XGIMI CC, with a loudspeaker system from JBL.

The CC Aurora is designed so that you can take it with you almost anywhere. The cube-shaped, metal housing of the mini projector measures just 13.80 x 13.50 x 11.90 cm and weighs just 1.5 kg. A striking design feature is the practical leather handle, which makes the projector easy to transport. Regardless of whether you decide to spontaneously watch sports with friends or want to present your holiday photos at the next garden party, the XGIMI CC projector is flexible and versatile.

You don't have to worry about a player or a loudspeaker with this projection solution either. The CC Aurora is a playback and playback device as well as a loudspeaker in one.

The projection takes place via a native 720p resolution DLP chip from Texas Instruments in combination with a 1400 lumen RGB-LED light source (350 ANSI lumens). The focus is automatic. A vertical and horizontal keystone correction is available. XGIMI specifies the dynamic contrast ratio as 5000: 1. The projection distance is between 1 and 3 meters with a maximum projection size of 180 inches (projection ratio 1.1: 1). The working volume of the projector is around 30 dB. The service life of the LED light source is given as 30.000 hours. For power supply, the projector is equipped with a 20.000 mAh battery, which enables a running time of up to 8 hours. At the same time, the device can also be connected to an external power source. The power consumption is a maximum of 55 watts. 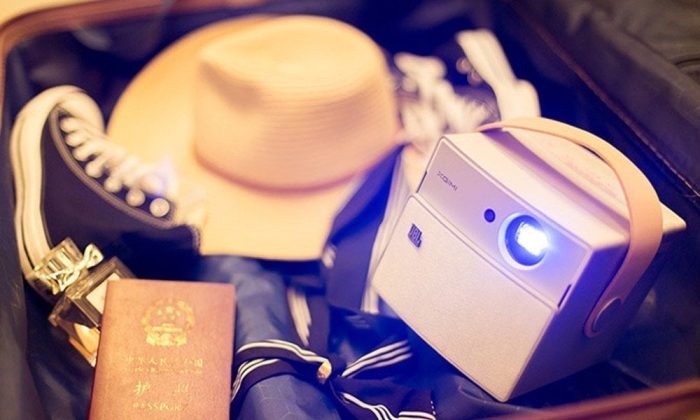 The integrated media center "GMUI" is a user interface based on Android 5.1.1. A powerful combination of the MSTAR 6A638 dual-core processor, a 1GB DDR3 main memory and a 16GB eMMC flash memory enables a wide variety of playback formats to be played. The playback of 4K and also 3D content is possible. An integrated WiFi module (802.11 a / b / g / n / ac) can be used to transmit films directly to the projector via DLNA, MiraCast or AirPlay Stream. With the support of Bluetooth 4.0 BLE, external peripherals can also be connected wirelessly. The connection options amount to two USB 2.0 sockets, an HDMI socket and a 3.5 mm jack audio output. The user interface is operated using the remote control supplied, control buttons on the top of the projector's housing or using a mobile device (iOS / Android app). 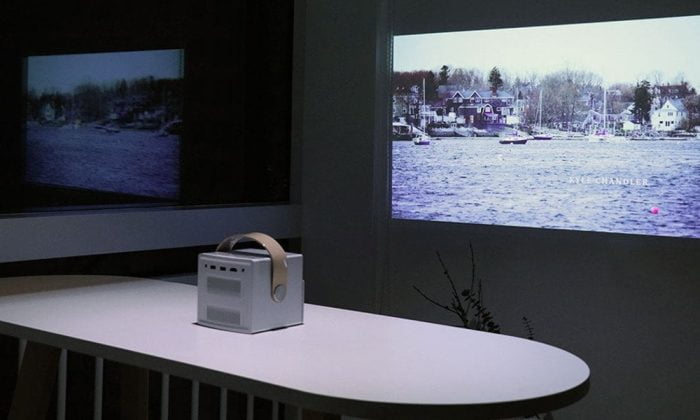 In addition to media playback, the Android user interface also allows the subsequent installation of apps. According to XGIMI, the CC Aurora Beamer is able to play DRM protected content. Netflix and HBO can be used this way, for example. The Mali-T720MP2 graphics unit also enables one or the other mobile game.

A powerful stereo sound is generated by two 40 mm loudspeakers and a passive subwoofer. The speaker system is manufactured by JBL. In combination with the Android user interface, the XGIMI CC Aurora can also be used purely for music streaming or as an external Bluetooth speaker.

The sale of the XGIMI CC Aurora has started. First dealers have already included the compact projector in their product range. We try to get a test copy of the beamer! 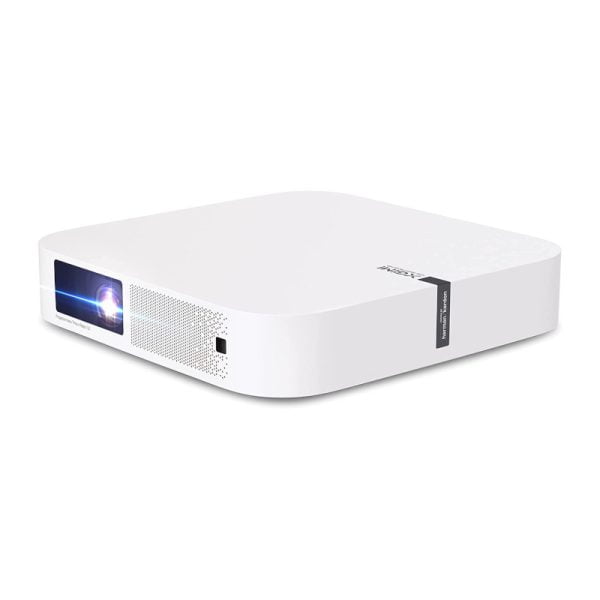 XGIMI Elfin in the test - compact 1080p projector without (many) compromises!

The XGIMI Elfin is a tiny one among the home projectors that, with native FHD resolution, 800 ANSI lumens, Sound by Harman Kardon and Android TV OS, has some...