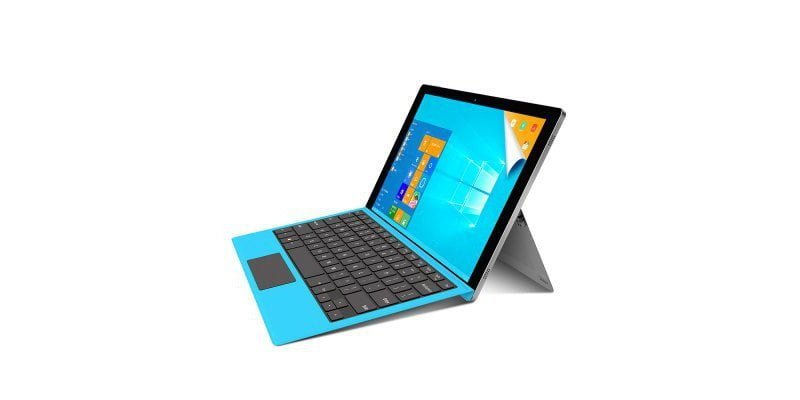 With a price of almost 300 €, the Teclast TBook 16 Power is one of the more expensive tablets from China. Accordingly, one expects high quality workmanship and an attractive design. In order to meet expectations, the entire tablet, which is 30.30 x 17.95 x 1.00 cm, is made of a CNC milled aluminum housing and weighs a moderate 897g. A special feature is the fold-out stand on the back of the case. This means that the TBook 16 Power can be used upright without a case. In combination with the matching keyboard, the tablet can also be used as a notebook.

Teclast uses the currently most powerful Intel “Cherry Trail” Atom processor with the designation Intel Atom X16-Z7 in the TBook 8750 Power. This processor is overall slower than a Core M processor, which is mainly used in netbooks, but occasionally also in tablets (see Cube i7 BookHowever, the Intel Atom X7-Z8750 is also characterized by a lower power consumption and waste heat (thermal throttling excluded). Interestingly, Teclast has integrated a massive amount of 8GB memory. A smooth operation of Windows 10 or Android 6 is nothing in the way with this configuration. Even one or the other Windows Game can be played smoothly with this tablet. Current and older source engine titles can be played with appropriate settings quite with average 25 pictures-per-second. However, the main focus should be put on everyday office activities and common tablet applications.

An interesting feature is the ability to boot two operating systems on the tablet. In addition to Windows 10, Android 6 is preinstalled and can be selected as OS before starting the tablet. This results in completely new possibilities. If you prefer in the best couch Potato manner on the way, for the Android is recommended. If you want to switch to the workstation, you simply boot Windows 10. All applications and other files have a total of 64GB eMMC memory available. If this memory is too low, you can extend the internal memory by adding a MicroSD memory card with additional 128GB.

Like the TBook 16S, the Teclast TBook 16 Power also uses a 10.6 inch full HD (1920 x 1080) IPS display. Teclast does not give any details about the exact name of the display, but it can be assumed that the panel from the predecessor was probably adopted. Isolated test reports on the web confirm this assumption. Above all, the maximum display brightness, which is comparatively low, is criticized. The viewing angle stability and the representation of the colors were often rated average. The touchscreen used also supports input through an active stylus. This pen (~ 17 €) is not included in the scope of delivery, but must be purchased separately. The same applies to the docking keyboard (~ € 35). 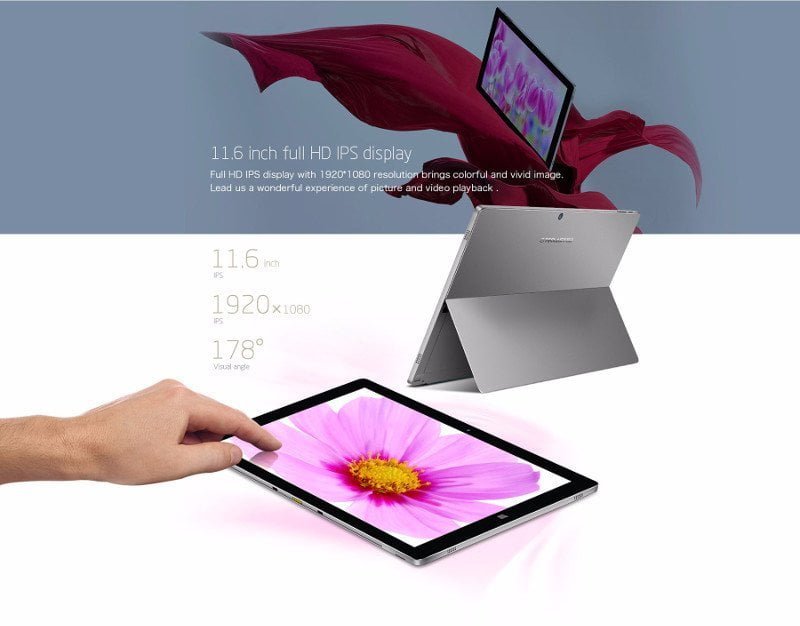 The connectivity of the Teclast TBook 16 Power is a USB Type-C female connector, a conventional USB Type-A 3.0 female connector, a Micro-HDMI-Out, a 3.5mm headphone jack and of course a DC jack to charge the tablet. Wireless transmission is possible via WiFi (802.11b / g / n) and Bluetooth 4.0. The battery has a capacity of 8.500 mAh. The running time ranges from about 5 to 7 hours, depending on which operating system you are currently using and how the tablet is used. 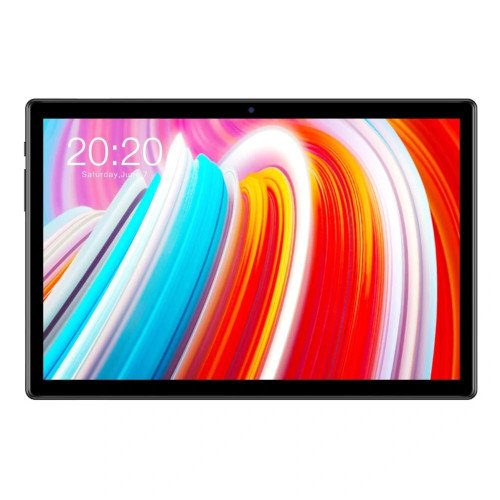