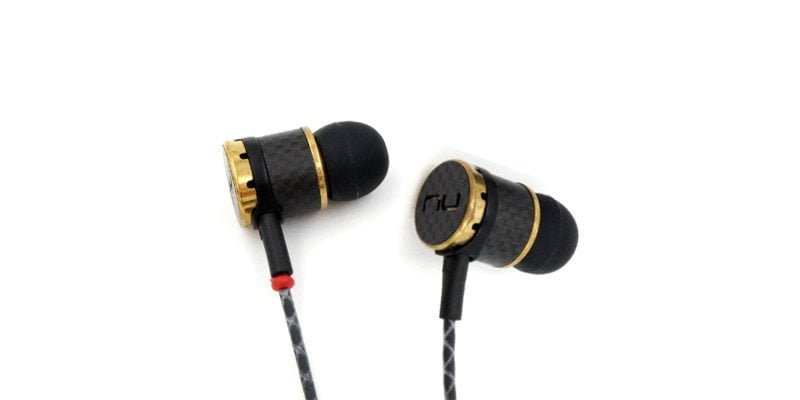 by Timo22. May 2017
The Optoma NuForce NE800M is an affordable hi-fi headphone that promises a detailed sound through its brass audio jets surrounded by an ultra-lightweight carbon fiber case. Whether the in-ear headphone actually produces a premium sound, more about this in this review.
Overview
Manufacturer/Model

First impression of the NuForce NE800M

The scope of delivery of the NuForce NE800M is impressive. The in-ear headphones will be complete with one compact case delivered. At the same time sets Optoma three pairs of silicone pads in sizes S, M and L, as well two pairs of comply pads in M and L at. The Comply earmolds are so called "Memory foam" made, which adapts perfectly to the ear canal and thus effectively isolates noise and guarantees the best possible wearing comfort. A little clip To attach the In-Ears is also included. 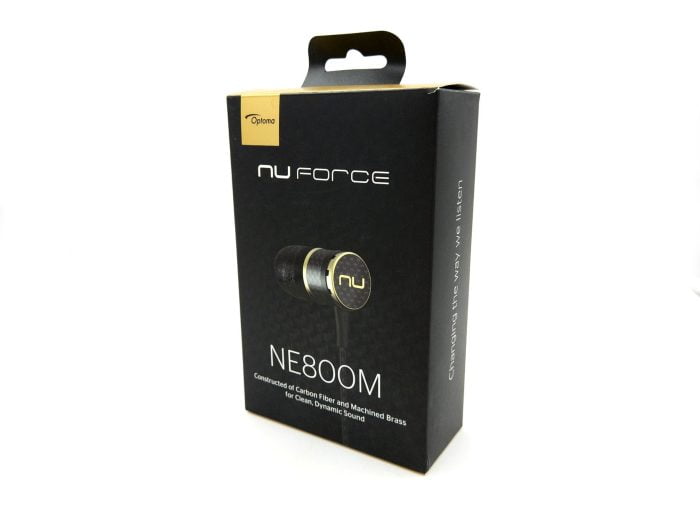 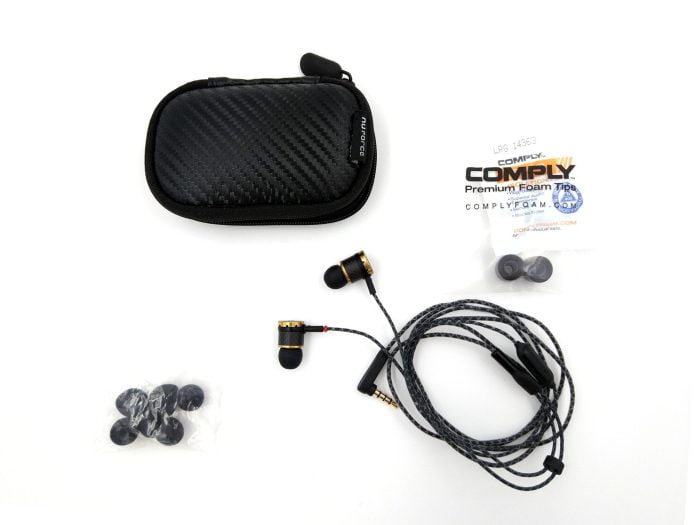 My first impression of the NuForce NE800M initially only refers to the exterior of the in-ear. By the Combination of carbon fiber and brass the in-ear offers an appealing design and is also especially light (18g).

1.37 meter long cables the headphone is rubber jacket and leaves a solid impression. The possibility to replace the cable does not exist. A Cable remote control including microphone is present and is located on the cable of the left in-ear unit, whereby the microphone is at the mouth level when wearing the NE800M. The wired remote control is equipped with a multifunctional button, which can be used to control music playback or make phone calls.

The separation between left and right in-ear unit is clearly marked. For better differentiation, there is an additional red mark on the right unit. The in-ear is connected via one 4-pole 3.5 mm angle jack plug, The processing of the entire in-ear headphones is not objectionable. 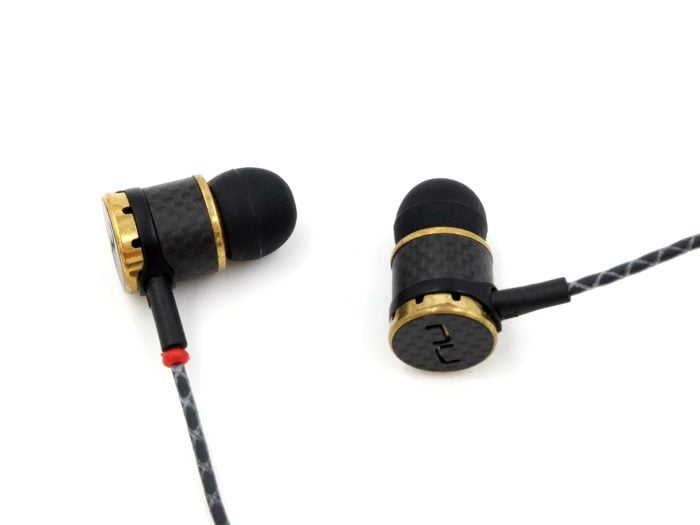 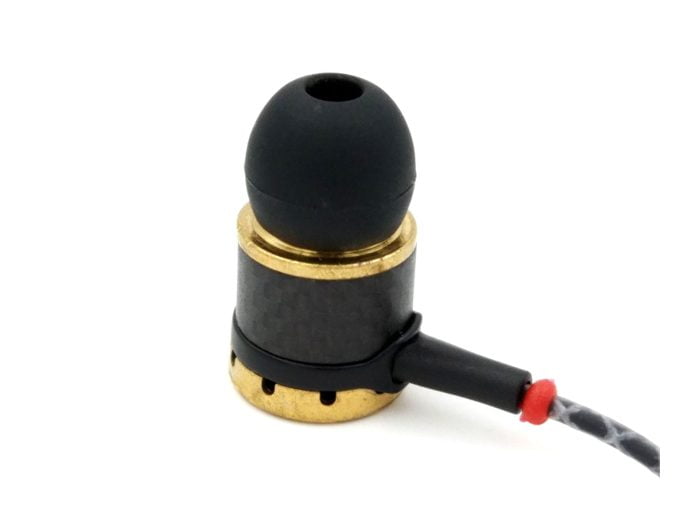 When I first set up the NE800M I immediately got the very dominant bass noticed. Especially the mid-bass and upper bass are emphasized, but they are anything but intrusive. In short - the NE800M is perfectly tuned. The middle range sounds pleasantly warm, the heights seem downright gentle and vocals are delivered crisply accurate. For example, listening to the song "Last Flowers" by Radiohead, the coordination between the subtle piano and the vocals of Thom Yorke is consistent and at no time harsh or superimposed. Both in powerful moments, but also in soft sounds, the in-ear provides a suitable sound.

No matter which music genre you hear, the NuForce NE800M is almost an already perfect all-rounder, Especially with metal and electronic music, the powerful bass and warm midrange convince tremendously. But even in audiobooks or films, the in-ear headphones by the well-received voices and the high degree of detail surprisingly well.

By the way: The NE800M only develops its full potential after a "burn-in" of about 100 hours! 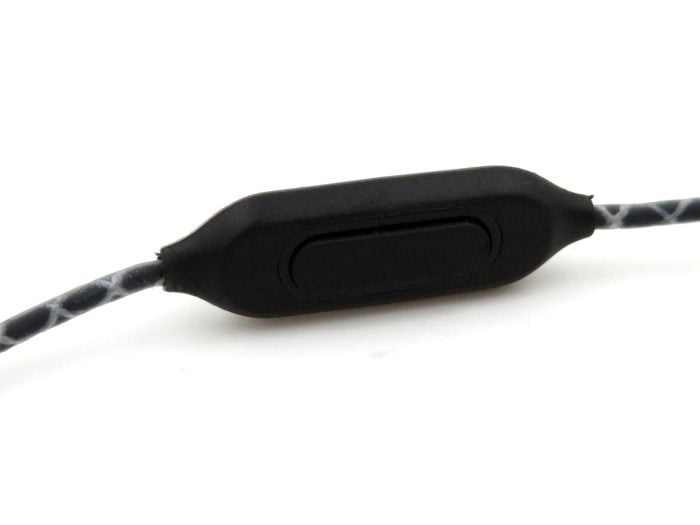 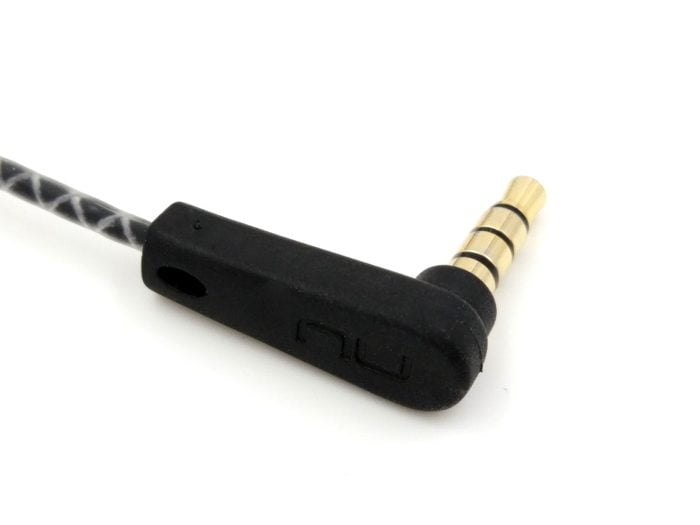 The cable remote control regulates the music playback, as well as it can take calls and make over the built-in microphone. Unfortunately, the remote has no volume control, which is disadvantageous especially for smartphone users. Entries via the one-button wired remote control were easily recognized in the test. 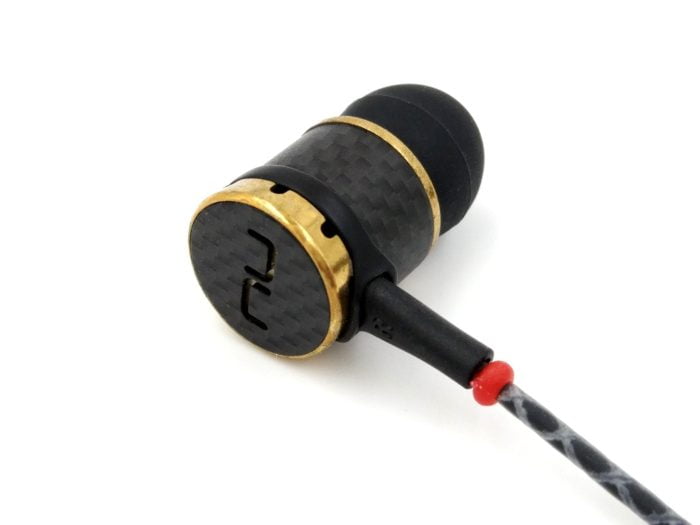 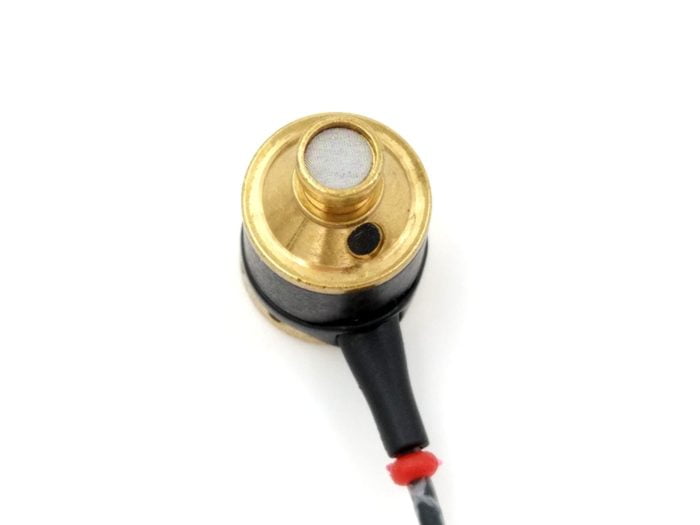 Wearing the in-ear "Over-ear" and "hanging", Due to the rather close placement of the wired remote control on the sound unit, however, the "hanging" wearing of the NE800M is recommended. The wearing comfort is not objectionable. With the included Comply earmolds the in-ear sits perfectly in the ear. disturbing cable noise have not occurred through the rubberized headphone cable.

The Optoma NuForce NE800M is clearly one of the best all-round in-ear headphones. In addition to an attractive design, a good fit and a proper delivery, the NuForce in-ear headphones also offers a convincing sound. No matter what style of music you hear with the headphones, or whether you use it for an audiobook or a movie, the NE800M in-ear is superbly tuned and shines through powerful bass, a warm midrange and gentle highs.

Hello, I'm looking for a better in-ear and I happened upon this latest review. I do not want to spend more than 120 €. I listen to music and sometimes I listen to podcasts. I'm mostly on the train, so the headphone would have to isolate noise well. How about the noise insulation here? And what about the brass, does it fog quickly? I hope you can help me there.

Hi, with the NE800M you do not go wrong. If you really hear music from every direction, the in-ear is a great choice. The noise isolation is really great with the Comply Earpads. So you can listen to undisturbed music / podcasts. Brass mounts quickly and the in-ears here are no different. Nevertheless, I think that the appearance does not suffer.