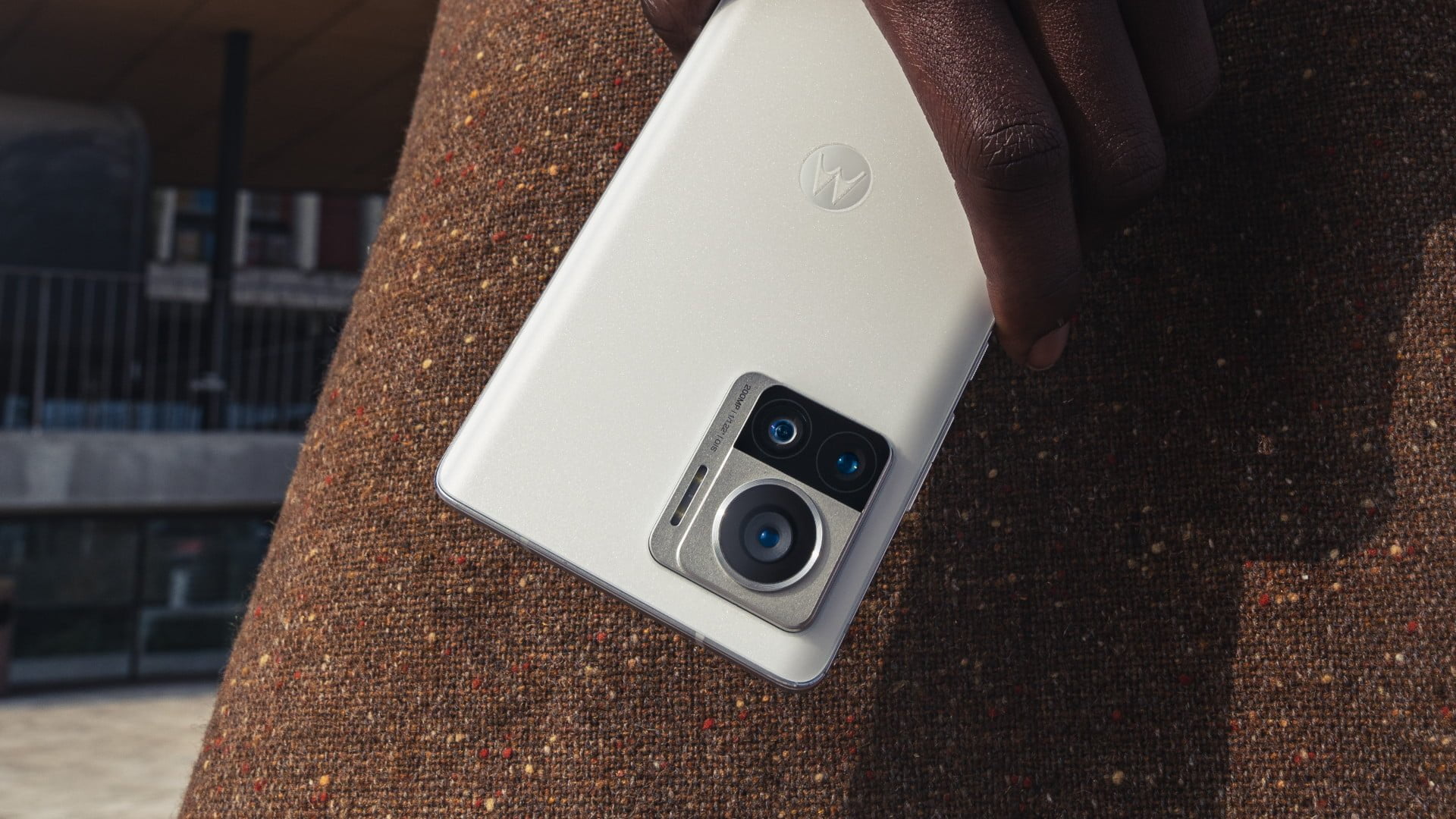 Motorola's Edge 30 series isn't over yet. After the Motorola Edge 30 Pro (our test) and Edge 30 appeared, Motorola expands the smartphone series by three more models. The Motorola Edge 30 Ultra emerges as the new flagship smartphone, which is equipped with a 200 MP main camera for the first time in the industry. The built-in sensor is the ISOCELL HP2021 presented by Samsung at the end of 1 with a 1/1,22″ sensor size and a 0.64 μm pixel density, which, contrary to all rumors at the time, did not make it into the Samsung Galaxy S22 Ultra. 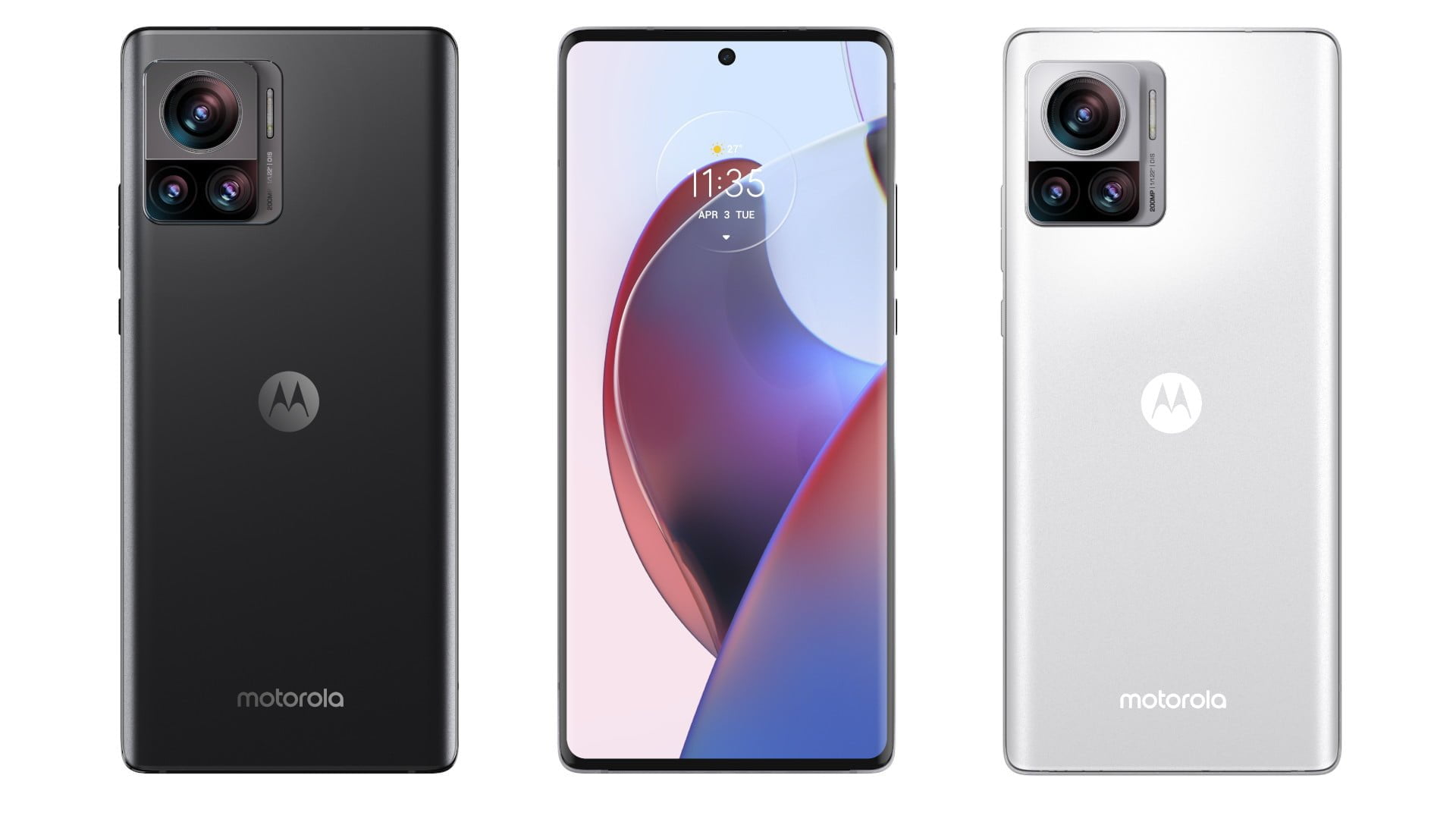 The Motorola Edge 30 Ultra in Starlight White and Interstellar Black

With the ISOCELL HP1, Samsung has also introduced a new pixel binning process. The sensor is capable of blending pixels in 16:1 or 4:1 ratios, resulting in larger 2.56 µm or 1.28 µm pixels respectively. The resolution is lower by the same factor (12,5 MP or 50 MP), but the big advantage is that pixel binning achieves higher light sensitivity and visible image noise almost disappears.

The main camera of the Motorola Edge 30 Ultra is supported by optical image stabilization (OIS). The aperture is f/1.95. Videos can be recorded in 8K30, 4K60 and even 4K30 HDR10+, among others. The two other cameras are divided into a 50 MP ultra wide-angle camera with f/2.2 aperture, 114° field of view and macro function, and a 12 MP telephoto camera with 2x optical zoom and f/1.6 aperture. A 60 MP front camera with f/2.2 aperture is responsible for selfies. 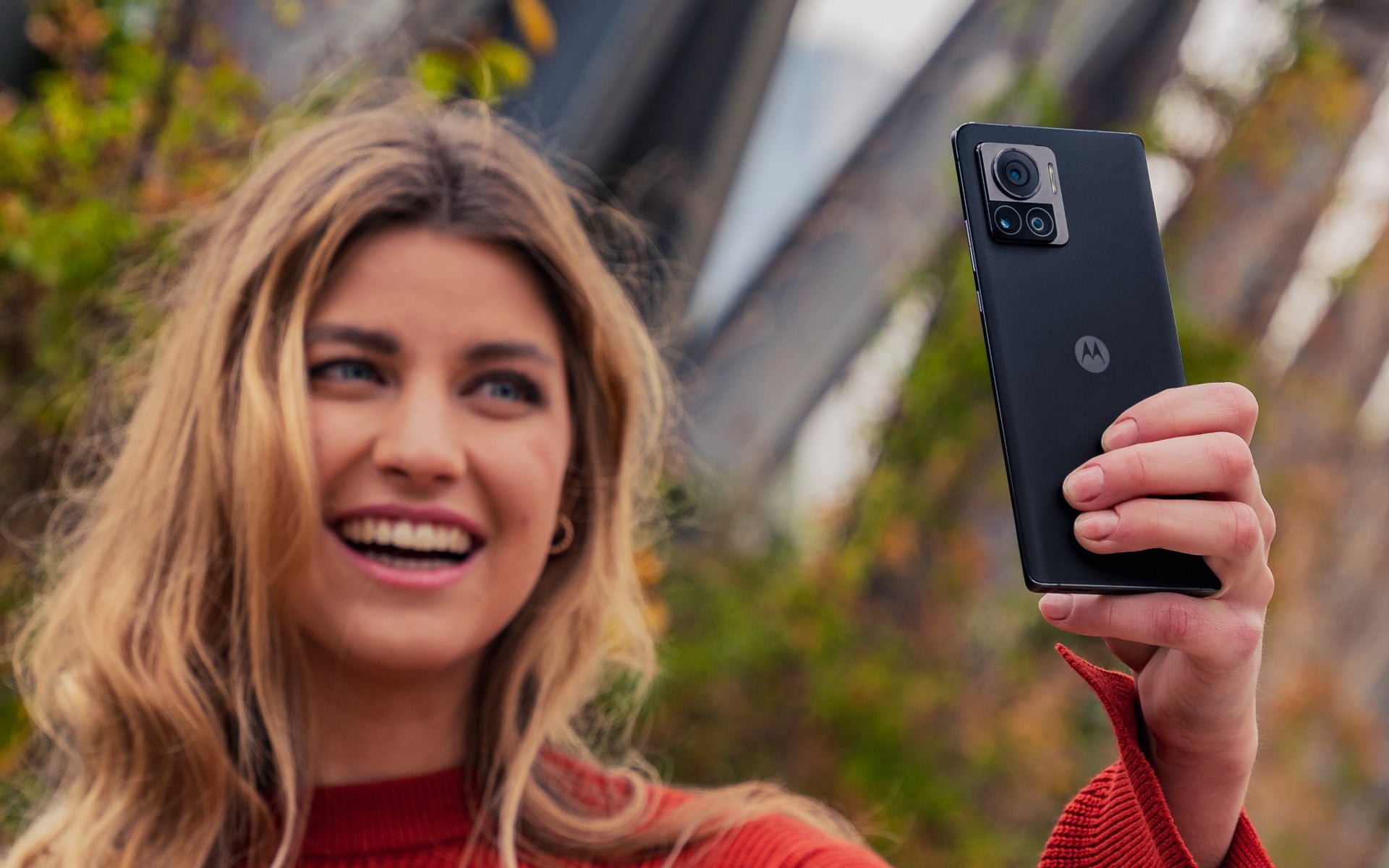 The display is a 6,67″ pOLED with a 2400 x 1080 pixel resolution and 144 Hz refresh rate. Unlike the Edge 30 Pro, the Edge 30 Ultra doesn't use a flat screen, but rather a curved display with a screen-to-body ratio of 92,12 percent. The maximum display brightness is 1250 nits, which speaks for good readability in sunshine. 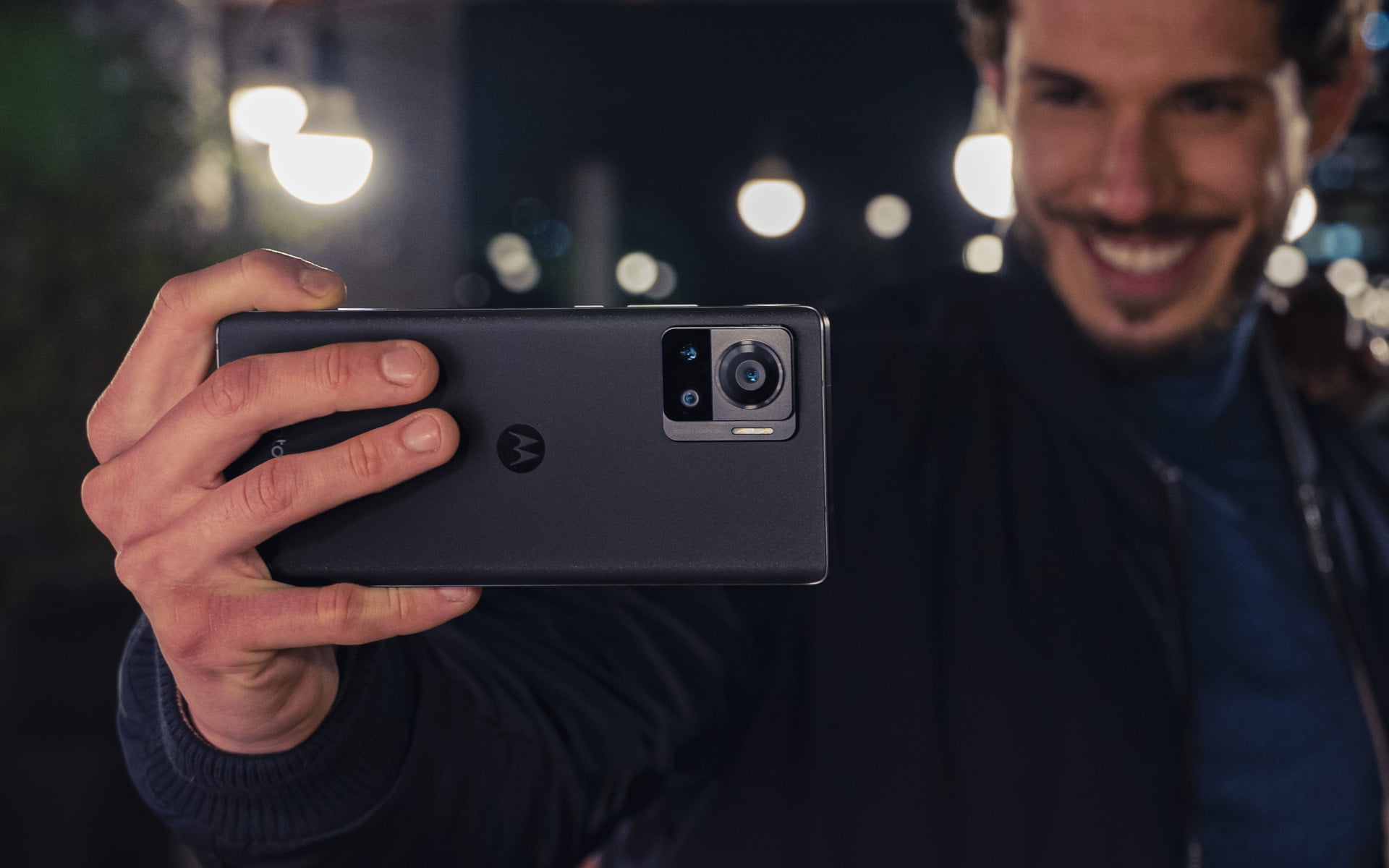 The battery has a size of 4610 mAh and is charged with 125W TurboPower in just 7 minutes to 50 percent and in 19 minutes to 100 percent. Wireless charging is supported with 50W. Also, the Motorola Edge 30 Ultra can charge other devices in reverse at 10W.

The Motorola Edge 30 Ultra will be available in Germany from September for EUR 899,99 in two colors: Interstellar Black and Starlight White.

The Motorola Edge 30 Fusion places itself in the manufacturer's upper mid-range segment. It is the global variant of the Chinese Moto S30 Pro. Compared to its big brother, the Edge 30 Ultra, the Fusion is the more compact device. The dimensions are 158,48 x 71,99 x 7,45 mm and the weight is a light 175 g. The front and back are also made of Corning Gorilla Glass 5 and the frame is made of metal. 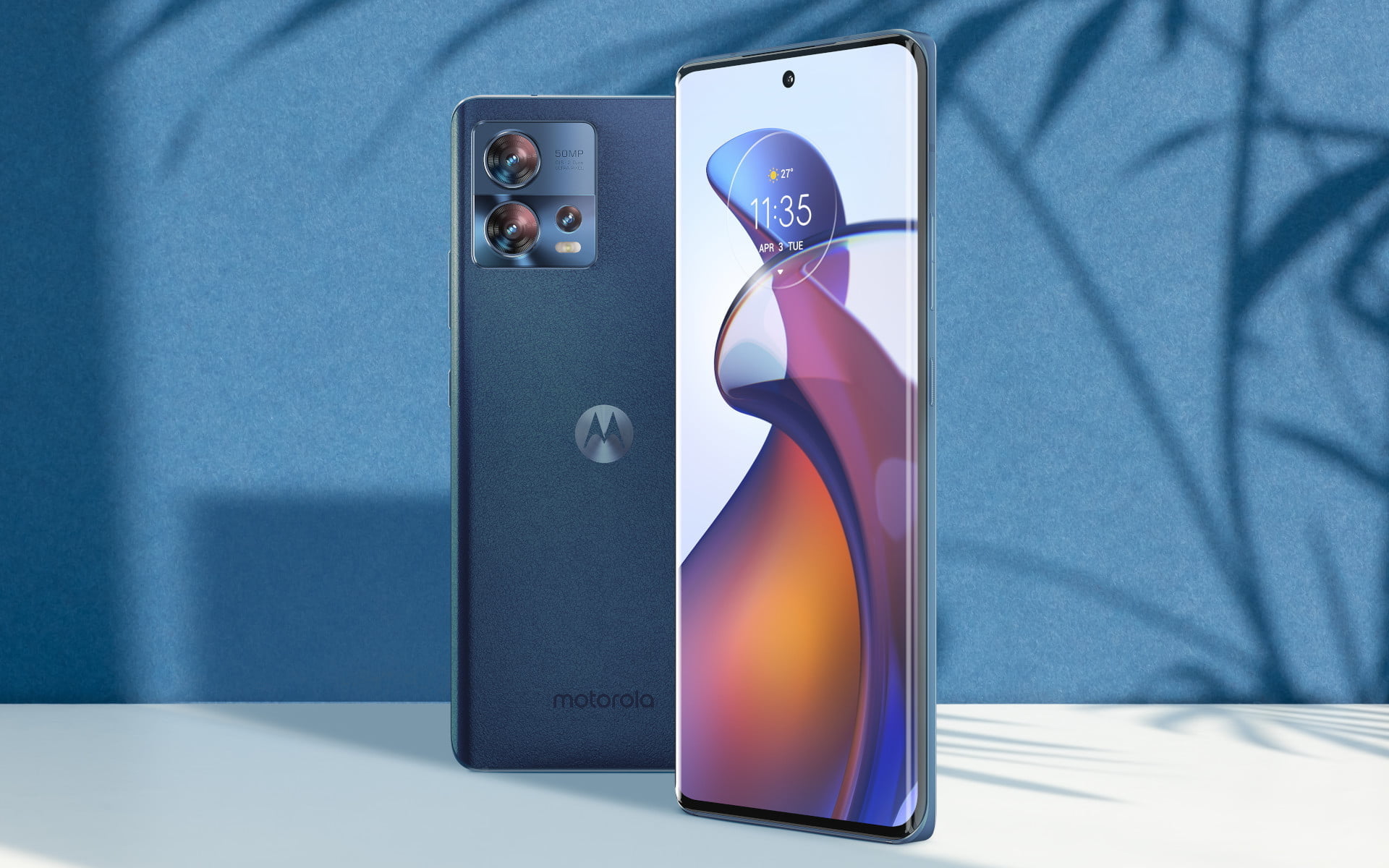 The Motorola Edge 30 Fusion with a vegan leather back 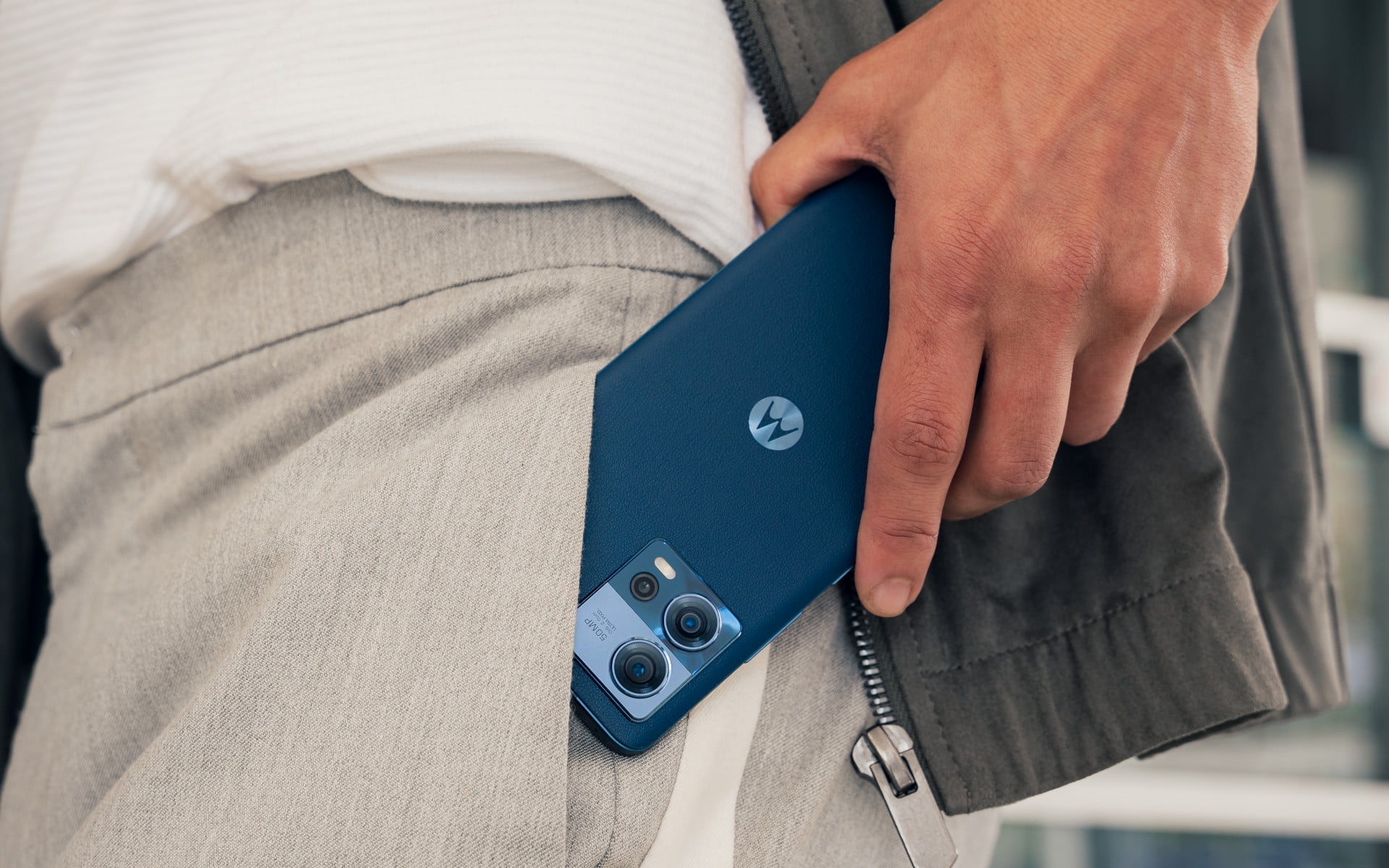 The display is a 6,55″ curved pOLED display with 144 Hz refresh rate, 2400 x 1080 pixels resolution and 1100 nits of brightness. The cameras on the back are divided into a 50 MP main camera with f/1.8 aperture and optical image stabilization (OIS), a 13 MP ultra wide-angle camera with a 120° field of view and a depth sensor for capturing depth information. The front camera has a resolution of 32 MP.

The Motorola Edge 30 Fusion will be available in Germany from September for EUR 599,99 in two colors: Cosmic Gray and Aurora White.

Finally, Motorola introduced the Motorola Edge 30 Neo. In terms of performance, the smartphone places itself below the first two devices mentioned. With housing dimensions of 152,9 x 71,2 x 7,75 mm and a weight of 155 g, it is also the most compact and lightest smartphone of the new Edge 30 models. Instead of glass and metal, the housing is made entirely of plastic. 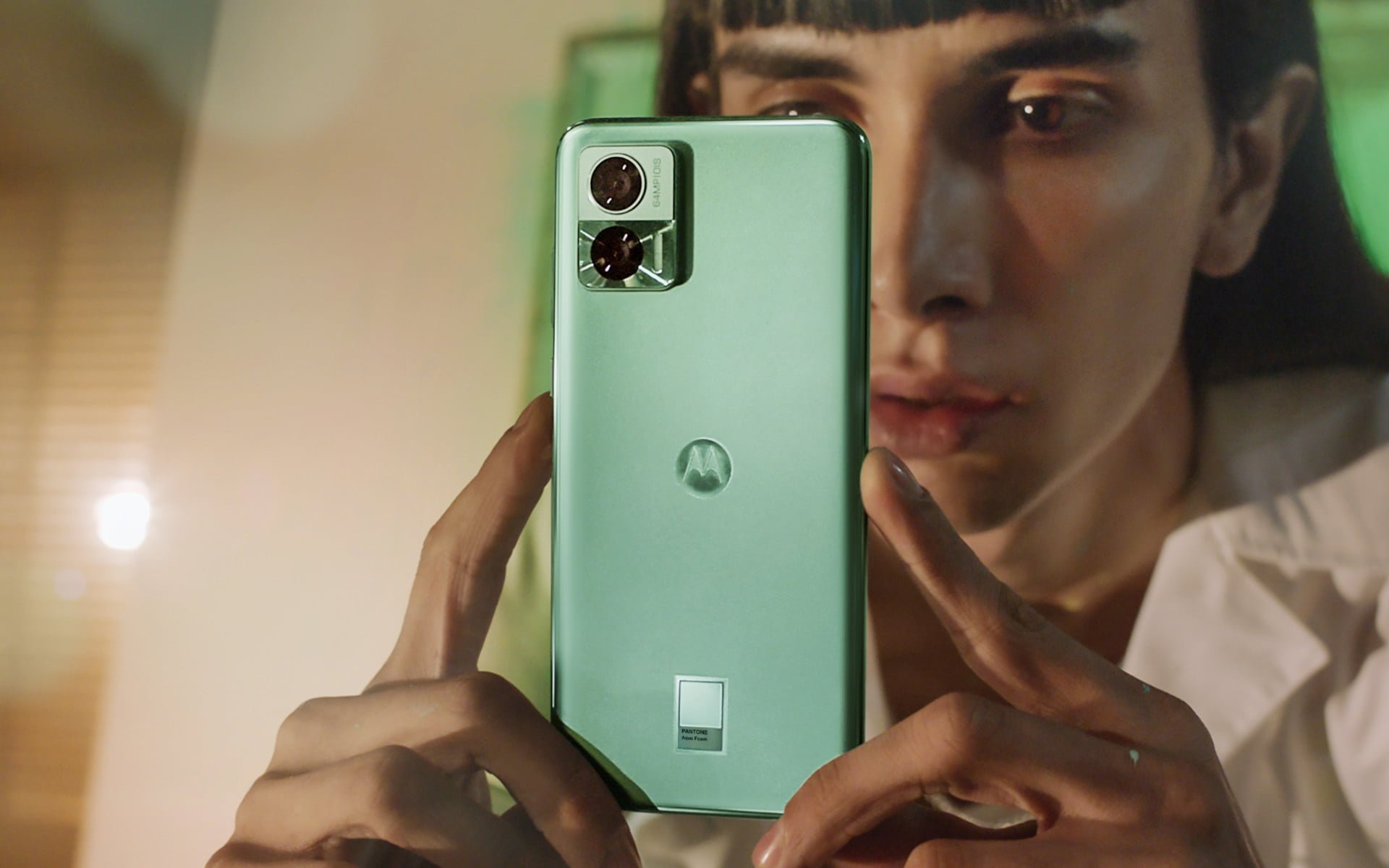 The hardware is a Snapdragon 695 with 5G cellular support, WiFi AX, Bluetooth 5.1 and NFC. There is also 128GB of data storage and 8GB of RAM. A 4020 mAh battery supplies the smartphone with energy. Fast charging with 68W TurboPower is possible. 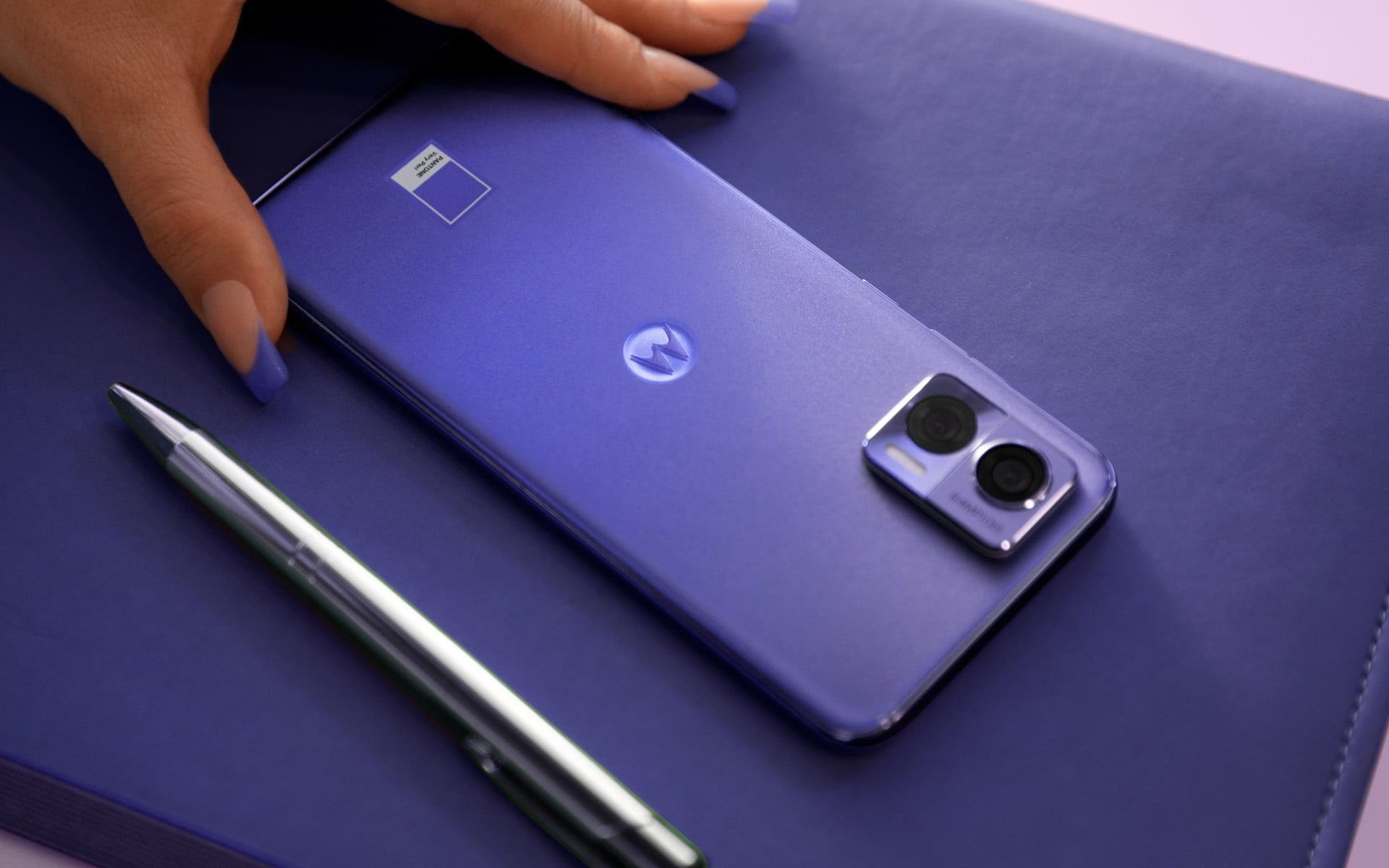 The smartphone in the trend color "Very Peri"

Instead of a curved display, the Motorola Edge 30 Neo offers a flat 6,28″ pOLED panel with a 120 Hz refresh rate and 2400 x 1080 pixel resolution. The main camera on the back has a resolution of 64 MP. There is support from a 13 MP ultra wide-angle camera and a 32 MP front camera.

The Motorola Edge 30 Neo will be available in Germany from September for EUR 399,99 in four colors: Very Peri, Aqua Foam, Black Onyx and Ice Palace.