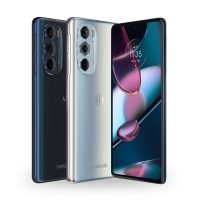 The design and the processing quality of the Motorola Edge 30 Pro leave almost nothing to be desired. The back of the smartphone, which measures 163.1 x 76 x 8.8 mm and weighs just 196 g, is made of shatterproof and scratch-resistant Corning Gorilla Glass 5. The satin surface, available in the colors Cosmos Blue or Stardust White, gives the smartphone an elegant look. Fingerprints and dirt hardly ever stick to the haptically flattering surface. 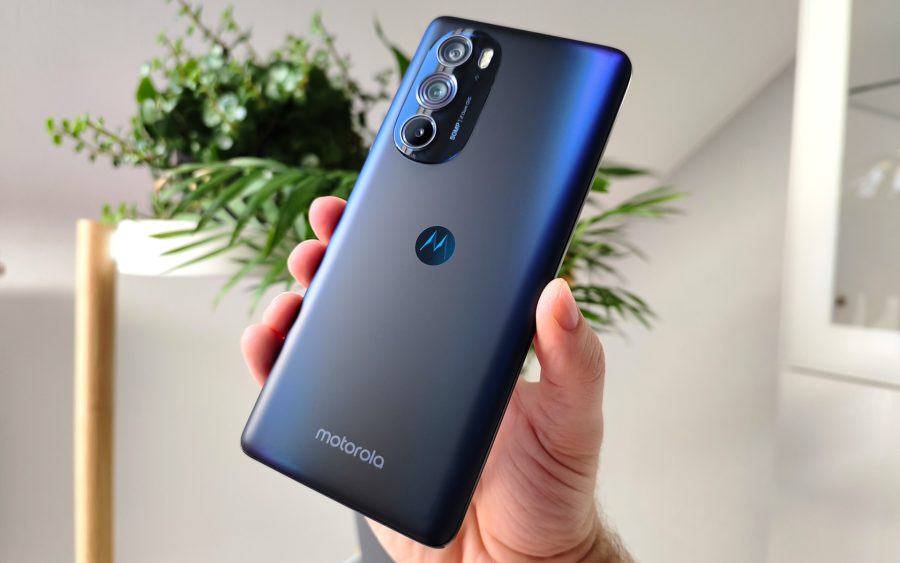 The housing frame is made of plastic and is color-matched to the back. The frame is glossy instead of satin. Motorola has done a good job of placing the ugly logos and (CE) marks that many manufacturers simply print on the back and spoil the smartphone's clean look. Instead, Motorola has put all the imprints on the lower frame section, where they are hardly noticeable.

The placement of the control buttons is questionable. The volume rocker and the power button have slipped so far up that they can hardly be reached in one-handed use. This is particularly annoying because the fingerprint scanner is not in the display but in the power button. 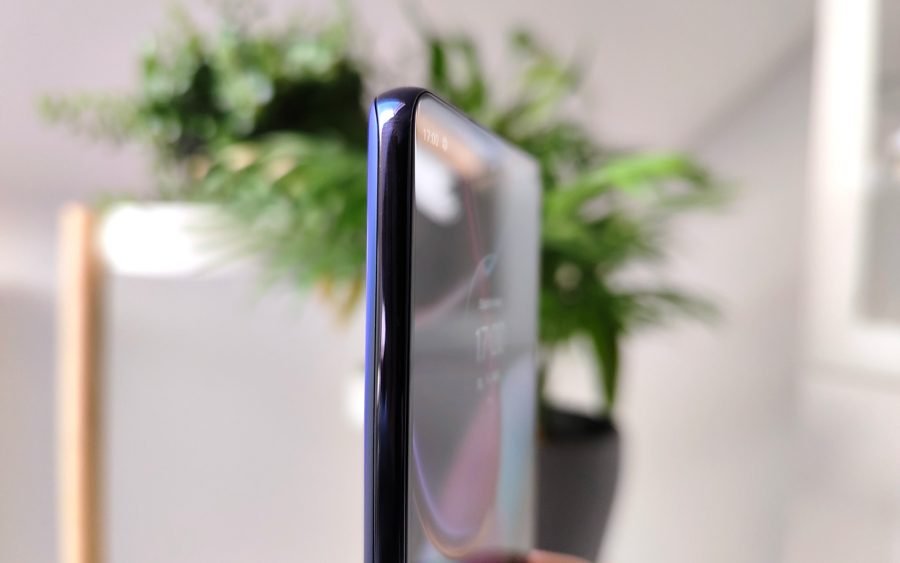 Finally, at the front is the 6,7" OLED display, which is protected by Corning Gorilla Glass 3 display glass. The 60 MP front camera is embedded in the upper section of the display in a punch-hole style. The display edges (bezel) are pleasantly narrow on all sides. According to IP52, the smartphone is not waterproof, but at least protected against dust and splash water (rain).

The Motorola Edge 30 Pro is equipped with a 6,7" OLED display. The resolution reaches 2400 x 1080 pixels, which corresponds to a razor-sharp pixel density of 393 PPI.

A small special feature is the high 144 Hz refresh rate, which ensures a particularly smooth picture experience. The difference between 120 Hz, which is now common in the upper class range, and 144 Hz is not particularly large, but scrolls on the Motorola Edge 30 Pro still feel a bit smoother. Unfortunately, the refresh rate doesn't vary like a dynamic LTPO display. You can choose between 144 Hz, 60 Hz or the automatic change between 144 Hz and 60 Hz. More on how this affects power consumption later. 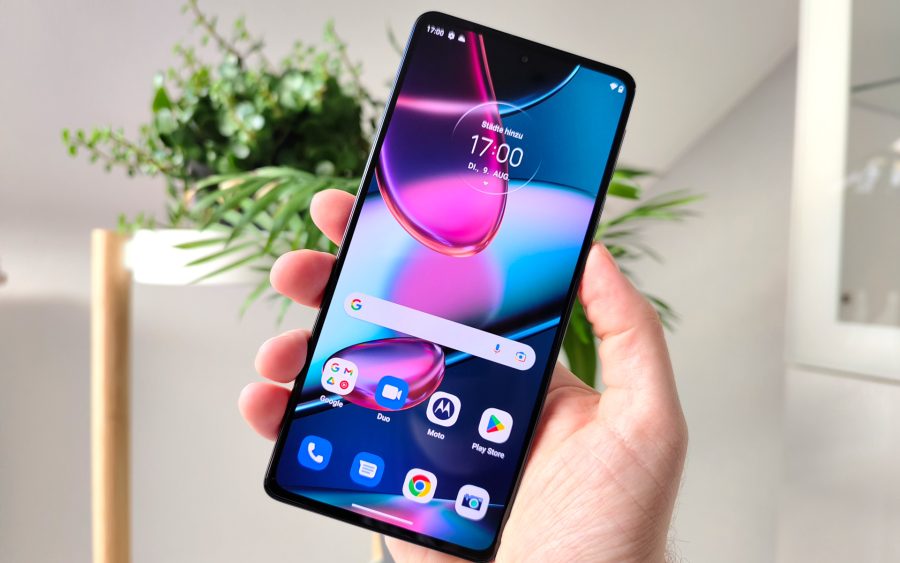 Colors are displayed vividly. In the settings you have the choice between a natural and a saturated driving profile. In addition, the color temperature can be continuously adjusted between cold and warm. Typically OLED, the contrast almost reaches infinity. The display brightness is okay, but could be a bit brighter. The display is still reasonably legible outdoors and in sunshine. However, the competition usually shines a bit brighter. Despite everything, the Motorola Edge 30 Pro supports the high HDR10+ dynamic range.

As a gimmick, the Motorola Edge 30 Pro can also be operated with a stylus. The stylus can be used for writing and drawing or as a remote control for controlling applications. Whether you actually need a stylus with a 6,7" device remains to be seen.

The Qualcomm Snapdragon 8 Gen 1 gives the smartphone flawless performance. The chip is divided into an 8-core CPU with 3 clusters, whose Kryo Prime core clocks at up to 3 GHz. Graphics are handled by an Adreno 730 graphics accelerator.

On the storage side, the Motorola Edge 30 Pro offers a lavish 12GB LPDDR5 RAM and 256GB UFS3.1 data storage, which is not can be expanded using a microSD memory card. 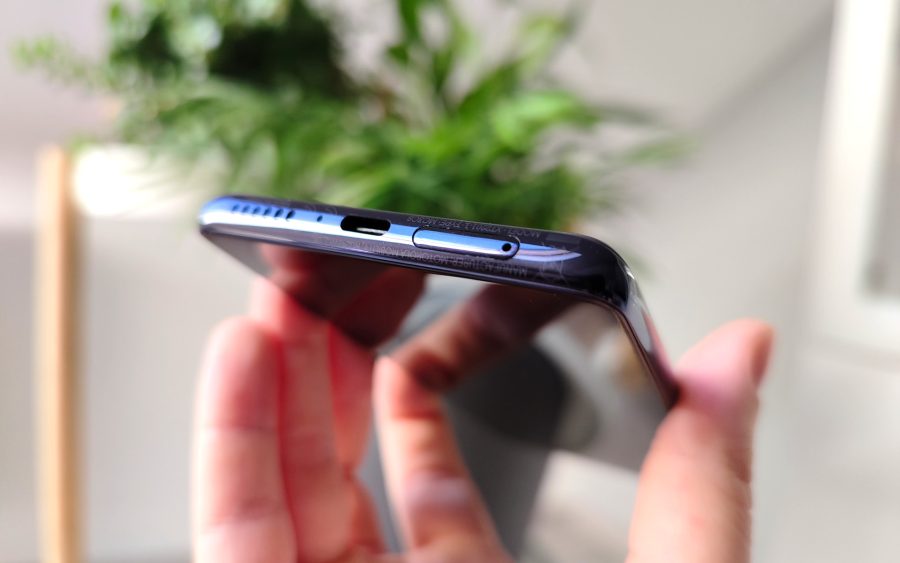 The Motorola Edge 30 Pro copes perfectly with demanding apps and mobile games. Noticeable performance losses are not noticeable in everyday use. One issue that pretty much every Snapdragon 8 Gen 1 smartphone suffers from is performance throttling due to temperature. The smartphone gets noticeably warm in demanding applications and games. The performance is gradually reduced after a short time and drops to around 70% of the performance potential. However, this fact is not too serious since the Motorola Edge 30 Pro has enough reserves even with reduced performance.

On the software side, the smartphone is already delivered with Android 12. Motorola guarantees security patches for 3 years. There should be major Android updates up to and including Android 14.

The user interface is based on stock Android and is therefore mostly unchanged. Fortunately, not too much annoying bloatware made it onto the smartphone. Only Facebook is pre-installed. The Motorola Edge 30 Pro supports the DRM required for Netflix and Co.

Motorola's "Read For" function has proven to be particularly useful. Projecting the smartphone onto the TV works extremely well and, in contrast to other solutions, allows for much more user-friendly operation. If you also connect the mouse and keyboard to the smartphone via Bluetooth, you can even replace a PC with it.

In terms of connectivity, the Motorola Edge 30 Pro is well positioned. The smartphone supports 5G mobile communications, albeit only in the sub-6GHz range. The reception was very good in all situations and the voice quality was very easy to understand.

Those who spend more time in other EU countries will also benefit from the numerous 4G bands with which the Motorola Edge 30 Pro is compatible. VoLTE and VoWiFi are also supported. 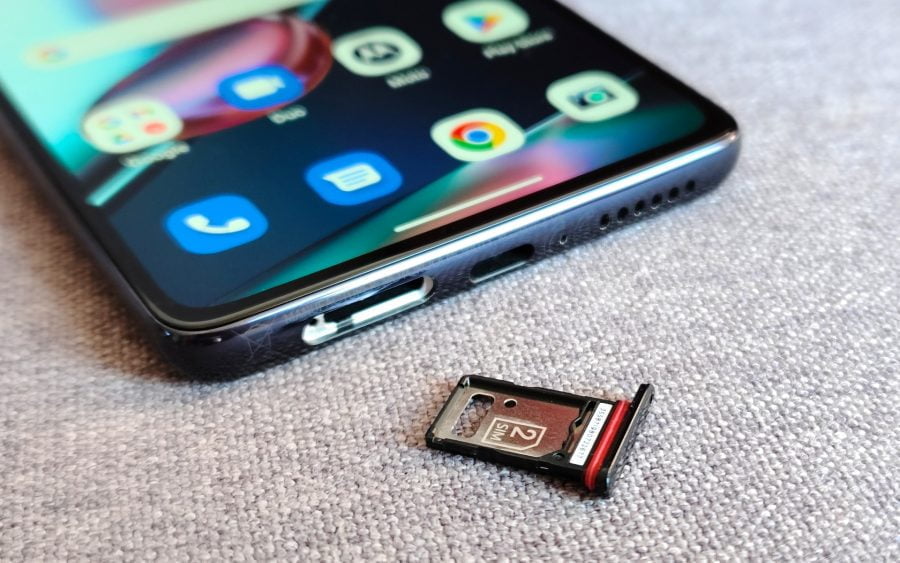 Other connection standards include WiFi6E, Bluetooth 5.2 and NFC , which can be used for contactless payments. Navigating via GPS also works without dropouts and convinced in the test with a consistently high positioning accuracy.

The stereo speaker with Dolby Atmos support delivers a good sound. The volume is high without distorting. It's perfectly adequate to show colleagues a YouTube video or keep the kids busy with a film in the back seat.

Headphones can be connected via USB-C or wirelessly via Bluetooth. High-resolution and lossless codecs such as aptX, LDAC and LHDC are included. The classic 3,5 mm jack is missing. 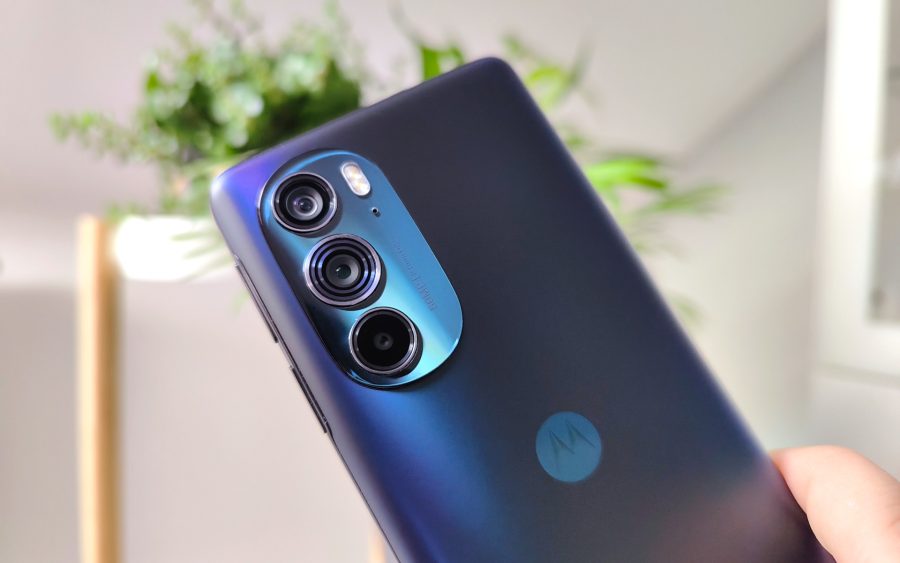 Motorola could have done without the depth camera, which is only used to obtain depth information. Smartphones are now able to create a precise bokeh effect on the software side as well. A telephoto camera with an optical zoom would have done justice to a high-end smartphone.

The Motorola Edge 30 Pro takes photos with a resolution of 12,5 MP. The reduced resolution can be explained by pixel binning, in which 4 pixels are combined into one pixel. This allows more light to be captured and image noise to be reduced in low light conditions. There is a separate photo mode for the full 50 MP, which offers hardly any advantages worth mentioning in relation to the recording quality and the increasing image size. 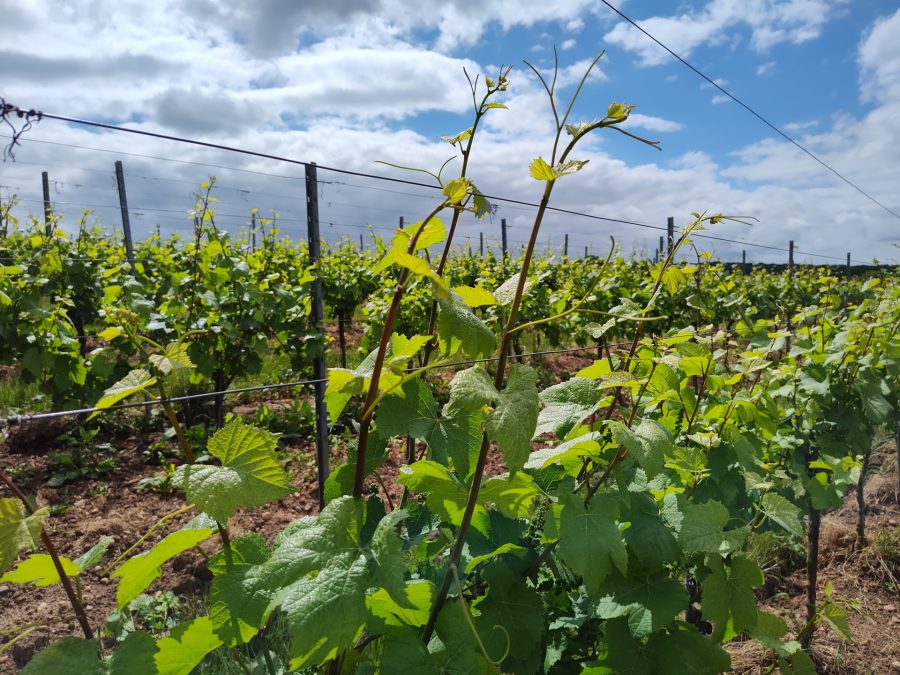 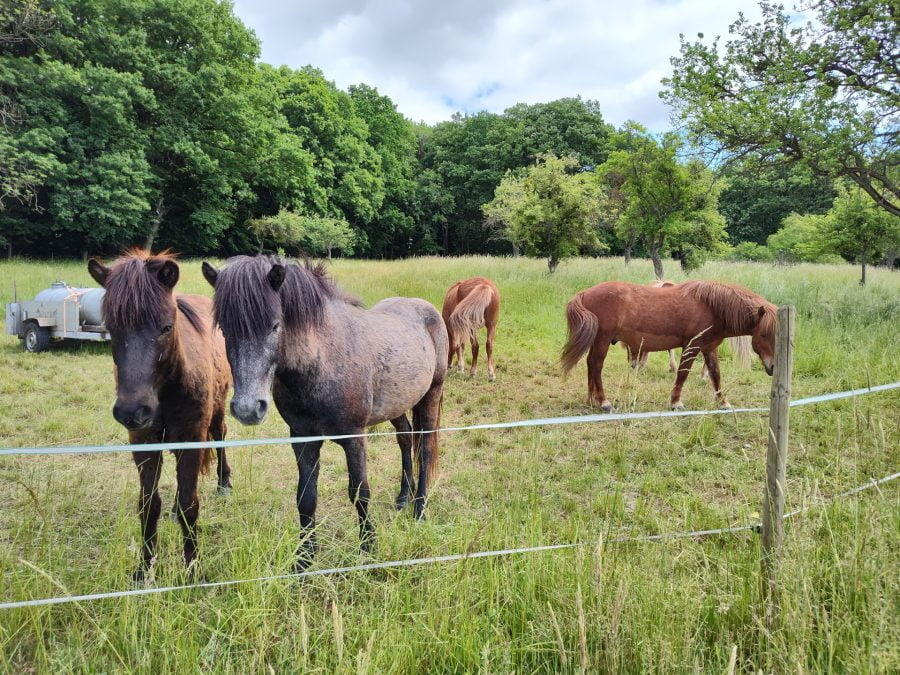 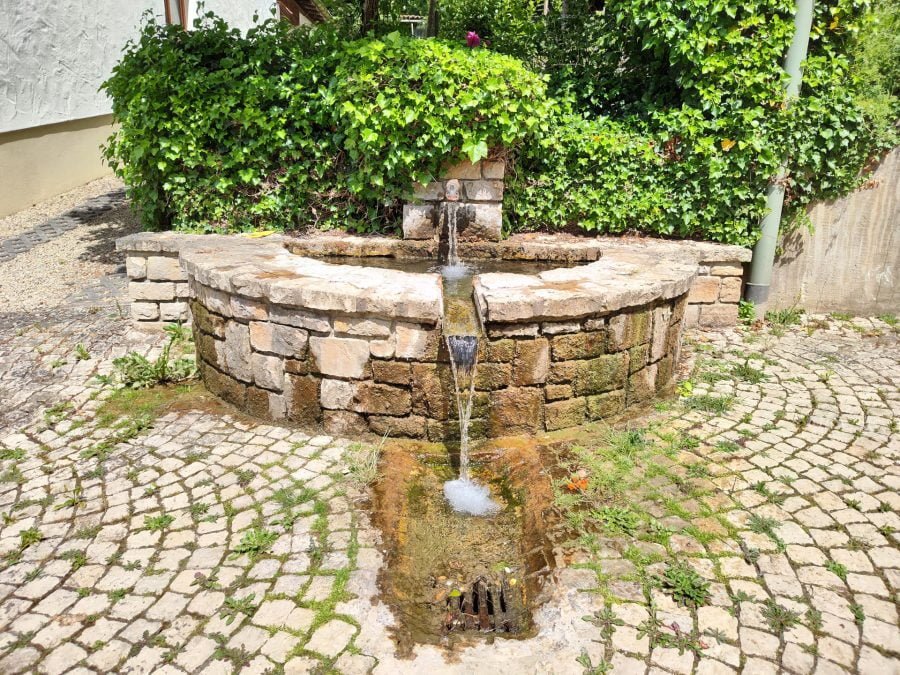 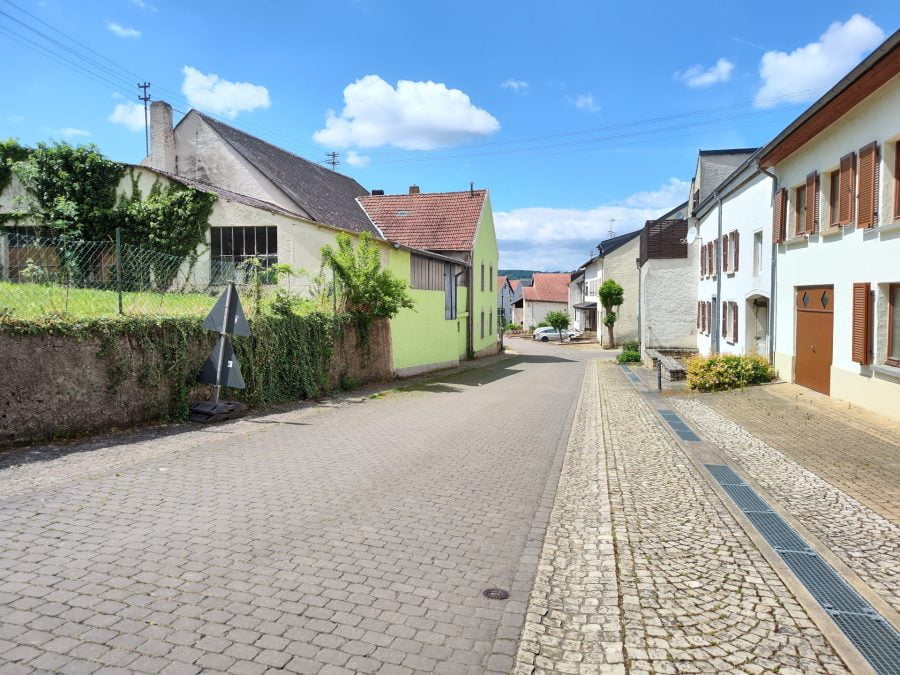 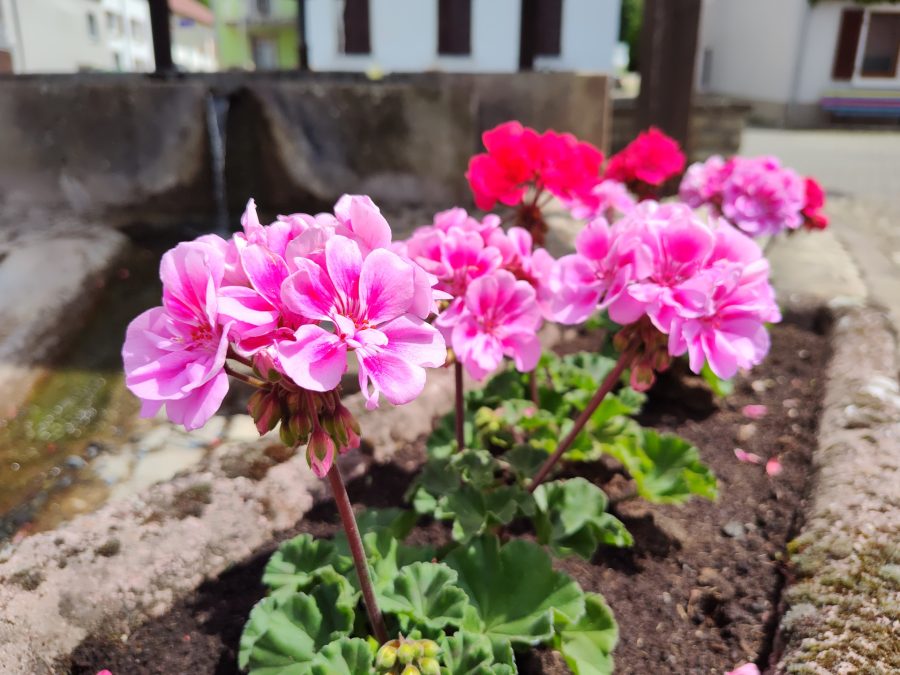 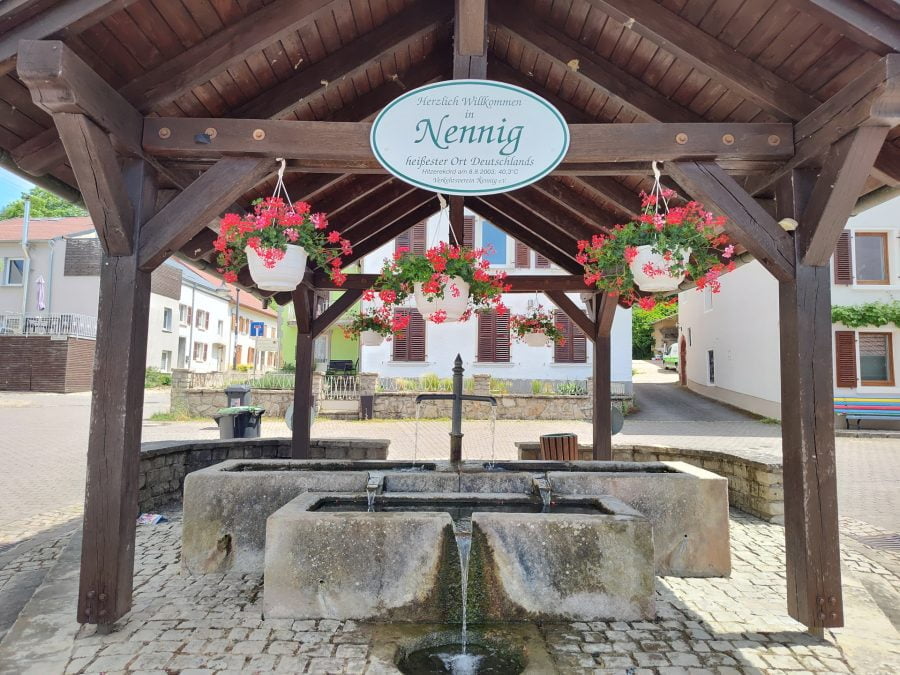 The photos taken with the wide-angle camera (main camera) convince with a particularly strong and yet natural-looking color reproduction. The dynamic range is good. Due to the high image sharpness, details are shown to their best advantage. Depending on the subject and situation, the high image sharpness can seem a bit too intrusive. The Motorola Edge 30 Pro quickly set the focus. The release time is short due to the fast image processing.

As the lighting conditions deteriorate, the image quality also decreases. Although colors are well preserved, the level of detail and image sharpness decrease. The dynamic range is also reduced, which leads to partially drowning depths. The night mode helps here, which visibly brightens the photos and brings out the picture details better. 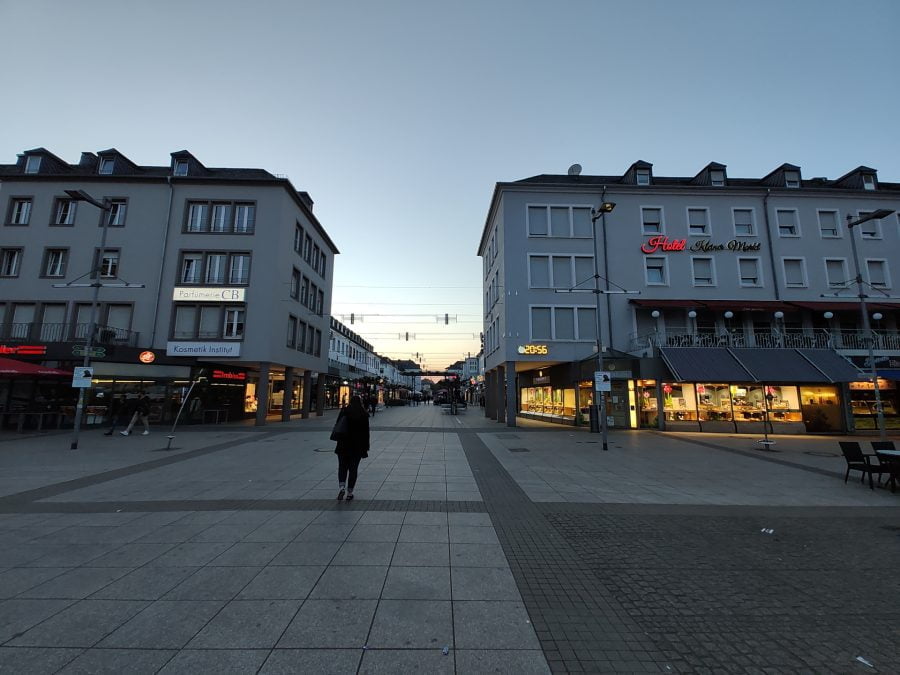 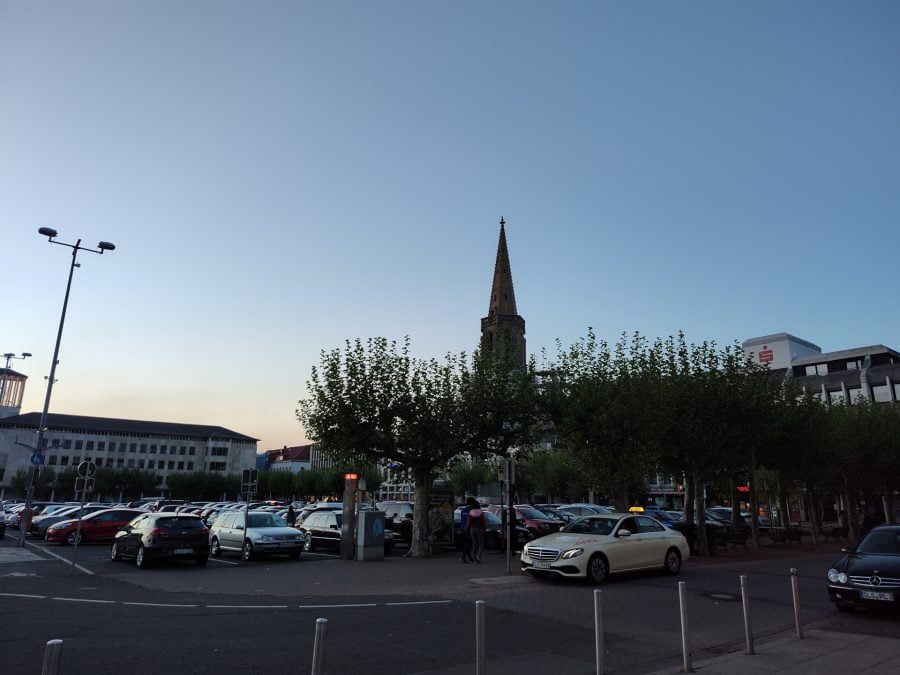 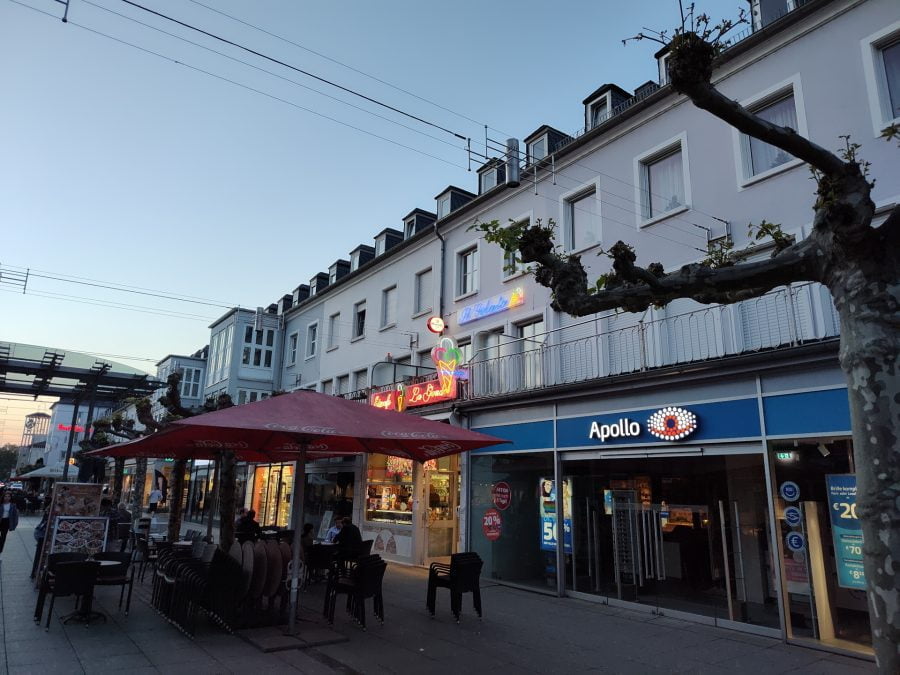 Zooming is not a strong point of the Motorola Edge 30 Pro. Due to the lack of a telephoto camera, the enlargement is purely digital. Even at low magnification, the image quality deteriorates visibly. 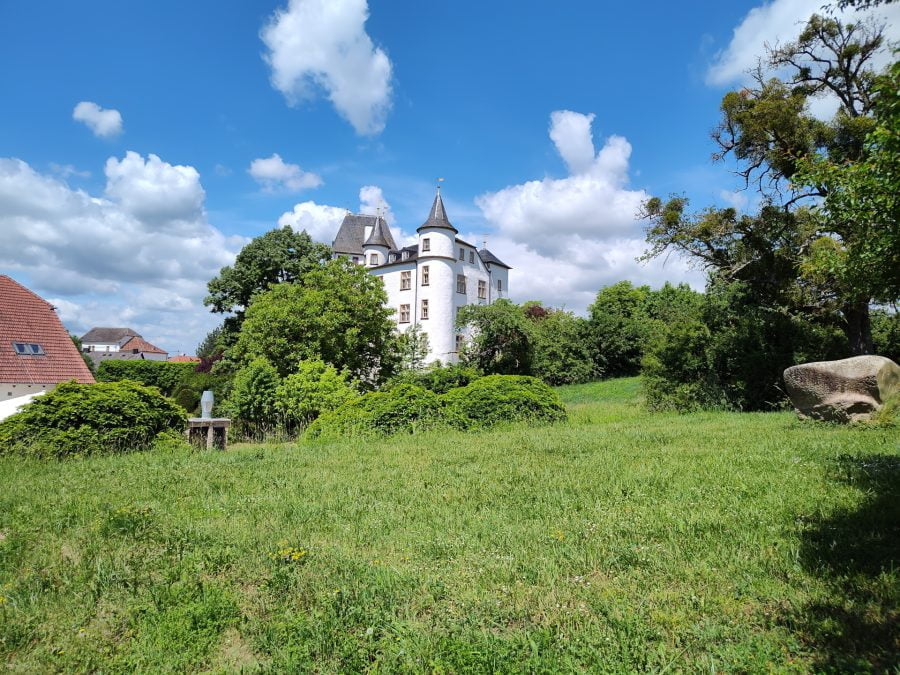 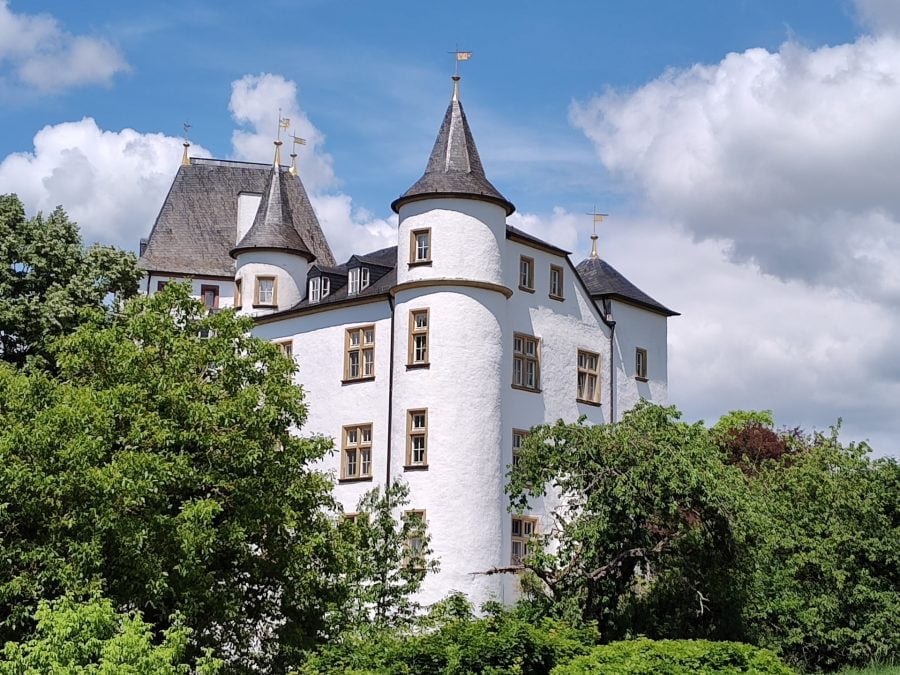 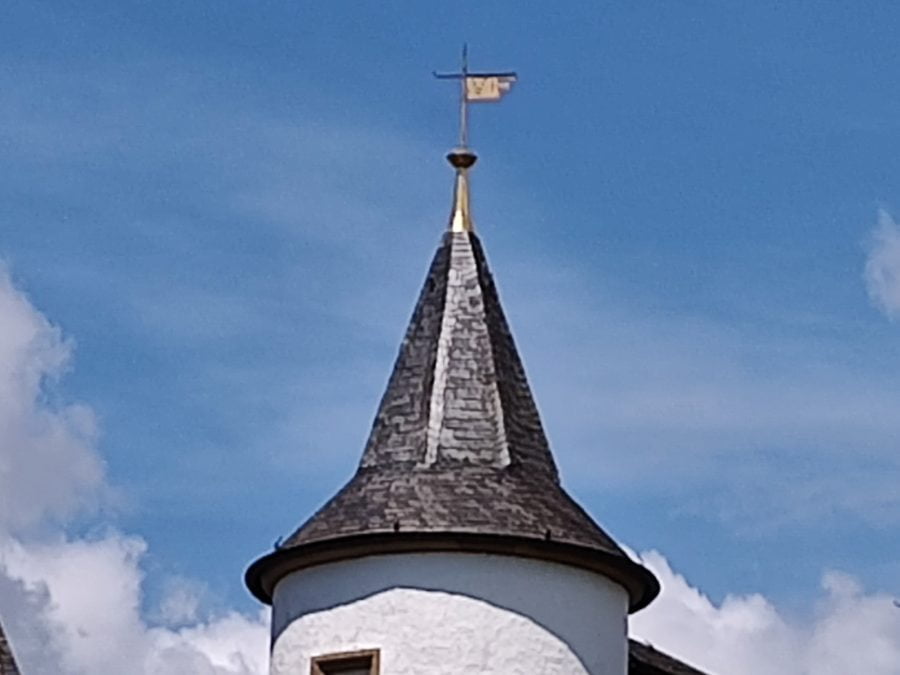 The main camera is good at taking portraits. The foreground is usually separated cleanly from the background and the blur effect is neither too aggressive nor too weak. 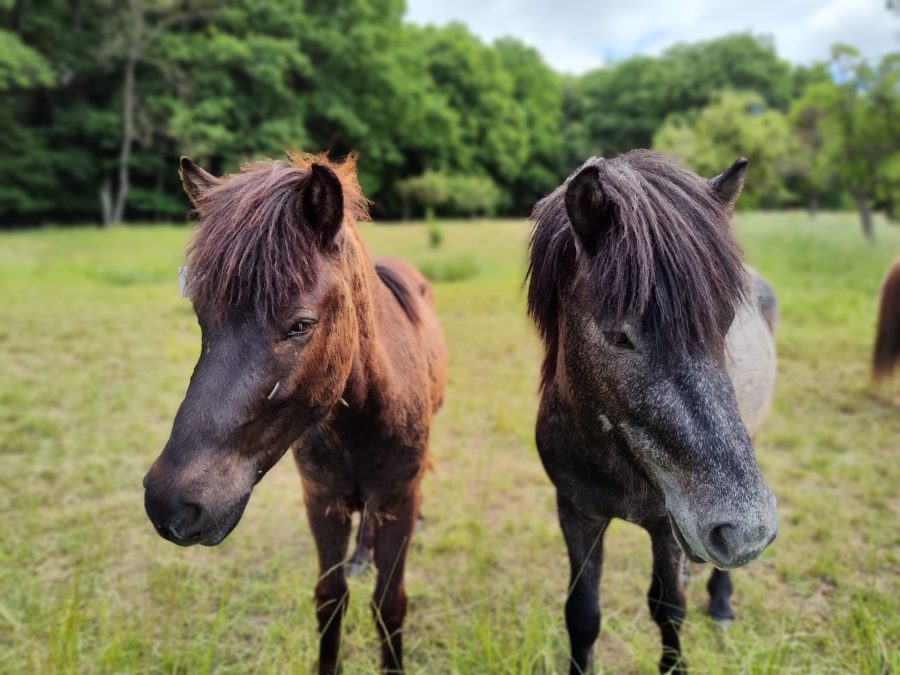 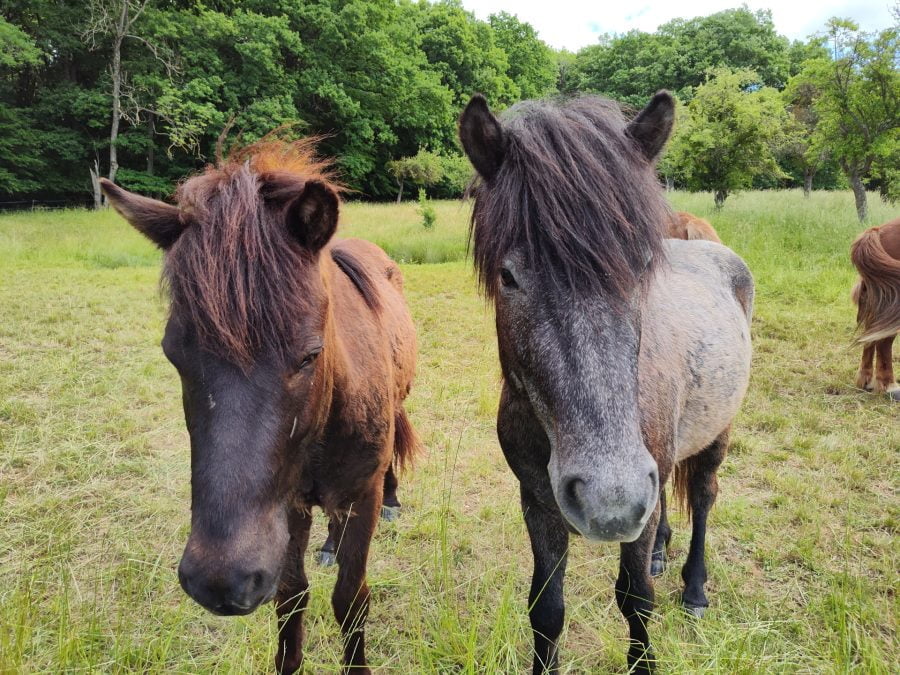 The 50 MP ultra wide-angle camera cannot keep up with the main camera. In a direct comparison, the colors of the ultra-wide-angle camera appear visibly pale and the dynamic range is reduced. 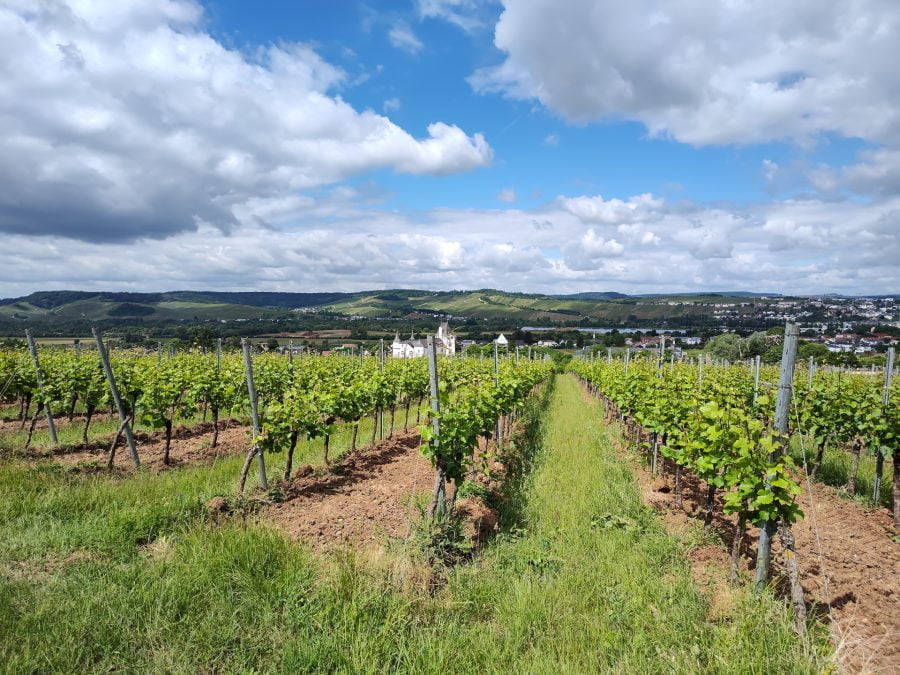 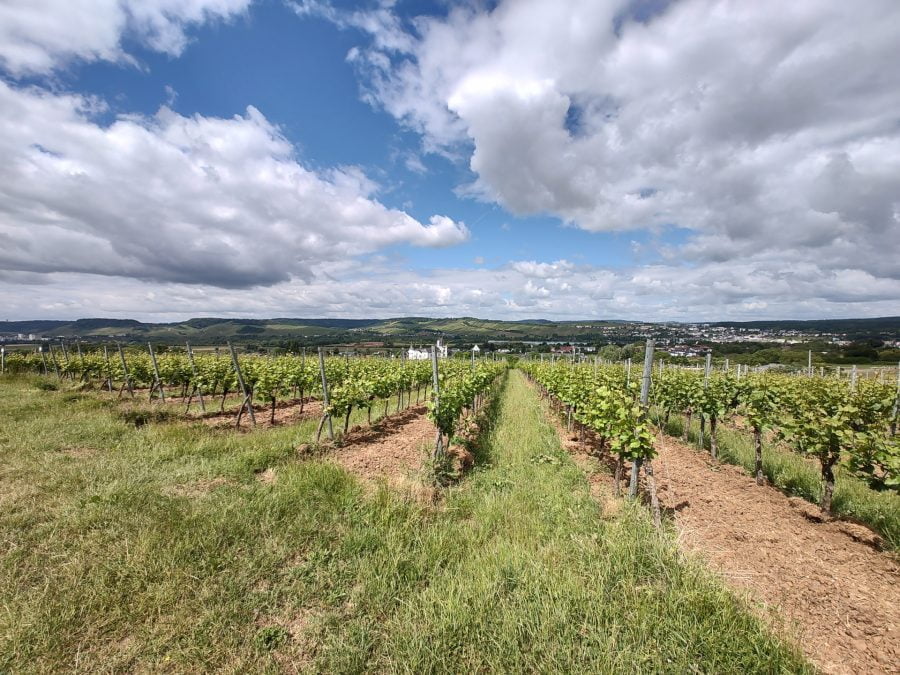 The 60MP front camera also benefits from 4-in-1 pixel binning, so photos are captured in 15MP by default. The image quality convinces with good color reproduction, a decent dynamic range and a high level of detail.

The Motorola Edge 30 Pro is capable of recording 8K video at 30 frames per second. In 4K60, the resolution is 3264×1468 pixels, so strictly speaking one cannot speak of full 4K here. Recordings are stabilized in all 4K modes, but not in 8K. The video quality is impressive and matches the photo quality of the main camera. The ultra-wide-angle camera records videos in maximum 1080p30 resolution.

The Motorola Edge 30 Pro battery has a capacity of 4800 mAh. If you use the smartphone permanently at 144 Hz, you have to reckon with shorter runtimes. In the PCMark battery test, the smartphone achieved a screen-on-time of around 10 hours. Under real usage conditions, the smartphone that was fully charged in the morning had to be plugged in again in the evening. The high consumption in standby is striking, so that about 10% of the battery was lost overnight. 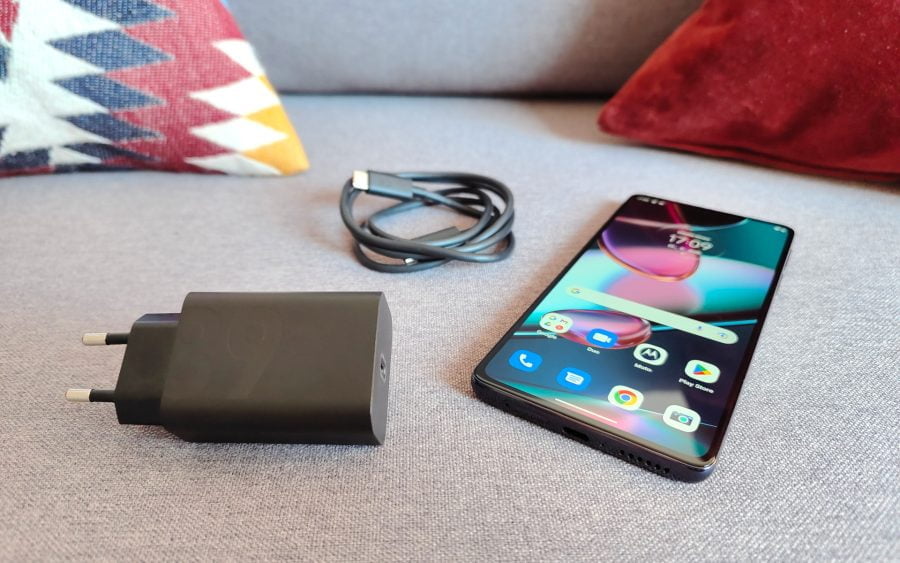 The included 68 watt quick charger charges the battery to 15% in 50 minutes and to 30% in 85 minutes. The battery is fully charged after about 50 minutes. Wireless charging is supported with 15 watts. Charging in the reverse direction, so that other devices are charged via the Motorola Edge 30 Pro battery, is possible with up to 5 watts.

In terms of performance, equipment and price, the Motorola Edge 30 Pro places itself between the middle and upper class. The display is extremely fast with its 144 Hz refresh rate, but weakens when it comes to display brightness, which is below the level of a high-end smartphone.

The smartphone gets along well with mobile communications. Although only sub 6GHz frequencies are supported, there are numerous 4G bands that make the Motorola Edge 30 Pro a useful globetrotter.

We really liked the clean Android 12, which brings a useful feature with Motorola's "Ready For". At least 3 years of security patches and 2 major version updates can be expected with a smartphone in this price range.

The 50 MP main camera with optical image stabilization takes usable pictures. The video function offers 8K30, but does without the high-end typical 4K60. The digital zoom cannot replace the lack of a telephoto camera. Selfie lovers are guaranteed to get their money's worth with the 60 MP front camera.

A few more words about the battery. The runtimes are rather average at around one day. The 68 watt quick charge function and the 15 watt wireless charging make up for the mediocre battery life to some extent.

Overall, the Motorola Edge 30 Pro is an interesting smartphone with a reasonable price-performance ratio.