Undisturbed music enjoyment, no matter where you are. Active noise canceling (ANC) makes it possible. For a long time, ANC was only conceivable in connection with bulky headphones. Now more and more manufacturers are venturing to the idea of ​​equipping compact true wireless in-ear headphones with ANC.

A particularly inexpensive model are the Honor Magic earbuds, which promise a noise-free ANC without loss of sound for less than 100 euros. This test report reveals just how “magical” the honor earbuds really are.

Singles Day is currently taking place and also the Honor Magic Earbuds fell in price especially on this day. At AliExpress are the strong earbuds currently for only 55,74 Euros available. Simply activate the discount codes on the product page. Shipping is from the EU warehouseso that there are no additional costs. 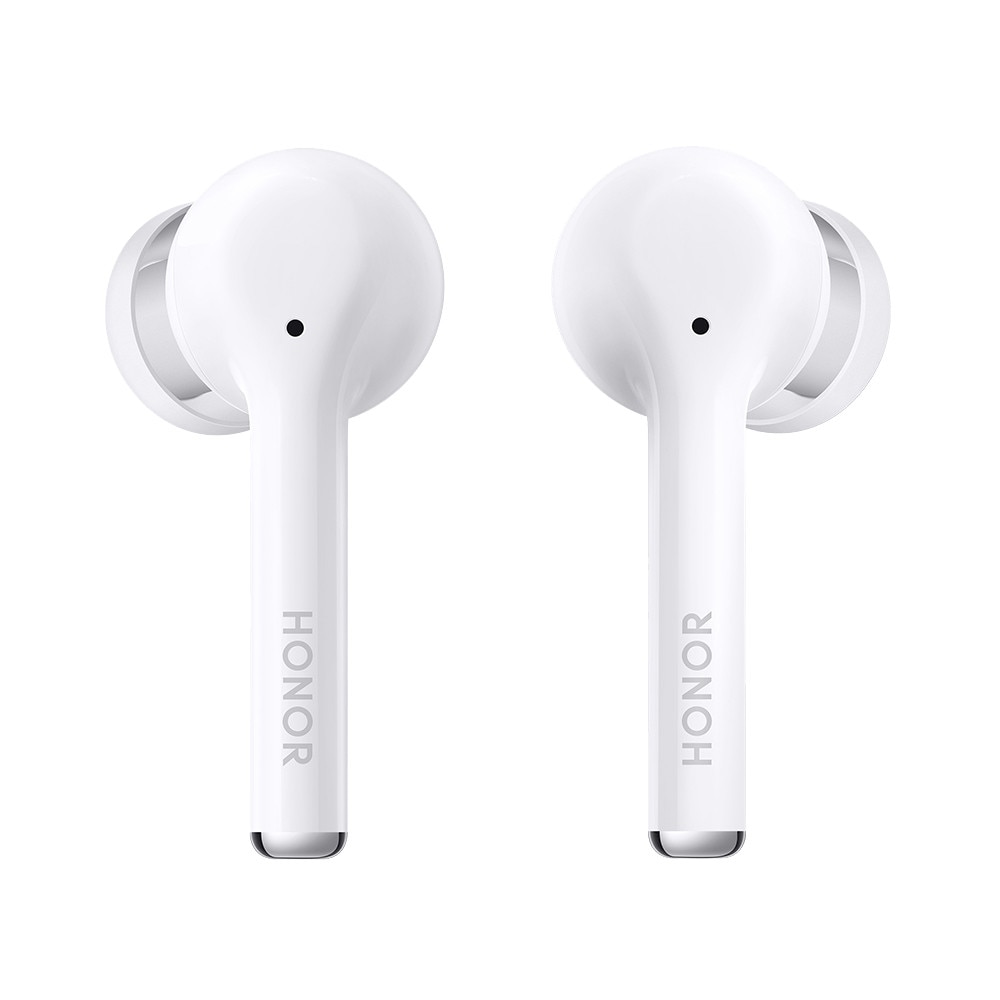 With this Aliexpress discount code you can buy the Honor Magic Earbuds reduced for only 55,74 euros.
Produktseite
SHOW COUPON
TO DEAL
5€ Discount
Valid until 12.11

Active noise cancellation alone doesn't make a good one Noise canceling headphones out. Rather, the interplay of active and passive noise suppression counts. 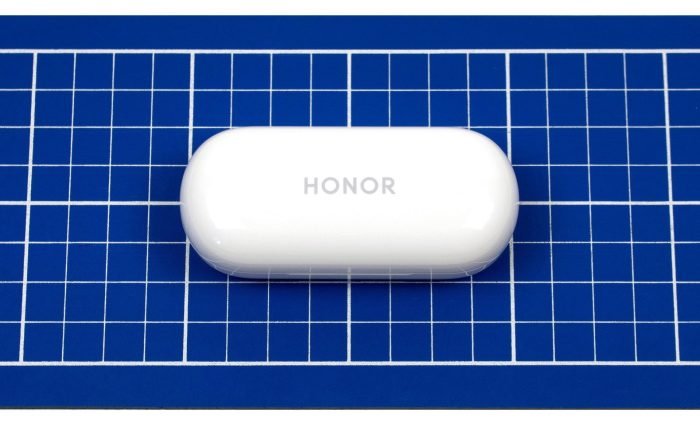 The Honor Magic earbuds are based on a conventional design adaptable earmolds. Four pairs of silicone earmolds in sizes XS, S, M and L are already included in the scope of delivery. These ensure flexible sealing of the ear canal and thus suppress disturbing ambient noise.

Also striking in this model is the long stem that protrudes from the ear. An Honor lettering on the outside shows what exactly you are wearing in your ear. The earbuds and the charging case are made of plastic. The glossy surface feels a bit slippery and is prone to fingerprints and dirt.

A single earbud brings 5.5 grams on the scales. The additional ANC hardware does not affect the size of the earphones. With dimensions of 41.8 x 23.7 x 19.8 mm the Magic Earbuds are pleasantly compact. There is no IP certification (water resistance)! 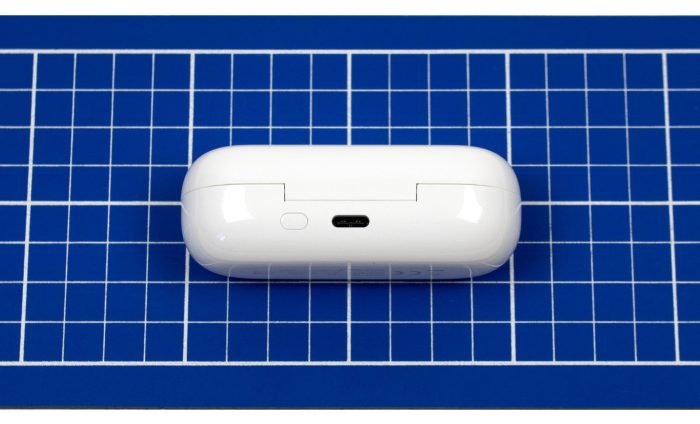 The capsule-shaped Charging case (80.7 x 35.4 x 29.2 mm) can be stowed comfortably in your pocket or handbag. The top has an Honor lettering. There is an LED charging indicator on the front, which shows the charging status in red, yellow and green. The back is the USB-C charging socket with adjacent pairing button.

The quality of workmanship is not to complain about. Of the What's in the box includes, in addition to the already mentioned Magic Buds, the charging case and the earmolds, a USB-C charging cable and warranty information.

The Honor Magic Earbuds convey a special comfortable and safe to wear. The flexible earmolds, which adapt individually to the wearer, contribute to this. Hours of listening were no problem in the self-test. At no time has an uncomfortable feeling of pressure been felt. 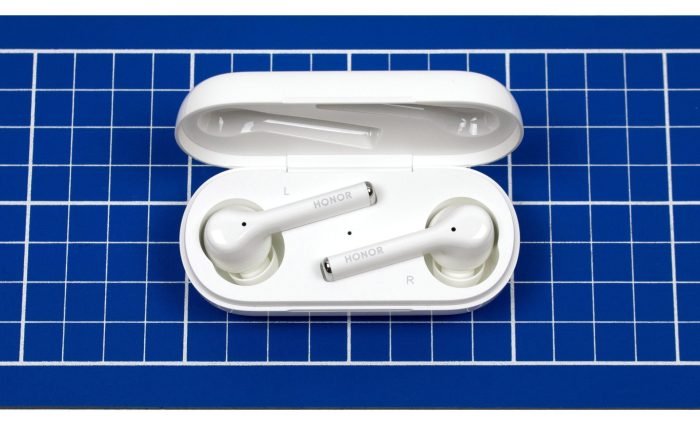 Users of EMUI 10.0 or Magic UI 3.0 can look forward to an easier connection process. Open the charging case and the connection request will appear on the display.

If you don't own an Honor / Huawei smartphone, you have to go the traditional way. Press the pairing button and add the Magic Earbuds as a new device via the Bluetooth settings of the smartphone. 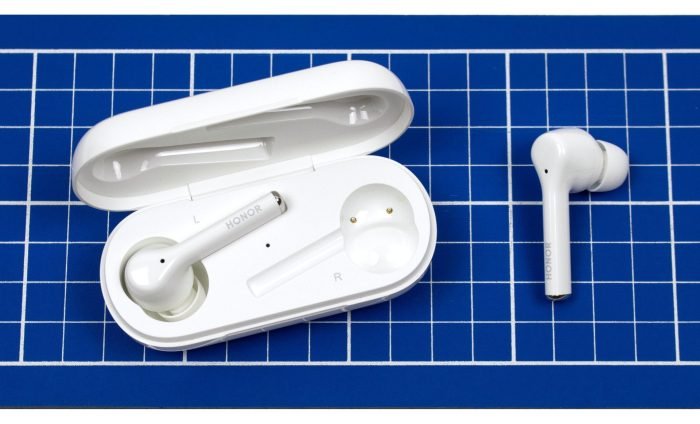 Once coupled, the future connection establishment automaticallyas soon as you open the charging case. It is not possible to connect several devices at once.

Honor provides almost no information about the built-in drivers. It is only known that every earbud with a dynamic 10 mm driver Is provided.

In terms of sound, the Honor Magic Earbuds are aimed primarily at Mainstream music listenerswho prefers a special expression in the fundamental range. The earphones convey a dynamic sound image. Music sounds lively and shows a good degree of location. 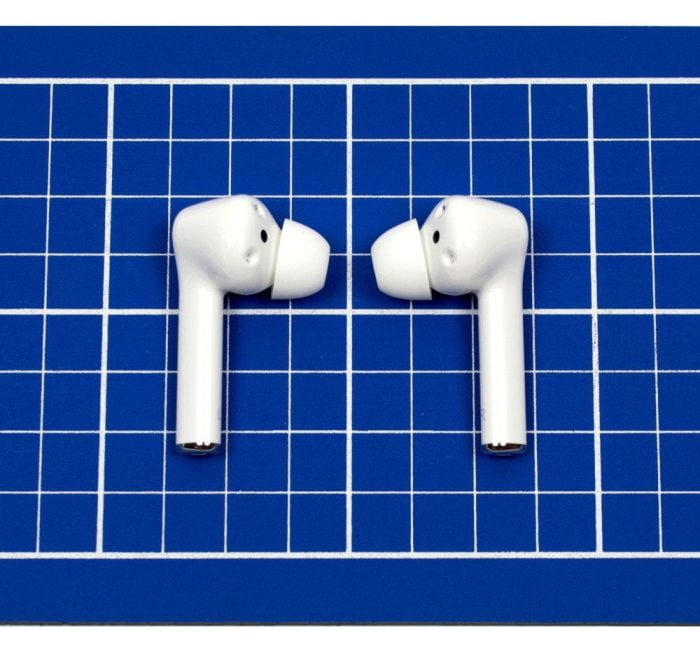 There is a certain substance that extends into the deep bass. However, it is missing in the low end in precision. Details are lost or blurred in the present mids.

The In the middle are coherent and melodiously warm, with sufficient detail resolution. (Acoustic) instruments and voices come into their own very well.

The treble is defined, but tends to be a little sharp. With increasing volume, there is a tendency to oversubscribe.

Honor has implemented the ANC excellently. The noise cancellation is effective and pleasant in intensity. A certain increase in Noise level is audibly present, but goes under with the music playback. 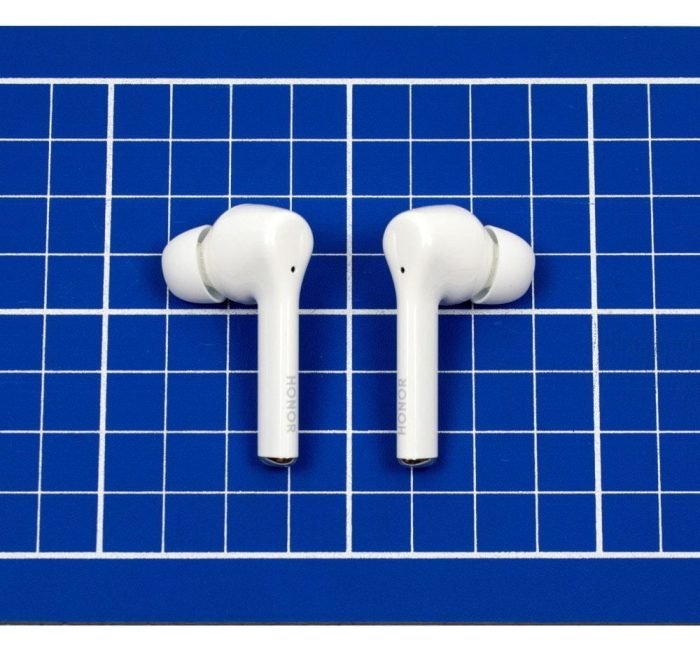 Low frequencies in particular are effectively filtered. For example, driving noises on the train move far away. High-frequency areas, on the other hand, are filtered little or not at all.

Anyone who is moving in traffic should switch off the ANC! The ANC of the Honor Magic Buds conveys a foreclosure effect with a slight feeling of negative pressure, which in turn can impair the perception of the environment.

The Honor Magic Earbuds use the Bluetooth 5.0 Connection standard and support the audio codecs SBC and AAC. Particularly high-resolution and almost latency-free codecs such as aptX or LDAC are not available.

Movies and series can still be watched very well with the Magic Earbuds. There are no delays between picture and sound. The ANC has no impact on latency. 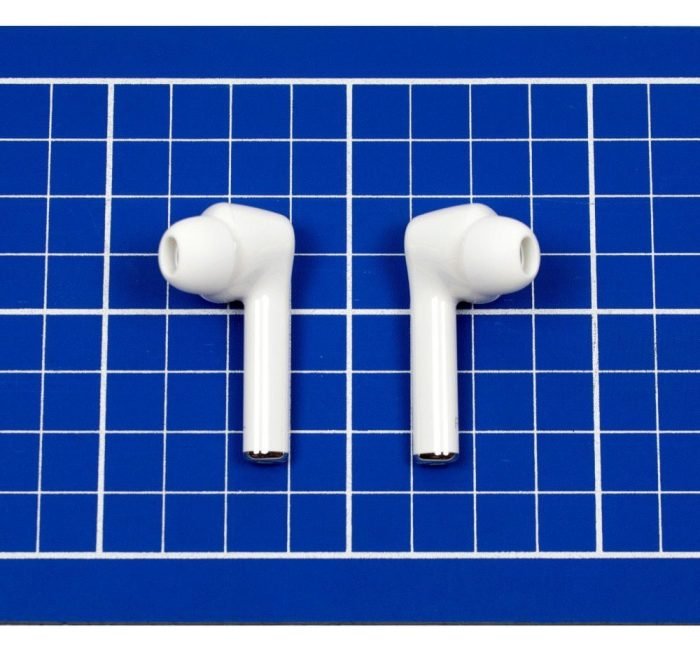 Both earbuds are with touch sensors equipped that respond to double tap or hold. By default, both earbuds are assigned a pause and play action. If you want to define another action, the Huawei AI-Life app needed. Both earphones can be assigned, independently of one another, with "Pause and Play", "Next / Previous track", "Activate voice assistant" or "No action".

It is not possible to adjust the volume directly via the earbuds. The ANC is switched on or off when the touch sensors are held down. It can also be set via the app that no action is taken when pressed and held.

The touch sensors reliably detect touches. It is a pity, however, that there is only one touch pattern for the playback control and an app has to be installed to change the action.

A carrier recognition pauses the music playback as soon as you take the earbuds out of your ear. Automatic resuming of playback when resuming is not supported. It is possible to use only one earphone. The touch control remains active when used individually.

Everyone has earphones 3 microphones (MEMS) installed. The microphones make the ANC possible and filter noise during calls. The recording quality of the microphones is clear and understandable, which is why calls can be made easily via the Magic Earbuds. The noise suppression makes the voice appear a little tinny.

The battery life is very dependent on the individual use (volume, ANC, voice). The test was carried out at medium volume with the ANC switched on just under 3 hours Enough. If you switch off ANC, the runtime is extended by about 30 minutes.

It is all the more gratifying that the earbuds are ready for use again after a short loading time. The Magic Earbuds are fully charged after only 25 minutes. The earphones can be charged up to three times with a fully charged charging case. Then the case has to be connected to the power for approx. 1 hour. Contactless charging is not supported.

The Honor Magic earbuds convinced in the test and are good proof that good TWS in-ear headphones with ANC do not always have to cost three digits.

The earbuds convey a pleasantly warm sound that meets daily requirements very well. Mainstream music listeners who prefer pop and rock will get their money's worth. Due to the somewhat spongy draft, the earbuds are less suitable for friends of electronic music. The comfort is good and even after a long listening session the Magic Earbuds are still comfortable in the ear.

The ANC has implemented Honor excellently. Above all, noise in the low frequency range is filtered effectively without affecting the sound quality.

The touch control provides reason for criticism. Unfortunately, only a touch pattern is recognized. Although the user can specify which action the individual earbud should take when touched, an additional app is required for this, which does not provide any greater functional added value overall.

The battery life is somewhat short at around 3 hours. But this is no cause for concern, because the earbuds are fully recharged in just 25 minutes.

Thanks for the great test. I bought the earbuds based on your recommendation and I'm super happy with them. The sound is what I wanted it to be. The battery life could be a bit better, but I don't listen to three hours of music in a row anyway. So that doesn't bother me so much now. In addition, the Magicbuds are loaded really quickly.

Hello, how are the Magicbuds different from the Freebuds 3i? Have you already been able to test them?

A friend has the freebuds, I got the one from Honor after the test here. Except for the Huawei lettering, I couldn't see any difference. For me, they are completely identical in terms of sound and function, so just get them here.