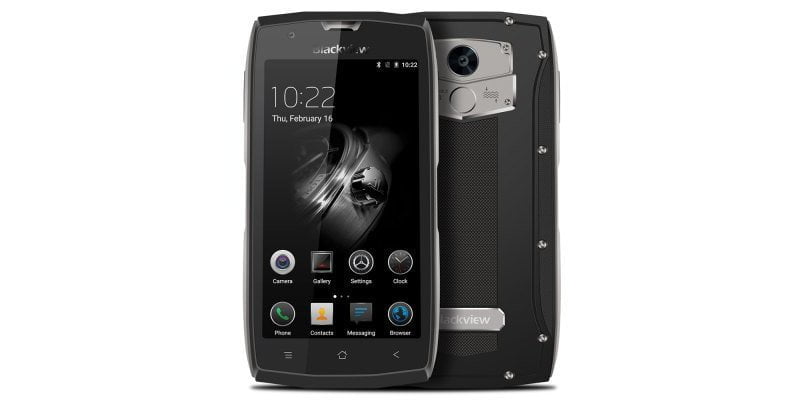 by Timo2. March 2017
Blackview is one of the few smartphone manufacturers to produce not only conventional consumer smartphones but also more specialized outdoor smartphones and rugged phones. At least since the very successful Blackview BV6000 we know that Blackview in the rugged phone scene has rank and name. With the Blackview BV7000 Pro a successor has appeared, who has some surprises in store.
Overview
Manufacturer/Model

Blackview BV7000 Pro we skipped and now a test report to the successor, the Blackview BV8000 Pro released. Click on the button to get to the test!

To the Blackview BV8000 Pro test

The processor used in the Blackview BV7000 Pro is a MediaTek MTK6750T, Unlike the MTK6755 (Helio P10), which is still in the Blackview BV6000 Was used, it is a minor downgrade. The MTK6750T is also on the ARM big.LITTLE architecture with 4 + 4 Cortex-A53 processor cores, but the cores clock with maximum 1.5 or 1.0 GHz. In everyday life, this difference in performance will be only slightly noticeable. Only in Bechmark tests will the MTK6755 score higher. The graphics performance provides a Mali T860 MP2 GPU, Not too demanding games are thus fluently playable. 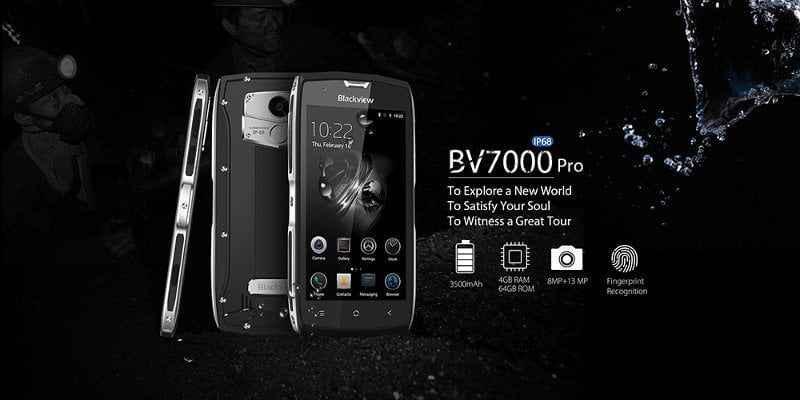 The display of type IPS has a Diagonal of 5 inches and dissolves in Full-HD (1920 x 1080) on. With the resulting density of 440 PPI, the image is razor-sharp. As befits an outdoor or rugged phone, the display of the BV7000 Pro is protected by a branded display glass. The used Corning Gorilla Glass 3 convinced already with smartphones of other manufacturers by its high scratch resistance. 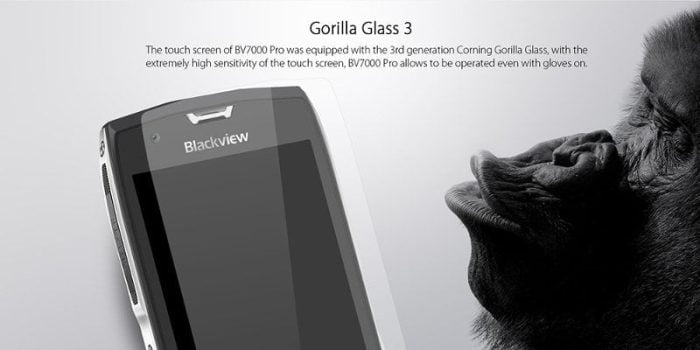 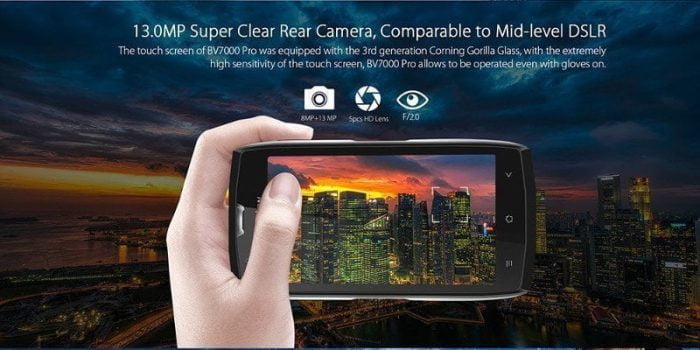 The Blackview BV7000 Pro is usable without restrictions in the German 2G, 3G and 4G network. All, in this country usual LTE tapes are supported. A Dual-SIM Function is available. In the WLAN, the smartphone understands with the WiFi standards 802.11a / b / g / n, Bluetooth is available with version 4.0. The sensory equipment is rather clear compared to other outdoor smartphones. In addition to the usual smartphone sensors, there is also an e-compass. A barometer is missing and also renounces the BV7000 Pro on NFC. Navigate can be over with the smartphone GPS and GLONASS, Beidou or the European satellite system are not available.

That with 1.26 cm extremely thin CNC machined metal housing is after the Degree of protection IP68 protected against dust and continuous submersion. On the back of the case is a Fingerprint scannerthat promises unlock times below 1 / 10 seconds. The battery capacity is 3.500 mAh. The smartphone is charged via a USB Type-C Rifle. USB OTG is supported. 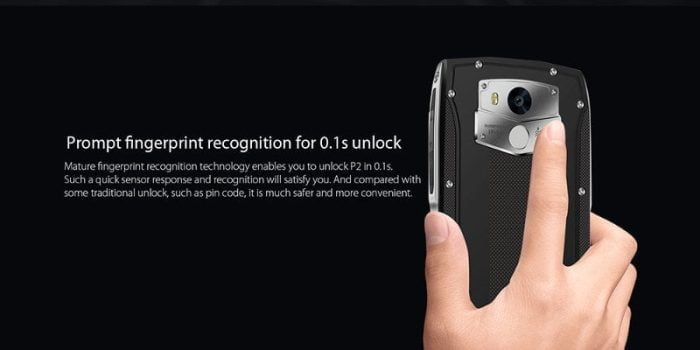 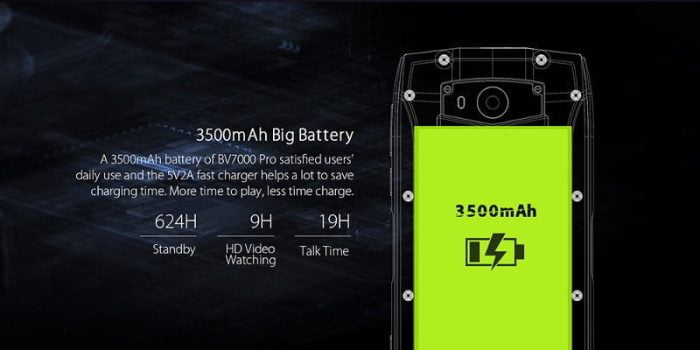 Chunky outdoor smartphones were yesterday. Blackview shows the BV7000 Pro, an elegant rugged phone that looks damn thin with a thickness of just 1.26 cm. However, if you compare the BV6000's hardware with the BV7000 Pro's, it's a bit disappointing that Blackview has decided to downgrade and even omits some useful features like NFC or a barometer altogether. However, if you do not need these features, the Blackview BV7000 Pro offers an interesting combination of a conventional consumer smartphone and a genuine rugged phone. 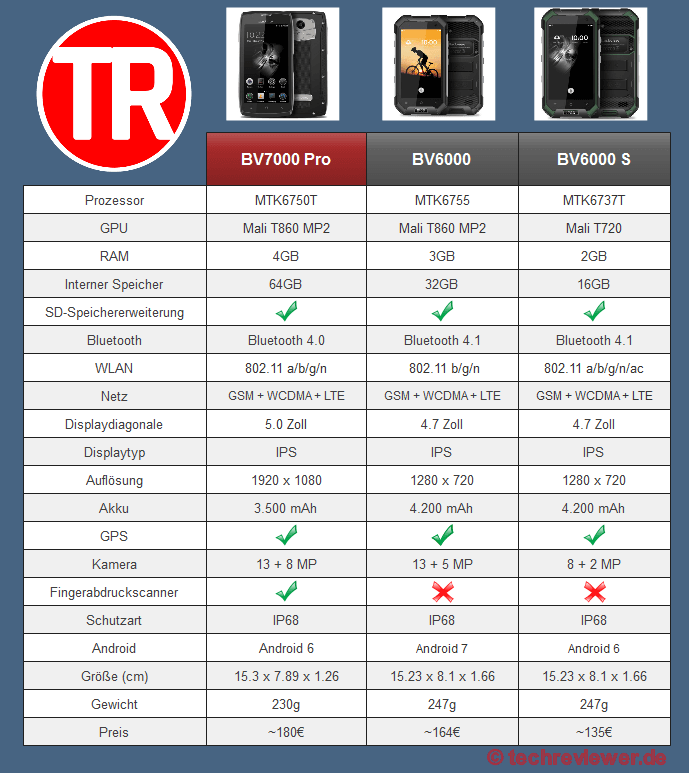 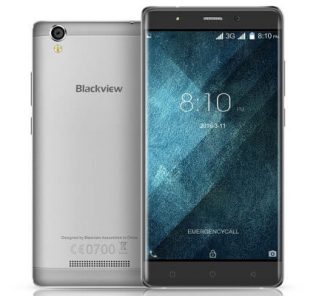 Great comparison. I decided on the BV7000 Pro and I'm really excited.