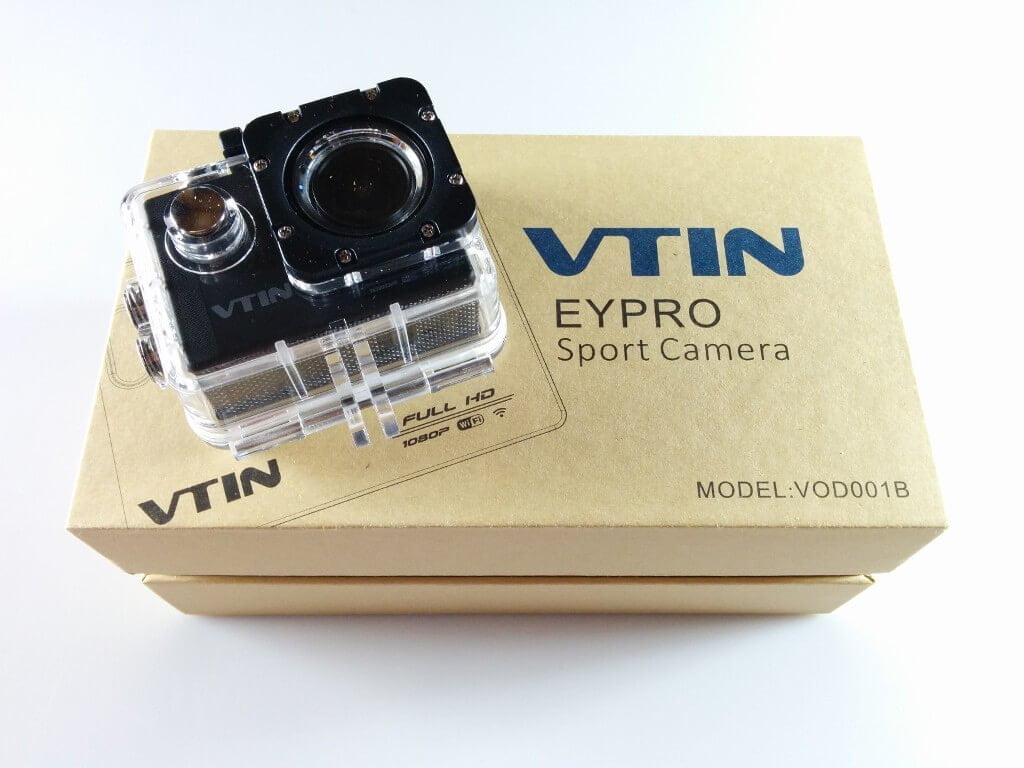 Who the SOOCOO S70 (Link to the test of the S70), will also recognize the cardboard box of the VTin EYPRO. In this box were next to the Action Cam two more boxes with accessories. This range of 27 parts includes all the necessary brackets to attach the Action Cam to the bike or helmet, a waterproof case and more. In the English-language operating instructions, the scope of delivery is again shown exactly as well as illustrated, which purpose the individual parts serve and how to use them correctly. Incidentally, the accessories correspond qualitatively to those of an SJCAM. Particularly interesting is that with the VTin EYPRO even 2 batteries are included. 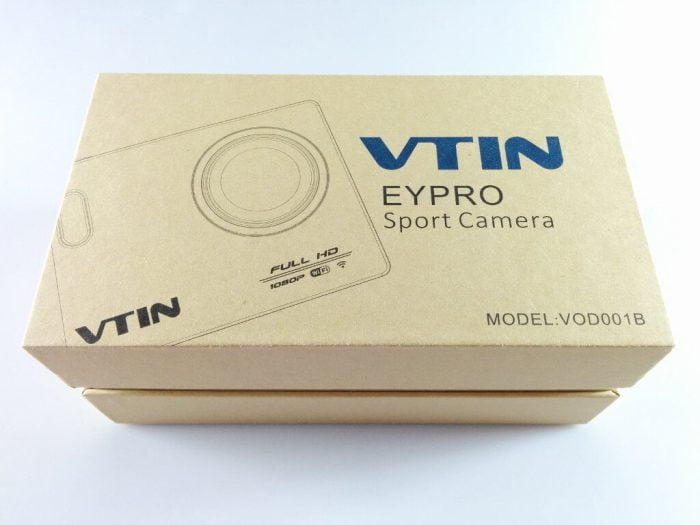 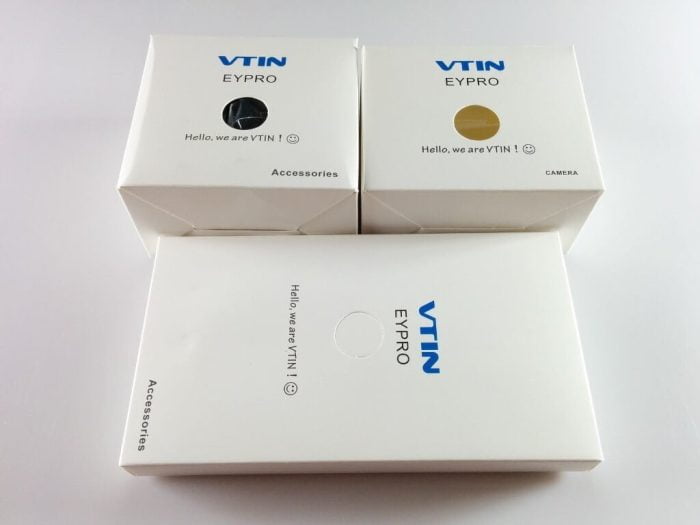 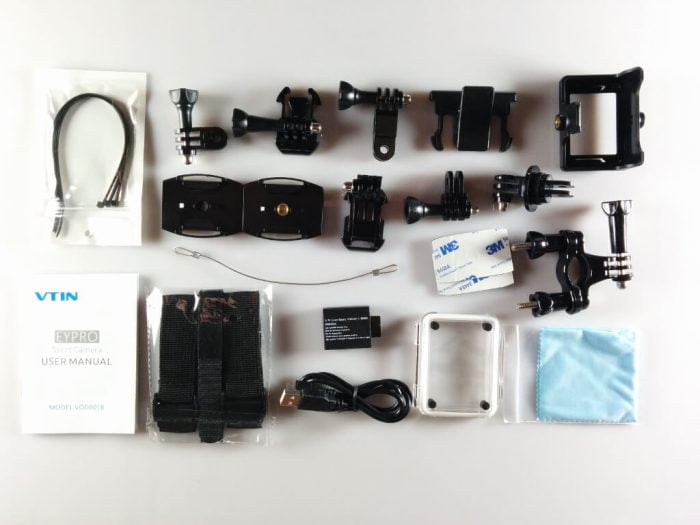 In the first hands-on, the VTin EYPRO by VicTsing makes a good impression. It is already delivered in a watertight housing, which is well processed so far, can be opened easily by the folding mechanism and complies with the usual norm. So if you need a replacement case, you can easily re-order one of the standard SJCAM cases.

When it comes to the housing design of the actual camera, the VTin EYPRO takes a slightly different approach (at least in detail). Although the size is identical to the numerous other action cams, a different power button was used on this camera, for example. The 2-inch display, which takes up most of the rear, is particularly noticeable. The SD card slot, a micro HDMI and a micro USB socket are located on the left of the housing. On the opposite side we have the control buttons for menu navigation and for activating the WiFi. The confirmation button is on the top, and there is a small LED to the left. Overall, this camera has small LEDs next to the display and just above the housing, which can be used to read the recording status. The battery compartment is on the bottom. The batteries of the VTin EYPRO have a capacity of 1050mAh (SJCAM 900mAh), but the size is identical to the batteries of a SJCAM. In addition, the EYPRO batteries do not have this thin paper coating, but a solid plastic housing. 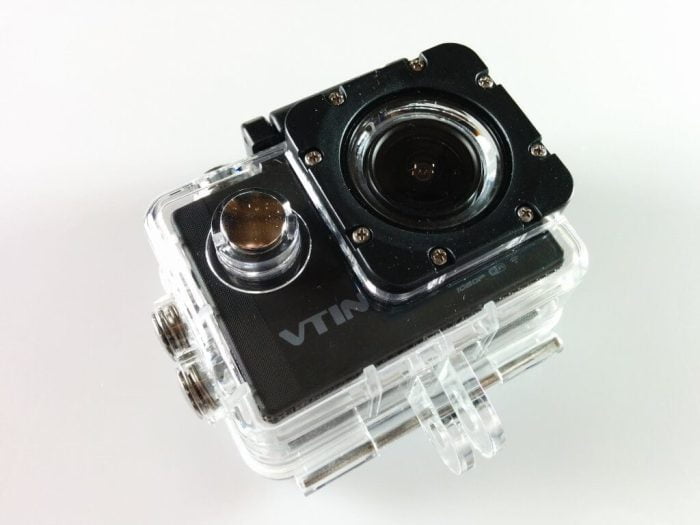 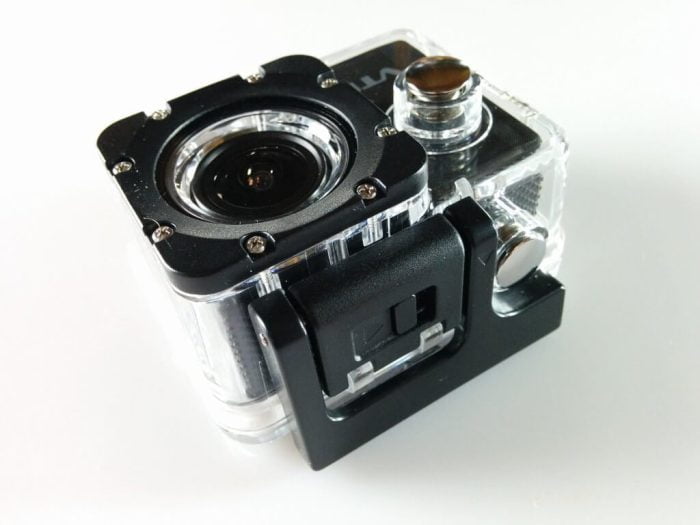 Insert the SD card (max 32GB), charge the battery, turn it on and the action cam is ready to shoot. The commissioning is no different from other Action Cams and is easy to understand even without English knowledge, thanks to the illustrated instructions.

What is interesting, however, is the user interface, which is little different from that of an SJ4000. Under the menu item Version, the camera is listed as 96655, which suggests a Novatek N96655 image processor. This is also used on the SJ5000. However, it is not known which image sensor was used. The firmware is from January 2016.

To use WiFi mode, you have to download an app that is available for both Android and iOS. In Google PlayStore, this app is called "Final Cam" (Link to the app) to find. If you don't have an app store, you can also get the app from another source. The link can be found on the back of the operating instructions in the form of a QR code. Via the app, the VicTsing EYPRO can then be controlled with a connected WLAN, and you can also make recording settings and transfer or view recorded recordings on the smartphone / tablet. 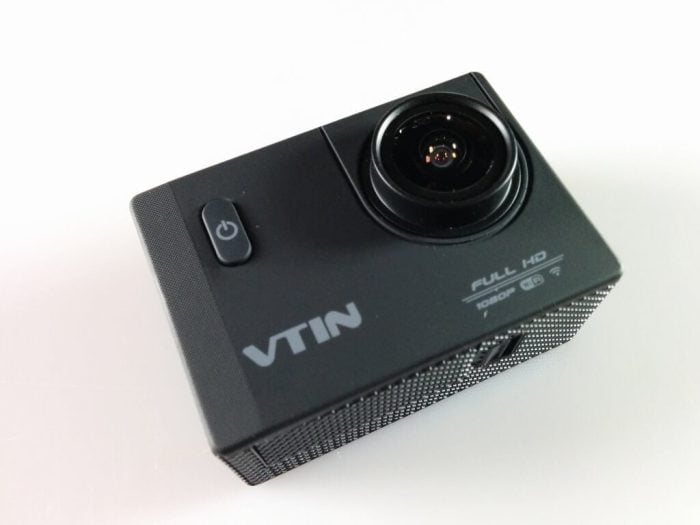 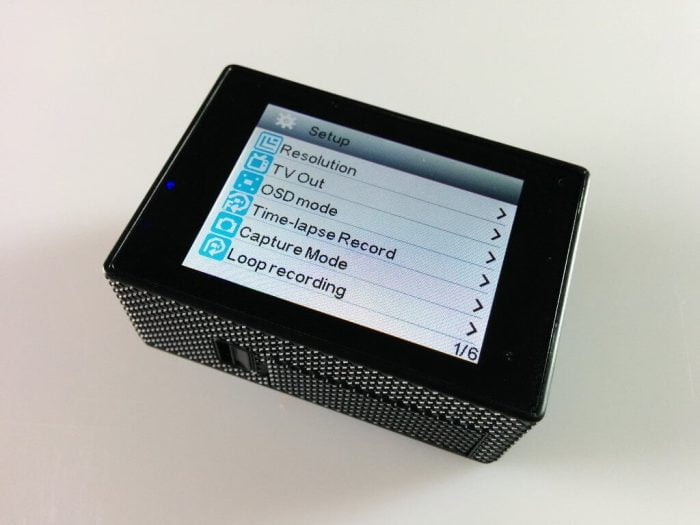 After several test shots I would call the VTin EYPRO a good beginner action cam. With 1080p I would have, according to the price, 60 images per second desired. The video quality, however, was convincing in daylight. The picture was sharp and largely colorfast. At dusk, however, I noticed the increasing pixelation. Brightness adjustment for light to dark transitions works well with the VTin EYPRO, but is minimally delayed.

The specified 12 megapixels in the image resolution are of course only an interpolated value. Since nothing is known about the image sensor, it can only be assumed here that an 3 megapixel image sensor, similar to that of a SJ4000, was used. Nevertheless, the EYPRO performs surprisingly well in terms of image quality. Test shots with "screwed-up" 12 megapixels were only slightly noisy and smaller details were easily recognizable.

The recording quality of the sound is also good on this Sports Cam. Spoken is recorded without waterproof housing and at a small distance, clear and understandable.

The VicTsing VTin EYPRO is a beginner-friendly action cam, which was able to convince in the test with a good image and video quality. The delivery includes all necessary accessories and fortunately, even an additional battery was included. The user interface is clear and easy to use. The WiFi feature is also fast and stable.

What I would have liked, however, would be 60 1080p image-per-second support.