by Timo1. October 2017
The Vorke V1 Plus is a mini-PC that leaves a working impression, at least on the data sheet. How the Mini-PC strikes in practice and for which application areas it is suitable, more in this review!
Overview
Manufacturer/Model

First impression of Vorke V1 Plus

The scope of supply around the Vorke V1 Plus is limited to the Mini-PC, Power supply including power cable, one HDD mounting frame with matching screws as well as an English-speaking one Manual, Surprising was the supplied power supply, which is among other TÜV-Süd tested and complies with European directives. The same applies to the power cable, including SchuKo plug, which also convinces qualitatively. Disappointing, however, is the hard drive tray, which leaves no particularly high-quality impression and was supplied completely bent. Quality control looks different! 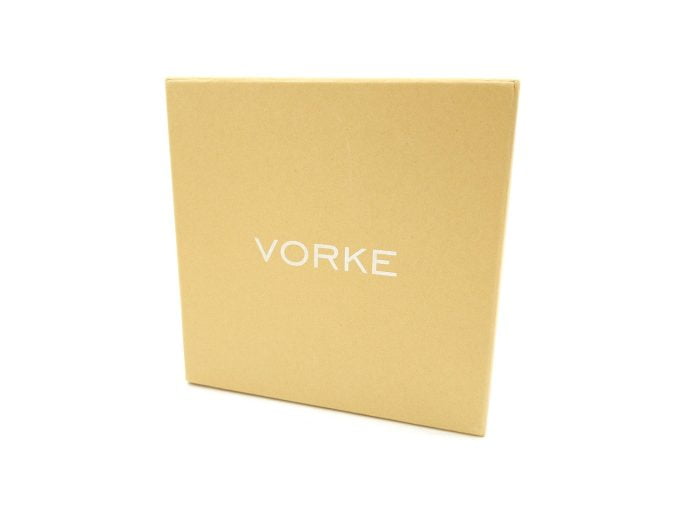 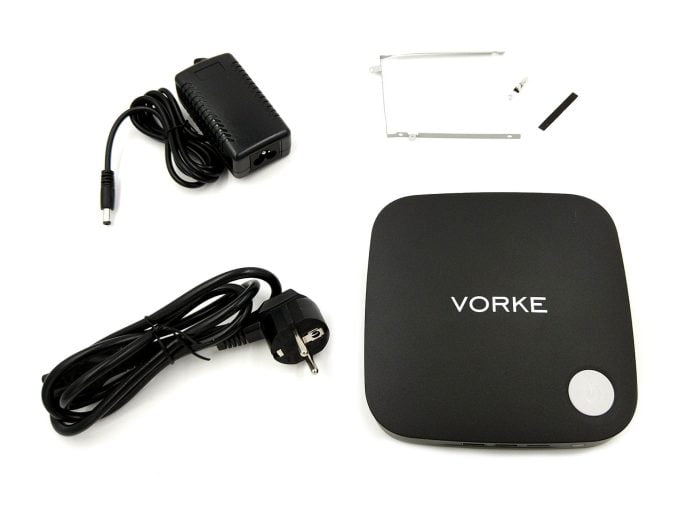 Design is mostly simple, whereby the mini-PC can be placed largely unobtrusive. Outstanding is only the "Vorke" lettering including the large power button. The case is made of matt black plastic and measures 15.3 x 15.xx 4.4 cm. The weight is 390g.

The connection options are located on the front and back of the rack. The front panel consists of two USB 2.0 sockets, a micro SD memory card slot and an IR receiver. The rear panel connectors are the DC power input, a VGA output, two USB 3.0 jacks, one 3.5 mm audio output, one HDMI output and one Ethernet jack. 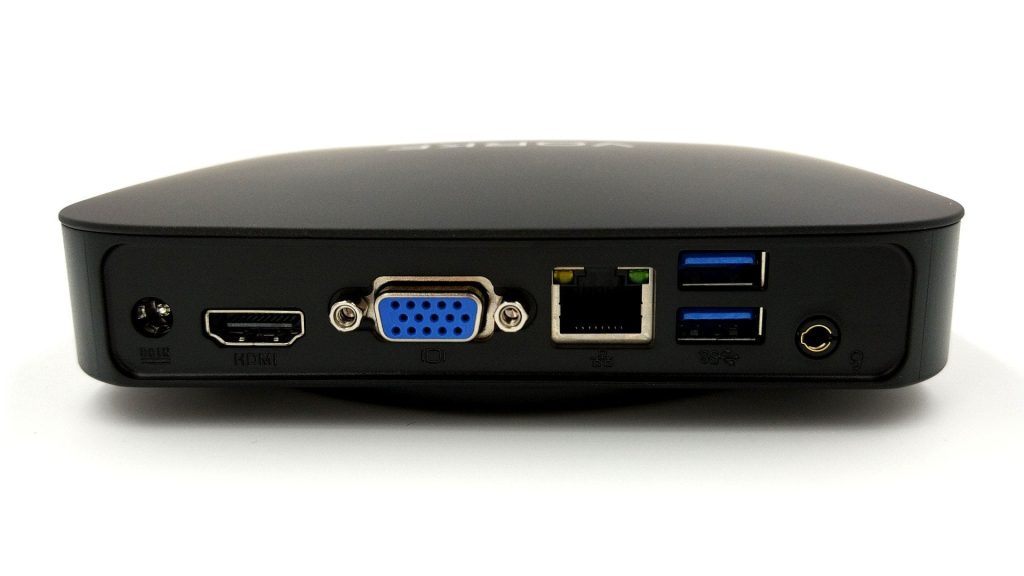 As expected, the Vorke V1 Plus is not cooled passively but via a small fan. The other housing frame sides are used for ventilation. On the left side, fresh air is sucked in, passed through the PC and discharged right again. The power button with LED indicator is located on the top of the housing.

The Vorke V1 Plus can be opened without any problems via the underside via a rotating mechanism with screw fastening. It is even intended to open the mini-PC to install an additional hard drive or exchange other hardware modules. There is no need to worry about a loss of warranty. At the same time, the removable underside is provided with a non-slip rubber pad. The processing quality of the Mini-PC is the price and convinced except for the included hard drive tray. 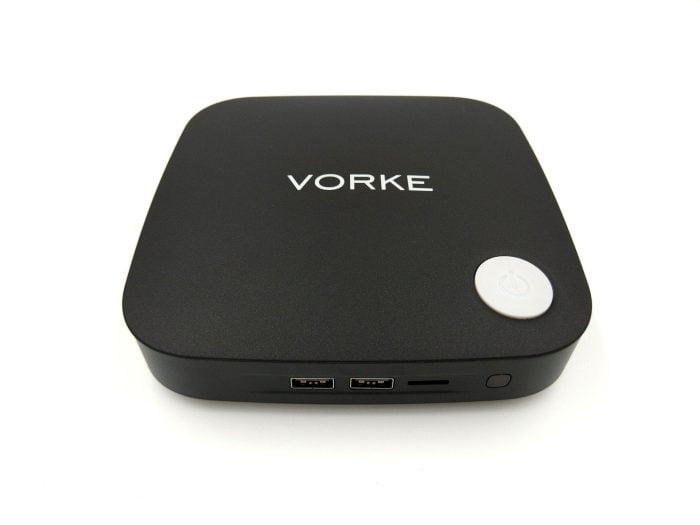 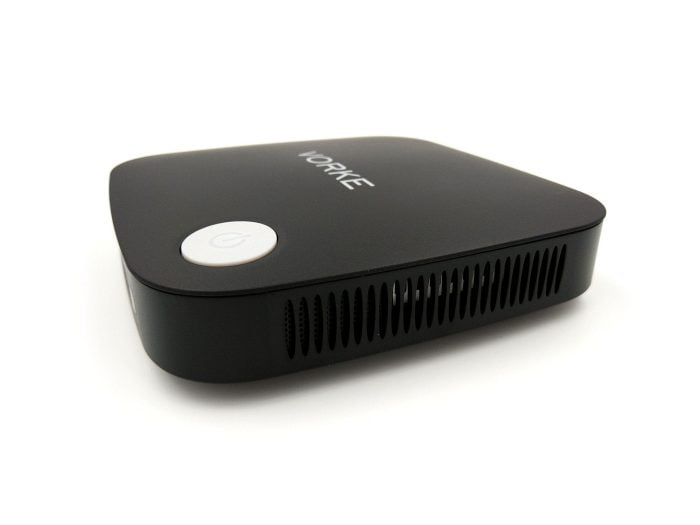 Commissioning the Vorke V1 Plus is uncomplicated. If you turn on the mini-PC, you are already from Windows 10 Home welcomed, which is pre-installed at the factory and only needs to be set up. Conveniently, Windows 10 is already enabled after setup, so you do not need your own product key. This is stored in the BIOS and is retained even after a Windows reinstallation. Alternatively, it is also possible Ubuntu to install. The steps required for this are explained in the enclosed operating instructions.

On the hardware side, the Vorke V1 Plus is equipped with a Intel Apollo Lake J3455 processor, 4GB DDR3 RAM and a 64GB SSD fitted. The one in 3. Quartal 2016 released processor belongs to the Intel Celeron series and is manufactured in the 14nm procedure. A total of four cores, each with 4 threads clock in the basic clock with 1.5 GHz and reach in the burst a clock speed of 2.3 GHz. The Thermal Design Power (TDP) specifies Intel with 10 Watts. The processor graphic is a Intel HD Graphics 500 GPU. 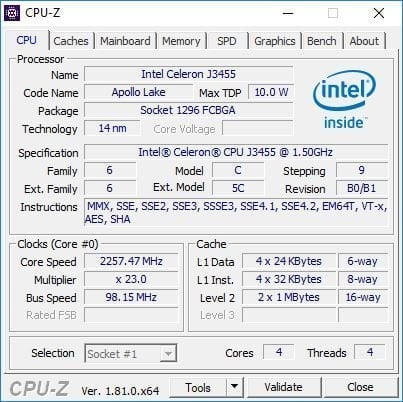 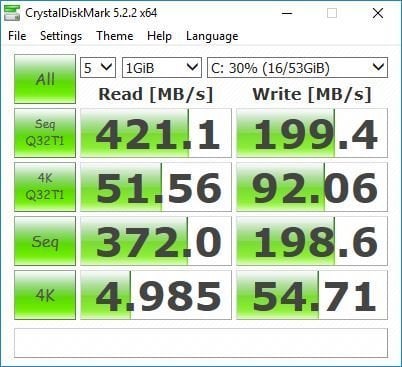 The storage facilities disappointed a little. Among other things, the Vorke V1 Plus would have been able to support DDR4 RAM. In order to keep the costs as small as possible, the manufacturer has probably decided for DDR3 memory. Also, the SSD is a bit narrow with only 64GB and achieves no outstanding writing and reading speeds. Almost 25GB already takes Windows 10, so that in the end only 39GB memory are available. A downer is, however, the Expandability of the Vorke V1 Plus, About the additional SATA III port, an additional 2.5 inch SSD can be connected. Also the already installed mSATA SSD can easily be exchanged for a larger SSD. An expansion possibility of the main memory is not provided in comparison to the Vorke V1 without plus addition. 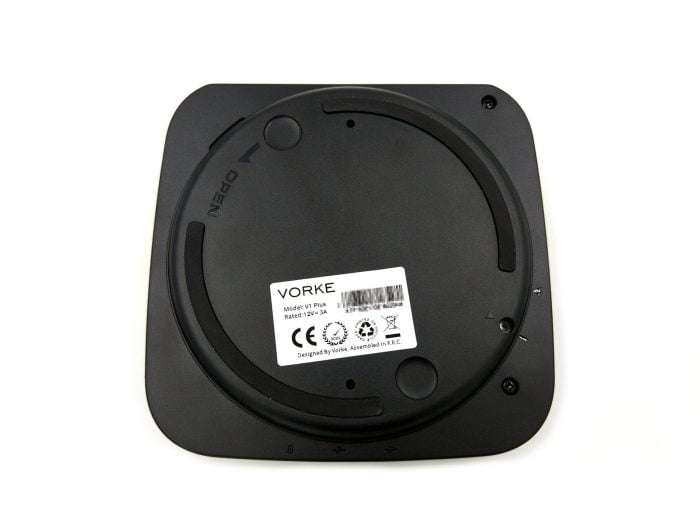 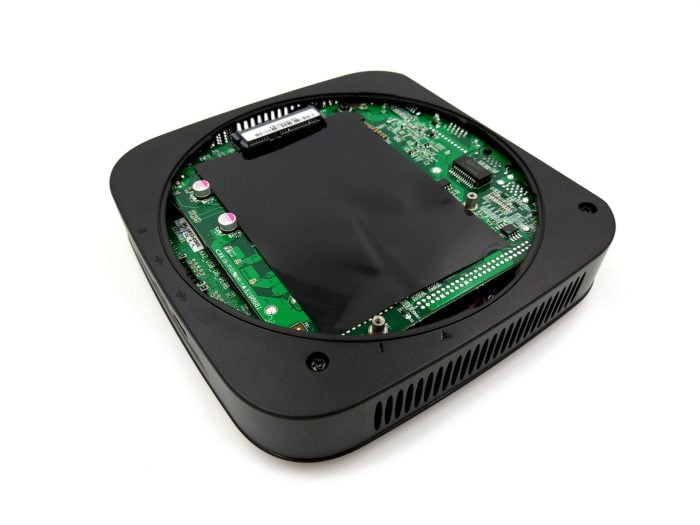 I mainly used the Vorke V1 Plus as an extra workstation during the test phase. Windows 10 was consistently fluent and performance-wise convinced the Mini-PC by pleasant loading times. Word, Excel and some image editing with GIMP were no problem in the test, with GIMP already making the V1 Plus work up a sweat. Even with simultaneously open tabs in the Chrome browser, which are known to be very memory-hungry, came the mini-PC well. For what the Vorke V1 Plus, however, hardly or not at all suitable is working with Photoshop and video editing programs. For this, the performance of the Apollo Lake processor is simply not enough, which is noticeable by a disturbed workflow with numerous picture hangers. In idle is the core temperature about 50 ° C. Under full load, the temperature can reach the 85-90 ° C. Unfortunately, the small and pretty loud fans The cooling of the Mini-PC is not completely under control, which is why it is so called under full load "Thermal Throttling" comes. To regulate the temperature while the processor power is throttled.

Even when gaming you should not expect high expectations of the mini-PC. Although in the test games of older vintages run smoothly, but if you want to play current titles, the Vorke V1 Plus is simply overwhelmed. A good example would be the Valve titles Half-Life, Dota 2 and CS: GO. The old Half-Life and Counter-strike 1.6 are as expected no problem for the mini PC. The more up-to-date source engine titles Dota 2 and CS: GO are still running at low resolution and lower graphics details reasonably fluid, an undisturbed gameplay was not in the test yet. Particularly in the case of effective game events, the refresh rate dropped significantly, resulting in a regular jolting game. 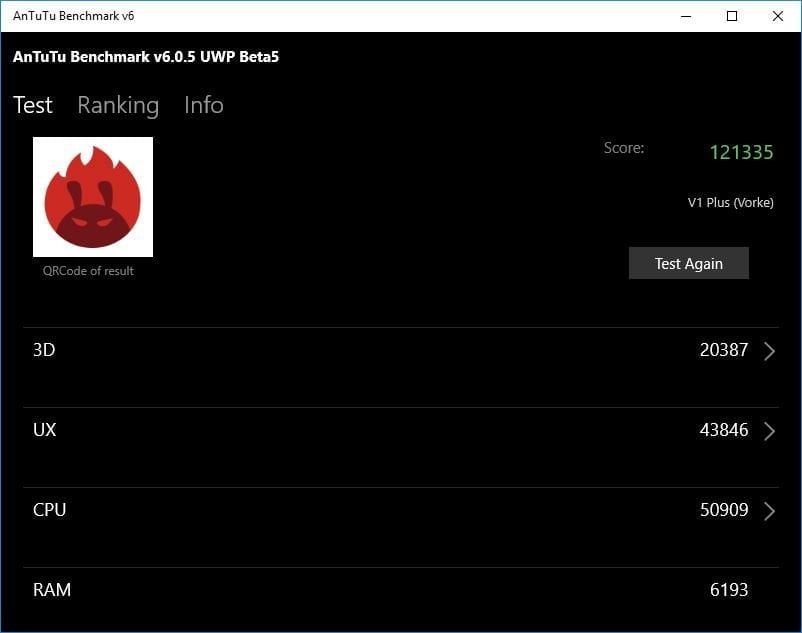 The Vorke V1 Plus surprises surprisingly well in the home cinema sector. In particular, the Intel HD Graphics 500 shows that it copes well with the hardware decoding of H.265 or HEVC encoded video material. By the HDMI 2.0a video output is self 4K video footage with 60 Hz fluid playable. The Dolby Digital and DTS pass-through works. TrueHD and DTS HD are not supported. What the mini-PC is also missing unfortunately is an S / PDIF output. However, what bothers most the home theater experience with the Vorke V1 Plus is the comparatively loud fan. Especially with the 4K playback this turns very high and disturbs the movie experience. For a satisfying home theater experience, a passive-cooled TV box is definitely the better choice. 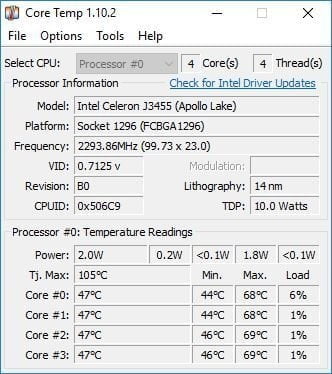 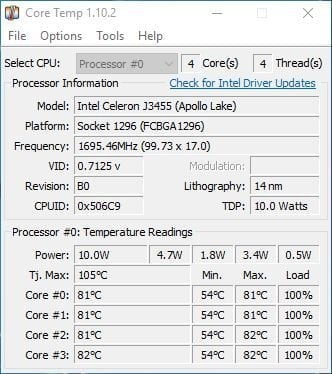 Wireless Module carries the name Intel Wireless AC 3165, Among other things, this is a dual-band AC WiFi module that understands both 2.4 GHz and 5 GHz networks. The theoretical maximum speed is 433 Mbps. At the same time the module supports device with version 4.2.

Integrated in the WLAN, the Mini PC delivers acceptable results. The signal strength and the data throughput are not objectionable, as long as the WLAN access point is in the same room. The Vorke V1 Plus copes with other distances rather mediocre. Especially through walls, the data throughput drops comparatively strongly, which makes 4K streaming a problem. The signal quality via Bluetooth is not objectionable. The average range of 10 meters is no problem for the Mini PC.

The Vorke V1 Plus is a solid mini-PC, the performance of which corresponds to the required hardware. Everyday office work, the mini-PC has grown and not too demanding games pose no problem. As a media center delivers the V1 Plus also very good results, resulting in a liquid 4K playback, but a big disadvantage is very much loud fans, which affects the movie experience immensely. The main criticism is the thermal throttling, which only makes itself felt under continuous full load, but significantly reduces system performance.