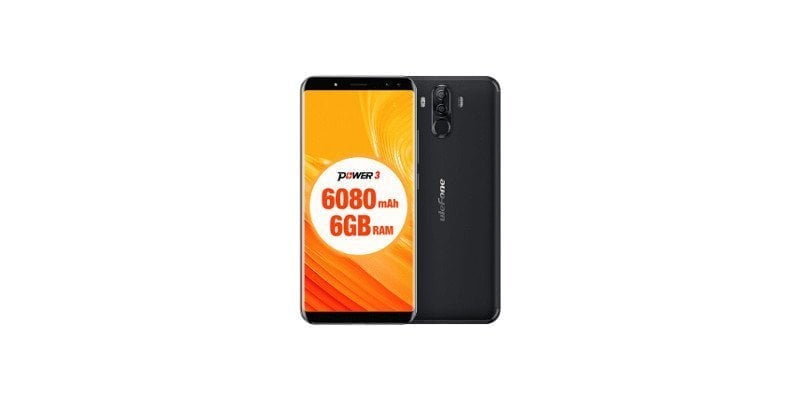 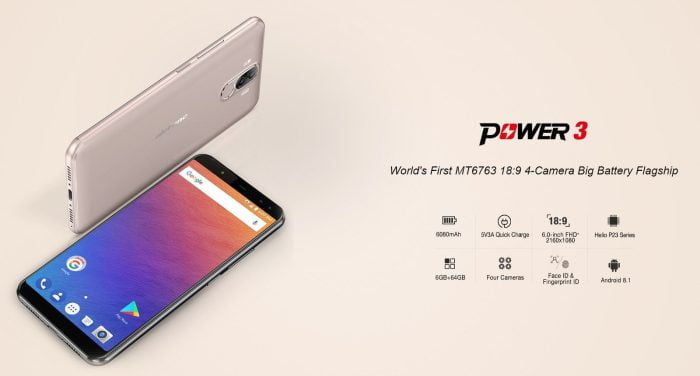 The display of the Ulefone Power 3 has a display diagonal of 6 inches with 2160 x 1080 pixels and thus follows the trend of the recently popular China smartphones. The point density is 401 PPI, which means that individual pixels can hardly be seen with the naked eye. The aspect ratio of 18: 9 will have a significant impact on the handling and general use of the smartphone. The display is of the "in-cell" type and, through the connection of digitizer and LCD display, enables a more compact panel with less weight and improved display. The display is protected by Corning Gorilla Glass 4, a particularly hard-wearing branded display glass. The screen-to-body ratio, i.e. the ratio of the display to the housing, is given by Ulefone as 90.8%. Often these values ​​are far-fetched and do not correspond to reality. Based on the case dimensions of 159.2 x 75.9 x 9.85 mm given by Ulefone and the values ​​of the display, this would result in a screen-to-body ratio of 76.89 percent. For comparison, a  Xiaomi Mi Mix 2  achieves a screen-to-body ratio of 80.79 percent.

The Ulefone Power 3 is one of the first smartphones to be equipped with a MediaTek Helio P23 system-on-chip (MTK6763). This processor works with a total of 8 Cortex-A53 processor cores (Octa-Core) that clock at up to 2.5 GHz. "Heterogeneous Multi-Processing" also enables efficient power distribution to the individual clusters. The graphics unit of the system-on-chip is the ARM Mali-G71 MP2 GPU, which should cope well with mobile games. The memory equipment of the Power 3 is also impressive. The manufacturer has opted for a 6GB LDPPR4X memory and a 64GB eMMC5.1 flash memory. A memory expansion using a microSD memory card is possible. However, you have to do without the dual SIM function of the smartphone! 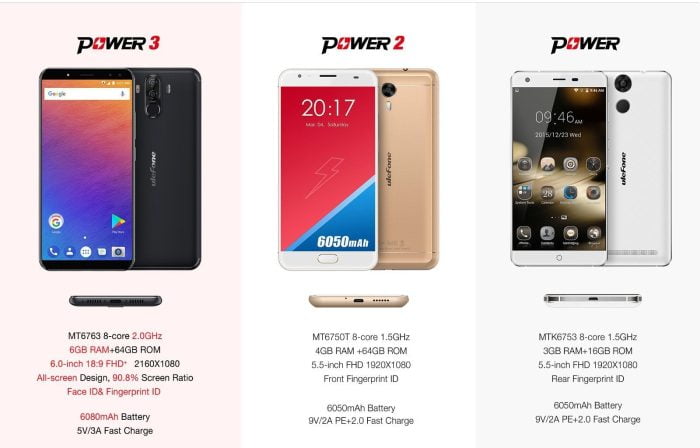 A major innovation compared to the previous model is the camera equipment. The smartphone is equipped with a 16 + 5 megapixel (21MP interpolated) main camera and an 8 + 5 megapixel (13MP interpolated) front camera. The main sensor of the main camera comes from Samsung and is called Samsung S5K3P3. The aperture of the main camera is f / 2.0, that of the front camera is f / 2.2. Ulefone expects a "DSLR-like" bokeh effect through the use of two image sensors. How well the effect comes across will have to be shown in the test. The main camera is also equipped with a dual-tone LED flash for improved recordings in poor lighting conditions. Viewable selfies should be achieved with a "soft light" in poor lighting conditions. 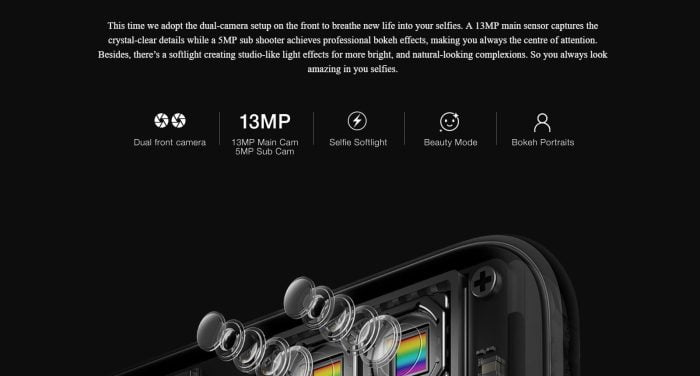 Design, battery and others

Due to the aspect ratio of 18: 9, the Ulefone Power 3 is a particularly slim smartphone in a noble metal housing. The huge 6.080 mAh battery also makes the smartphone significantly thicker (9.85 mm) and heavier (210g) than many other 18: 9 devices. In general, one battery charge should be enough for several days of use. To ensure that the battery is recharged quickly, Ulefone advertises the Power 3 with a "Light-Speed ​​Fast-Charge 4.0" fast-charging function that should fully charge the battery after 120 minutes.

Android 8.1 is also widely advertised as the Power 3 operating system. However, Ulefone writes on a small scale that the smartphone will initially be shipped with Android 7.1. Android 8.1 Oreo should then be submitted "very soon" via OTA update. Smart unlocking functions are available and amount to a "Face ID" facial recognition and a fingerprint scanner on the back of the housing. With the AW8763 HiFi chip, the smartphone also wants to score in terms of sound quality. Other features include support for dual-band WiFi, GPS and GLONASS, as well as the typical sensors (gyroscope, proximity sensor, e-compass, brightness sensor, acceleration sensor), Bluetooth 4.1 and a notification LED. The 2G, 3G and 4G frequencies and bands that are common in this country are all supported.

The Ulefone Power 3 already leaves a positive impression on the data sheet. A battery-powered smartphone with an 18: 9 display sounds tempting. The memory configuration also leaves nothing to be desired. With the use of the Helio P23, the smartphone is equipped with a new mid-range processor, which should ensure sufficient performance in everyday life. On the other hand, the view of the camera selection is a bit critical. The use of several image sensors does not result in good recording quality at the same time. Other China smartphones with dual cameras have already shown that a single sensor would often have been the better choice. It remains interesting how well Ulefone matched the cameras of the Power 3 to the Imagiq 2.0 ISP of the Helio P23. As soon as we have reached the test copy, the detailed review of the Ulefone Power 3 will follow here!

GearBest was one of the first online retailers to list the Ulefone Power 3. The smartphone is currently available for around € 220. From December 25th to January 3rd, the smartphone is even available for only € 188. You can find out more about this via the attached link. The dispatch takes place from the middle of January! 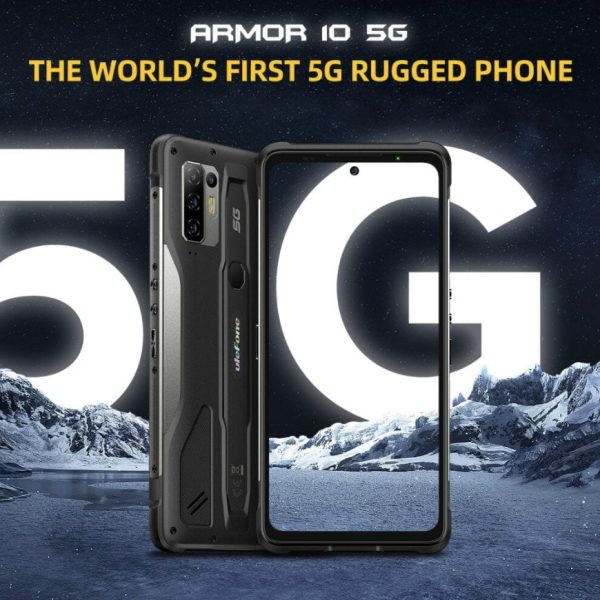