by Timo1. May 2017
And the smartphone is up and running and running. With these few words you can describe the new battery Ulefone Power 2, which is equipped with a powerful 6050 mAh battery. What the smartphone has to offer otherwise and what experiences we were allowed to make with this device, more about this in this review!
Overview
Manufacturer/Model

First impression of the Ulefone Power 2

Ulefone has one new version of the power smartphone released. The Ulefone Power 3 continues the series and still has a battery beyond the 6.000 mAh. Nevertheless, a lot has changed in terms of design, as well as in terms of features. If you want to know more about the new Ulefone Power Smartphone, please find attached a link to our article!

By way of example, Ulefone is adding a decent accessory package to the Power 2. Are included besides the usual Charging cable and power adapter also a social Hardcase in leather look, a thicker one Screen Protector, Smartphone Stand, One SIM needle and Manual. 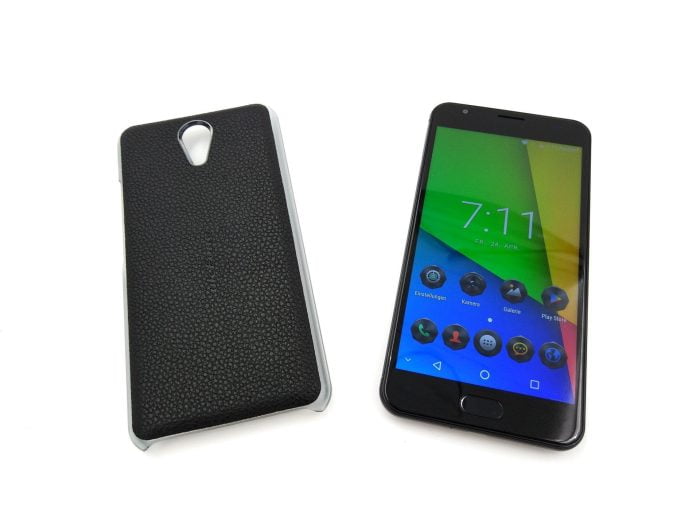 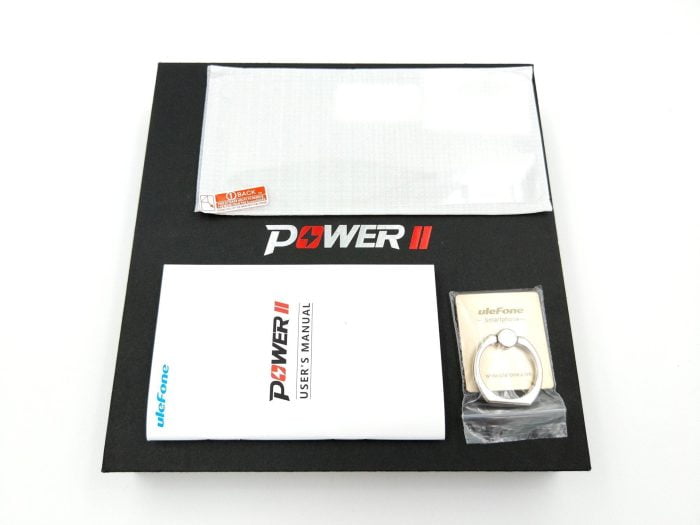 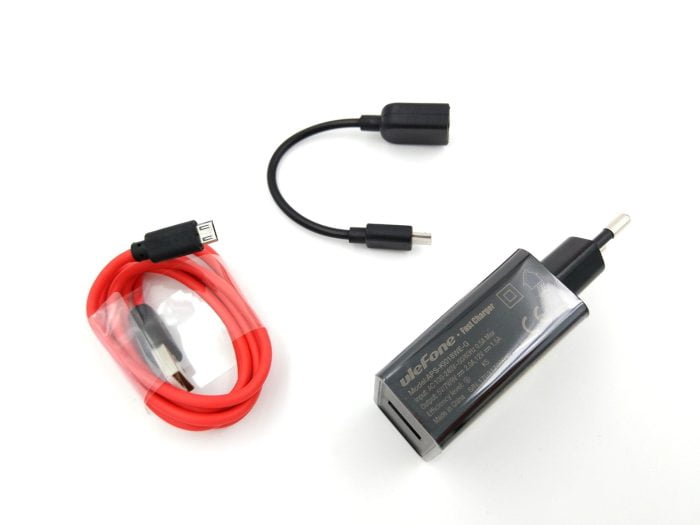 Many smartphone manufacturers are increasingly relying on compact and lightweight. Ulefone strikes the exact opposite direction with the Power 2. With a Weight of proud 212g and a Thickness of 99 mm the smartphone is a force and is accordingly in the hand. After all, the 6050 mAh big battery somehow needs to be accommodated.

The smartphone is in the Colors black, silver and gold available. On the one hand our test copy in the color black is nice to look at, but the matt black case was already covered with fingerprints after unpacking. 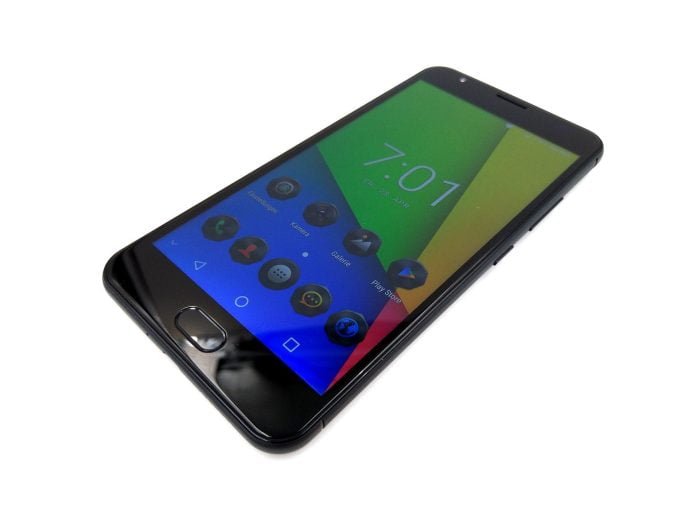 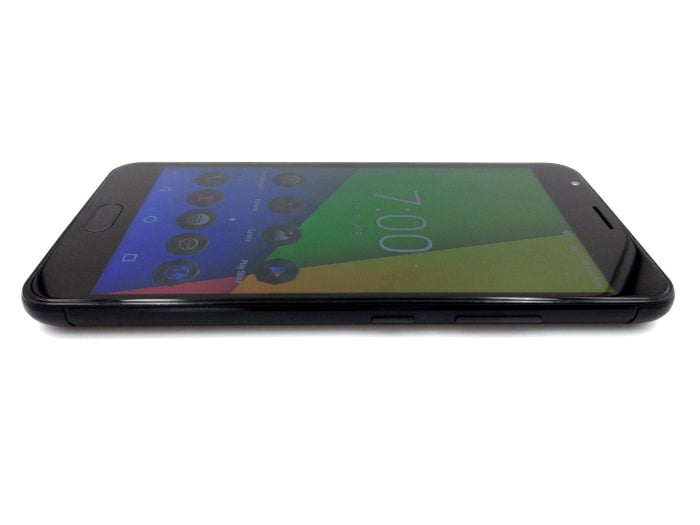 By the so-called Unibody design it is not possible to remove the back of the device, so there is no direct access to the battery. On the left side of the case is the SIM slot. This is a Hybrid Slotwho either the Dual SIM usage (2x Nano SIM) allowed, alternatively, but also with a SIM card (Nano SIM) and an SD memory card (Micro SD) to expand the internal memory. The smartphone has a total of three control buttons. In addition to the Power button there is one more Volume rocker and one physical home button, The home button also includes the fingerprint sensor. Capacitive control buttons are not available on the smartphone. A Headphone jack is present, and there is a front side Notification LED, To charge the battery or to transfer data, the device has a Micro USB socket, A more recent USB Type-C socket would have been desirable.

Unfortunately, the Ulefone Power 2 is not immaculately processed. On the back of our matte-black specimen is a small paint defect, In addition, the transition between the metal back and the plastic housing ends is sharp-edged. The home button can only be pressed in one direction. This rocker-like keystroke feels very unusual. There are no unsightly gaps. 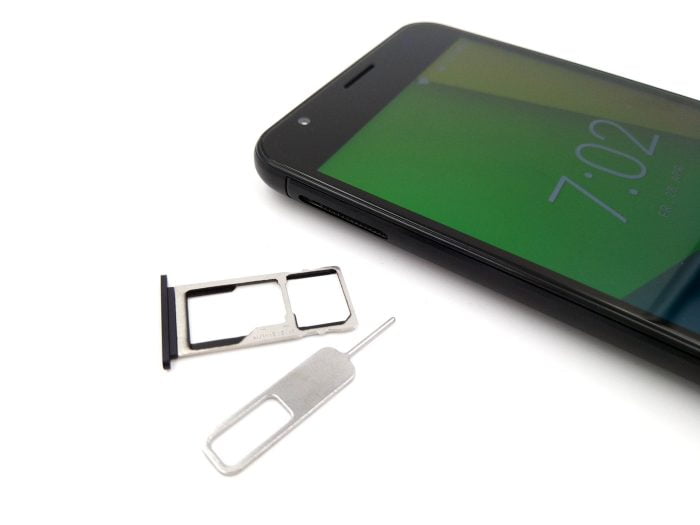 The display has a Diagonal of 5.5 inches and solve it 1920 1080 x pixels on. The display is protected by Gorilla Glass 3 from Corning, The presentation is not objectionable. Content is displayed crisp and the color reproduction looks natural. On "MiraVision", for representation correction, waived Ulefone.

Also convincing is the display of the Ulefone Power 2 at the Viewing angles, No matter from which angle you look at the display, fonts remain legible and the color fastness is retained. The maximal display brightness falls on average. in the Multitouch maximum 5 simultaneous inputs are detected.

The system-on-chip of the Ulefone Power 2 forms one MediaTek MT6750T CPU, the total 8 processor cores owns, of which 4 with up to 1.5 GHz and 4 with up to 1.0 GHz overclock. The GPU is one Mali-T860 MP2, The storage equipment is impressive. In addition to one 4GB large DDR3 memory the smartphone has one 64GB large internal memory.

In everyday life, the performance of the Power 2 convinces. Multitasking with multiple apps is no problem. Only with compute-intensive application, the performance drops slightly. Apps start and load the processor accordingly quickly. Current mobile games are also running on the device. In too demanding games, however, it can occasionally lead to image collapses.

On the Ulefone Power 2 is already running Android 7, Unfortunately, the manufacturer has decided to deviate from Stock Android and a heavily modified ROM to use. Although no bloat merchandise is preinstalled, the special theme clouded the experiences made in the test with the user interface.

The octagonal and especially dark app icons do not look very inviting. The same goes on in the settings, where each subcategory has an icon. A way to change the theme Ulefone has not installed. If you want to change the design, you can not avoid an additional launcher from the PlayStore. The additional functions of the user interface are impressive. In addition to numerous unlock gestures and shortcuts, there is also a smart operation by swiping.

Ulefone uses one unspecified image sensor, In good lighting conditions acceptable image recordings are possible. To criticize, however, is the poorly tuned automatic mode, whereby the shot images are partially overexposed. With low light conditions, the main camera still gets along well. The picture noise is limited. However, it is becoming increasingly difficult to take shake-free images. The camera becomes sluggish in low light conditions and the triggering time increases significantly. In good lighting conditions, the Power 2 impresses with its low shutter speed and fast autofocus.

Many effect modes or gimmicks have not to offer the pre-installed camera app. Only one HDR mode, Panorama mode and an Beauty mode are selectable as additional recording modes. The settings are also rather spartan. 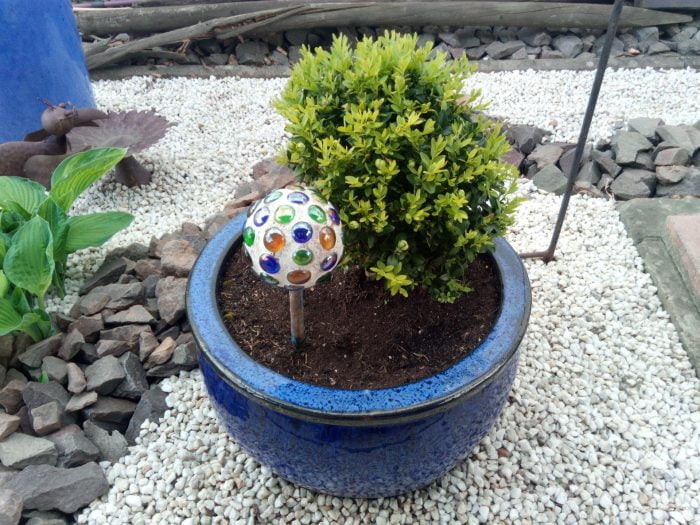 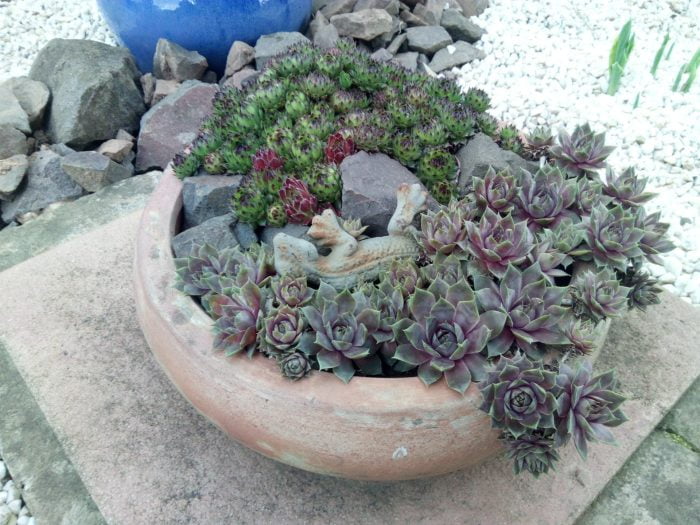 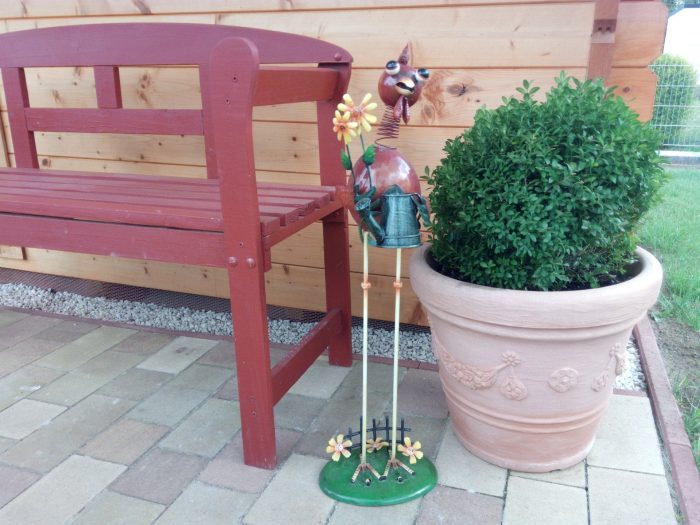 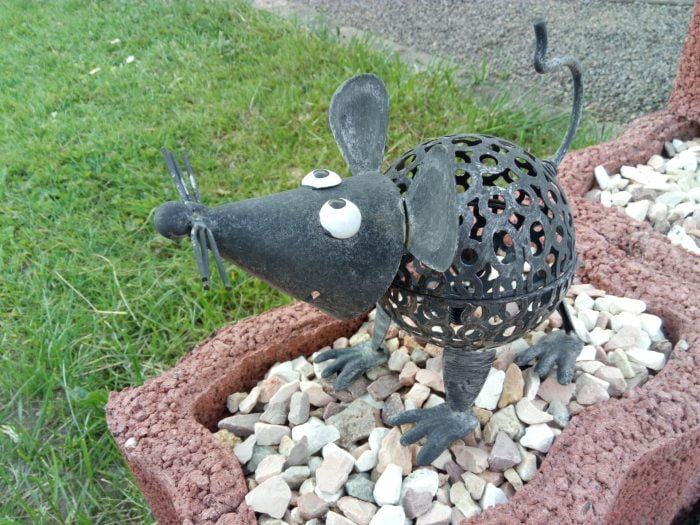 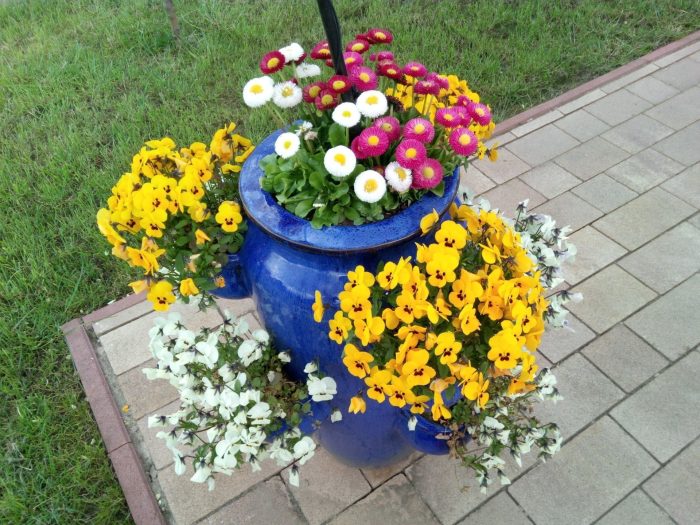 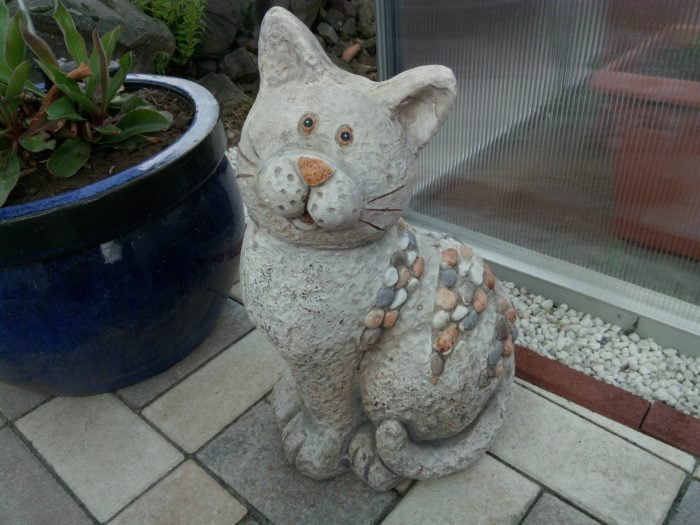 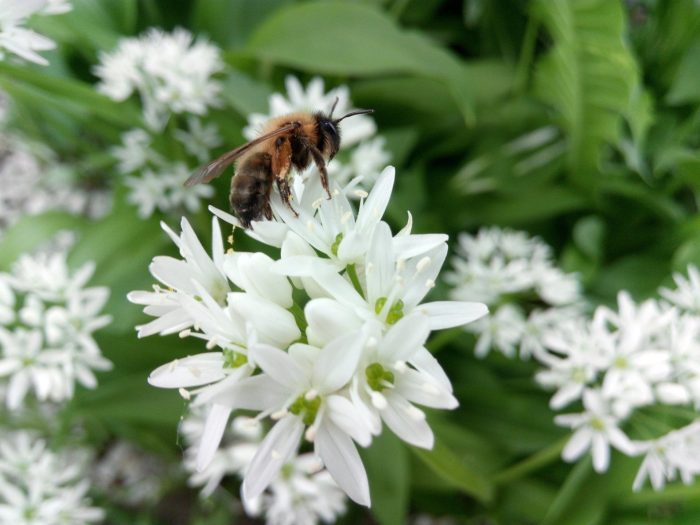 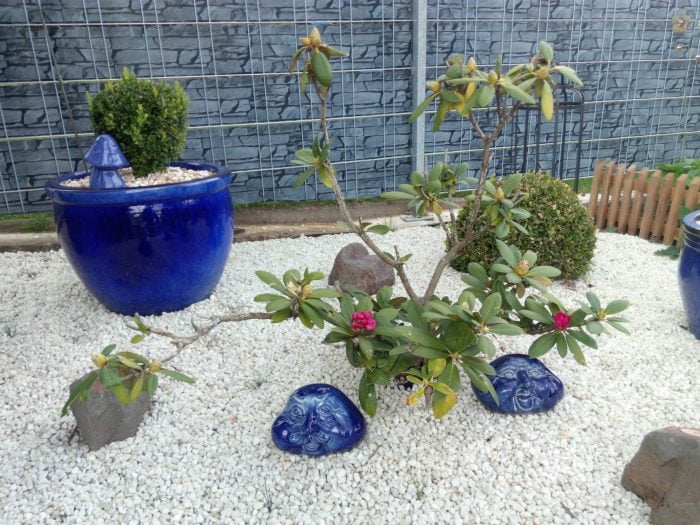 In the video recording the Ulefone Power 2 can hardly collect points. First, there is no way to select the resolution recognizable by pixels. Here Ulefone offers only four quality choices, ranging from Low to Medium and High to Fine. Behind each of these choices is a different video resolution. For example, if you select the highest recording quality "Fine", videos are recorded in 1080p. Unfortunately, on 1080p clear image declines are noticeable and the recorded videos are for the most part useless. By the way, all videos will be in Ancient file format "3GP" saved. The "Electronic Image Stabilization (EIS)"which Ulefone has integrated does not make the cabbage too fat.

The front camera takes detailed pictures, which are, however, traversed by a clearly perceptible red tinge. You should not rely on acceptable selfies! The video function, however, is sufficient for video telephony completely. 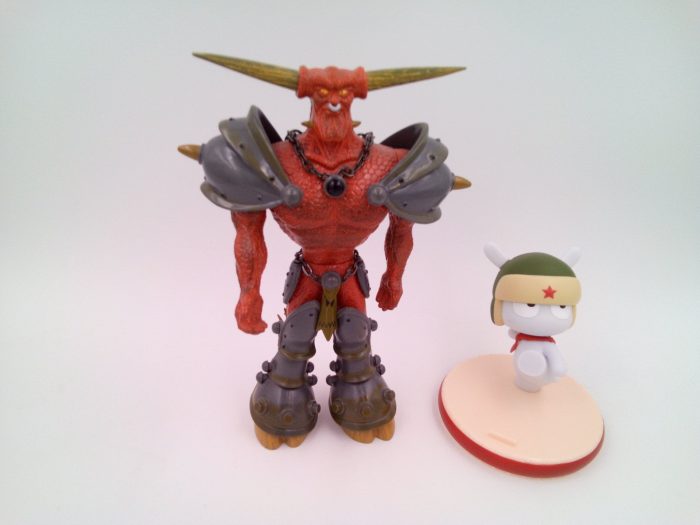 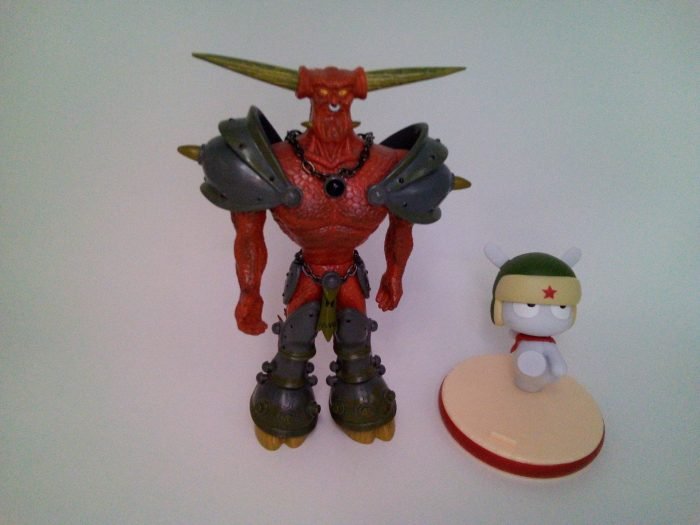 The smartphone supports all common in this country Mobile standards from 2G to 3G to 4G, The used in Germany LTE tapes 3, 7 and 20 available. The telephony, as well as the mobile surfing work with the Ulefone Power 2 error-free. The reception quality and transmission quality were consistently good in the test.

In the WLAN, the smartphone is also good. Next 2.4G WiFi will also be 5G WiFi supported. The stable signal range and the data throughput rate are in good average. The same applies to the connection via Bluetooth. Here, the Ulefone smartphone is characterized as very easy to receive. The hands-free device connected in the test was found quickly, coupled and data was transmitted without loss.

The GPS fix was found within a few seconds. When navigating on land and in the city, the signal was kept constant and the position was accurately determined. Is also installed a E-Compass, whereby the device can also be used as a pedestrian navigation.

Sensory is the smartphone with a brightness sensor, one Proximity sensor, one Accelerometer, One gyroscope and the above E-Compass equipped.

The sound quality of the speaker could not convince. Although no unpleasant scratching is noticeable at maximum volume, instead the music played over the loudspeaker sounds like from the tin can. More convincing is the sound quality over the 3.5 mm headphone jack. Music is played clean and without disturbing background noise. 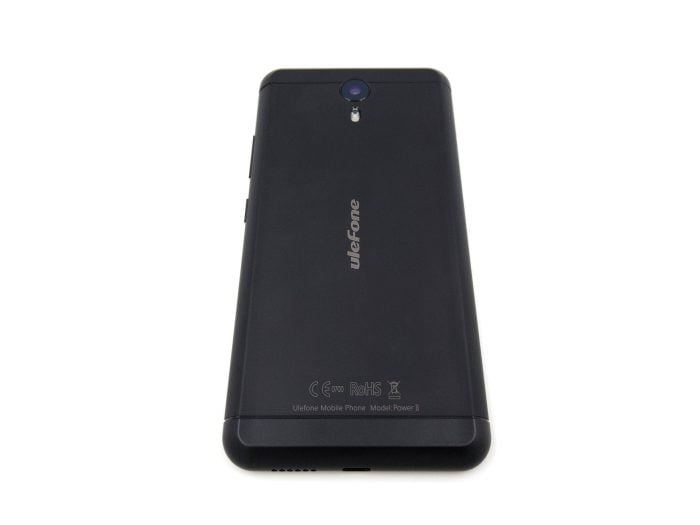 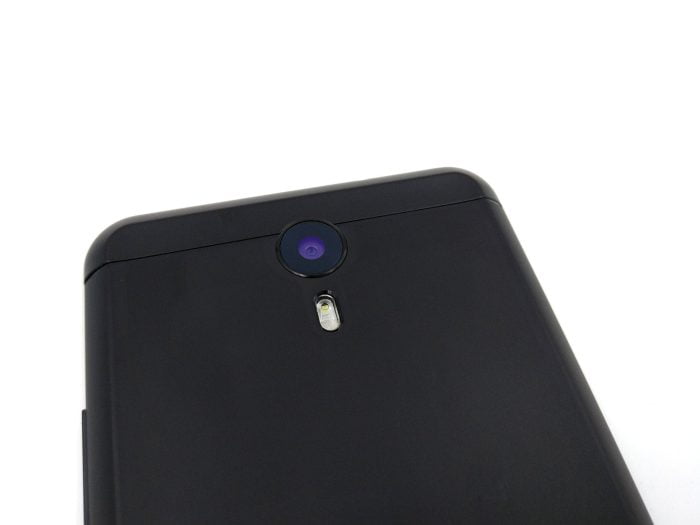 The highlight of the Ulefone Power 2 is the 6050 mAh strong battery. Once fully charged, the battery will easily last for several days. With low usage and occasional WhatsApp and surfing, the battery even kept whole 5 days. In standby, the smartphone is shown to be well optimized. The battery consumption is low. in the PCMark Battery Benachmark The battery lasted a whopping 11 hours and 38 minutes. Only the workflow was measured from 100% to 20% remaining capacity. With the Quick charge function Pump Express 2.0 The battery of the Power 2 is already fully charged after 2 hours. If you are in a hurry and the smartphone is only connected to the power for 45 minutes, the battery is already charged at 50%.

The Ulefone Power 2 is, according to the price, neatly equipped smartphone, which also beats well in everyday life. With the huge 6050 mAh battery you can easily use the smartphone throughout the day. With moderate use even several days are in it. Also about charging the battery you do not have to worry. With MediaTek's quick charge function "Pump Express 2.0" the battery is charged in no time. Disadvantage of the big battery is the chunky design, which probably does not like everyone.

May I ask where you got your device from? There are probably several versions and I'm looking for the physicalm home button.

Hi and sorry for the late feedback. The physical home test copy is from GearBest.