by Timo10. February 2017
The headphone specialist "noontect" expands its product range and for the first time publishes a wireless TV headphone - the noontec Hammo TV. How the headphones sound and whether a purchase is worth more about this in this review.
Overview
Manufacturer/Model 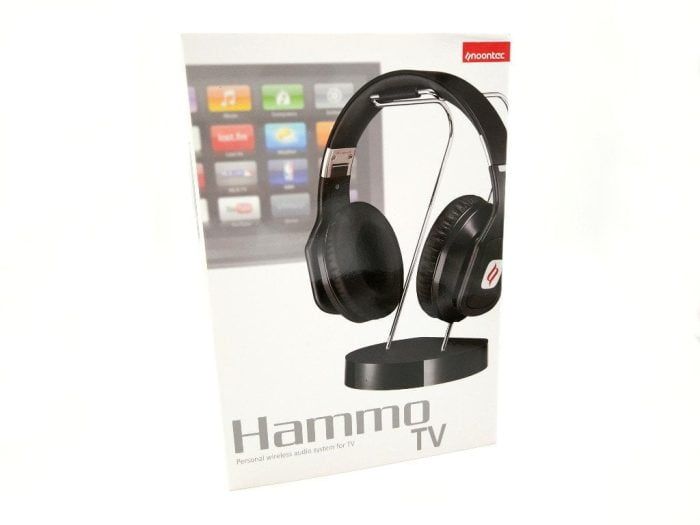 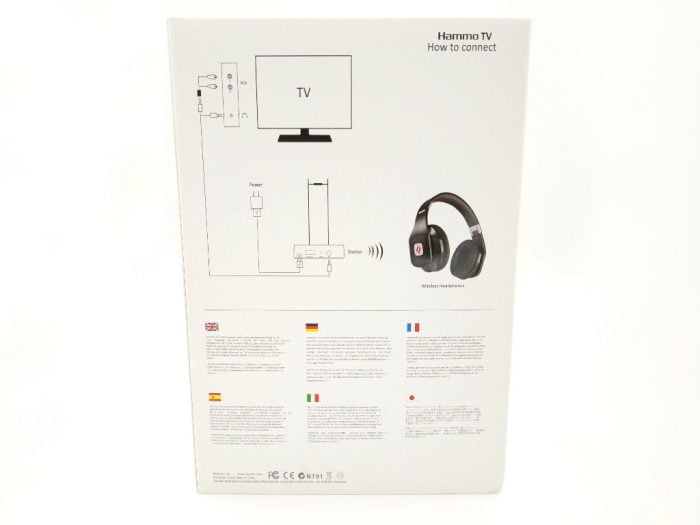 The included accessories around the noontec Hammo TV are impressive. In addition to the base station, which is also intended as a filing, are total 3 audio cable, USB Type-A cable, USB power supply (EU) and Travel adapter (UK) and an transport bags contain. The 3 audio cables are 2 different colored 3.5 mm audio cable - jack to jack and an extension cord - RCA to jack. Another cable is a 3.5 mm cable jack on USB 2.0. A well-translated, multilingual user manual is also included. 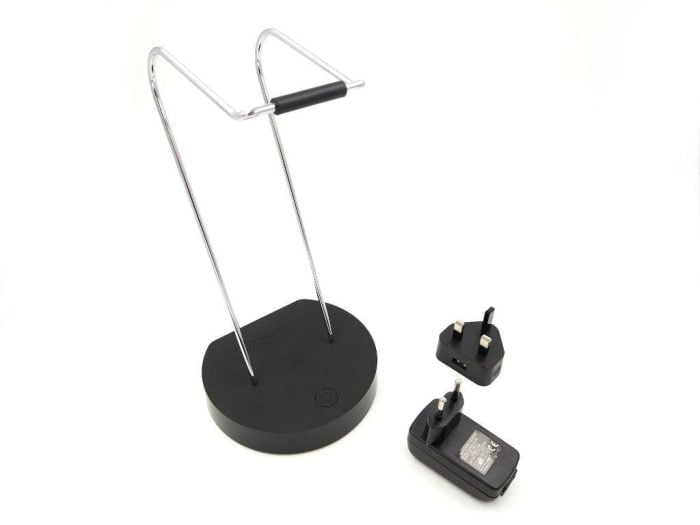 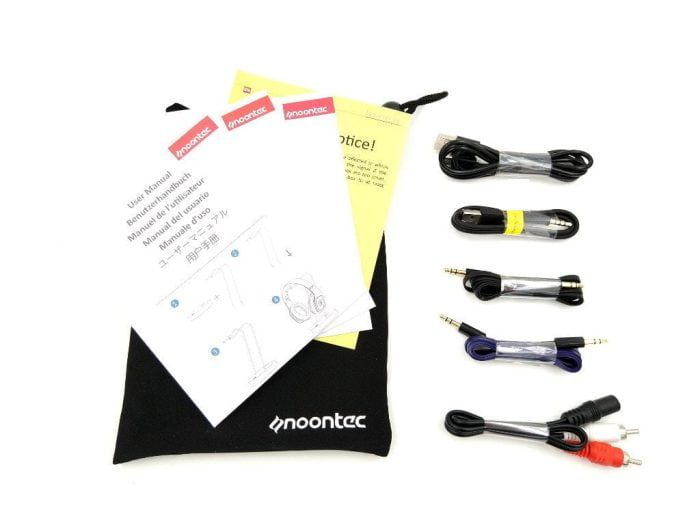 Since the first noontec headphones, the manufacturer has remained faithful to its striking design. Like the one we already tested Hammo go, is also the Hammo TV closed over-ear headphones, The housing is largely made of plastic. Only the folding mechanism and the height adjustment are reinforced by metal. By the foldable design The Hammo TV can be transported to save space.

The earpieces of the over-ear headphones are mobile. On the housing of the left auricle are also one Power, One loud and quiet button and Status LED, Unlike many other wireless headphones, the Hammo TV is not charged through a standard USB port, but through the 3.5 mm audio input. This spares the design through innumerable sockets and inputs, but at the same time it always depends on the 3.5 mm jack on USB cable. An inconspicuously placed micro USB socket would have been more desirable. The earpads and the temple are with one Leatherette overdrawn.

The Processing of the headphones and the accessories succeeded. Unsightly gaps or unclean processed places you will not find. The fact that almost the entire headset is made of plastic, it is overall a bit cheap. 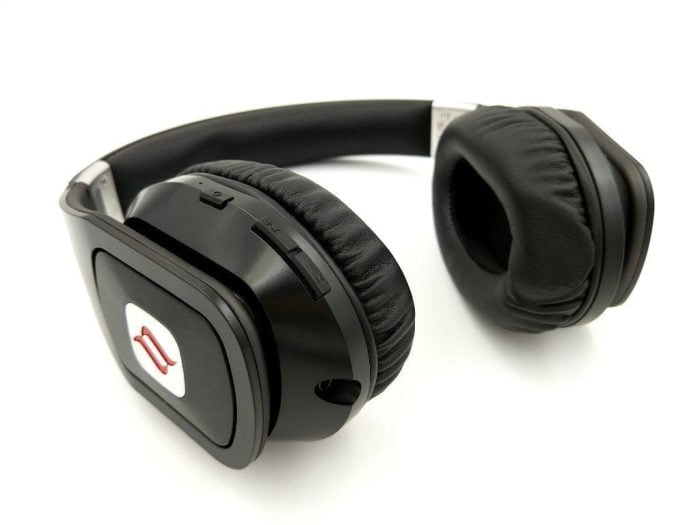 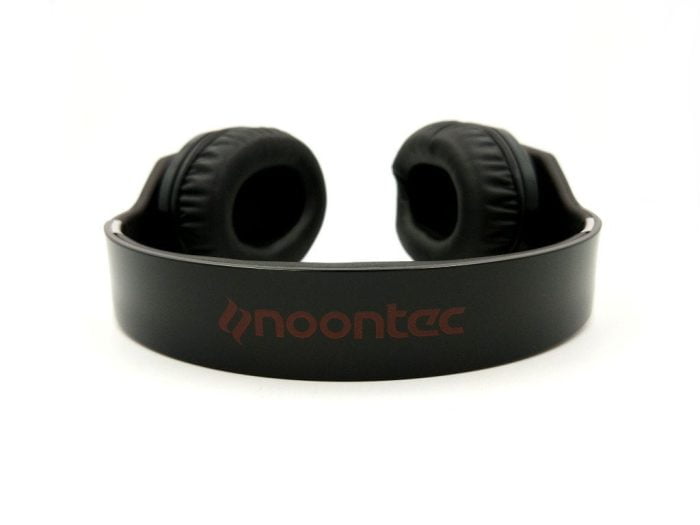 The Hammo TV is not a conventional TV wireless headphones, but establishes its connection via Bluetooth. For this the headphone supports the Bluetooth standard 4.0, Short transmission times are said to be noontec by the aptX audio codec be achieved. Whether the base station and the headphones actually support aptX is difficult to understand and to enjoy with caution. We did not have another aptX compatible transmitter with Bluetooth log for the test at hand. Unusually, noontec has not yet been listed as a partner on aptx.com.

The driver pair forms the Votrik HD500 with one 50 mm diameter. impedance is at low 32 Ohm. Das frequency spectrum noontec is between 5 and 30.000 Hz.

Noontec has provided the Hammo TV with a very well translated and easy to understand manual. to wireless commissioning only the base station with the power and the audio source must be connected and the headphones must of course also be turned on. The connection is then fully automatic. Intermediate steps to pairing are not necessary. The successful establishment of a connection is additionally signaled by a green LED on the headset and the base station. In addition to the wireless connection, the headphones can also with a 3.5 mm audio cable get connected. The control buttons have no function. The advantage is that the headphones are not dependent on the integrated battery in passive mode. 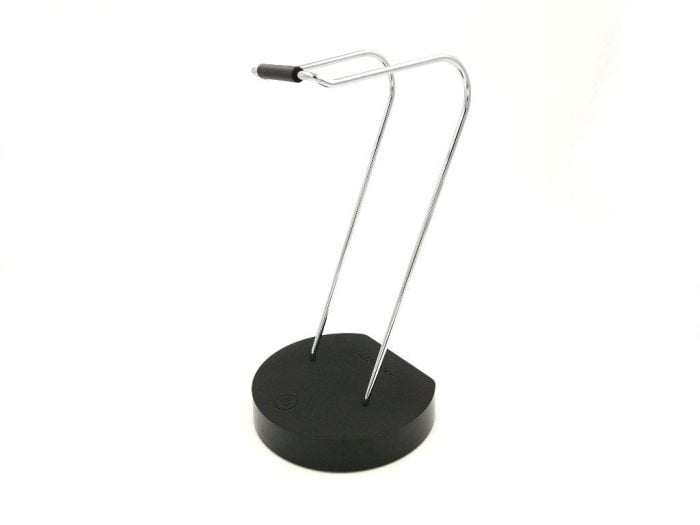 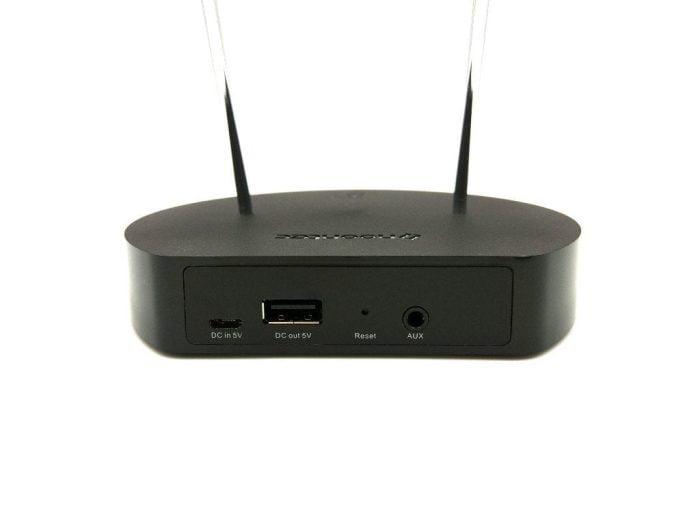 Let's get to the most important sub-point - the sound. In the Bluetooth network is initially a low background noise detectable, but which keeps within normal limits and does not attract attention. As the volume increases, the background noise is also masked. The lossless reproduction range was tested at 12 meters.

sound Hammo TV is very dynamic and clearly tailored to action-packed films. Basses are in the foreground and are clearly noticeable. Especially interesting is the spatial soundThe Hammo TV produces. If you look at an effect-rich film, it is very easy to allocate from which direction the effect comes. Significantly unfavorable, the headphone represents the entire middle and lower altitude range. Spoken is partly submerged and sounds dull.

The maximum volume is good and the headphones can also be easily operated on a smartphone or MP3 player. Sound differences between cable and Bluetooth composite, there are none.

The seat of the over-ear - ie circumaural - Hammo TV is good. The ear cushions including artificial leather cover are sufficiently upholstered and will not be unpleasant even after prolonged wearing time. The ear pads are also movable and adapt to the head. Of the Stirrup is in 0.25 mm steps up maximum 4 cm height adjustable, The upholstery of the temple is not to complain about and gives enough grip. 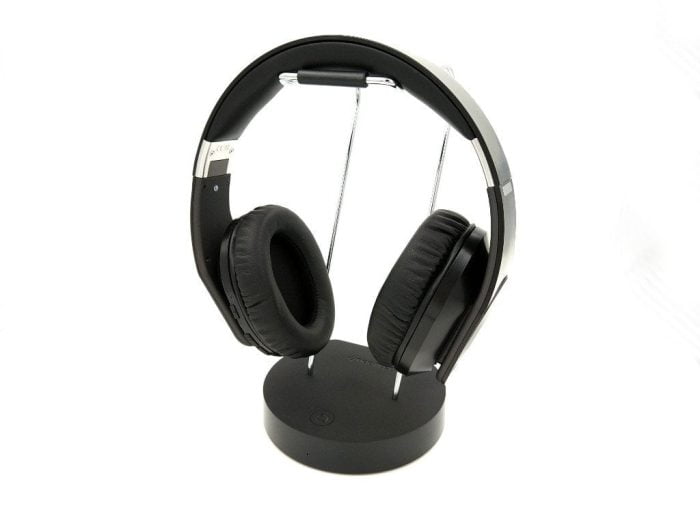 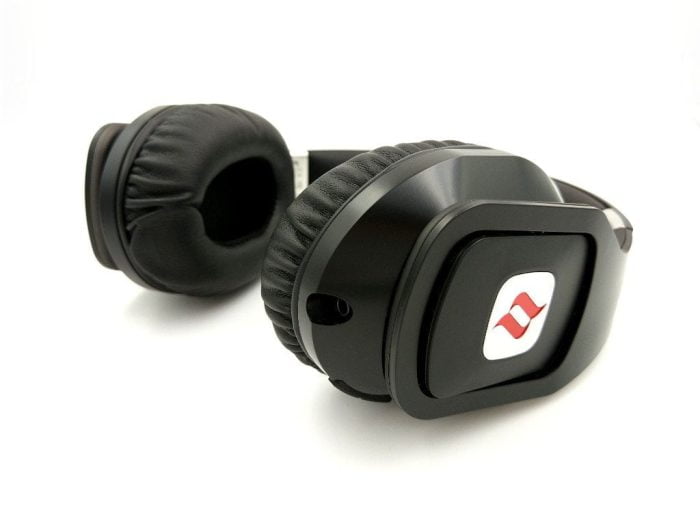 Noontec promises a battery life of 50 hours. In the test, the duration was with a complete battery charge at 37 hours. We reached this value at an above-average volume (we like it aloud!), So that the value given by the manufacturer seems quite realistic. Charging the battery in 5 hours. Unfortunately, the charging over the 3.5 mm jack is a bit cumbersome and a micro USB port would have been a better choice.

A lot of plastic
No Bluetooth> 4.1
Neglected middle and lower height range
Charging via 3.5 mm socket

The noontec Hammo TV has its strengths and weaknesses. The sound convinces on the one hand by a dynamic and spatial presentation. At the same time, the sound is too deep, which pushes the middle and lower altitudes too much into the background.

Another complaint is that noontec only uses Bluetooth on 4.0 and does not use a more recent 4.1 or 4.2 standard. Starting with Bluetooth 4.1, Adaptive Frequency Hopping inhibits Bluetooth susceptibility to interference by the nearby LTE 2600 MHz.

On the other hand, the headphone excels at battery life. The promised 50 hours runtime seems realistic. We ourselves came in the test on 37 hours at above average volume. But even here is the unusual charging over the 3.5mm jack to complain about.

Hello, can you fold the headphones and does it work with radio?

Hello Elke, yes the headset is foldable and it works with Bluetooth. All information about the Hammo TV are again in this review;).