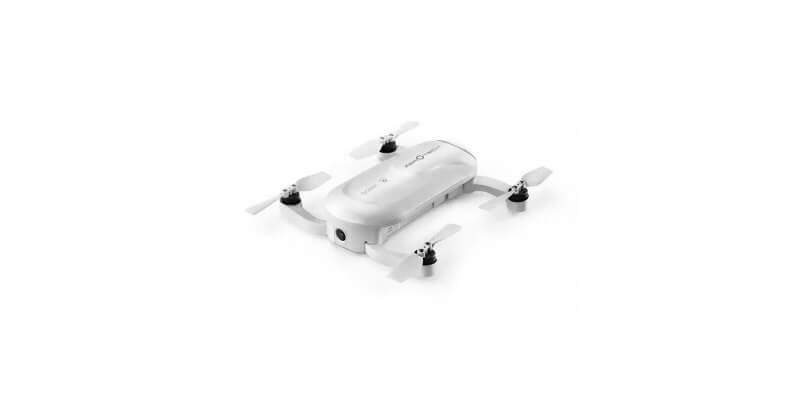 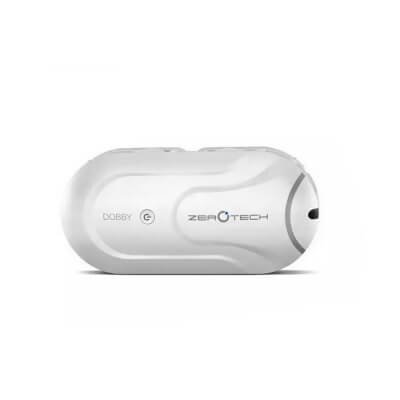 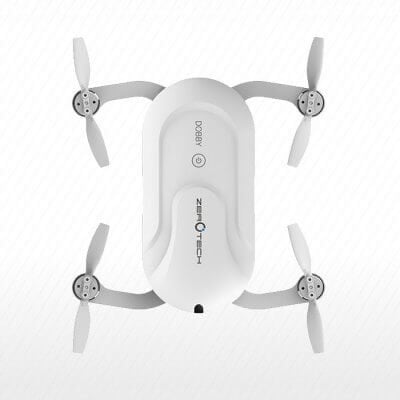 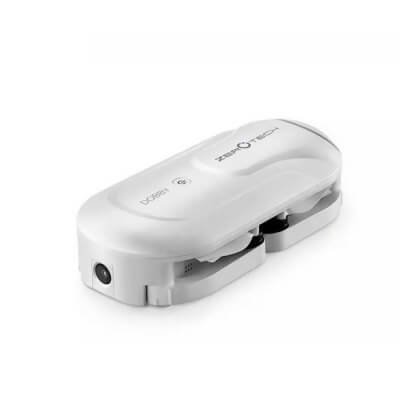 The drone has arrived! The detailed test will follow soon!

Update (15.09.16): The Dobby is being tested hard and here you can already see the unboxing for the drone.

Update (26.09.16/XNUMX/XNUMX): The second video is online. In this video I show you the "Do.Fun" app that controls the Dobby and a first indoor flight.

The hardware of a smartphone?

As already revealed in the introduction, the ZEROTECH Dobby drone is a small selfie quadcopter that is equipped with a high-resolution 4K camera. The sophisticated and powerful hardware that was housed in this 135mm × 67mm × 36.8mm large and 199g heavy drone is particularly interesting. In addition to the actual flight and camera functions, the Dobby drone has hardware comparable to a smartphone. Among other things, a 2.3GHz quad-core processor with an Adreno 330 GPU was installed. The SoC (System on Chip) is supported by 2GB of RAM and 16GB of internal memory. 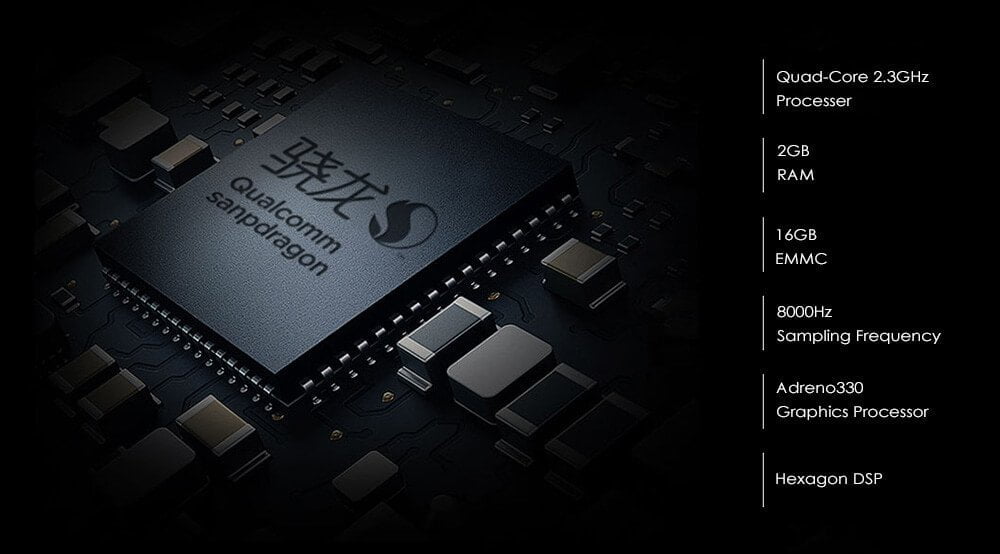 If you are wondering why a quadrocopter needs such hardware at all, it should be said that the ZEROTECH Dobby is much more than just a conventional quadrocopter. This drone can be operated autonomously. All calculations as well as image stabilization are carried out by the aforementioned hardware. The Dobby drone orients itself on the basis of GPS, but also on the basis of position tracking through face recognition. In the autonomous flight phase, a fixed object or a person is followed at every turn. Rising wind or other obstacles are skilfully bypassed or compensated for.

Control via the smartphone

Of course, the dobby can also be controlled manually. The ZEROTECH Dobby can be configured and controlled in conjunction with a smartphone or tablet and the corresponding app. The drone can be brought into position via the live image output. The control takes place via the touchscreen of the input device, or with the help of the gyroscope control. Recordings are then saved either on the smartphone or tablet, or on the inserted SD memory card. The maximum range using the WiFi control is specified as 100 meters. 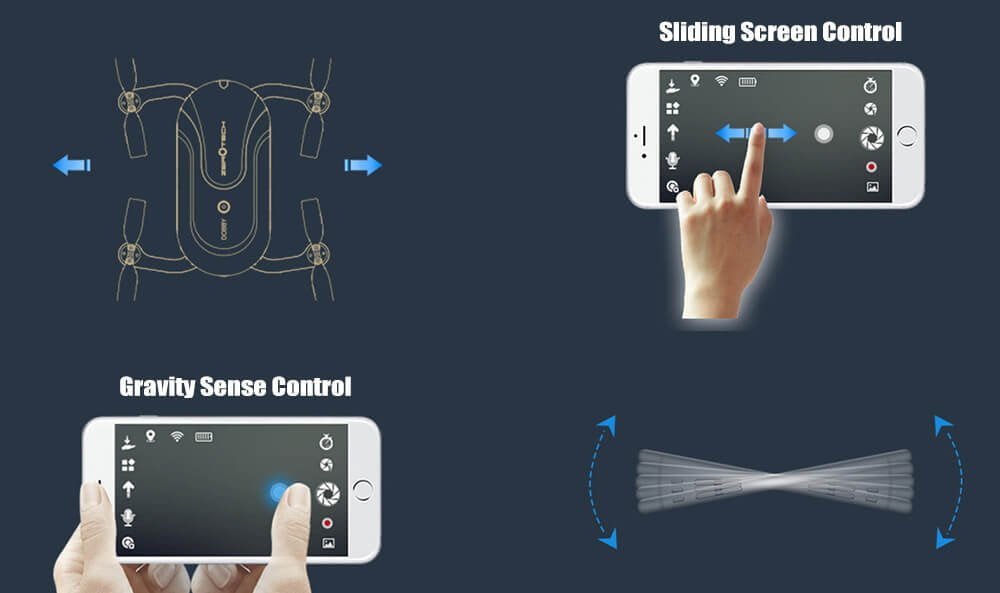 The camera of the Dobby drone

The maximum resolution is 4208x3120 pixels with a whopping 30 frames per second. A reduced resolution of, for example, 1080p is also possible. The maximum refresh rate remains the same here. The native resolution of the CMOS image sensor is 13 megapixels with an aperture of f / 2.2. With the 75 ° viewing angle (FOV) and the automatic inclination of -90 ° to 22.5 °, the ZEROTECH Quadrocopter's camera conjures up outstanding selfies.

The shooting modes are numerous. In addition to the conventional photo and video mode, so-called burst recordings are also possible. The quadrocopter takes several pictures in a very short time. There is also a timelapse function and a "beauty function". With the “beauty function”, the image is balanced by the hardware of the camera and processed automatically. 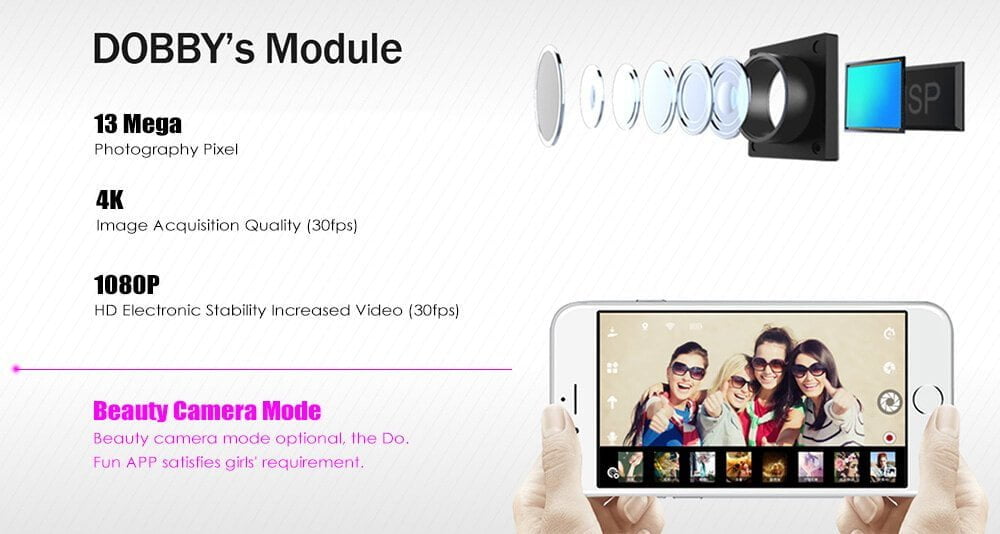 Other things about the ZEROTECH Dobby

In addition to manual and automatic flight, the drone can also be controlled by voice recognition. To what extent the drone can also speak English or even German and what this function ultimately looks like, we will probably only find out as soon as the first test reports on the ZEROTECH Dobby are published. We can also look forward to the runtime of the battery, which is quite small at 970mAh. The 9 minutes flight time targeted by the manufacturer appear realistic. The Dobby Quadrocopter will probably not reach the specified height of almost 3000 meters.

Update: Another video has been published for the Dobby Drone, which explains the individual functions in more detail. Here is the video: