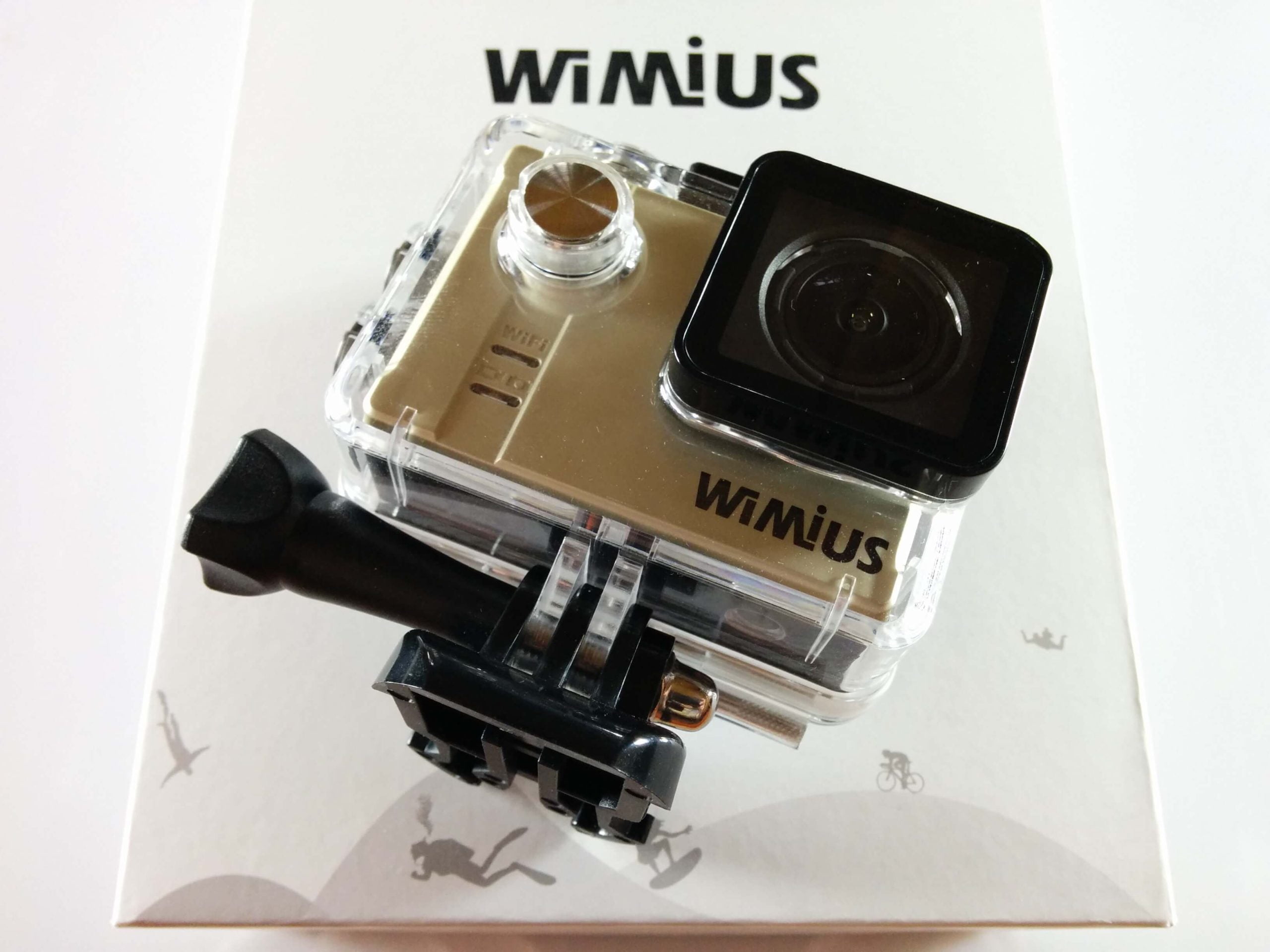 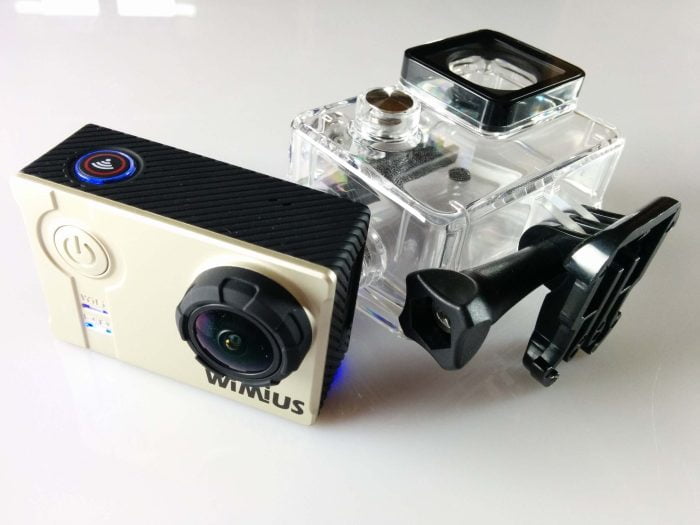 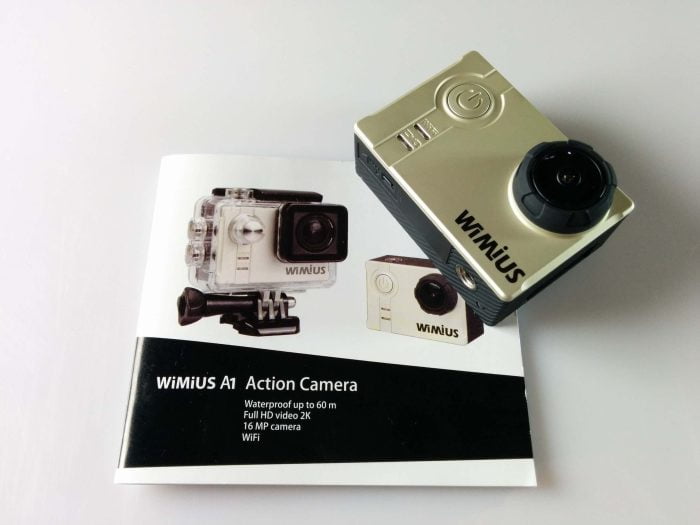 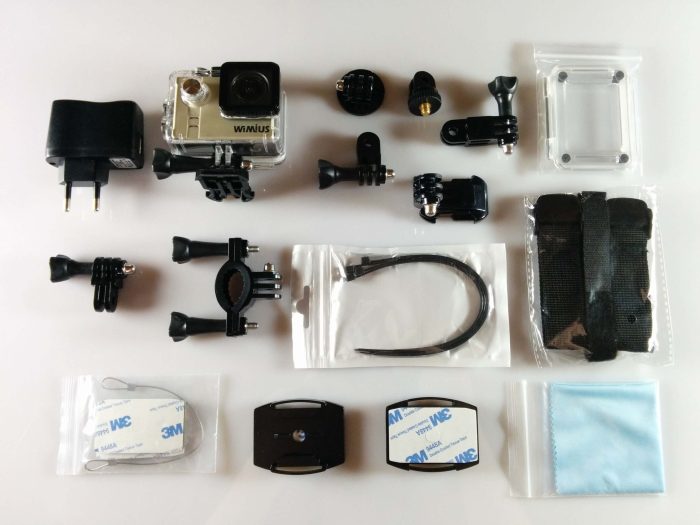 The waterproof housing with folding mechanism is well made, looks solid and should also be waterproof to 30 meters without problems. The pressure points were a bit stiff at the first moment, but with time they had relaxed in a positive way and I was able to use the camera consistently well through the case. All other accessories included in delivery are also well made and conform to standards.

The WIMIUS A1 Action Cam is visually appealing and also sets itself apart from the conventional design. For example, in the A1, the rubber ring placed around the lens is patterned. Also, the gold-silver front was slightly highlighted. Incidentally, there are also two LEDs on the front side that indicate an active recording or an active WLAN. Additional LEDs are located on the bottom of the housing and on the back. Incidentally, the camera will be powered by Sunco Electronic (www.suncohk.com) and also marketed under the name "Sunco SO71". The camera is mainly sold abroad under the name Sunco SO71.

With this Action Cam, not only the design is extraordinary, but also the size is not based on the usual housing sizes. The WIMIUS A1 measures an impressive 61x42x32.5mm and is therefore a few millimeters larger than comparable models. This small but subtle difference means that the camera cannot be used with a conventional waterproof housing that is standardized to the SJCAM!

In addition, there is a crucial difference in the battery. This has proud 1050mAh (otherwise 900mAh) and is therefore slightly larger in length, but also narrower. So you also have to be careful with the replacement battery purchase, because the standardized 900mAh replacement batteries do not fit into the camera! 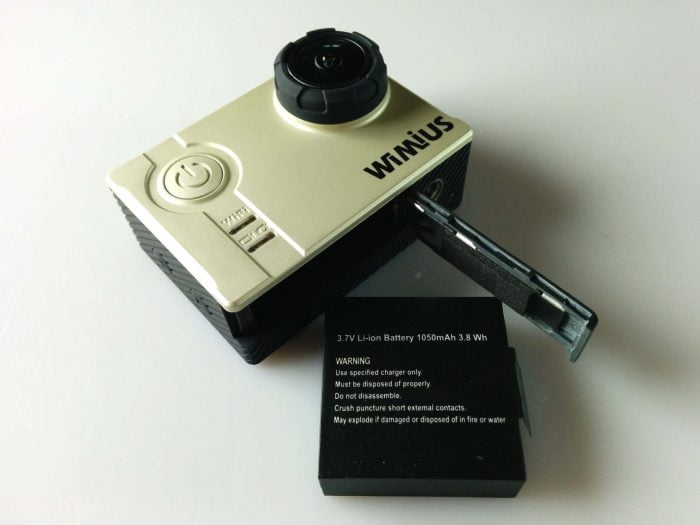 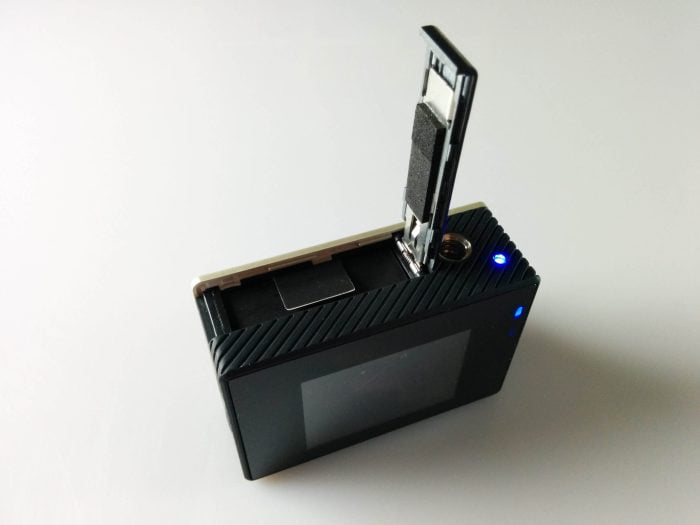 All important connection options are available on the camera. In addition to a micro SD card slot and the micro USB socket, there is also a micro HDMI socket. The tripod thread integrated in the camera housing and the carefree closure of the battery compartment, which can also be closed with a small "lock", are great.

Of course, the WIMIUS A1 also has a display. The display diagonal is 1.5 inches.

Insert the battery, insert the SD card and the camera is ready to go. An operating manual is by no means required for this. What you need an instruction manual for, however, are the numerous functions of the camera. How to set the camera according to your needs and how to download the WimiusA1App or connect the camera to the WLAN is explained in a clear and understandable way. The Action Cam can also be used with SD cards up to 64GB!

When switched on, you will immediately receive the live edition. At the edge there are also icons that roughly reproduce the most important settings such as the recording mode, the resolution, the charging status or the WLAN connection. In addition, you can still see the date and time, the available memory and whether the microphone of the camera is active.
If you click through the video and photo mode to the gallery and on to the settings, you can expect a wealth of settings. Here is a short list for a better understanding: 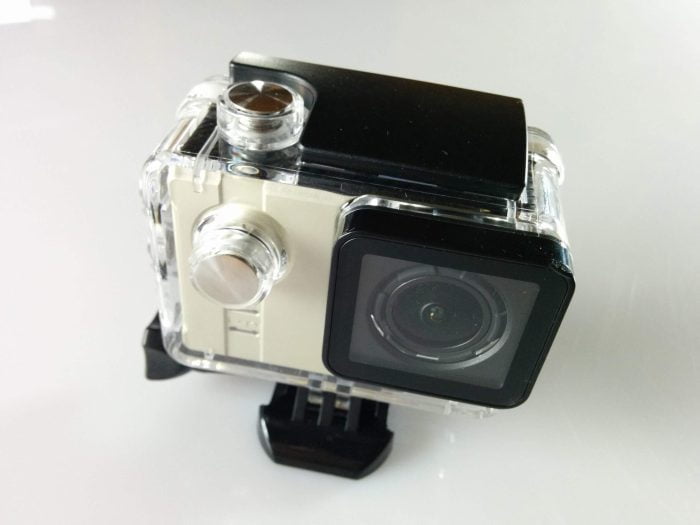 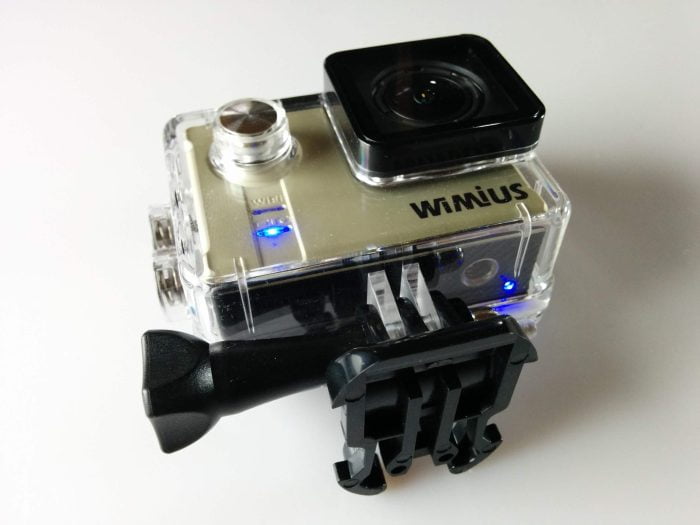 The clear highlight of the WIMIUS A1 Action Cam is the fantastic video and image quality. Many action cams have run through my hands and rarely could one of these cameras compete with a GoPro. The WIMIUS A1, on the other hand, is probably the best China Action Cam that I have tested so far, considering the recording quality. The Ambarella A7LS75 chipset is incredibly fast and provides a buttery smooth 60 frames per second at 1080p. The same chipset is also used in the SJCAM SJ5000 Plus.

For the image sensor, the WIMIUS Action Cam relies on a SONY IMX206, which reaches an impressive 16 megapixels. In conjunction with the 166 ° wide-angle lens, the A1 conjures up really fantastic shots. In the open air, the video recordings as well as the image recordings could be used both in sunshine and in rainy weather. A test recording inside the building was somewhat noisy depending on the lighting conditions (night and dimmed light). 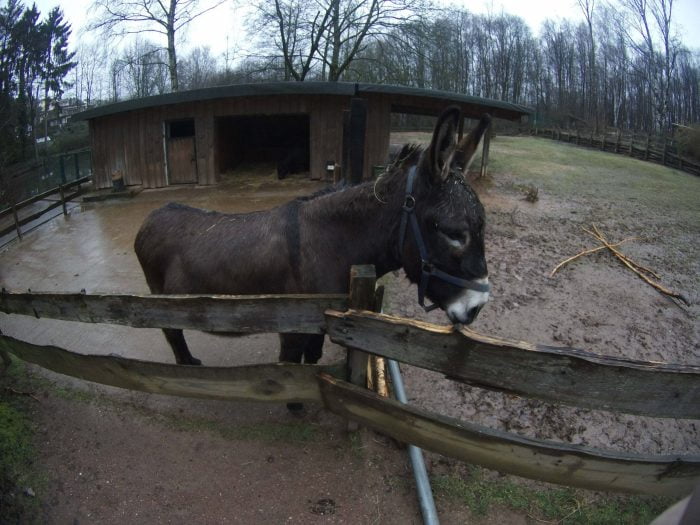 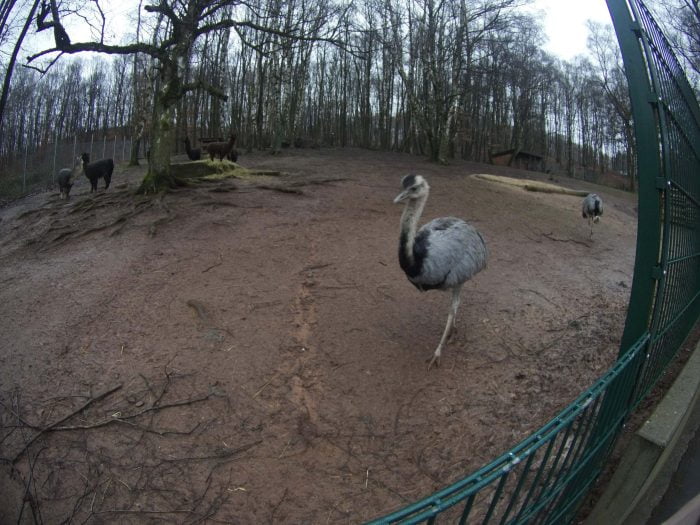 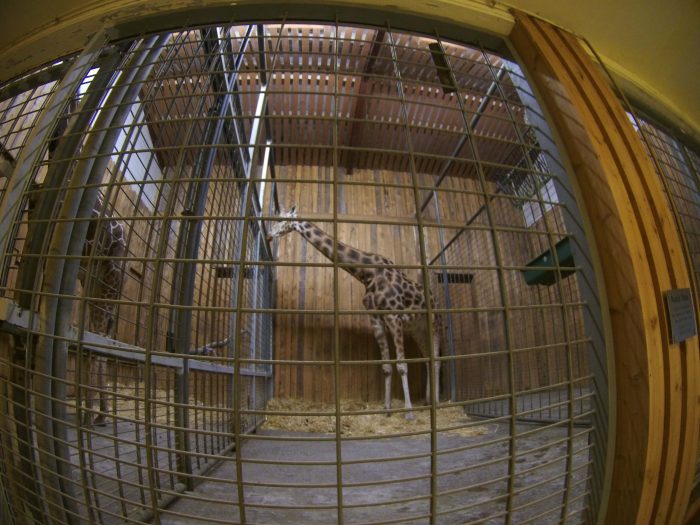 Although the sound recordings of the WIMIUS A1 are clear, if you use the camera with the waterproof case, the recorded sound is far too quiet even with this Action Cam. It is interesting, however, that the Sports Cam has its own menu item for the microphone volume. Hereby you can raise these in comparison to other models, which considerably improves the recording. The microphone can also be completely deactivated with this camera.

The loudspeaker of the WIMIUS A1 is sufficient to watch the shot videos on the fly. Beeps are also clearly reproduced. 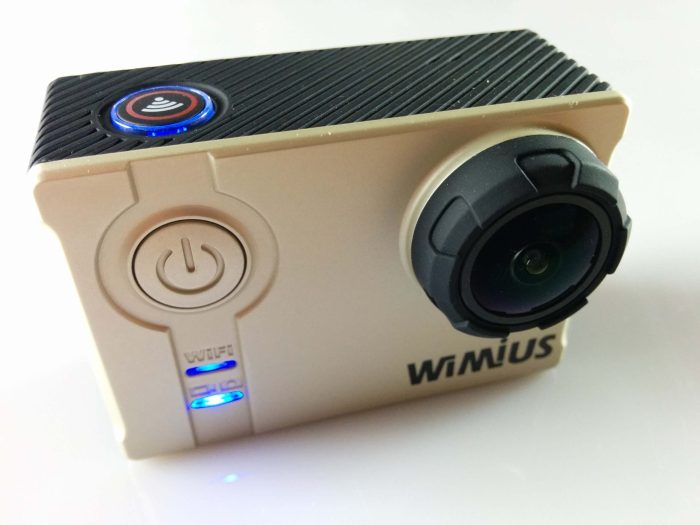 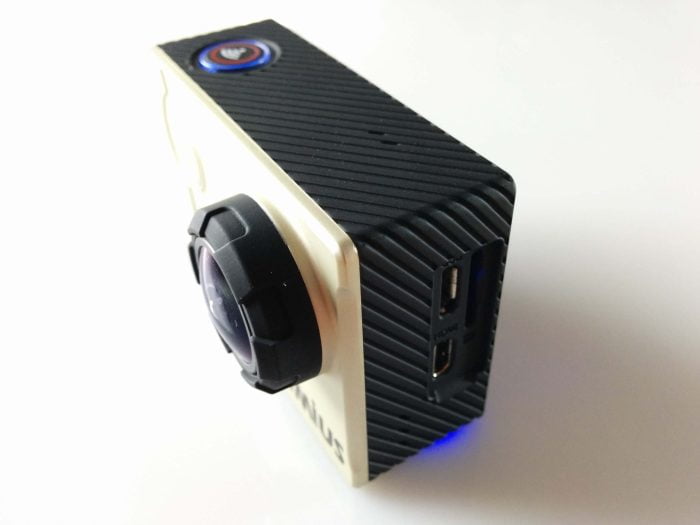 The WiFi can be activated or deactivated on this camera both via the start screen and also via the system settings of the camera. The SSID as well as the password can be set individually in the settings.

To be able to use the camera with a smartphone or tablet, you need the “WimiusA1App”, which can be downloaded from the Google Play Store and the iOS Store. Before starting the app, however, you should select the camera in the smartphone's WiFi settings and connect to it.

Within the app, a live image of the camera is output. The live picture had a delay of about one second for me, but was otherwise played almost error free. Within the app can also make video and image settings, you can start recording and save it to the smartphone or tablet, as well as the recordings and share. Overall, the app works quite well and is a nice extension to the other features of the WIMIUS A1. 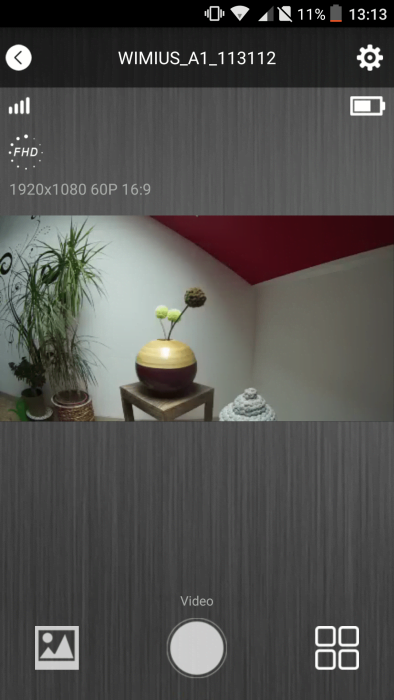 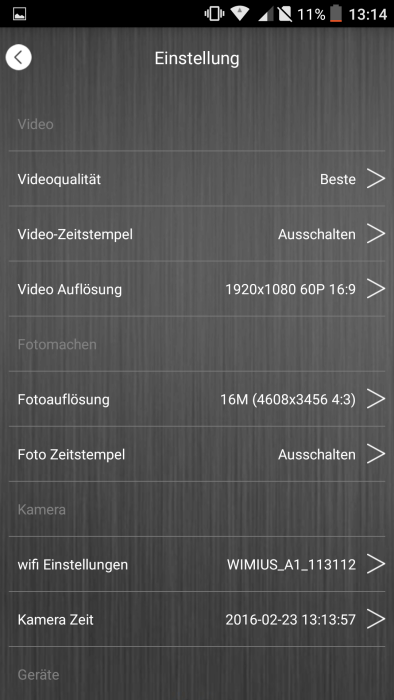 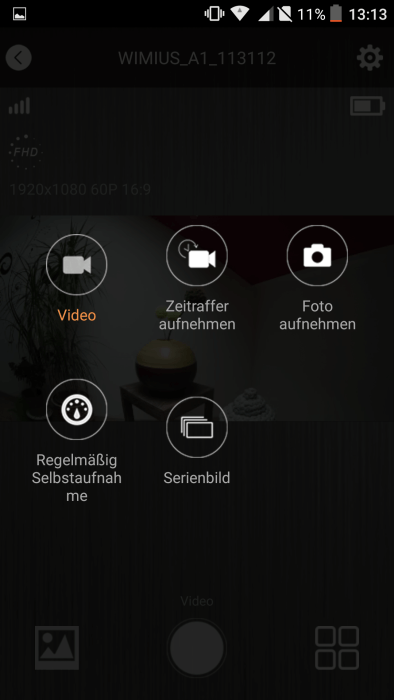 Difficult to get spare parts

With the WIMIUS S1 and WIMIUS S2, the Chinese manufacturer launched action cams that offer an almost perfect price / performance ratio. The WIMIUS A1 Action Cam goes one step further and can be assigned to the higher quality China Action Cams, which is why the A1 can easily take on GoPro or current SJCAM models. The highlight is of course the consistently convincing video and image quality, but I was also able to see an advantage of the WIMIUS A1 camera in direct comparison with competing models in the sound recordings.

However, it seems problematic to me that this camera does not conform to the "standard" and therefore spare parts are harder to get. Although this problem only affects the waterproof case and battery, it is these parts that are essential for an action camera.

Nevertheless, the WIMIUS A1 is a very good action cam, which should definitely be included in its shortlist!