A gaming PC from China? That could soon become a reality, because the manufacturer “Minisforum”, known for ultra-compact mini-PCs, is working on a special kind of gaming PC.

The Minisforum GameMini is an open-case gaming PC that has it all. This was only recently shown by Minisforum on Twitter, where the GameMini was presented for the first time in a video. The following components make up the open gaming PC: 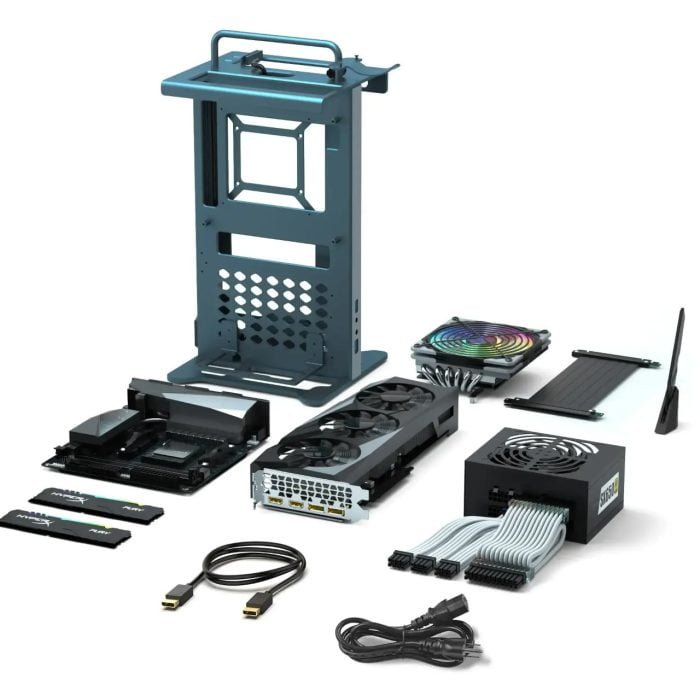 The individual components of the Minisforum GameMini.

In principle, the GameMini is a barebone in mini-ITX format that can be equipped with any components. Due to the open structure, the components can be reached directly and are comparatively easy to cool.

But you also have to be aware that the design tends to become a dust catcher, which can have a detrimental effect on cooling performance and noise development.

The GameMini is already available in the Japanese Minisforum online shop. There the gaming PC costs an impressive 269.000 yen, which at the current exchange rate corresponds to 2.018 euros. A fair price if you take the current hardware prices into account. It is not yet known whether and when the GameMini will come to Europe.