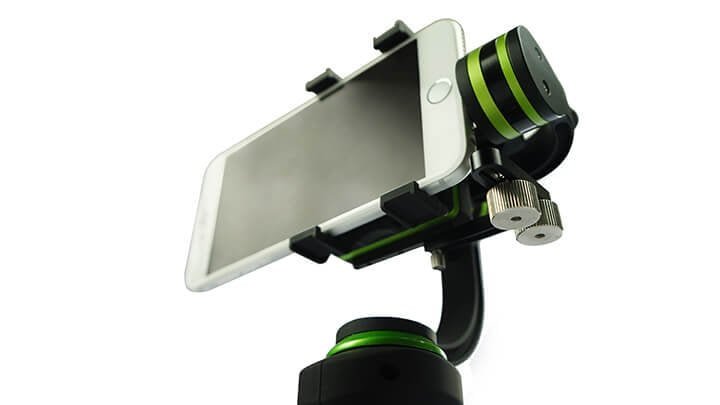 Handheld gimbals are the trend of the last years and meanwhile also many Chinese companies have been able to establish themselves in this market. In addition to the well-known companies such as Feiyu and Zhiyun, there are also smaller producers of mobile image stabilizerswho are taking this market seriously. LanParte is a manufacturer that specializes in camera technology and has all sorts of accessories in its product range. For this article, we took a closer look at two handheld gimbals that are suitable for Action Cams as well as smartphones.

The LanParte handheld gimbals work over so called Brushless motorsthat balance the slightest imbalance with lightning speed. A position and acceleration sensor detects every movement and keeps the camera in place. 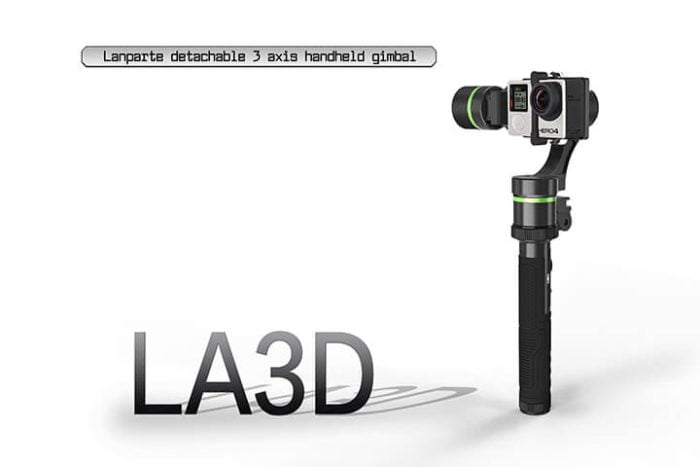 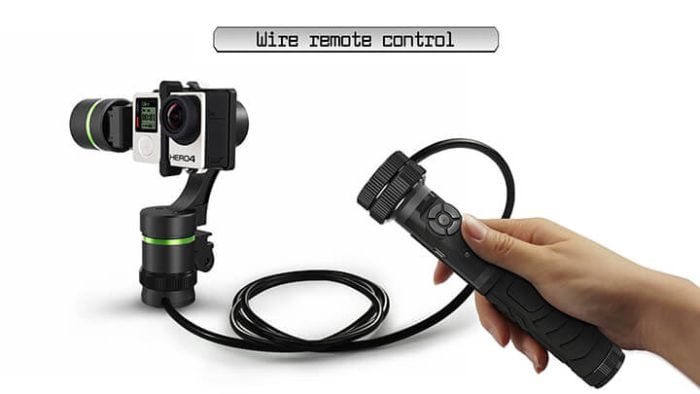 LanParte LA3D is an 3 axis gimbal, which is suitable for Action Cams in the size of the known GoPro. The special thing about this gimbal is the removable motor unit, which allows them to be operated remotely. The actual handle, which also includes the operating unit, thus acts as wired remote control, This feature is especially interesting for those who want to attach the gimbal with the appropriate bracket to a vehicle.

Let's run the gimbal with two 18350 batteriesthat is an active Running time of 2 hours enable. Overall, the LA3D Gimbal offers three functional modes. In the "Following mode"Follows the camera the individual movements, but these are gently balanced. The "Semi-Following mode"Limits the dragging of the camera only to left and right movements. Tilts up and down are fully compensated. In the "Locking mode"All movements are locked, which is why the camera always remains rigidly aligned. 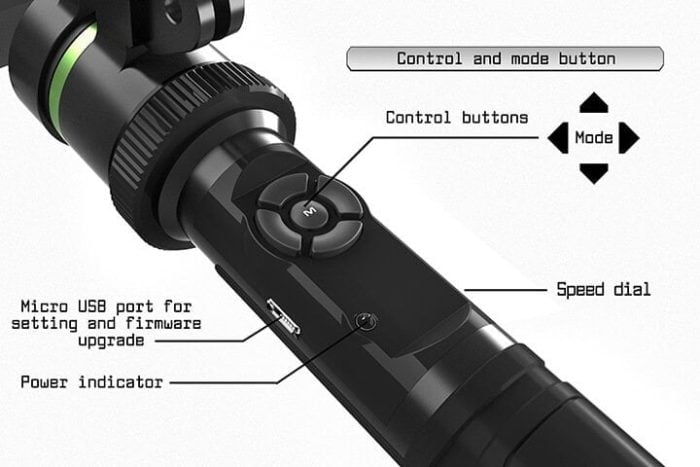 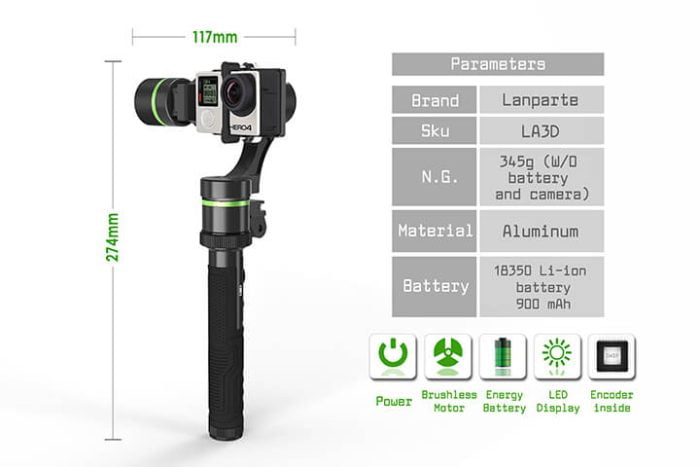 About one USB Type-B port The gimbal can power the connected camera. In the future, the manufacturer wants to extend the LA3D gimbal with a wireless function. This allows the gimbal to be operated wirelessly, presumably via Bluetooth. Whether and when the function appears, however, is still questionable. 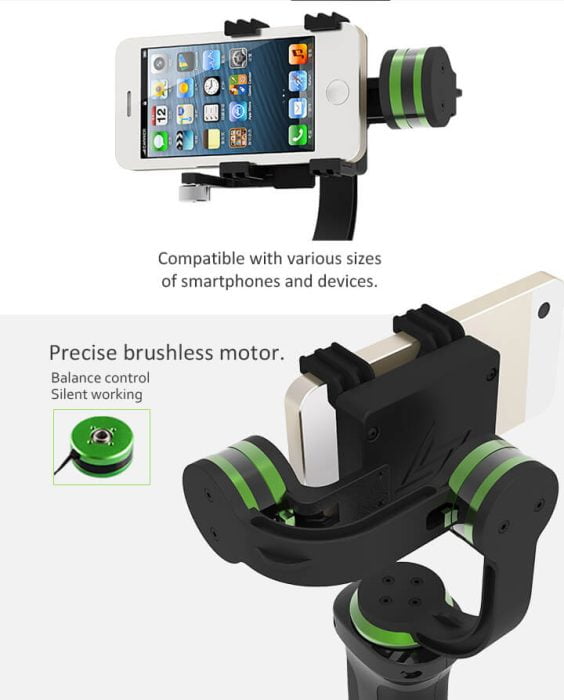 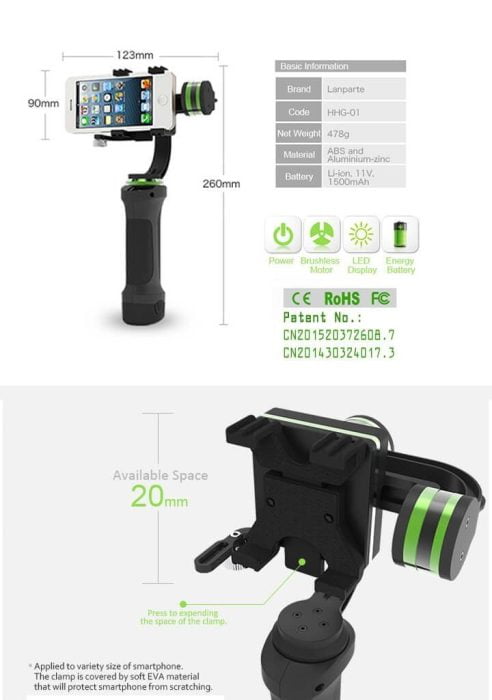 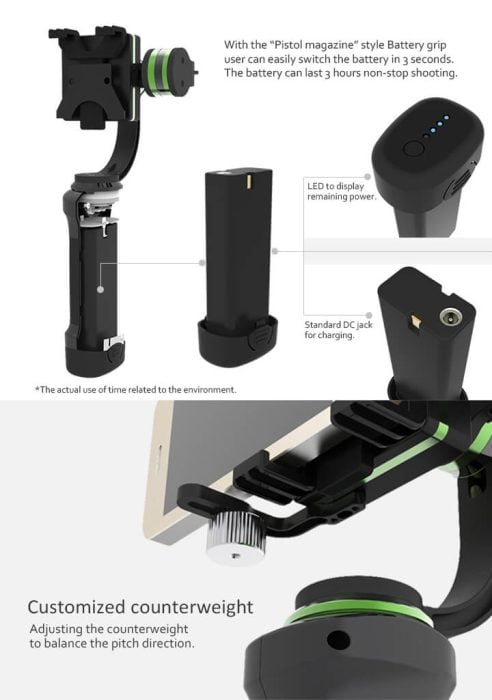 HHG-01 gimbal is suitable for both Action Cams, But also for Smartphones, The technique used is also a so-called 3-axis gimbalworking with brushless motors. The design is elegant and more casual, making the HHG-01 much more suitable for the masses. If you want to use the action cam on the one hand, you unscrew the corresponding smartphone mount and replace it with the appropriate Action Cam mount.

The battery also differs from the previously described gimbal. Although this is also interchangeable with the HHG-01 gimbal, but this one has magazine-like design, which is why one necessarily relies on the special battery of the manufacturer. The active running time for this gimbal is 3 hours.

Both LanParte gimbal are also distributed in Germany. On the official homepage www.lanparte.com you can find a list of official dealers.

FIMI PALM - Handheld gimbal for the pocket
look at