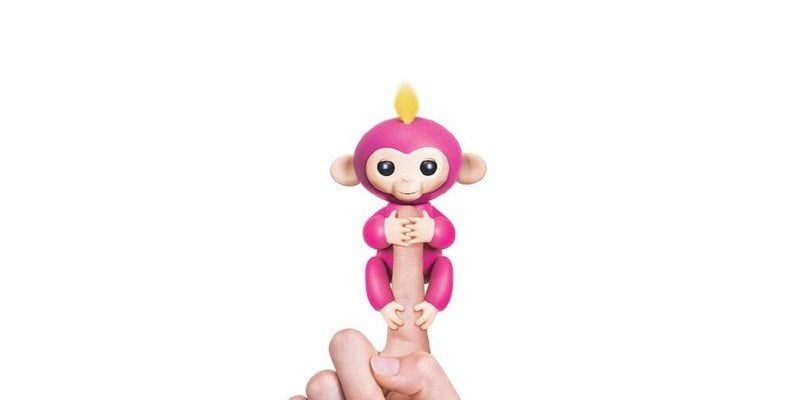 by Timo17. October 2017
Fidget spinners are out! But it seems like the next toy hype is already rolling towards us. So-called "Fingerlings Baby Monkeys" interactive monkeys that giggle, fumble and burp. What's up with this curious gadget, more on this post!

I usually use boring evenings to research new gadgets. Often I look at the daily newly published products of various online shops, in addition to typical consumer electronics also all sorts curious gadgets include. One product caught my eye in particular. So-called "Fingerling toys" are currently conquering the Asian as well as the American market and could trigger a hype in this country (help!). Origin of (at least American) hypes are the so-called "Fingerlings Baby Monkeys" of Hong Kong residents Toy manufacturer "WowWee", This manufacturer specializing in robot toys is not a backyard blockbuster from China, but distributes its products among others in the American retail chains "Walmart" and "Target". The Fingerlings Baby Monkeys are the newest prank of the manufacturer.

The Fingerlings are Baby Monkeys small interactive toy monkeys which one puts on the finger. There are 6 monkeys in total, each with a different name and in a different color. Interactive means that every monkey is on Noises, movements and touches responding. You can carry his fingerling monkey around, hang out and go to sleep. There are altogether 40 different animations and sound soundsthat can be triggered in different ways. For example, if you stroke the head of the Fingerling Monkeys, it moves it and giggles. If you press the head, the little monkey starts to pup. Take a look for yourself ...

Fingerlings: How To Play With Your Baby Monkeys!

Quasi a furby in miniature, but much cheaper. Cost of a WowWee Fingerling Monkey is about 15 €. At Amazon he is already available. The toy chain Toys "R" Us has also listed him in the online shop, but the little monkeys there are not yet available. As a China import, the monkeys are already available from 5 €. To what extent it concerns thereby the original is however only with difficulty comprehensible. After all, there are already obvious Copies in the form of unicorns, sloths and squirrels.

What do you think, the fingerlings will trigger a hype in this country, too?