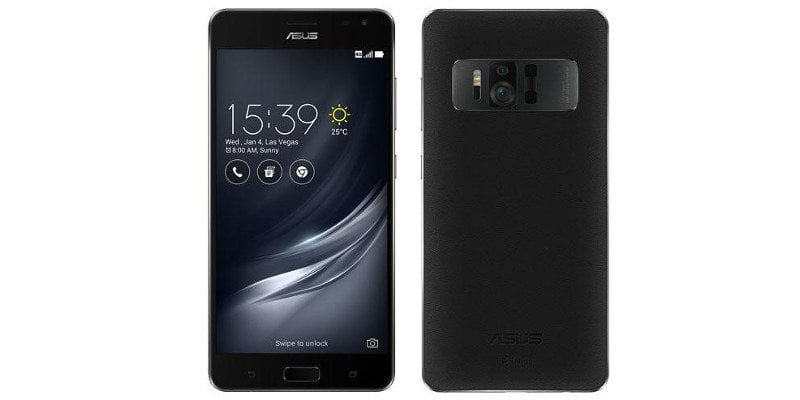 Augmented Reality and Virtual Reality In the coming years, more and more will find their way into our everyday lives. First VR headsets have already been released, and AR has also become popular at least since Microsoft HoloLens. With the Asus ZenFone AR, a smartphone has now been announced that combines VR and AG interesting.

Through the support of Google Tango The Asus ZenFone AR is one of the first "Tango-enabled" smartphones with powerful Qualcomm Snapdragon 821 processor. Google Tango is responsible for the AR part of the smartphone. Google Daydream again, which is also fully supported, takes care of the VR part.

Through Google Tango, the Asus ZenFone can influence our perception of reality. What we see, for example, through the camera of our smartphone, can be expanded computer-controlled. Computer-generated objects or information can be faded in, overlaid or even controlled in real time. To make Google Tango even possible, the smartphone requires a large number of sensors and additional camera units that are not found on a conventional smartphone. Overall, the Asus ZenFone has three cameras. In addition to a conventional main camera, which can also be used for image and video recordings, the smartphone also has a motion tracking camera and an infrared camera. Only through this combination of different cameras is it possible for Google Tango to capture the environment three-dimensionally and enable AR.

Google Daydream has also been released with the release of the Google Pixel Phone. Also Daydream works only on a "Daydream-ready" device, which has to meet some requirements. One of the requirements is Android 7, as well as a compatible processor. With the Qualcomm Snapdragon 821 SoC, the Asus ZenFone AR has the same SoC as the Google Pixel, so Daydream is also supported. 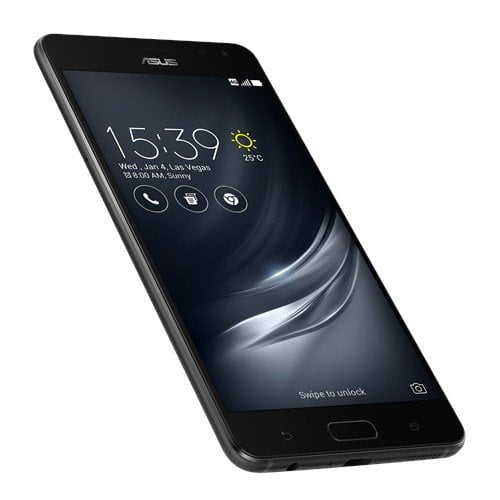 Hardware of the Asus ZenFone AR

Not only the processor of the Asus ZenFone AR is impressive, but also the rest of the hardware equipment belongs to the high-end sector. The display uses a Super AMOLED panel with an 5.7 inch screen diagonal and a resolution of 2.560 x 1.440 pixels. The display is protected by scratch and impact resistant Corning Gorilla Glass 4.

Up to 8GB memory

For the best possible performance powerful 8GB memory provide. Optionally, the smartphone is also available with 6GB memory. The internal memory is a UFS 2.0 data memory with up to 256GB installed. An expansion of the memory by means of a MicroSD memory card is supported. Cooled the ZenFone AR by so-called "Vapor Cooling", which is why a longer VR + AR sessions should be nothing in the way.

The main camera uses an 23 megapixel Sony IMX318 image sensor with a TriTech + autofocus system consisting of a Phase Detection AF, a Laser AF and a Continuous AF. In addition, the main camera features an f / 2.0 aperture, an 4 axis OIS and a dual LED flash. Of course, a front camera is also available. This resolves with maximum 8 megapixels, also has an autofocus and a dual LED flash.

The Asus ZenFone AR is a dual-SIM smartphone and supports all wireless standards including the common frequency bands. Bluetooth 4.2 and WiFi 802.11a / b / g / n / ac are also supported. For satellite navigation GPS, A-GPS, GLONASS and BDS are available. For the best possible sound reproduction, an 5 magnetic loudspeaker is provided. An 3.5mm headphone jack is available. A fingerprint scanner is located below the display. The capacity of the non-removable battery is 3.300mAh. Power Charge and Quick Charge 3.0 are supported.

The Asus ZenFone AR will be delivered in the second quarter 2017. Asus has not yet made any pricing information.