by Timo18. August 2017
Building a LAN is often difficult. Laying network cables is out of the question for many, and even with WiFi you quickly reach your limits. An efficient solution is the so-called PowerLine adapter, which uses the local power lines for network construction. A well-known manufacturer of such PowerLine adapters is "Zyxel", whose PowerLine PLA5236 + PLA5206 V2 Kit has been reviewed for this review.
Overview
Manufacturer/Model

The operation of a PowerLine is simply explained. The adapters are plugged into a standard power outlet and connected via the network connection. The Data transmission takes place between two or more PowerLine adapters, directly over the power line. 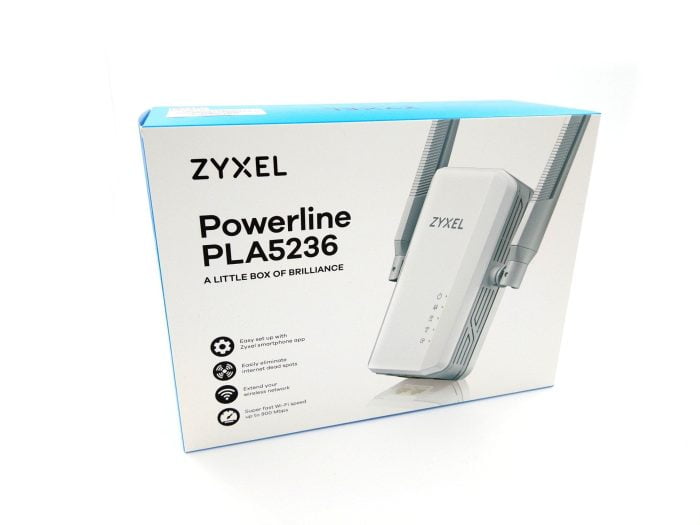 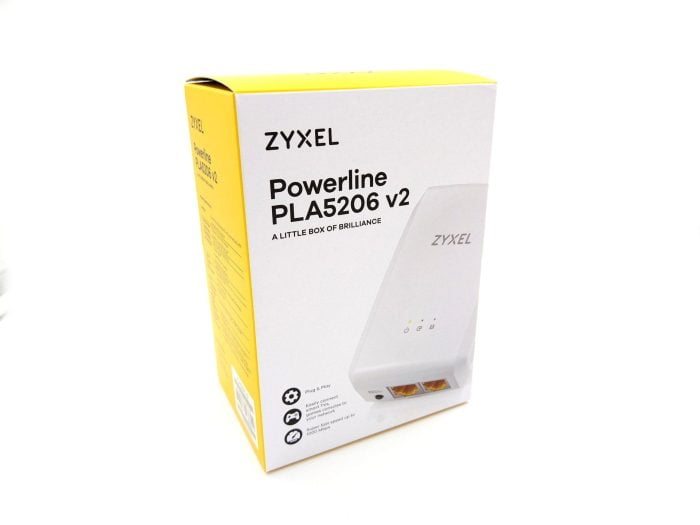 The bigger one "PLA5236 "adapter has two 10 / 100 / 1000 Mbps RJ45 jacks with Auto MDI / MDI-X support. By the HomePlug AV2 specification This would theoretically be a two-sided PowerLine data throughput with up to a gigabit possible. For security, the 128-bit AES transfer is encrypted. At the same time, the Zyxel PLA5236 is on WLAN access pointwhich supports both 2.4 GHz and 5 GHz WiFi according to the dual-band AC standard. In the 5 GHz network theoretical transmission rates up to 867 Mbps are possible, in 2.4 GHz up to 400 Mbps. Encryption is 64 / 128 bit WEP, WPA-PSK or WPA2-PSK. For easy connection, the PLA5236 WPS is compatible.

The second adapter named "PLA5206 V2" is purely for PowerLine use. Also specified as HomePlug AV2 and equipped with two 10 / 100 / 1000 Mbps RJ45 jacks, this adapter also achieves a theoretically possible PowerLine transfer rate of one Gigabit.

Both the PLA5206 V2 and the PLA5236 are superbly processed. There are criticisms, however, in the design. With a size of 125 x 74 x 40 mm, the PLA5236 is very large. Especially when used in a multiple wall socket, the housing of the PowerLine adapter projects into the plug-in area of ​​the adjacent sockets, making them unusable. The PLA5206 V2 has a much more compact housing with dimensions of 93 x 63 x 30 mm. 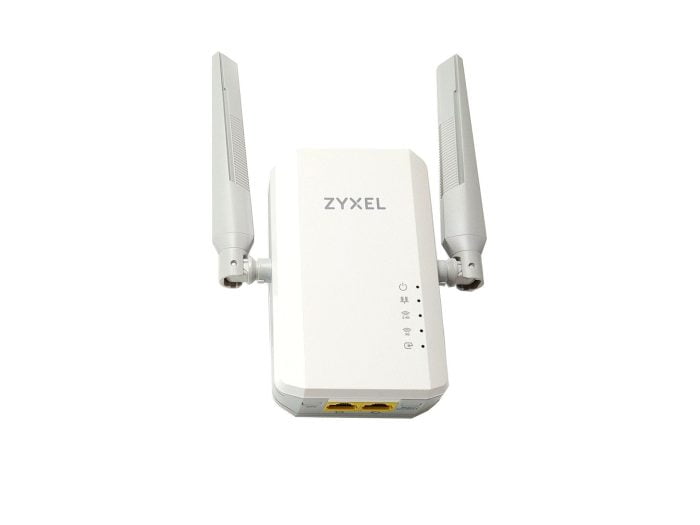 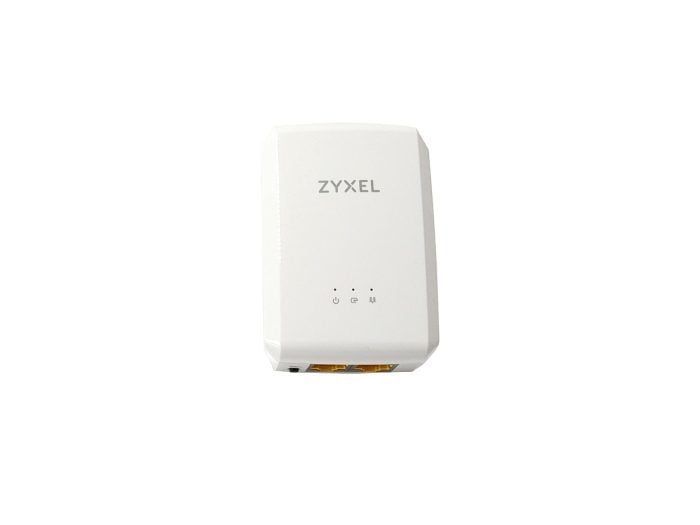 For understandable commissioning both devices with a Multilingual Quick Start Guide delivered, which also includes German instruction steps. At the same time, one 1.5 meter long network cable is included with each delivery.

The connection of two adapters is very simple and can also be done by the technical layman. To build a PowerLine, you need to connect one adapter to the router, and then connect the other adapter to a device that wants to get Internet access. The connection between the adapters is fully automatic. If you want to encrypt the connection, the "Encryption" button for 2 seconds must be pressed on both devices. 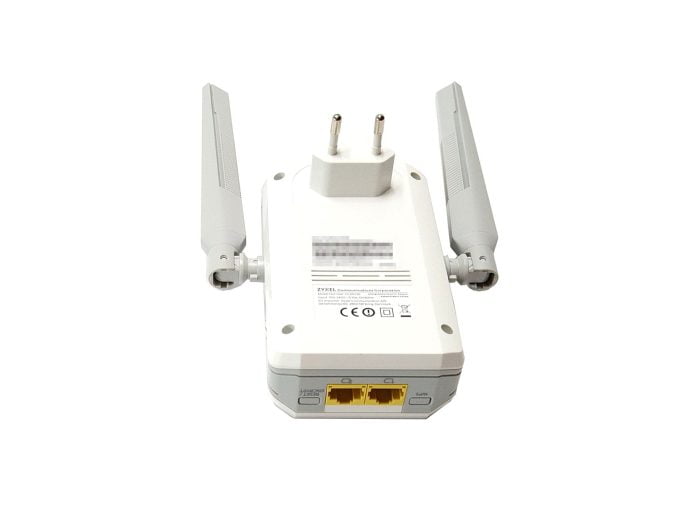 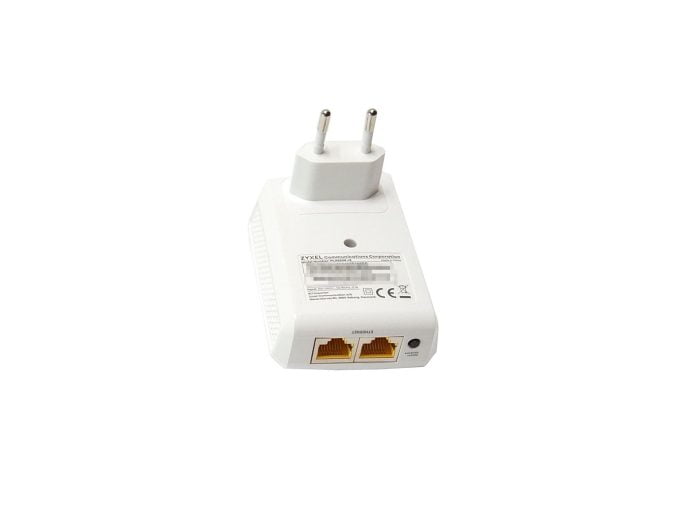 Data throughput of the PowerLine

To measure the possible net throughput of the PowerLine, we chose Practical test environments decided. For this, the PLA5206 V2 has been connected to a GBit switch. The PLA5236 hung on the gigabit LAN port of a fast notebook with powerful SSD. Via a NAS an 1GB large file should be moved locally.

Test environment 1: The PLA5236 and the PLA5206 V2 are connected via a single wall socket and are located at a distance of about 3 meters in the same room. The maximum reached Data throughput rate was 30 MB / s.

Test environment 2: The PLA5236 and the PLA5206 V2 are connected via a single wall socket and are located on different floors, at a distance of about 10 meters. The maximal Data throughput rate was 19 MB / s.

Test environment 2: The PLA5236 and the PLA5206 V2 are connected via a single wall socket and are located on different floors, at a distance of about 18 meters. The maximal Data throughput rate was only 5 MB / s.

For a stable connection and a high data throughput, it is recommended to use the Zyxel PowerLine adapter not with a multiple socket, but with a wall socket. The reason is that other devices that with the power strip connected, that PowerLine signal disturb can. In the test, a multiple socket with additional connected devices has not been found to be disadvantageous. The signal remained constant at the same data throughput rate. The signal quality can also be read directly via an LED indicator.

The Zyxel PLA5236 can also be used as Access Point act. The access point can be configured via the so-called "Zyxel Easy Setup" app, as well as it is possible to make the configuration via the web interface of the adapter. For this you have to connect to the adapter and http://zyxelsetup surf to. The credentials are printed on the adapter. With dual-band AC, both an 2.4 GHz and 5 GHz network can be set up. The PLA5236 convinced by a constant data throughput rate with good transmission range. The adapter can be managed via the "Zyxel OneConnect" App and the local Web interface, which can also be used to activate additional features such as QoS or a MAC filter.

The Zyxel PowerLine Kit is a convenient solution to build a LAN or WLAN in just a few steps. Sense makes such a kit especially where just no Ethernet connection is available or the WLAN is hard to reach. However, one should note: If manufacturers of PowerLine products specify this with theoretically possible Gigabit transmission rate, this information is always associated with a bitter aftertaste. In practice, PowerLine adapters are far removed from the theoretical ones. Transfer rates of about 35 MB / s are about the same as what you would expect from a good PowerLine adapter in practice.