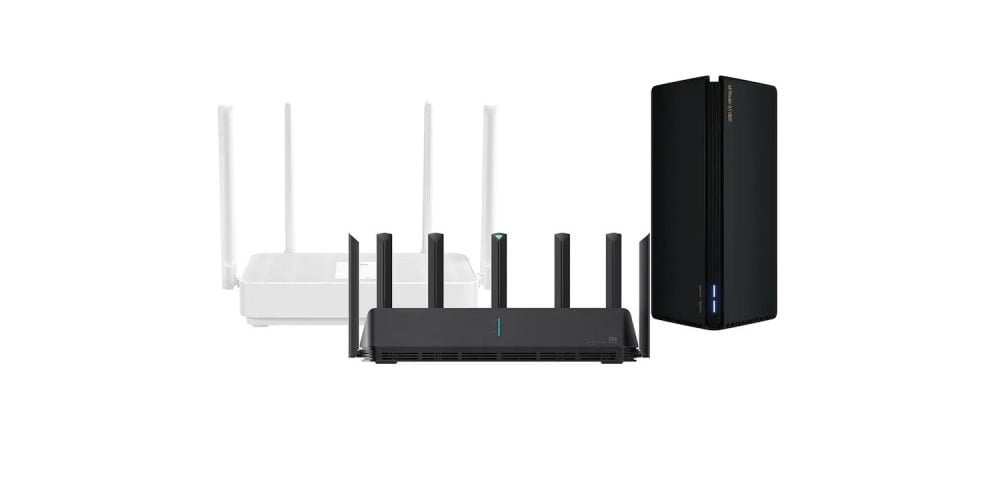 by Timo12. November 2020
The year 2020 is also the year of the new WiFi 6 routers. Particularly inexpensive models come from China. To be more precise, from the electronics giant Xiaomi, which has already launched 3 new WiFi 6 routers on the market within a few months. But what are the differences between the AX3600, AX1800 and AX5? In the following article we would like to take a look at the individual models. Let's start!

The first WiFi 6 router from Xiaomi is also the most powerful model. It is the Xiaomi AX3600 router, which we reported about a few months ago. The router is currently only available as an import from China. At the end of March, Xiaomi also announced the global market launch. It is not yet known when it will happen. The RRP should then be 119,99 euros. 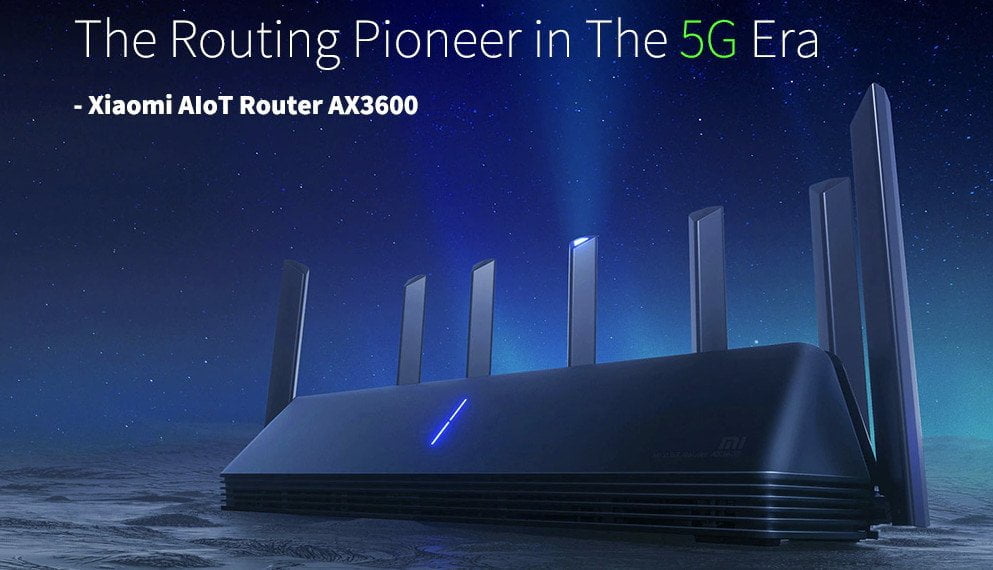 The AX3600 router is the top model of the new router series. Xiaomi has given the router a considerable amount of hardware that can be converted into one Qualcomm IPQ8071A CPU (4 Cortex-A57, 1 GHz clock rate), one Dual-core NPU chip and 512MB of memory divided. As the name suggests, it is a router that includes all current WiFi protocols IEEE 802.11ax supported. That would also be theoretical 6 GHz WLAN possible, which is currently not activated. The operating system is MiWiFi that on OpenWRT based. Resourceful developers are already working on an alternative firmware, which makes the router a good deal more interesting. 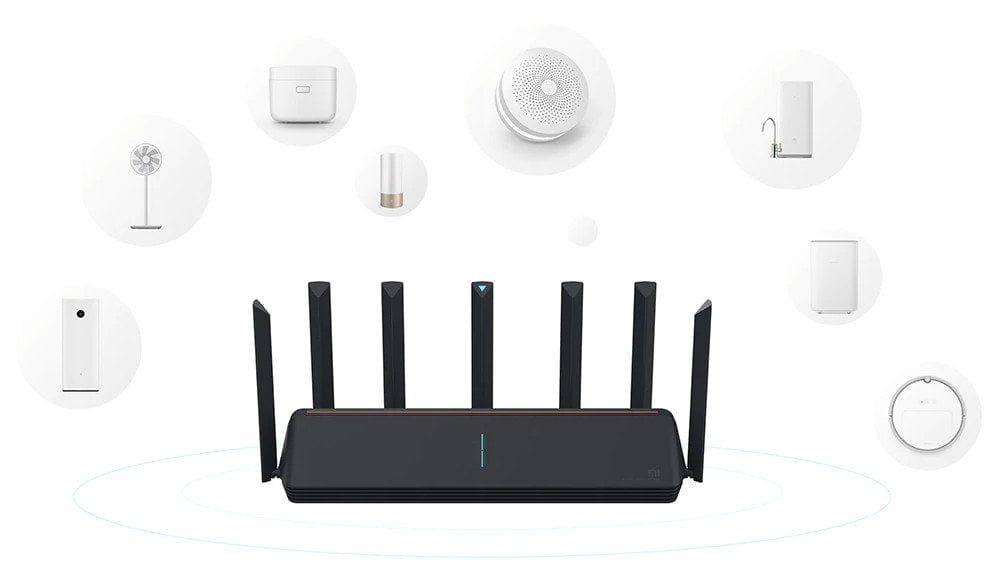 Overall, ensure excellent transmission and reception performance 7 external antennasthat radiate the signal omnidirectionally over long distances. One of the antennas is a special one AIoT antennathat takes care of the integration and control of network devices. Other special features are OFDMA (Orthogonal Frequency Division Multiple Access), MU-MIMO (4 × 4), BSS coloring and support the new one WPA3 Encryption protocol. Friends of wired network transmission may use one Gigabit WAN port and three gigabit LAN ports looking forward. Auto MDI-X identifies the send or receive line of the connected cable. 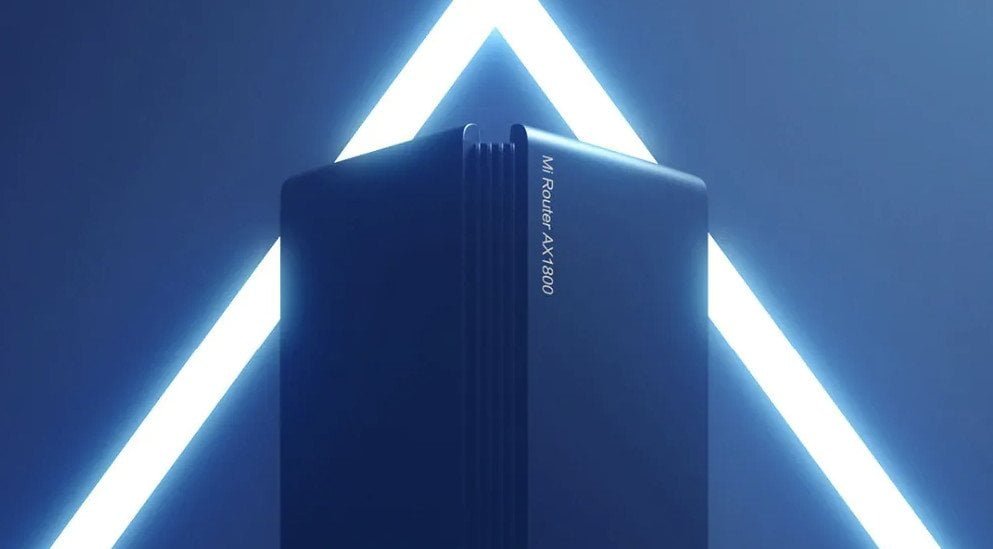 The Xiaomi AX1800 is another WiFi 6 router, which is a bit weaker than the top model. The differences lie not only in the design, but also in the hardware used. The centerpiece is a Qualcomm IPQ6000 (4 Cortex-A57, 1.2 GHz clock rate) with Dual-core NPU chip and 256MB of memory. At first glance, the CPU is a bit faster than that of the AX3600, but the differences are in the details. The new IEEE 802.11ax WiFi protocol is supported. OFDMA is also available. MU-MIMO also, but only in one 2 × 2 Execution. External antennas are missing. Instead, there are 2 internal dual-frequency antennas inside the router. There is no special AIoT antenna. 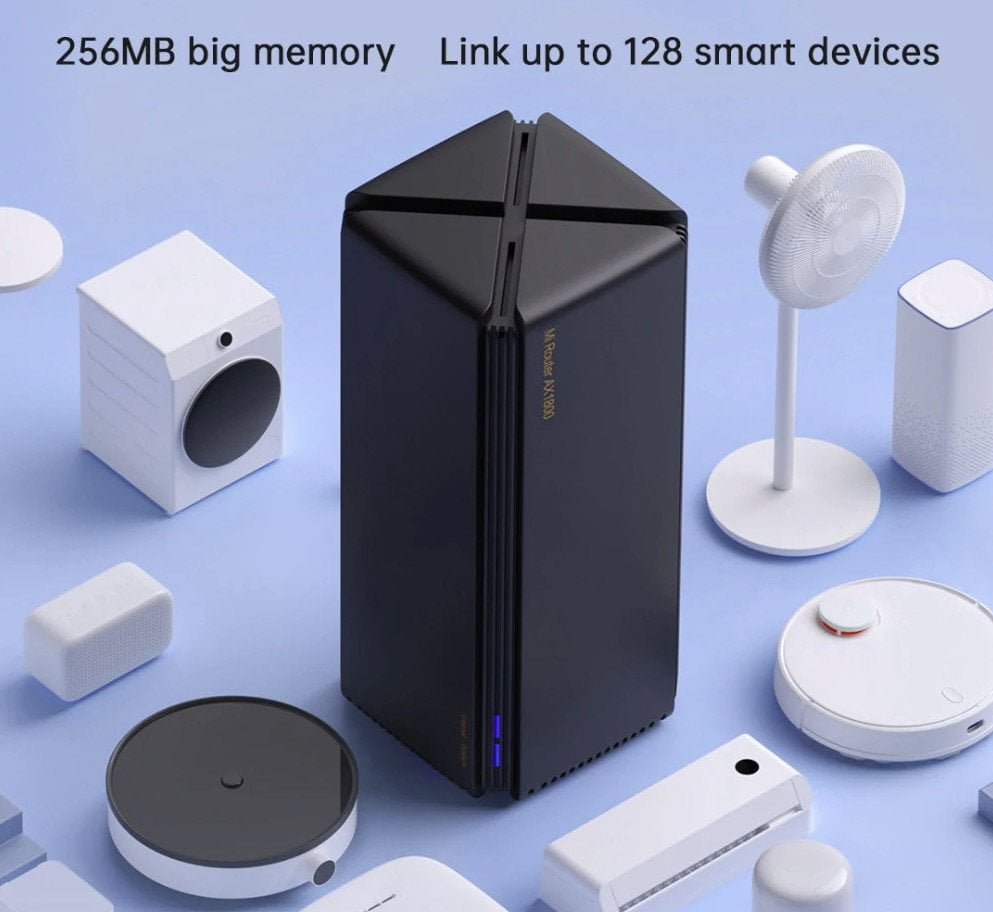 Features like BBS Coloring, WPA3, Band-Merge and Beamforming available. The operating system is also on MiWiFi OpenWRT Base. From the end of June 2020, the router will also receive a major software update, the router Mesh makes compatible. The connections are with a Gigabit WAN port and three gigabit LAN ports identical to the top model.

Another router in the lower price segment is the Redmi AX5 router. Redmi is Xiaomi's “young brand” that promises quality at the best price. The Redmi Ax5 comes in a plain white case and comes with it 4 external antennas equipped that omnidirectionally spread the signal

The hardware, software and functionality is almost identical to the slightly more expensive Xiaomi AX1800 router. The is also installed here Qualcomm IPQ6000 Chip, but only one Single core NPU (1.5 GHz clock) is at the side. The memory has a size of 256MB. The router is already advertised with integrated Mesh function. 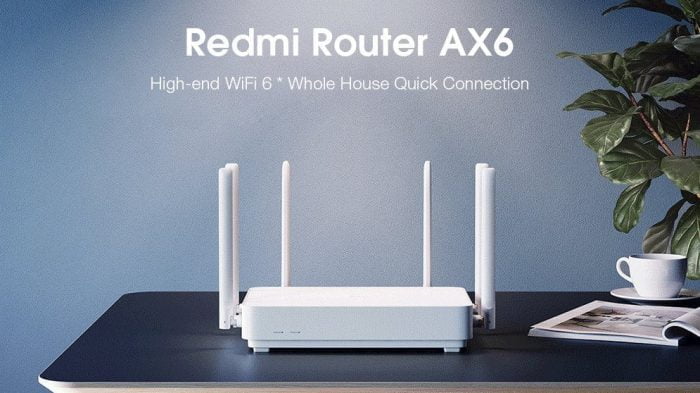 In September 2020 Xiaomi released another Redmi router. The Redmi ax6 is largely comparable to the Xiaomi AX3600 router. The hardware make one Qualcomm IPQ8071A processor with a Dual-core NPU and 512MB of memory. The router supports the new one WiFi 6 standard and reaches (theoretical) speeds of up to 2976 Mbit / s. Beamforming, BSS Coloring, Dual Frequency, WPA3 and other functions are extensively supported.

Six omnidirectional antennas spread the WiFi signal over a large area. IoT devices can be used with Xiaomi Easy Connect particularly easy to integrate into the network. Products from the Xiaomi ecosystem in particular benefit from this function.

The new WiFi 6 WiFi standard is slowly picking up speed. Few routers with IEEE 802.11ax Protocol support has so far made it onto the market. Entry-level models from relevant brands are available from around 80 euros, but these routers cannot lure with convincing functions. The situation is different with the less known Xiaomi routers. Starting prices of less than 50 euros make the WiFi 6 router series particularly attractive, which is why one too Import worth it.

The only obstacle is the cut to the Chinese market. So if you decide to import, you also opt for a MiWiFi user interface in Chinese. However, as you know from other Xiaomi import routers, the user interface can be easily translated with the Google translator. Provided there is an internet connection.

Alternatively, you can on one Global launch hope of the router series. After all, Xiaomi has already announced this. The routers are to come to Europe in the summer. The prices are then of course somewhat higher.