by Timo25. May 2018
Xiaomi will also be launching a new router this year. The Xiaomi WiFi router 4 is not an upgrade from last year's Xiaomi router 3G, but places itself in the hardware between a Xiaomi router 3 and the router 3G. In addition to minor design changes, the new model supports the recently introduced "MiNet", a smart interface for all Mi Home products.
Overview
Manufacturer/Model

The Xiaomi Mi Router 4 is already the 11. WiFi router from the house Xiaomi. The product line convinces above all by a Lush hardware and functional equipment for a small price, Just the last tested Xiaomi Mi router 3G convinced by its versatile modification possibilities. This router still found and finds great acceptance within the OpenWRT developer community. Also the Xiaomi router 4 will most likely be modifiable, as it is also based on an OpenWRT supported MediaTek MT7621A chipset. 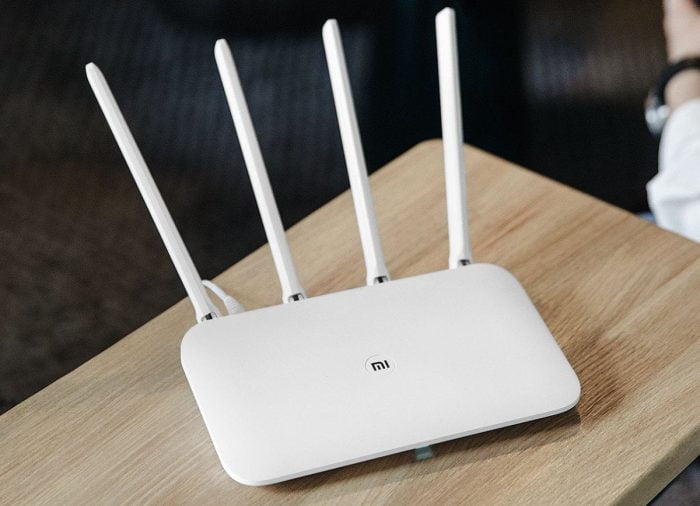 Compared to the last model series, the Xiaomi router 4 has been optically slightly modified. The design of the plain white and 200 × 134,86 × 178,98 mm router has become a little rounder Continue to exist the 4 moving omnidirectional antennas, Frontal on the housing is the Status LED, The back connection options amount to one WAN and two LAN ports with Gigabit connection as well as one DC power input, The new addition is the "MiNet" button, It has disappeared USB portwhat external data carriers could have been integrated into the network. Pity!

As well as the Xiaomi router 3G The router 4 is based on a MediaTek chipset. The MT7621A MIPS has two processor cores with up to 880 MHz overclock. The storage facilities amounts to one 128 MB SLC Nand Flash and one 128 MB DDR3-1200 memory, Herein lies the most important difference to the model 3G. This offers with 256GB MB DDR3-1200 twice the amount of RAM, which may well affect the performance of the router. 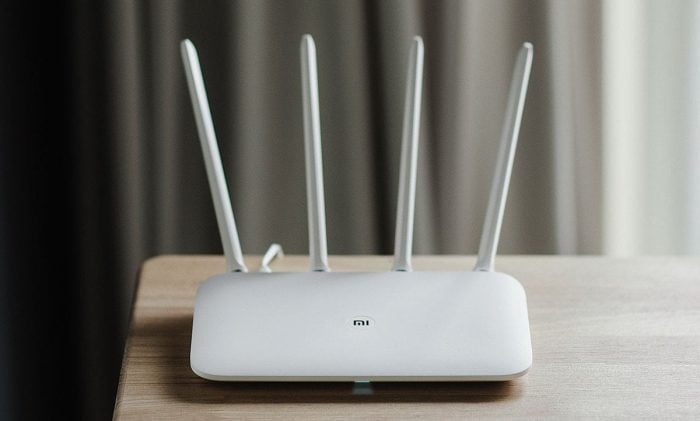 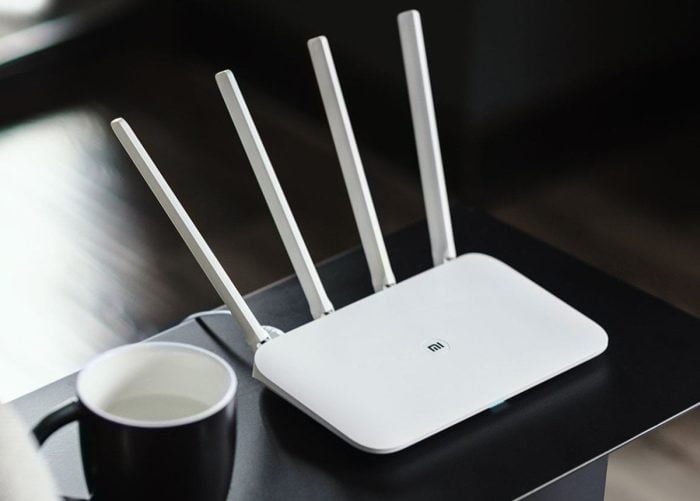 With the Xiaomi router 4 became the so-called "MiNet" introduced. This is a special one WiFi connection protocol the Smart Home devices of the manufacturer at the push of a button into the network. According to Xiaomi, the router should be able to supply up to 128 simultaneously connected devices. The user interface of the router is the so-called MiWiFi OS, which in turn is based on OpenWRT. You can control the router via web interface or app (Android and iOS). Plugins, such as an AdBlocker or the ability to create a guest network are available.

The Xiaomi router 4 is strictly speaking just another gap filler between the Xiaomi router 3 and router 3G. Especially the omission of the USB interface and the reduction of the main memory place the router 4 (~ 27 €) in the shadow of the router 3G (~ 30 €). Whether the possibilities of "MiNet" make up for these points will have to be seen. At least in this country, "MiNet" should be just another untapped feature, which is mainly aimed at Chinese users.

Hello somehow I don't quite see through it. There are three versions, 4, 4A, 4C, what are the differences?