Xiaomi Redmi 3S Test - The battery monster in the unibody

by Timo26. July 2016
Xiaomi leads the 3. Generation of the Redmi smartphone series and has now released the "Xiaomi Redmi 3S" after the compelling Redmi 3 and Redmi 3 Pro. How the new Redmi 3S differs from the already released models and how the new low-budget Xiaomi smartphone beats, we have summarized for you in this review.
Overview
Manufacturer/Model

If you are interested in the Xiaomi Redmi 3 series, you lose track of things pretty quickly. Next to the redmi 3 und dem Redmi 3 Pro is that too? redmi 3S and the Redmi 3X, The main difference between the four smartphones is the processor. The two The former use a Snapdragon 616 octa-core processor, the The latter called a Snapdragon 430 Octa Core, which clocks somewhat weaker in direct comparison. There are also other differences between the models. Most of the time, Xiaomi releases its smartphones in duplicate. Where other vendors offer the same model with different memory size, Xiaomi also offers more memory. The Xiaomi Redmi 3S is thus available as 2GB / 16GB variant and as 3GB / 32GB version, We tested the model with 3GB memory.

Xiaomi never adds much accessories to his smartphone. In addition to the smartphone are still one charger, USB cable, SIM Pin and Manual contain. The manual is completely in Chinese and the charger also has a Type-A plug, which in this country can only be used with an adapter. However, most dealers add such an adapter in addition. 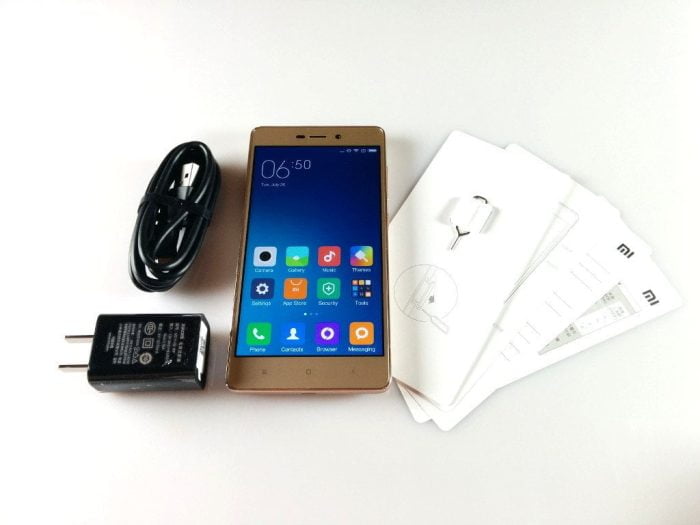 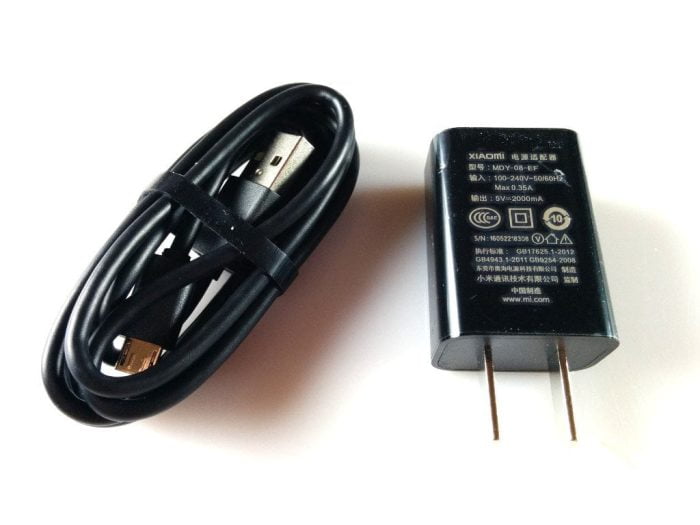 I've run many China smartphones of different price ranges by the hands, but at Xiaomi I was disappointed with the processing and the design of any device. Although the Xiaomi Redmi 3S is priced at about 120 €, the workmanship is impressive and even makes some old brands look old. The "almost" metal unibody case is cleanly processed, There are no gaps or dirty spots.

Why "almost" unibody? The upper and lower case terminations are made of plastic, which is probably due to better connectivity. Visually, this fact is hardly noticeable. Because of the unibody design, the back is not removable. The battery can not be changed! 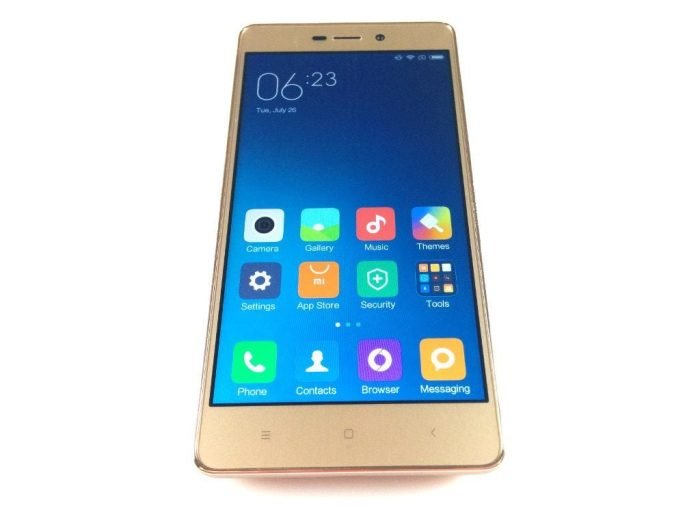 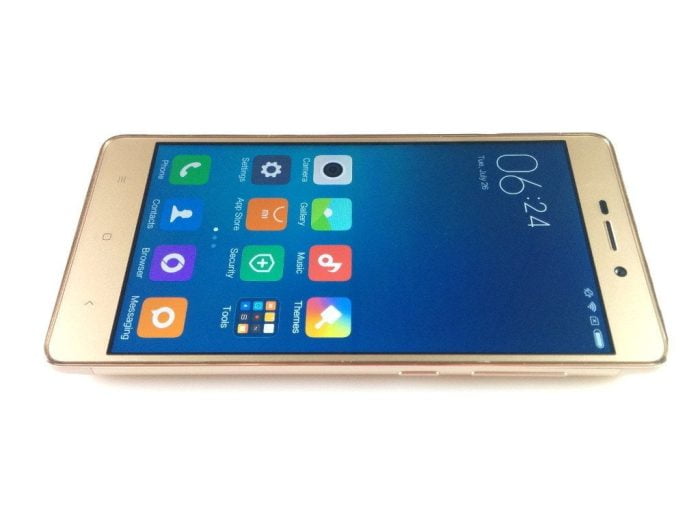 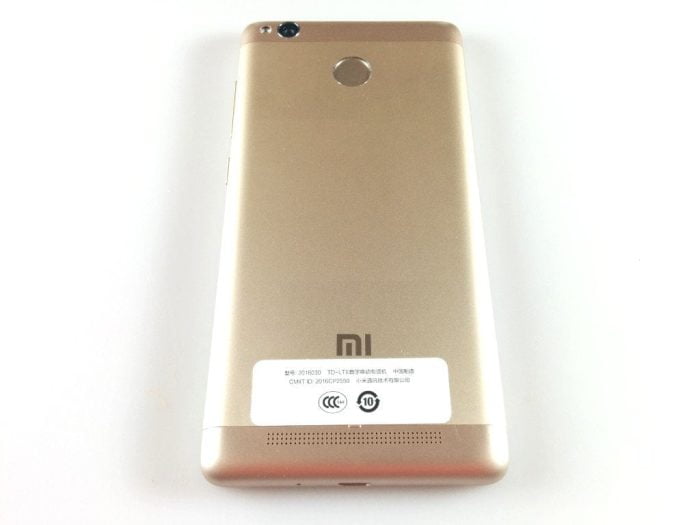 The SIM card slot is located on the left side of the housing. This Dual-SIM slot is to one Micro SIM and a Nano SIM compatible. But if you want to use the memory expansion option using an SD memory card, which must because of "Hybrid slots" dispense with a SIM slot.

Even the side-mounted control buttons sit in the case without any play. Even if you shake the smartphone vigorously, there is no rattle. In addition to the two physical control buttons, the Power and the Volume rocker, owns the smartphone too 3 capacitive buttonslocated below the display. Unfortunately, these buttons are not lit. There is another one under the middle "Home" button Notification LED, which shines in different colors and can be programmed via the settings.

Above the display are the auricle, the front camera and the proximity sensor. In addition, the smartphone has two microphone inputs, one Infrared sensor, an 3.5mm audio output and a micro USB socket. The two microphones are used for noise-free speech transmission. With the infrared sensor and the matching TV app, the Xiaomi Redmi 3S can be used as a remote control. On the back are one 13 Megapixel main camera with LED flash and an Fingerprint scanner. 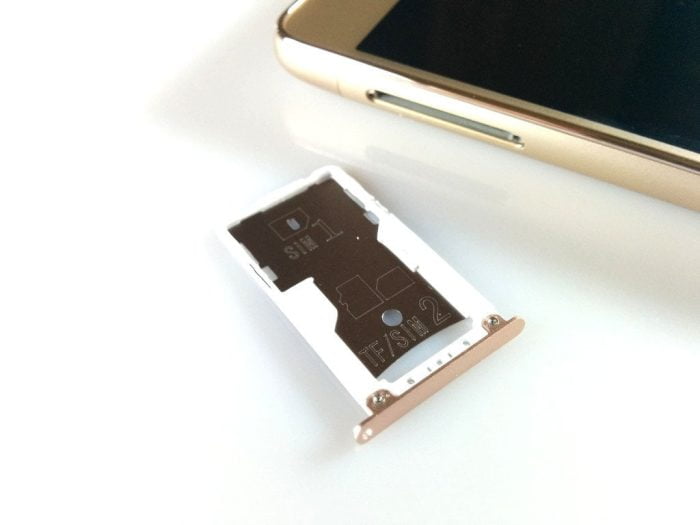 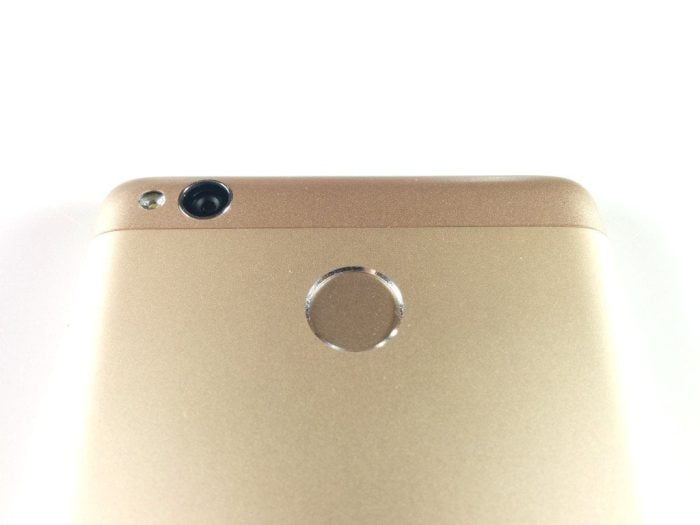 The Xiaomi Redmi 3S has one 5 inch IPS HD displaywhich with 1280 × 720 pixels dissolves. The point density is 294 PPI. As a result, the display appears pin sharp, which makes individual pixels are no longer recognizable.

The display could hardly be better. All colors are bold and the contrast is well balanced. The viewing angle stability of the Redmi 3S is impressive. No matter how you turn and turn your smartphone, fonts remain legible even at extreme viewing angles and the colors remain unchanged. The maximum display brightness is sufficient to guarantee an easily legible representation even in direct sunlight.

Im Multitouch Test it brings the Redmi 3S on 5 simultaneous inputs. The Redmi 3, which was released just a few months ago, still achieved maximum 10 finger multitouch. As a result, the touch screen of the Xiaomi Redmi 3S is no worse. All inputs are detected precisely. Information on the display glass used are unfortunately not known. One can assume, however, that no Corning Gorilla Glass 3 was used here!

The model with 3GB memory and 32GB internal memory behaves fast. Apps can be opened in a timely manner and even graphics-intensive games can be played smoothly on the Redmi 3S. Even in multitasking with numerous open apps, the app changes fluently and the performance is maintained. Overall, the system of the Xiaomi Redmi 3S is very well matched to the hardware. Only in games with very high graphics requirements, image collapses appeared. 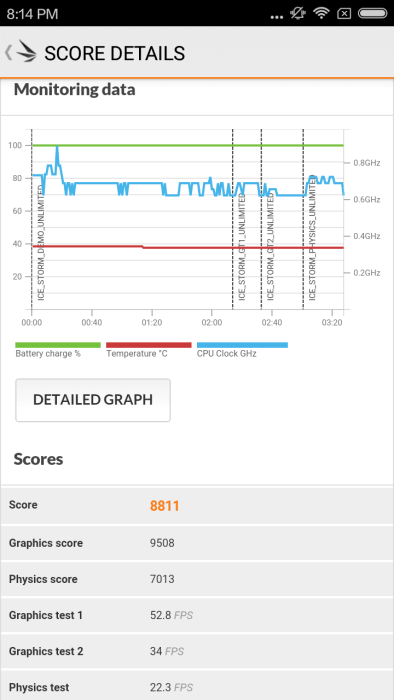 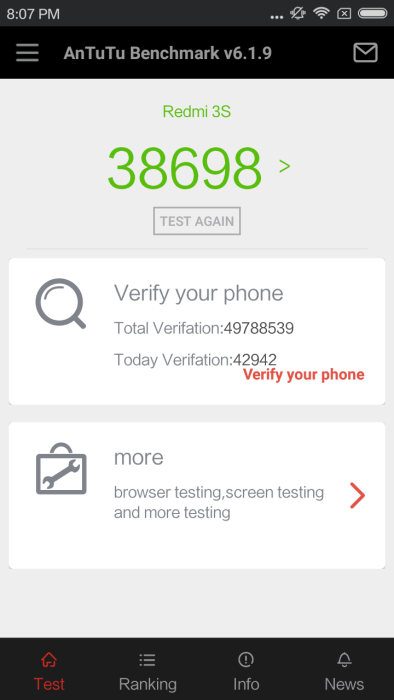 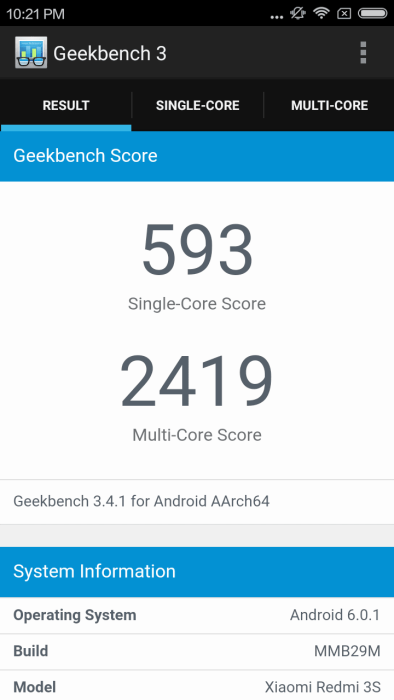 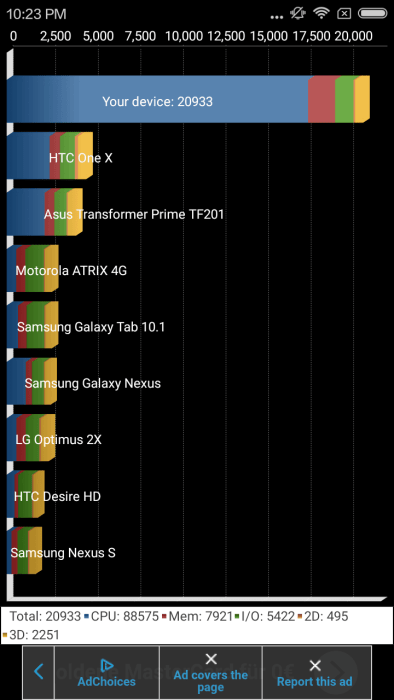 The Xiaomi Redmi 3S uses one on Android 6 based MIUI 7, Anyone who does not know MIUI 7 and is used to a clean Android stick first has to deal with the very strong modified user interface familiarize. Xiaomi's MIUI offers many enhancements and settings and makes many apps superfluous. The language can be changed to English and also to German, whereby occasionally still translation errors can occur.

The pre-installed apps are partly in English, but also in Chinese. The Chinese apps can be partially uninstalled, but it is recommended to install a custom ROM or the MIUI Global ROM afterwards. Google Apps and its PlayStore are not preinstalled! The PlayStore can be installed later with the so-called "Google Installer".

MIUI is very adaptable. Various Themes are already pre-installed, but can also be downloaded via the Mi AppStore. Among the settings there are specific settings for the notification LED, but also a complete "Security Center" has been integrated into MIUI. Overall, the design of the MIUI user interface is very modern and somewhat reminiscent of Apple's iOS.

Coming soon will be the new Xiaomi Redmi 3S MIUI 8 appear. According to the manufacturer, it could already be ready in the coming weeks!

Update: MIUI 8 is now also available in the Global ROM. Also first custom ROMs (eg CyanogenMod 14) and kernel have been released. Instructions for flashing and download Links to the available ROMs can be found in Forum of the XDA Developers. 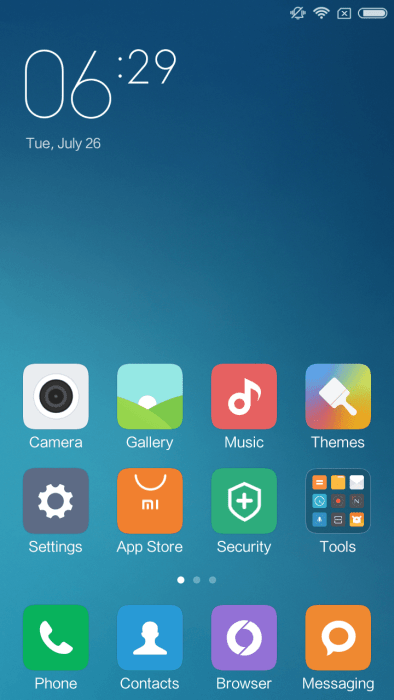 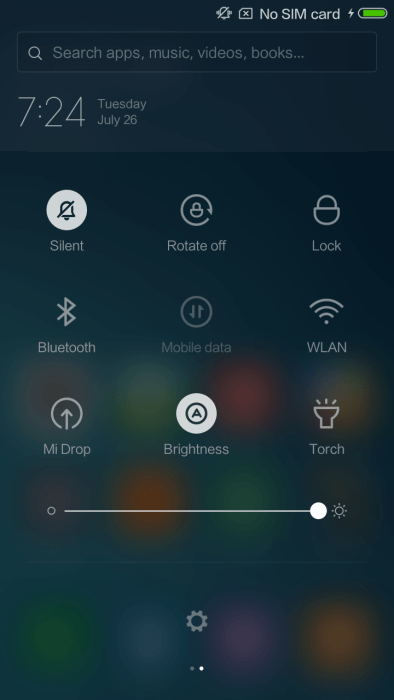 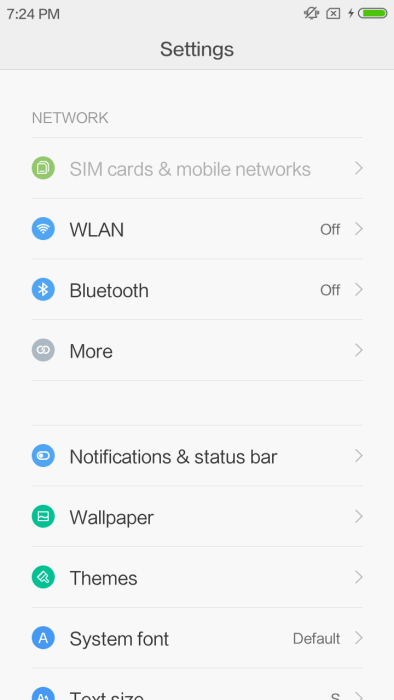 The main camera of the Xiaomi Redmi 3S releases 13 Megapixel on. Which image sensor was used is not known. However, there are details on the aperture and the lens. The F-number is f / 2.0, as a lens comes one 5P lens for use. On Autofocus (PDAF), as well as one LED flash are also available.

Xiaomi uses a MIUI-reserved camera app, which offers a remarkable range of functions. Next different recording modes, such as the panorama mode or the "Beauty Mode", this app also offers integrated filters, similar to the well-known "retrica app".

The main camera of the Redmi 3S convinces in good light conditions by noise-free image recording with natural color reproduction and pleasant sharpness. Only in lower light conditions, the image is increasingly blurred and the image noise increases. The autofocus works accurately and focuses above average speed. The tripping time is comparatively short. From a price / performance perspective, the Xiaomi Redmi 3S offers one of the best cameras in this price range.

The front camera releases with 5 Megapixel on. The f-number is included f / 2.2, The selfies recorded in the test phase are mostly usable. Only in poorer lighting conditions is an emerging picture noise visible. 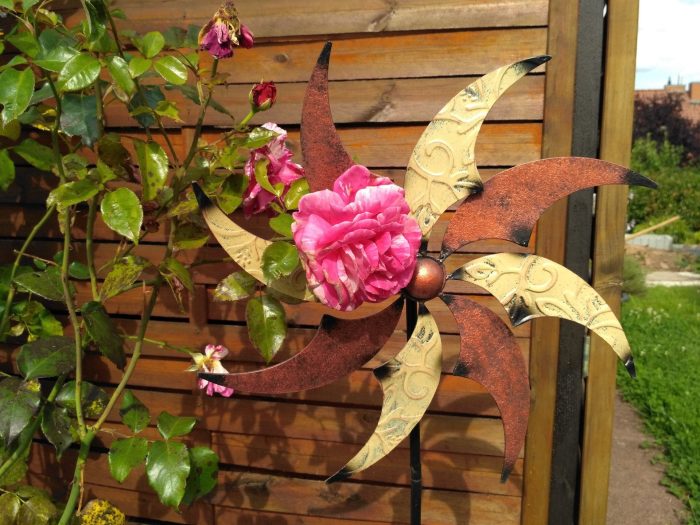 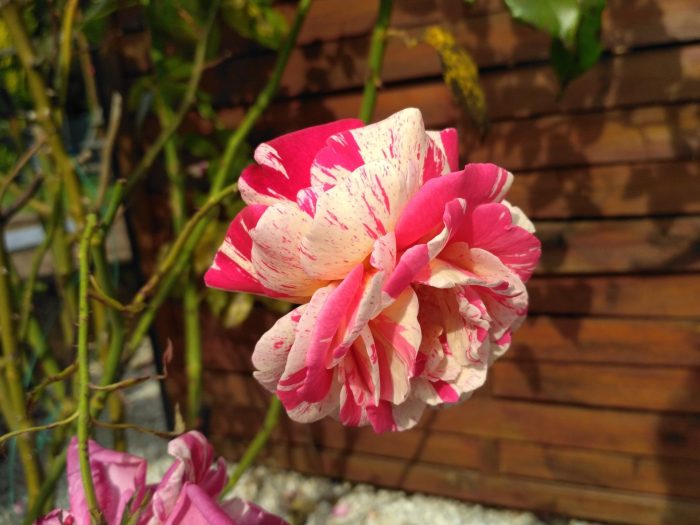 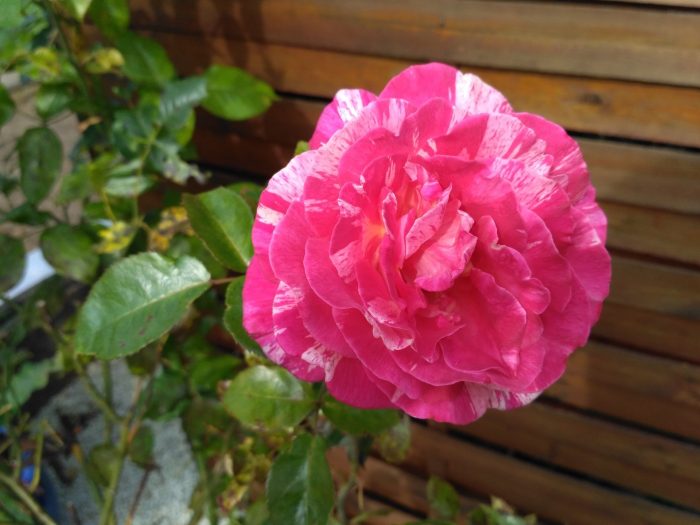 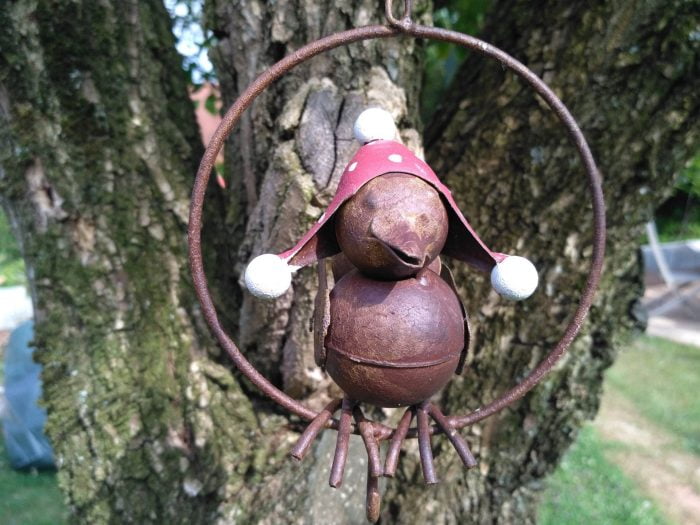 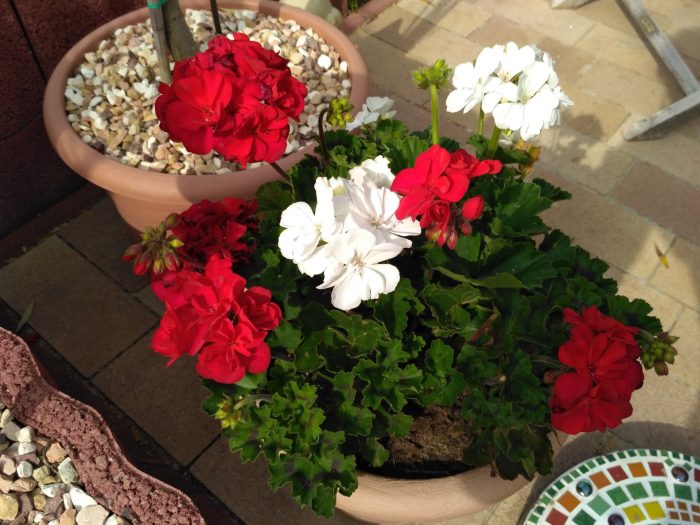 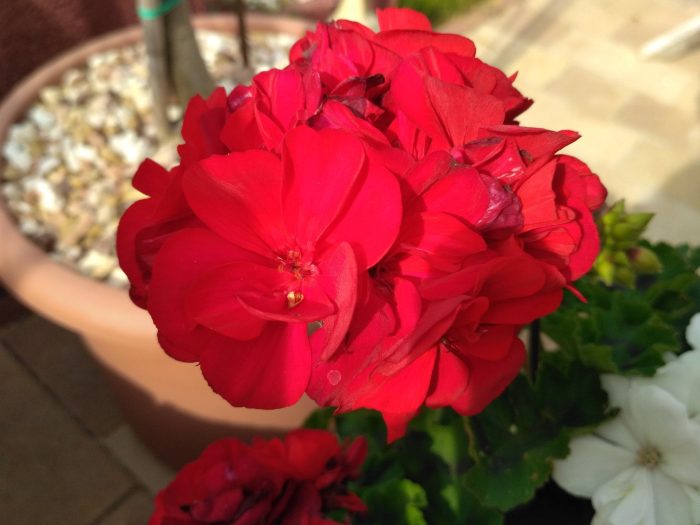 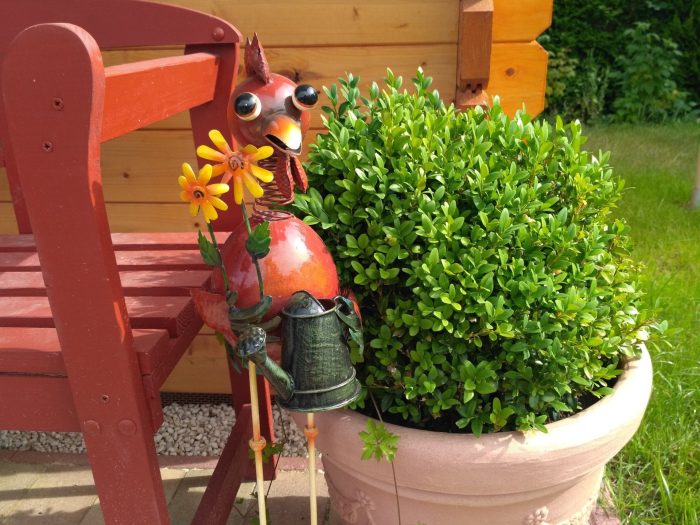 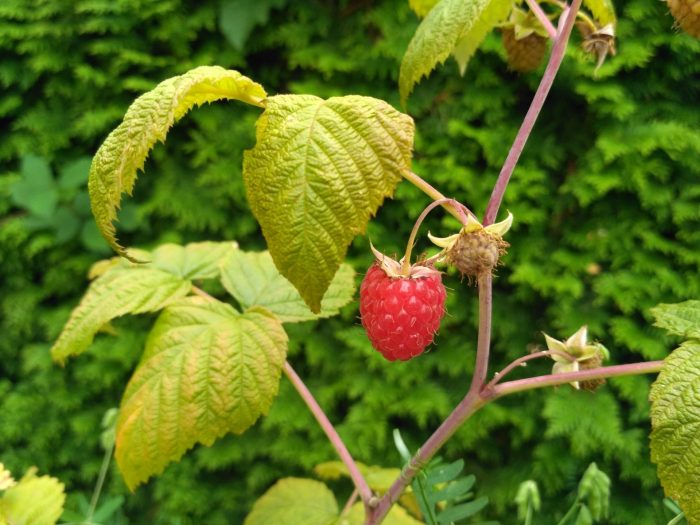 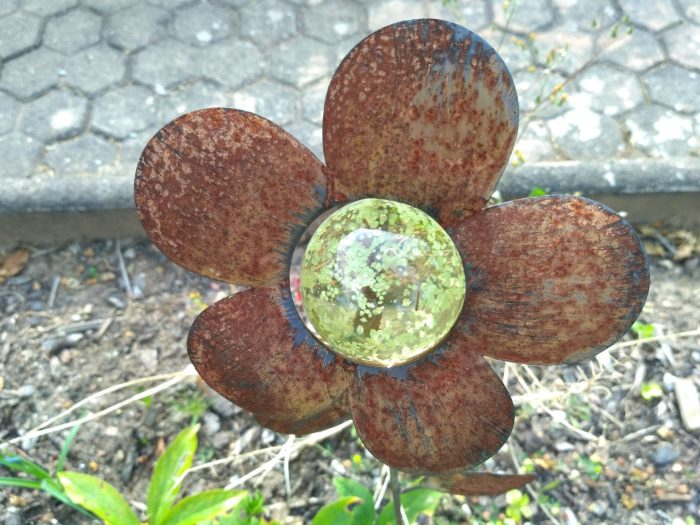 The fingerprint scanner of the Redmi 3S is easy to configure. Once an unlocking method is set up, you can finger profiles be created. To improve the accuracy, it is recommended to scan the finger, which is mainly used for unlocking, several times. The fingerprint scanner then works accurately and also detects a slightly laterally placed finger. The unlock time is still average, but could also be faster!

Xiaomi waives LTE Band 20 to the detriment of German and many European userswhy Xiaomi smartphones and thus also the Redmi 3S, can not be fully used in the German LTE network.

The Conversation quality and signal strength convince And even mobile surfing is fast enough with HSDPA. Due to the additional microphone and the phone calls by means of the handsfree function is possible trouble-free.

The Redmi 3S also cuts a fine figure in WLAN. In the 2.4GHz network, the range is above average and the signal strength is very well preserved. The 5GHz network is unfortunately not supported. Also in terms of Bluetooth, there were no problems in the test phase. Bluetooth devices were easy to connect and data transfer went smoothly.

A GPS fix was found after a few seconds. With the "GPS Test" app, the positioning was accurate to 3 meters. Why no more accurate value was displayed, I could not find out. With Google Maps, however, the navigation went smoothly and the position was determined exactly.

The Xiaomi Redmi 3S has integrated a lot of sensors. In addition to the usual Brightness, proximity and acceleration sensors, the smartphone also has a Gyroscope and an e-compass, In addition, a was Infrared sensor which allows the smartphone to be used as a remote control with a remote app. 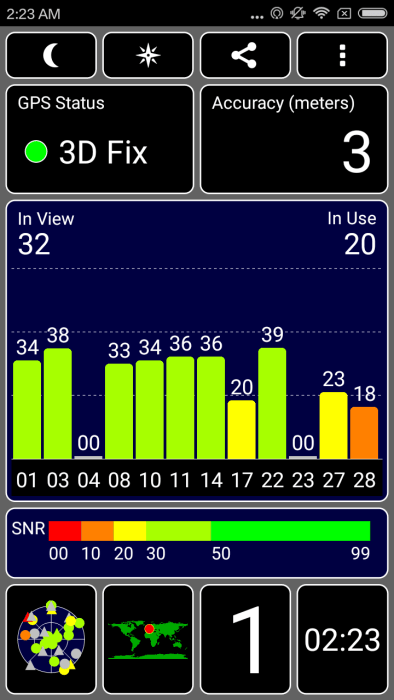 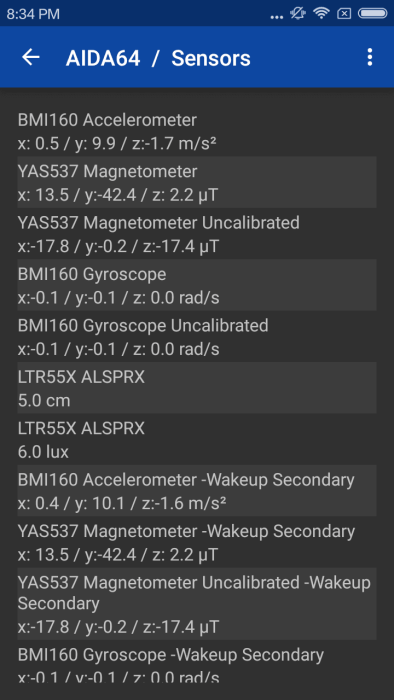 All Redmi 3 models are real battery monsters, yet compact Size (69.6 mm x 139.3 mm x 8.5 mm). The Redmi 3S has a 4100mAh batterywhich offers a longer than average battery life. Charging the battery is about 2-3 hours, depending on which charger you use. The runtime is good for normal use 2-3 days. With intensive use (Pokémon Go sends greetings!) I had to charge the smartphone at noon the next day.

The Xiaomi Redmi 3S is another great device in the Redmi 3 range. The smartphone convinces in almost every aspect, which is why only the lack of LTE band 20 is the biggest criticism.

The MIUI 7 user interface is well adapted to the hardware, allowing for a fluid user experience. In combination with the powerful battery, the Redmi 3S becomes an excellent everyday smartphone.

Hi, does the Redmi 3S have a notification LED?

Hi Fred,
yes, below the Home button is the notification LED. The LED lights up in different colors and can be configured via the settings!

Thank you for the review and the great sample images. I have also ordered the Redmi 3 with 3GB and I'm really excited.

the genius is that there is now the band 20 version. Adios Samsung

What about the voice quality or the quality of the sound, with a car kit in the car via Bluetooth if you have two SIM cards in it?
Had to say several times today that the quality is pretty modest and sometimes not understandable at all. My interlocutor, however, hears me great. I have not had such problems before, so I guess it's the end.

Furthermore, I would be interested in whether the MIUI 8 is a way to regulate notification and call volume separately from each other? Furthermore, I miss the possibility of setting the general vibration intensity. Best also separately adjustable.

Although I currently do not use the Redmi 3S, I have never had any problems with Dual SIM in combination with Bluetooth. The volume control of MIUI 8 is very similar to that of Stock Android. You can adjust the ringtone, media, and alarm volume. Vibration strength settings are also available (Off, Weak, Medium, Strong).