by Timo27. April 2018
With the Xiaomi MITU Drone brings the Chinese electronics giant Xiaomi a second drone on the market. Belonging to the "MITU" product range, it is not a drone from the professional field, but a toy drone for children and young at heart. All information about the gadget is summarized below.
Overview
Manufacturer/Model

There is no product area that Xiaomi will not miss. Under the Xiaomi "MITU" product line Meanwhile, the Chinese manufacturer sells all sorts of toys, be it a smart robot or a recently released model airplane. The MITU drone is now another product, especially for children and at the same time second Xiaomi drone. 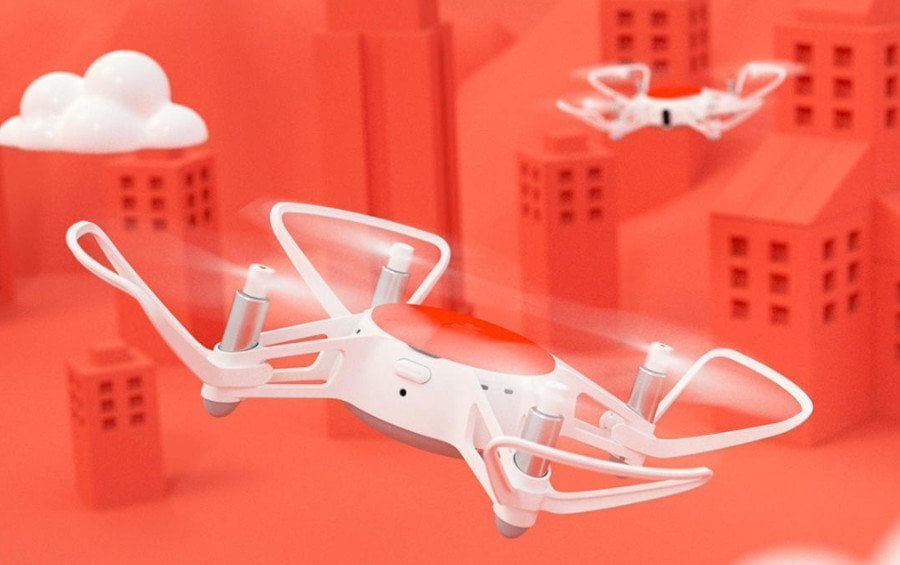 With a Size of 9.10 x 9.10 x 3.80 cm and a Weight of 88g the drone is not that big. Accordingly, the MITU drone is also mainly for the Indoor flying designed. The round drone is built in a classic way with a forward facing 720p camera and four fixed propeller arms. The sensors amounts to a downward Ultrasonic sensor, Barometer, infrared sensors and one Optical flow sensor, Among other things, the drone is thus able to automatically hold the height and detect obstacles. So-called Prop Guards, which are included in the delivery and can be connected to the propeller arms, protect the propellers, but also persons and objects from damage. 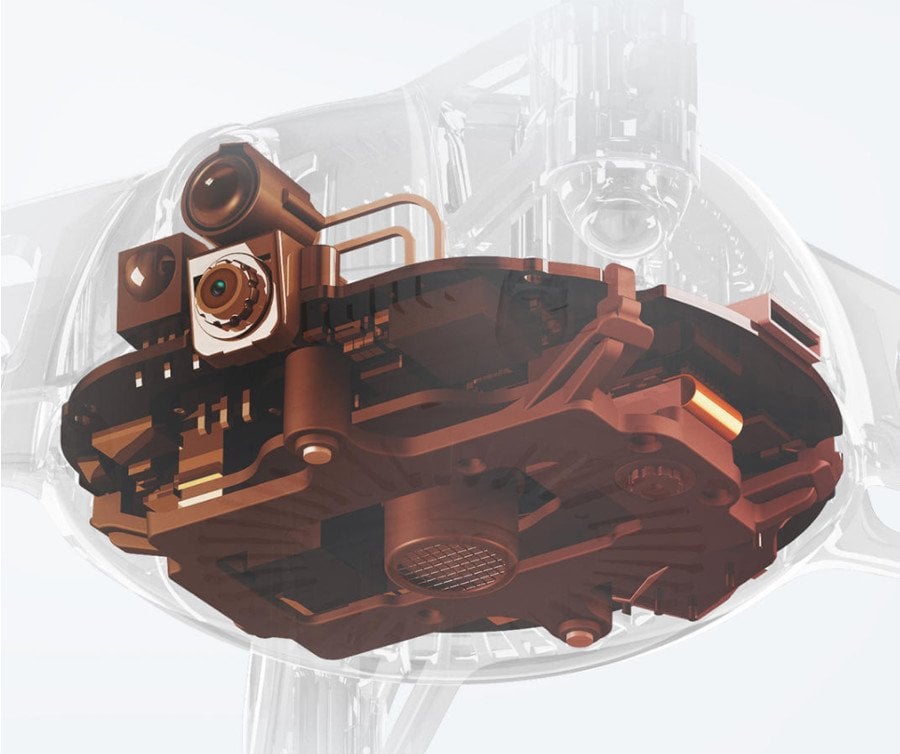 Following the trend, the MITU is also a drone, mainly with one Mobile device controlled via an app becomes. It uses either the touch screen, by so-called virtual joysticks, or the tilt sensors or the gyroscope of the respective smartphone or tablet. The connection between drone and mobile device is over WiFi (802.11a) manufactured. The drone is equipped with a WLAN module for this purpose and builds up its own WLAN. For those who prefer to control their aircraft with a real controller, the Xiaomi MITU drone offers the option for anyone Bluetooth GamePad connect to. 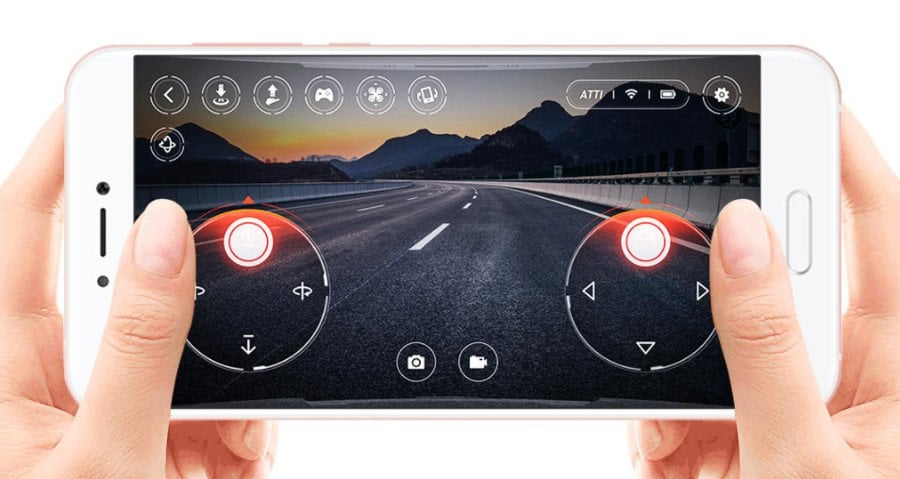 The flight characteristics amount to a maximum Altitude of 25 meters and a maximum Control distance of 50 meters. flight time gives Xiaomi 10 Minutes at. The power supply is via a replaceable 920 mAh LiPowhich is inserted over the top of the drone. The battery is charged via the MicroUSB interface the drone. The charging time is 60 Minutes.

About the Drone app can be in addition to the controller also different maneuvers execute and Settings make. For example, you can specify the maximum flight range (2.5 meters by default), the joystick mode and its sensitivity, or photo and video parameters. Flight maneuvers include the automatic one Start from the ground or from the hand, Headless mode (constant direction of control), which eases the operation especially for beginners, or a 360 degree flip on Click. As mentioned above, the MITU drone is also able to automatically maintain altitude and float on the spot. The drone can be calibrated directly via the app. 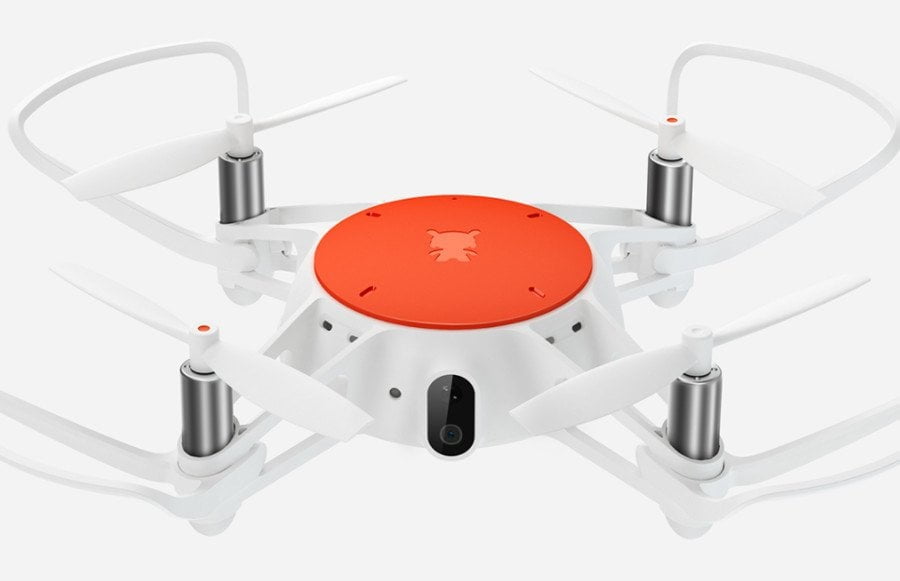 For photo and video recordings is a fixed 720p camera responsible. The video Resolution is 1280 720 x pixels, that picture resolution is 1600 1200 x pixels, Recordings are saved directly on one internal 4GB flash memory, There is no memory card slot! 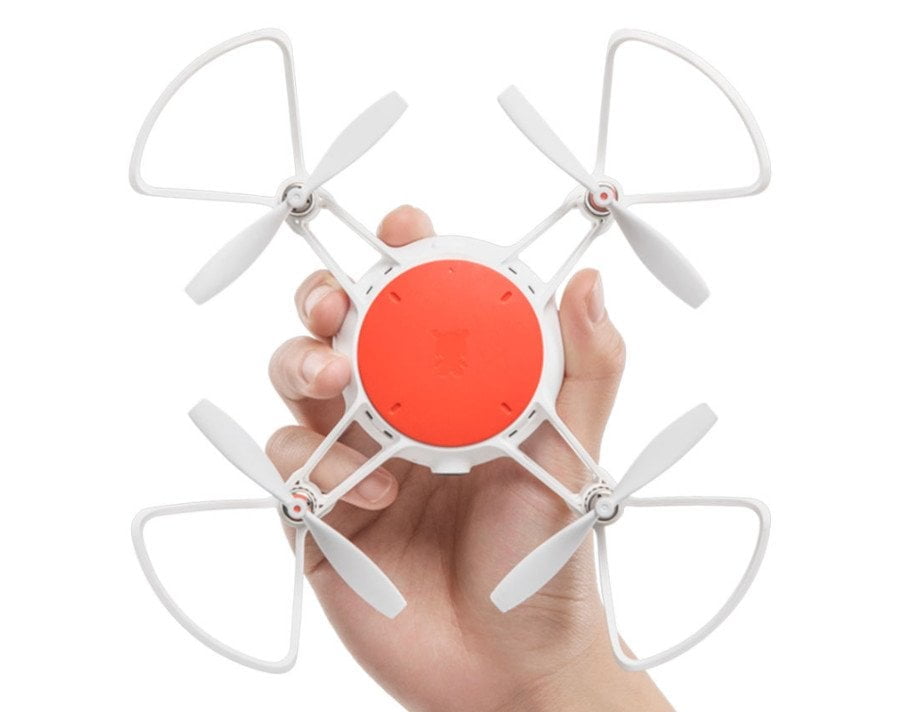 Another feature is the "Battle Mode"that includes various mini-games. through Augmented reality (AR) Artificial obstacles or targets are displayed directly in the live image of the drone reproduced via the app. Several MITU drones can also compete in battles. Comparable to the game "Laser Tag", the drone is equipped with several infrared sensors that register "hits".

Initially, the drone is only available through the Xiaomi crowdfunding platform "Youpin", The selling price is there 399 YuanWhat converted just under 52 € equivalent. First online shops from Far East offer the aircraft already in advance. For example, GearBest listed the drone for just under 65 €. With a Shipping is from the end of May to count.