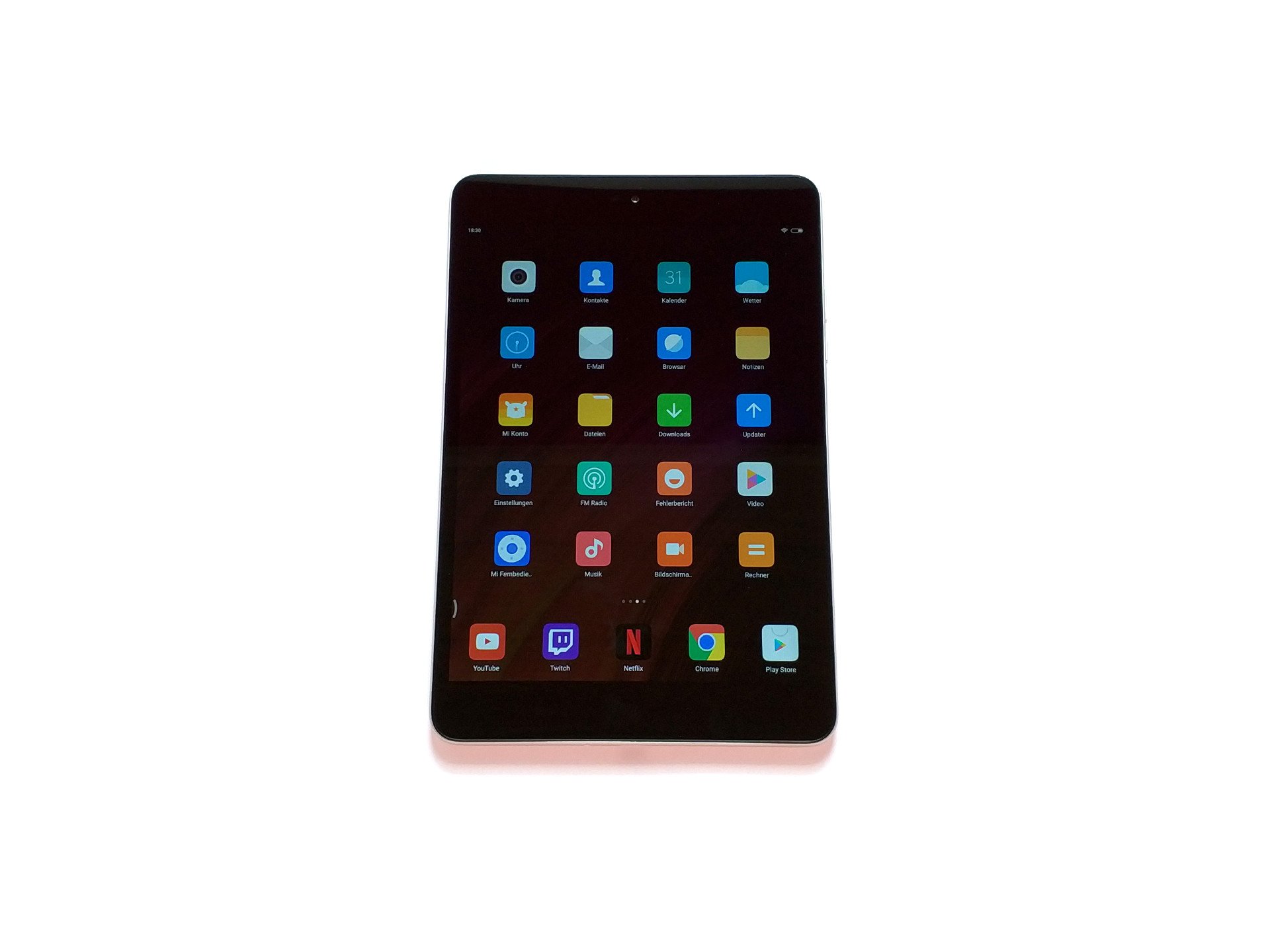 With the Mi Pad 3, Xiaomi is based on the design of the previous model. The aluminum housing is made from one piece, in the so-called unibody, and is currently only available in the color “champagne gold”. The rounded edges of the frame, which merge seamlessly into the rear of the case, are visually striking. The case dimensions are 20 cm in length, 13.3 cm in width and a thin 0.7 cm in thickness or height. The weight is just 328g, which means that the tablet can be held in just one hand for a long time. Thanks to its compact size, the Mi Pad 3 can also be used on the go. 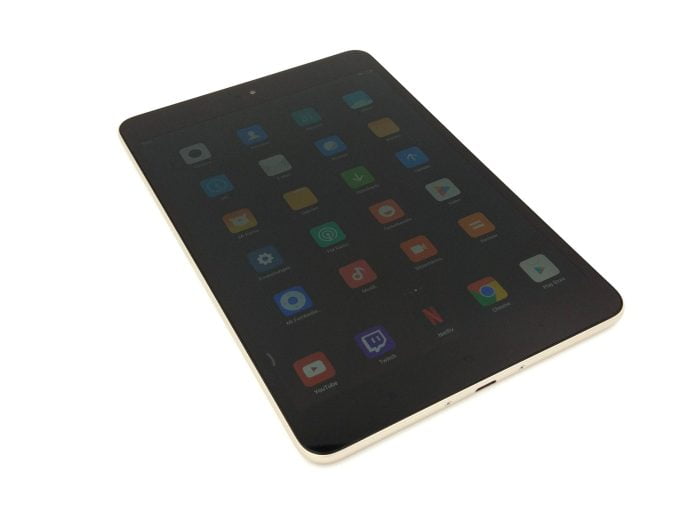 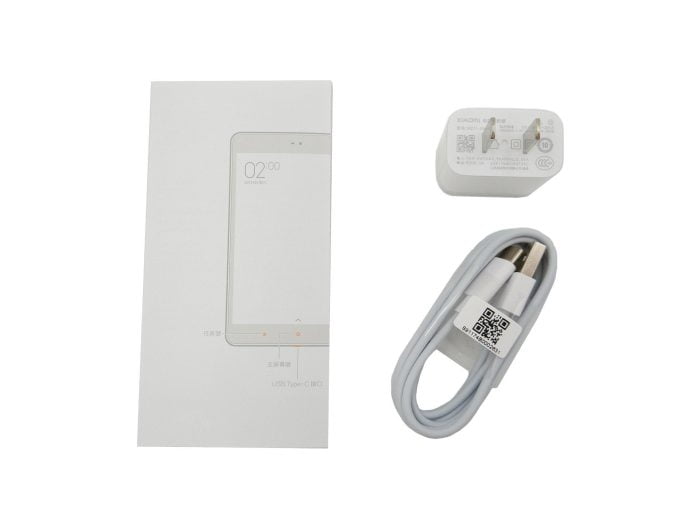 The volume rocker and the power button are located on the left of the housing frame. Although the keys have a good pressure point, they could sit more firmly in the frame. Movements can cause the keys to rustle, which is annoying in the long run. The USB-C socket is located on the lower part of the housing frame and in the middle between two clearly visible screws. The upper, left frame section is equipped with a 3.5 mm jack audio socket. The back is adorned at the top left with the 13 megapixel main camera embedded in the housing, the Mi logo in the lower third and the stereo loudspeaker below. The entire tablet is exceptionally well made, with the exception of the somewhat loosely seated control buttons. 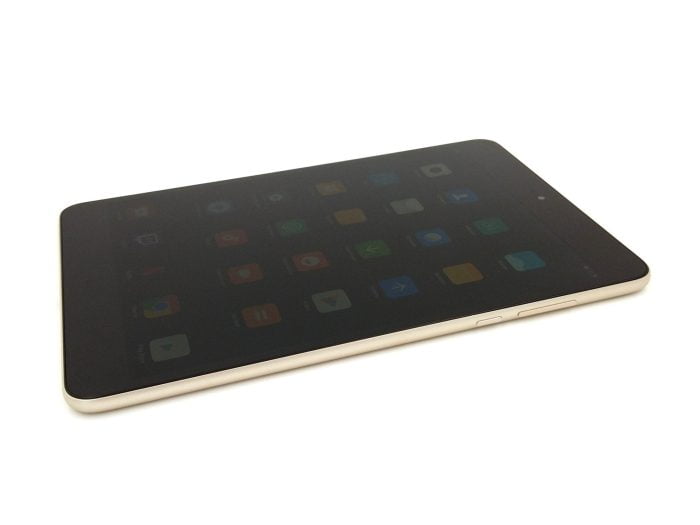 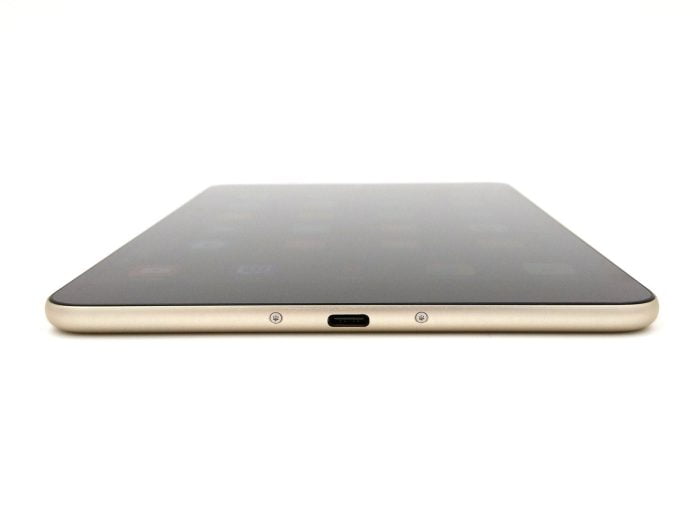 As usual, the scope of delivery is simple. It includes a Chinese quick start guide, a USB-C cable and a charger with a NEMA-1 plug (5V 2A). If you want to use the supplied charger, you have to buy a suitable plug type A to type C adapter. Alternatively, any conventional smartphone charger can be used for charging.

A tablet in a very appealing design, at the same time good workmanship. The only thing to criticize are the slightly loose operating buttons.

In contrast to the current Xiaomi smartphones, the Mi Pad 3 does not use a Qualcomm processor, but a MediaTek MT8176. This is a hexa-core processor, especially for tablets. The cores are divided into 2 fast ARM Cortex-A72 cores that clock at up to 2.1 GHz and 4 energy-saving Cortex-A53 cores that work at a maximum of 1.7 GHz. The processor graphics is a PowerVR GX6250, which among other things supports the decoding of h.265 and VP9 video material at the hardware level. The memory equipment consists of a 4GB LPDDR3 RAM and a 64GB eMMC5.0 flash memory.

So much for the hardware equipment. The Mi Pad 3 proves to be quite powerful in practice. Swiping and scrolling through the user interface is fluid. Apps open promptly and are loaded without major delays. Even several apps that are open at the same time only have a minor, barely noticeable impact on performance. Regardless of whether the tablet is used for web surfing, streaming or other office work, the performance is sufficient for a satisfactory user experience.

Let's get to gaming suitability. Individual graphics benchmarks already indicate that the PowerVR GX6250 GPU only leads the lower midfield. Graphics-intensive games such as Asphalt 8 or NOVA 3 can be played, but there may occasionally be image breakdowns or spongy gaming experiences. In the test, the Mi Pad 3 reached a temperature of 34 ° C after about an hour of intensive work and play.

Although the processor is a downgrade compared to its predecessor, the performance convinces with a smooth user experience. Minor cuts, however, there are in the Gamingtauglichkeit the tablet!

The Xiaomi Mi Pad 3 uses a 7.9 inch 2K IPS Retina display with an aspect ratio of 4: 3. The resolution is 2048 x 1536 pixels, whereby a point density of 326 DPI is achieved. The display is razor-sharp and colors appear particularly rich, but still natural. Within the display settings, the color temperature can also be adjusted to suit your own needs. In addition to automatic brightness adjustment, there is also the option of automatic contrast adjustment. The luminance of the display is 400 cd / m². The highly reflective glass front makes the display difficult to read, especially outdoors. Using the tablet while on vacation at the beach could be a problem.

Another disadvantage of the highly reflective glass front is the susceptibility to fingerprints. Imprints were already on the display after unpacking, which form unsightly streaks and impair the readability of the display, especially when there is strong incidence of light. The good viewing angle stability is worth mentioning. No matter how you turn the Mi Pad 3, the display is not impaired even from oblique angles. So-called backlight bleeding, i.e. uneven illumination of the display, does not occur with this panel. Multi-touch is supported with up to 10 simultaneous inputs. The touchscreen recognizes inputs precisely and ghost touches did not occur during the test phase.

Interesting functions relating to the display are also offered on the software side. In reading mode, blue light is filtered so that the eyes are protected even when used for a long time. The mode can be activated at the push of a button or by a timer. How strongly blue light should be filtered can be set continuously. Another mode is the so-called monochrome mode. All colors are replaced by a black and white representation. This is intended to improve the readability of the Mi Pad 3 on the one hand and to reduce battery consumption at the same time.

The display of the Mi Pad 3 impresses with its crisp presentation, a rich, as well as natural color reproduction and a precise touch screen. To criticize is the susceptibility to fingerprints, which affect the readability of the display, especially in case of strong light incidence.

Tablets from China are not known to have good cameras. The main camera of the Mi Pad 3 can be assigned to the high-end area compared to other China tablets. Nevertheless, the recording quality cannot keep up with current smartphone cameras. Image recordings are convincing due to their good color rendering, but the details are weak. As the lighting conditions deteriorate, so does the image noise and more and more details are lost. The same applies to videos that can only be recorded in full HD.

The range of functions of the MIUI camera app is also greatly reduced compared to its smartphone counterpart. There are various filters to choose from, but there are no extensive recording modes or camera settings. 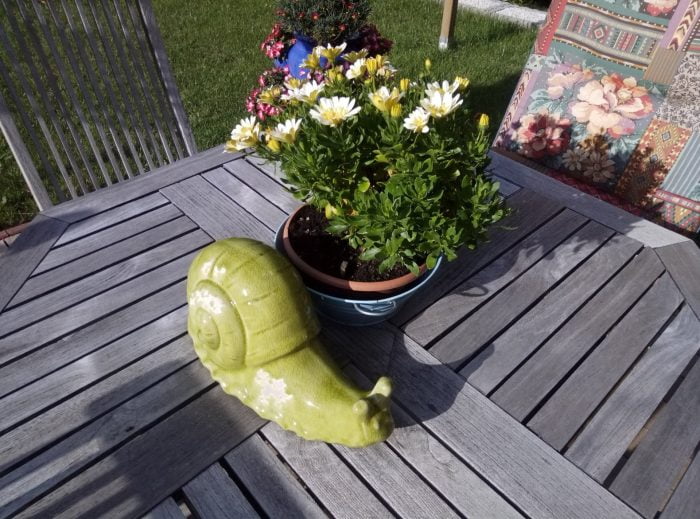 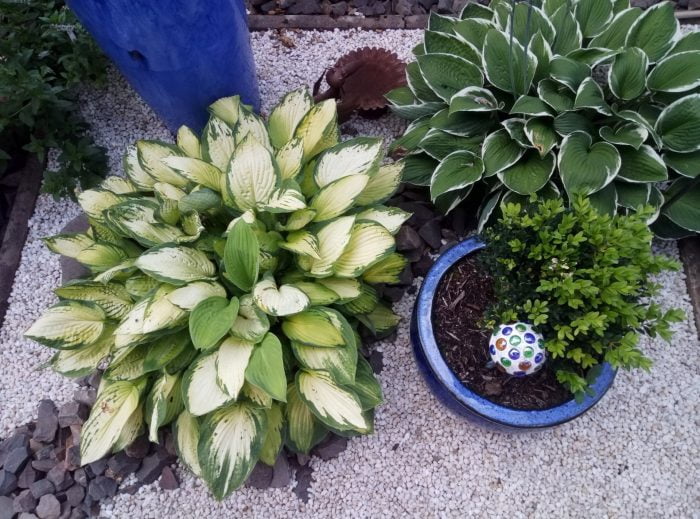 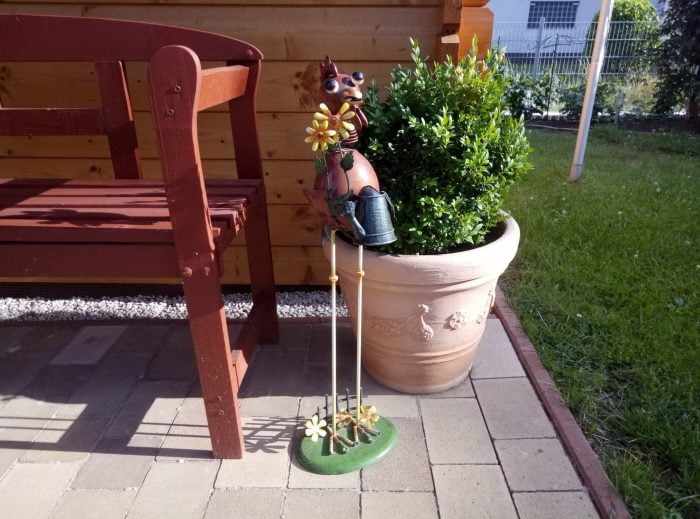 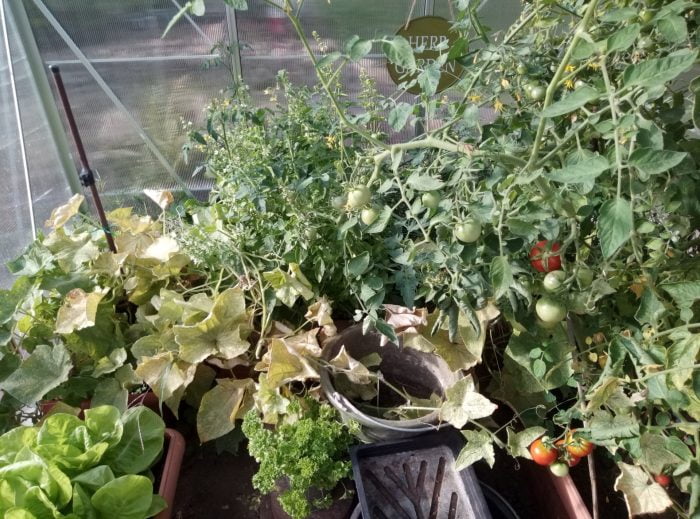 The front camera is suitable for video telephony. Those who like to shoot selfies, will have to put up with the quality of the recording here. Images are missing the details and colors look rather pale. 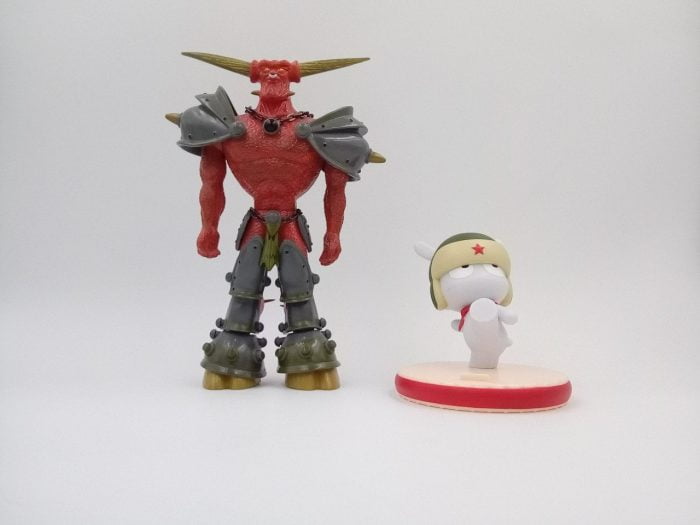 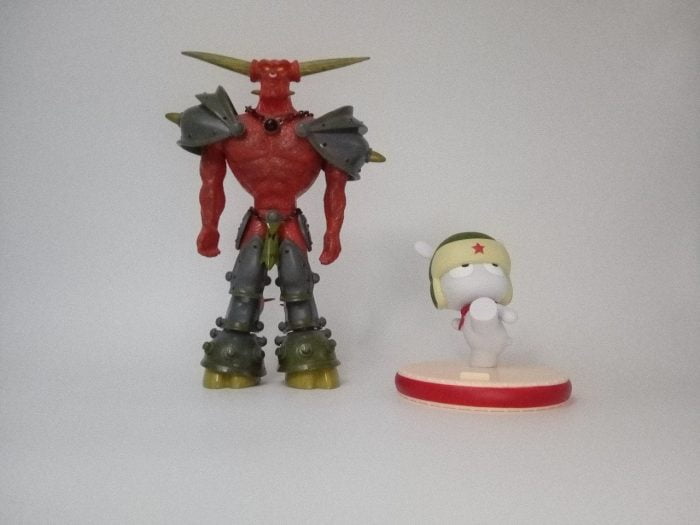 With regard to the cameras, the Xiaomi Mi Pad 3 is much better equipped than other China tablets. Compared to current smartphones, the recording quality, however, is only the lower middle class.

Xiaomi also relies on the in-house MIUI version 3 for the Mi Pad 8, which is already based on Android 7. In comparison to Stock Android, MIUI is a heavily modified system that is nevertheless clearly structured and easy to use. In contrast to its predecessor, the Mi Pad 2, the current Xiaomi tablet is not available as a Windows version!

The advantages of MIUI are the regular updates that Xiaomi delivers, as well as the numerous setting options and useful additional functions. MIUI does not have an app drawer. All installed apps are stored directly on the start screen. Furthermore, the MIUI of the Mi Pad 3 is somewhat trimmed compared to the MIUI for smartphones. Among other things, the extensive theme launcher is missing, so that the user interface cannot be individually adapted. Functions such as the "split screen" mode are also not available.

The user interface convinces with a simple and fast operation. In contrast to the MIUI, which can be found on current Xiaomi smartphones, the tablet MIUI is functionally somewhat cut. Among other things, the extensive theme launcher is missing.

The Mi Pad 3 is compatible with the WiFi protocols 802.11a / b / g / n / ac and can therefore be used in 2.4G and 5G networks. In practice, the tablet impressed with a strong signal connection with a good range and high data throughput rate at the same time. The tablet can only be used on the go with hotspots. A SIM slot for a data connection to the cellular network is missing!

Bluetooth is supported with version 4.0. Here, too, the Xiaomi tablet convinces with an average and stable connection range. The sensory equipment consists of an ambient light sensor, a gyroscope, a magnetometer and a G-sensor. The tablet does not have a GPS module!

On the back there are two stereo speakers that deliver a clear sound even at high volume. However, the position of the loudspeakers is to be criticized. Due to the placement in the lower third of the case, the speakers tend to be covered when holding the tablet. What the sound typically lacks is the bass!

The sound quality via the 3.5 mm headphone jack was also convincing, which is why the tablet is ideal for listening to music or watching movies. Incidentally, the current ones are too  Xiaomi ANC headphones with USB-C connection  compatible.

The Xiaomi Mi Pad 3 is quickly connected in the WLAN. The sensory equipment is not objectionable. The mobility of the tablet is unfortunately limited by the missing SIM slot and the missing GPS. The sound quality over the stereo speaker, as well as the 3.5 mm headphone jack, convinced. 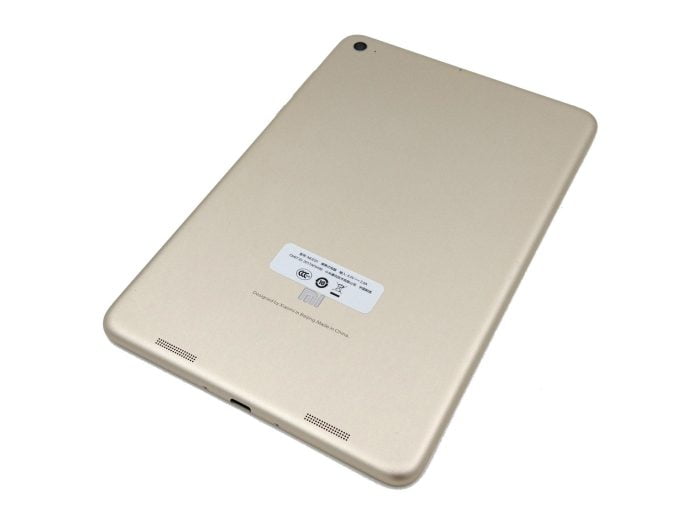 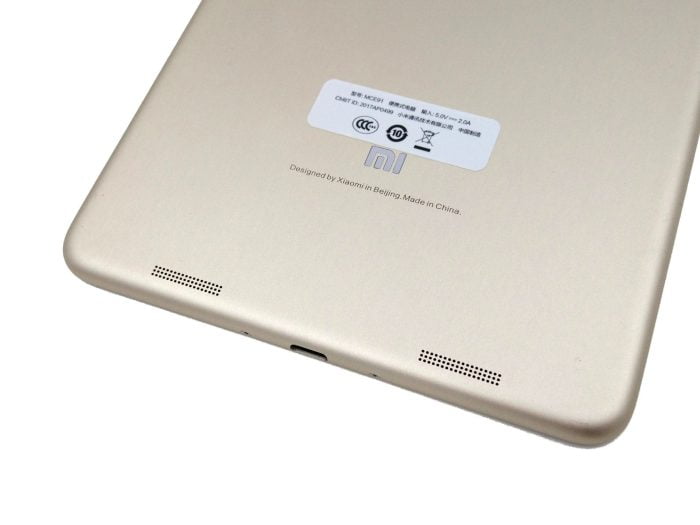 The non-replaceable battery has a capacity of 6400 mAh. In everyday use, the Mi Pad 3 achieves an average screen on time of between 7 and 8 hours. In the benchmark, even more than 8 hours were possible. There is no trace of Quick-Charge - the charging time of the battery with the supplied charger is around 4 hours and 15 minutes.

The Xiaomi Mi Pad 3 is a well-equipped tablet for web browsing, movie watching and occasional gaming, given its price. However, you have to do without an additional memory extension, a SIM slot and a GPS module, which limits the mobility of the tablet. Above all, the high-resolution 2K display, the liquid-operable MIUI and the battery life could convince. 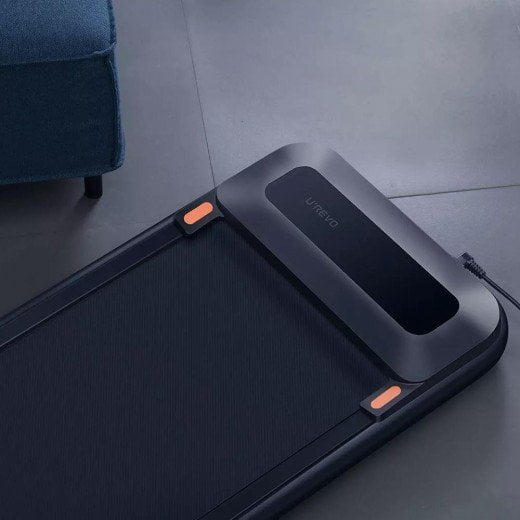 Xiaomi Urevo U1 Product details Exercise is healthy, but in winter we like to let it slide. Who goes in cold or wet weather ...