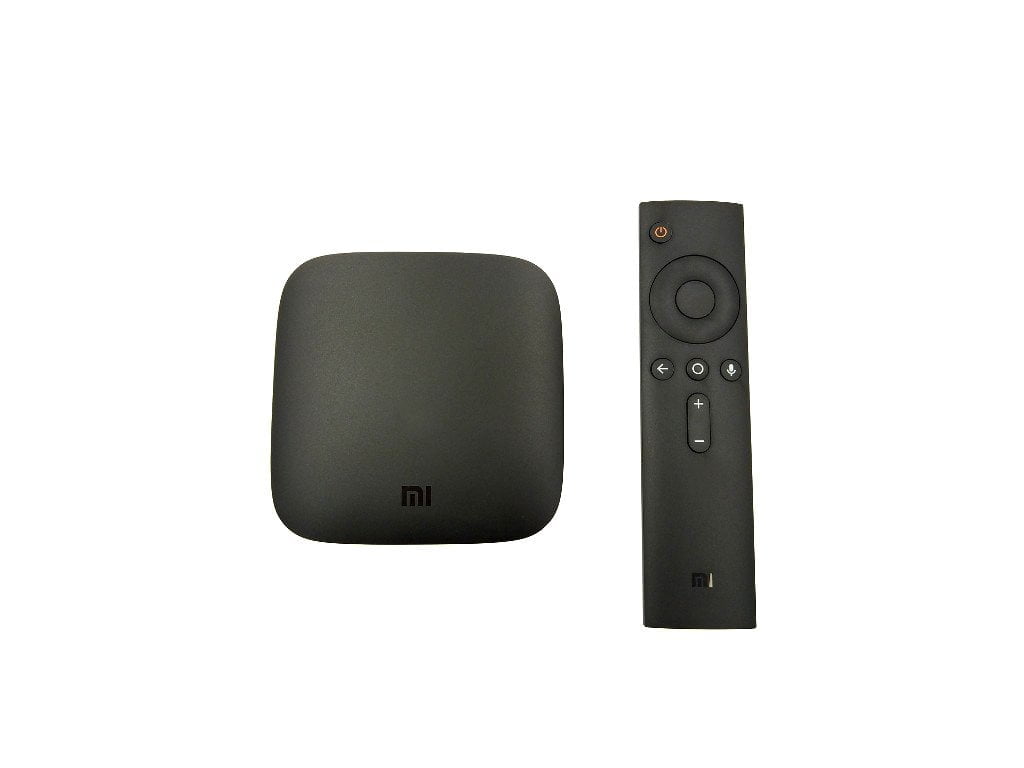 Xiaomi has published a revision of the Mi Box as part of a Google event. We have summarized all further information in a separate article, which you can access via the link below.

Xiaomi announced an international launch of the Mi Box 2016 at Google I / O back in May 3. In the past few months, however, it became more and more apparent that the new Xiaomi TV Box will only appear on the US market for the first time. There the Mi Box is even available from well-known retail chains such as Walmart or Bestbuy. Since December, Xiaomi's TV Box can also be ordered from relevant online shops, so that nothing stands in the way of an import!

The scope of delivery includes (almost) everything that is necessary to use the set top box. In addition to the Mi Box, it also includes a GSP AC / DC power supply with EU plug (5.2V 2.1A), an HMDI cable, a remote control and operating instructions as well as information on the guarantee. The remote control also requires 2 AAA batteries, which are not included in the scope of delivery. 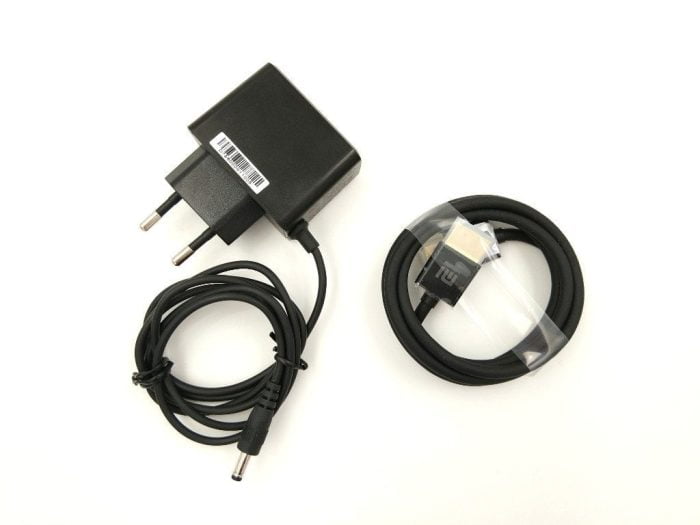 With a size of just 10.1 x 10.1 x 1.95 cm and a weight of 176g, the Mi Box International is one of the most compact set-top boxes and even beats the slightly larger Fire TV. Thanks to the completely matt black and simple plastic housing, the Mi Box can be placed inconspicuously. A rubber ring on the underside of the housing ensures stability. The processing of the box and the accessories are not objectionable.

Inside, a powerful Amlogic S905X processor works with a total of 4 processor cores that clock at up to 2.0 GHz. The device has 6.0.1GB of RAM so that the user interface based on Android 2 can be operated smoothly. The internal memory is rather tight with only 8GB. There is no memory expansion option using an SD memory card. An external hard drive can be connected via the existing USB 2.0 socket. The processor graphics is a Mali-450 GPU. Casual games can be played with this equipment. The wireless transmission takes place via dual band WiFi and Bluetooth 4.0.

All connection options have been placed together. In addition to an input for power supply, there is a USB 2.0 socket, an HDMI 2.0a port and an audio output (S / PDIF / 3.5mm). An ethernet port would have been desirable. 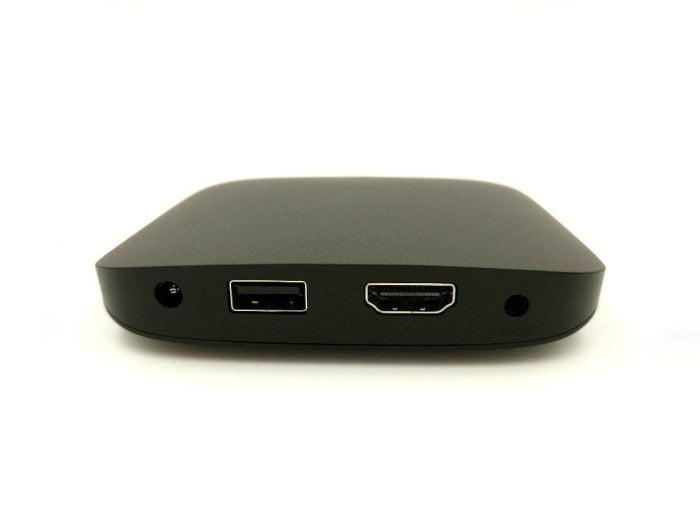 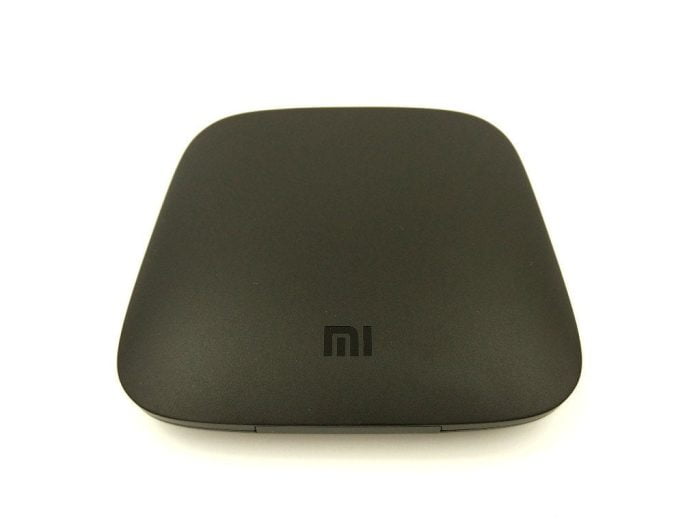 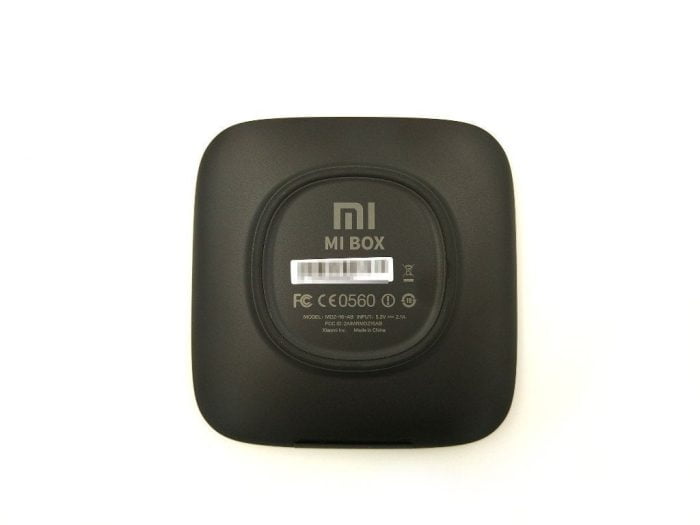 The Mi Box International runs Android TV, which significantly simplifies commissioning compared to the Chinese counterpart of the Mi Box 3, which runs firmware adapted for China. Shortly after the first start, the language can be switched to German. All of the following configuration steps are comprehensible and explained in German. There is a simplified configuration in which all WLAN and Google login data are synchronized via an existing Android device and there is a manual configuration in which the data is entered manually.

Due to the simplified commissioning, our test copy could not be configured, which is why we had to enter all data manually via the remote control. After a connection to the WLAN is established, one is already on the Android TV user interface.

Thanks to the collaboration between Google and Xiaomi, the Mi Box International runs a clean Android TV 6.0.1 without bloatware. An update to Android TV 7.0 Nougat is already being planned and should appear this year.

Android TV is similar to the Android of a smartphone or tablet, but cannot be compared with the “Android” of the numerous no-name TV boxes. Among other things, Widevine Security Level 1 and Play Ready 3.0 are supported, which means that the Mi Box is also compatible with DRM material and apps such as Netflix (4K). Kodi 17 and 18 can also be installed as an alternative user interface. 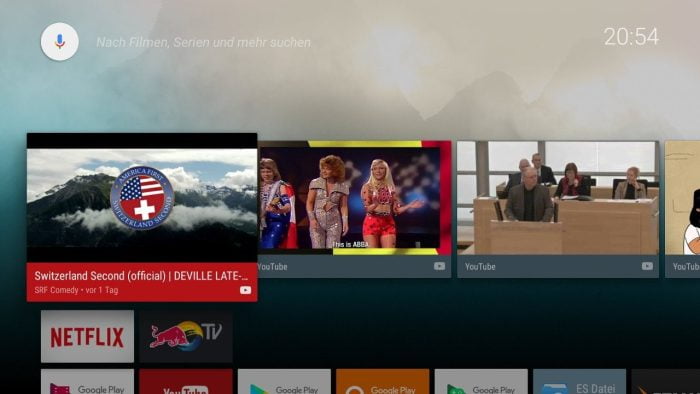 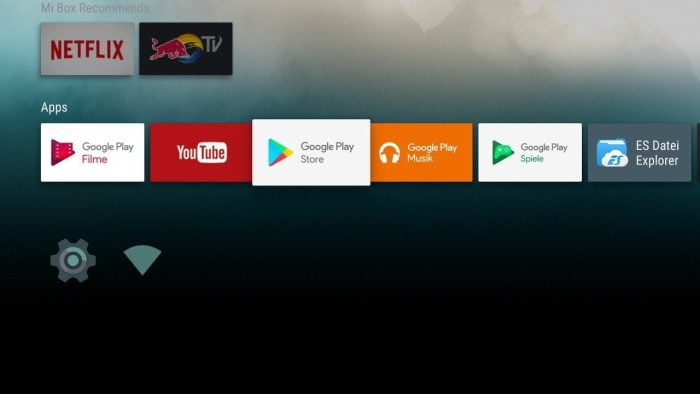 Apps can be downloaded and installed directly from the pre-installed Google PlayStore. All apps that are offered in the adapted PlayStore are tailored to Android TV. For example, apps from various streaming providers, media libraries and even games can be downloaded. If you no longer like an app, you can simply uninstall it via the app management. With Google Cast, the smartphone or tablet can also be connected to the Mi Box very easily. Films, music or other apps can be easily transferred to the television.

The setting options are extensive. Different resolutions and heart numbers can be selected, HDR can be activated or deactivated, there are extended setting options for the display and of course settings for language, search and the Google account can also be made. The Mi Box International OTA receives updates via the WLAN. 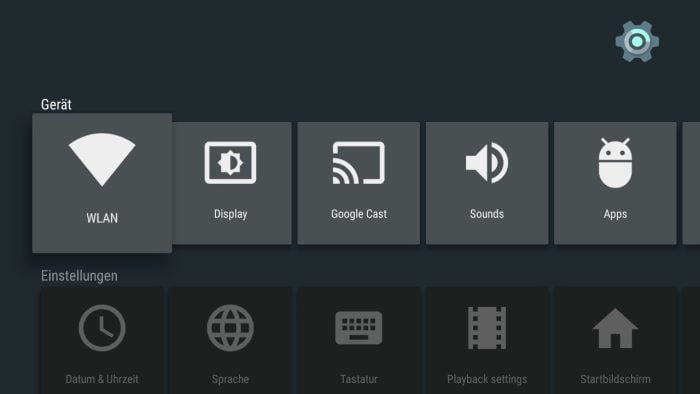 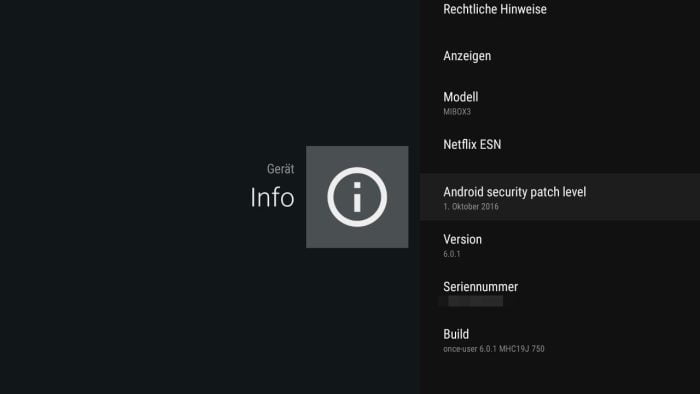 The Mi Box is operated via the supplied Bluetooth remote control. The control is clear and takes place via a few control buttons. 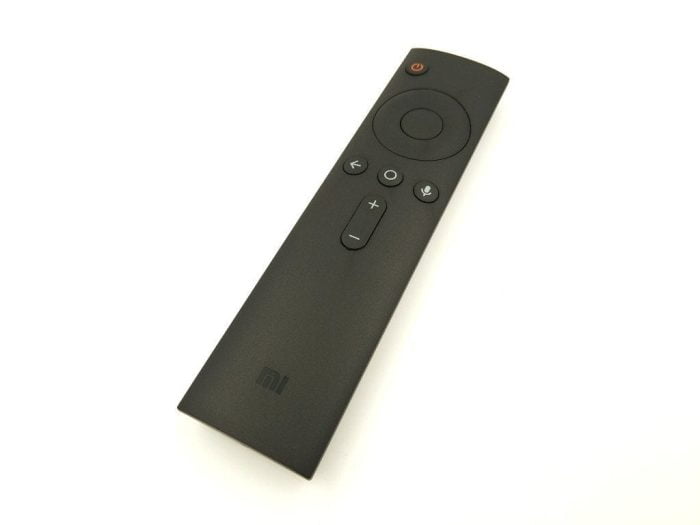 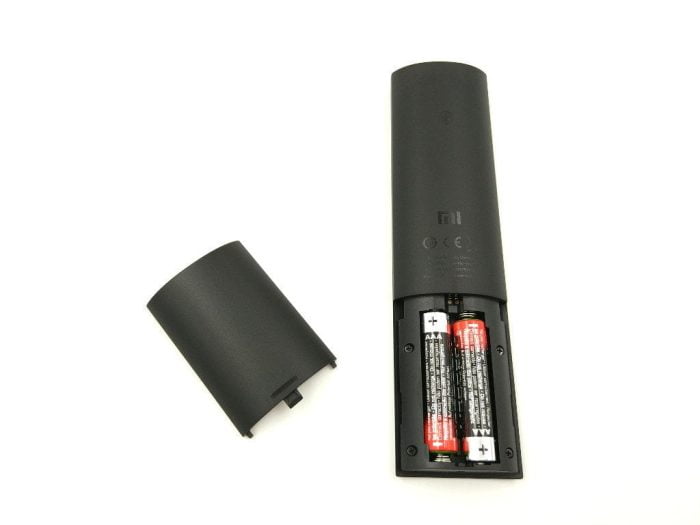 One of the most interesting control options is voice control, for which the remote control is equipped with a microphone. With a short click on the talk button the speech recognition is activated and you can, for example, call up various apps ("start YouTube"), query the weather ("how will the weather be in ...") and even search for films / music and play them directly ( "Search on YouTube for ..."). The accuracy of the speech recognition is flawless. You don't even have to speak directly into the remote control; it is sufficient to hold the remote control loosely in your hand. Complicated words or unusual names were recognized as well as large sentences.

Another control option is the combination of a mouse or keyboard via the USB 2.0 socket or via Bluetooth. For one or the other Android game even a GamePad can be connected.

The Amlogic S4X processor masters high-resolution 905K video recordings with up to 60 frames per second. On the hardware side, H.265 and even VP9 video decoding is supported. The Xiaomi TV Box supports Dolby Digital and DTS for the best possible multi-channel audio performance. The compatibility with HDR video material is also interesting, provided you have an HDR compatible screen and corresponding HDR video material at hand. A big point of criticism, however, is that HDR is supported, but this function will only be implemented with Android 7! The first beta tests for an Android Nougat upgrade are already running.

Another point of criticism is the missing or not working auto frame rate switching. The frame rate and the resolutions are not automatically adapted to the video material being played. The appropriate resolution and the refresh rate must be changed manually in the settings. 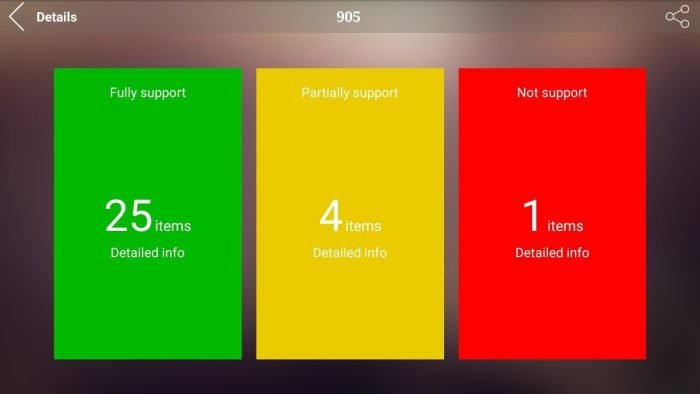 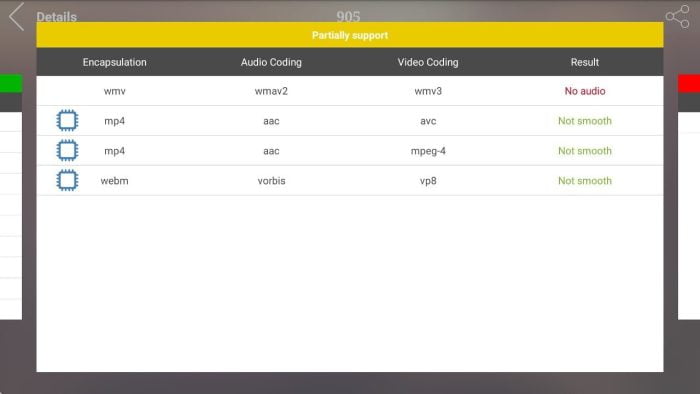 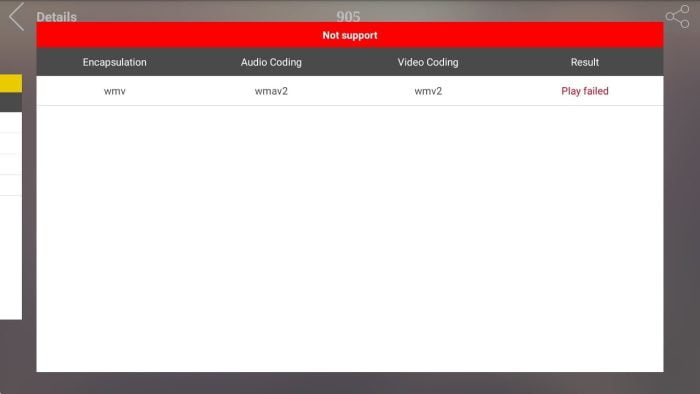 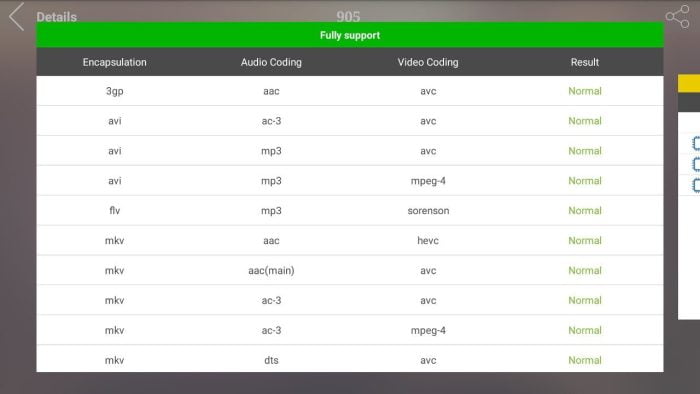 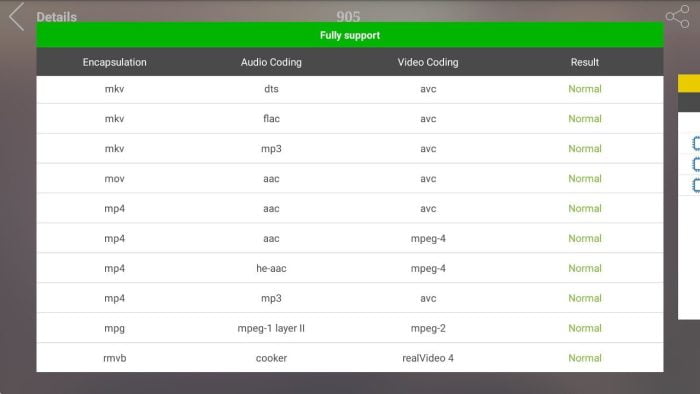 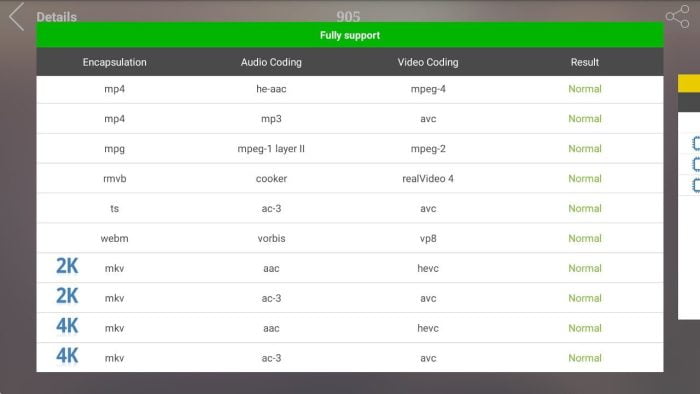 In the test, we chased differently compressed (MPEG2, MPEG4, H.264, H.265 and VP9) video material through the Xiaomi Mi Box International. The video material was played back without loss in both local streaming and direct transmission via an external hard drive. The different audio codecs such as AC3 or DTS HD did not cause any problems either. In 4K video streaming via Netflix, the Mi Box shone with a high-signal WiFi with a high throughput rate. 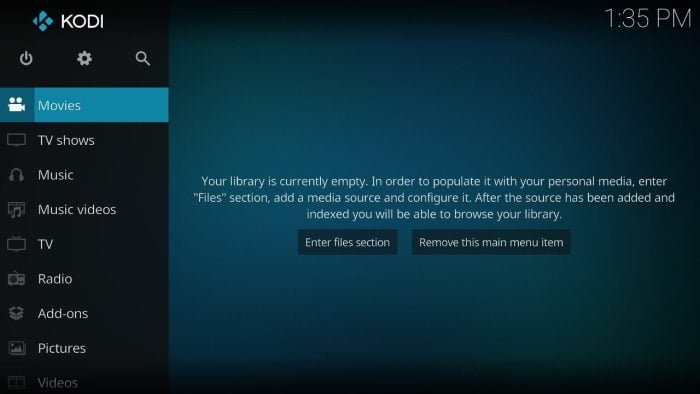 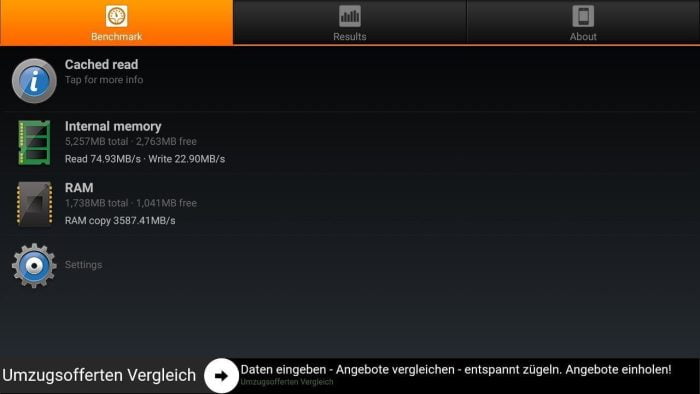 Gaming with the Mi Box

The 3D performance of the Mi Box is sufficient to smoothly display games like Riptide 2 GP2 in Full HD and at 60 frames per second. Also the operation via the connected iPega PG-9025 GamePad was consistently smooth and without delays. The possibility to run different emulators on the TV box is interesting. All Nintendo emulators from NES to N64 run smoothly. 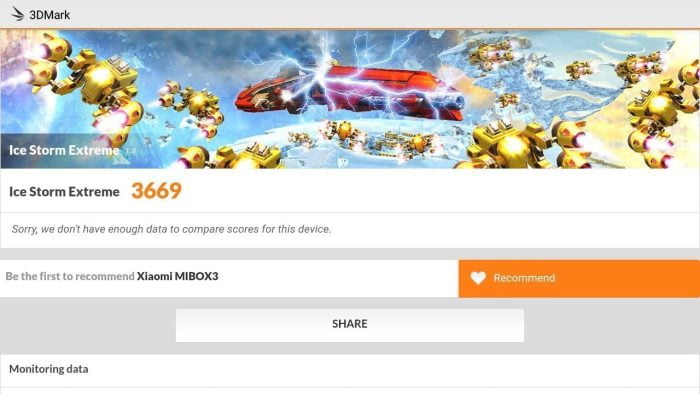 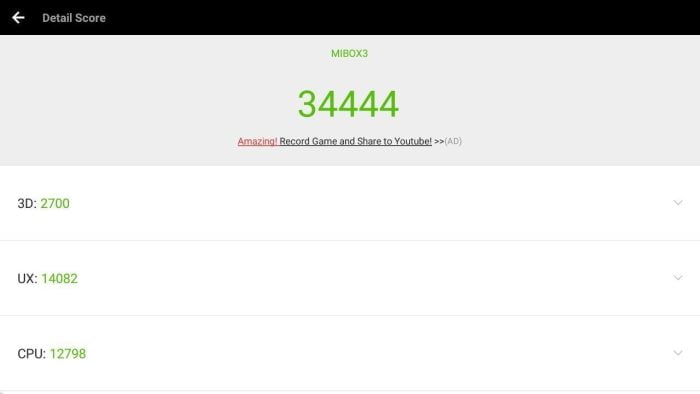 The 3rd generation of the Mi TV Box is divided into an international model with a multilingual user interface, as well as a total of 4 Chinese models (Mi Box 3, Mi Box 3S, Mi Box 3C, Mi Box 3 Enhanced), which are mainly related to the Differentiate hardware equipment. All Chinese models have in common that the language can also be changed to English, but the user interface is intended for the Chinese market and no Google Play Services are preinstalled. 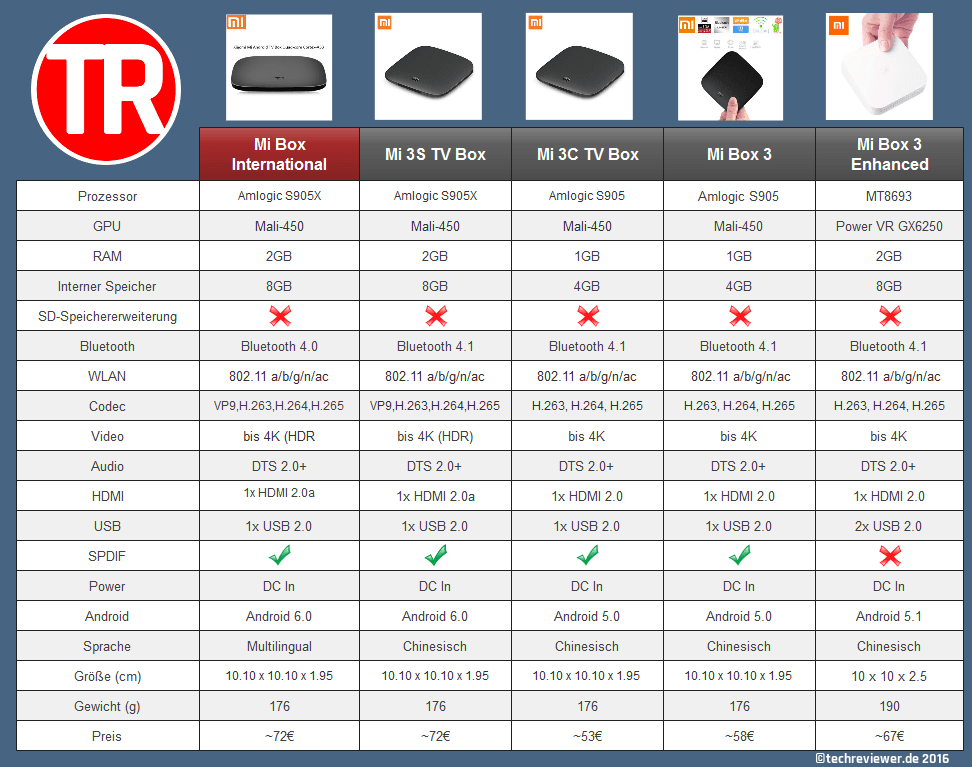 If you still want to buy a Chinese model, you can of course also play the Google Play Store manually on the TV Box. Why you should still prefer to use the Mi Box International, you see in this overview. Like the Chinese top model "Mi Box 3S", the international model offers the same hardware!

No SD memory card slot
No USB 3.0
No ethernet
(Not yet) no HDR
No auto frame switching

Set-top boxes on Android basis are like sand on the sea. The market is fiercely contested and especially against Google's Chromecast or Amazon's Fire TV, it is in this country - the average gas consumer - rather unknown manufacturer like Xiaomi have a hard time. If you compare the products of the market leaders, Xiaomis Mi Box with Android TV and 4K video streaming is an excellent choice, because Amazon Fire TV supports 4K, but does not offer HDR support. Google's Chromecast Ultra, however, offers 4K and HDR, but missed the app support. 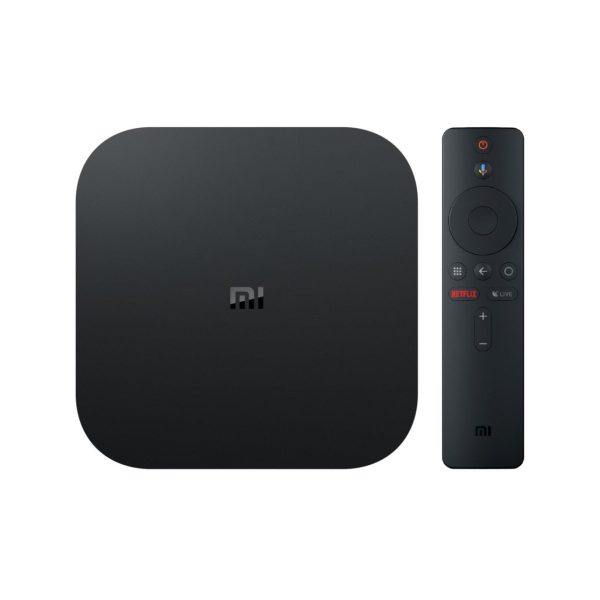 Xiaomi presented the Xiaomi Mi Box S as part of the 2018 Google Keynote. The TV Box is equipped with Android TV 8.1, supports ... 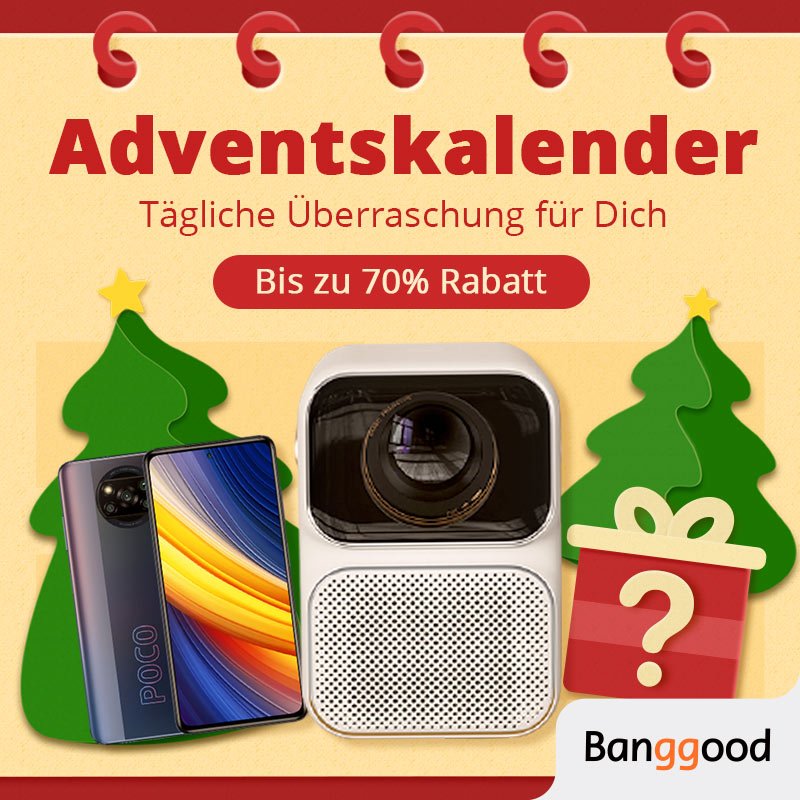