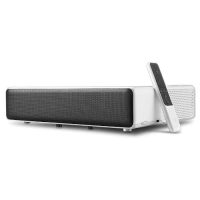 Here is an overview of the offers: With this Banggood offer you can buy the Xiaomi MIJIA 1S laser projector reduced for only 1458 €.
BGacacd4
SHOW COUPON
TO DEAL
100€ Discount
Valid until the end of the promotion

With this Banggood offer you can buy the Xiaomi Mi 4K UHD projector reduced for only 1520 €.
BG117e23
SHOW COUPON
TO DEAL
50€ Discount
Valid until the end of the promotion With this Banggood offer you can buy the Xiaomi MIJIA laser projector reduced for only 1112 €.
BGa0081b
SHOW COUPON
TO DEAL
30€ Discount
Valid until the end of the promotion

Shipping is from the EU warehouse (2-3 working days), so there are no further import fees. You can call up the offer via our deal box. As a suitable screen, we recommend an ALR UST screen, which Banggood has on offer from 292 euros (Link).

What is a laser projector?

Anyone who has never heard of laser projectors will probably think of a laser beam, similar to a laser pointer, that throws the image onto the screen. In fact, laser projectors make use of long-established projection technologies such as LCD or DLP. Only the lamp technology will be replaced. Instead of a lamp, a laser module is used, which is equipped with numerous laser diodes that generate the light beam. The main advantages of a laser projector are a longer service life (~ 5.000 hours vs.> 20.000 hours) of the laser module compared to conventional projection lamps, as well as lower heat emission, which means that the warm-up and cool-down phase is almost zero.

History of the Xiaomi Laser Projector

Over the past few years, Xiaomi has built up and expanded its own home theater division. The starting shot came with the Xiaomi Laser Projector, which was released for the Chinese market in the summer of 2017 and was also the most expensive Xiaomi product at the time at the equivalent of 1300 €. The laser projector also made a small breakthrough in this country as an import. The only catch was and is the Chinese MIUI, which is difficult to adapt for local users.

More than a year later, at the end of 2018, the Xiaomi Laser Beamer appeared in a "Global Version". Instead of the Chinese MIUI, the projector relies on Android TV, which benefits international users. What sounds like a strong advantage over the Chinese model unfortunately also has some disadvantages. The global version manages without a 3D function and offers fewer setting options for the display.

At the beginning of 2019, Xiaomi released a revised model for the Chinese market. As the name suggests, the Xiaomi Laser Projector 4K is a 4K laser projector. Another 0.47 inch DLP DMD chip is installed, but the projector now understands pixel shifting, which creates a (fake) 4K experience. The Laser Projector 4K has not yet been released as a global version and is only available as an import.

All models of the Xiaomi projector

The Xiaomi laser projector is now available in 8 different versions with different manufacturer and model names. The manufacturer of all projectors is "Fengmi Technology Co., Ltd", which was created in 2016 in cooperation between Xiaomi and Appotronics.

Equipment of the Xiaomi Laser Projector

Let's now deal with the equipment of the Xiaomi projector. The projector uses digital light processing projection technology (DLP). The image is digitally projected onto the screen via micromirrors. The maximum resolution of the 0.47 inch DMD chip used here is 1920 x 1080 pixels (Full HD). As a short distance projector or "Short Throw Beamer", the Xiaomi Projector is able to project a particularly large image even at the shortest possible distance. This results in multiple possible uses, such as enabling an appropriate home cinema experience even in the smallest of spaces. The projection ratio is 0.233: 1. The loss-free projection surface is specified by Xiaomi with up to 150 inches.

The laser module used in the projector is based on the "Advanced Laser Phosphor Display 3.0" (ALPD 3.0) technology from Appotronics. This manufacturer is best known on the Asian home theater market and is already one of the largest suppliers of laser technology there. The module consists of GaN-based, blue laser diodes. Primary colors are generated by illuminated color filters. According to Xiaomi, the service life is at least 25.000 hours. The lumen value of the Xiaomi short distance projector is 5.000 ANSI lumens. This value is sufficient to produce a sufficiently bright picture even in a non-darkened room. The NTSC color space is covered with up to 85%, the contrast ratio is 3.000: 1. Keystone correction is possible.

Depending on which model you choose, the projector is equipped with a different user interface. The Chinese Xiaomi Laser Projector uses MIUI TV, based on Android 6.0. The international model again uses Android TV version 8.1. There are also differences in the TV box hardware used.

Similar to the Smart TV function of a television, the Xiaomi Mi Projector is equipped with a dual-band AC WiFi module and Bluetooth 4.0. This allows playback material to be streamed directly to the projector. However, MIUI TV is withheld from the Chinese market. The user interface is entirely in Chinese and works without Google Apps. The Google PlayStore, Netflix, YouTube and other useful apps are missing.

But also the Android TV of the international model is not the yellow of the egg. As already mentioned above, the 3D function is missing and there are fewer setting options for the image. Streaming services such as Netflix and Amazon Prime are also of limited use. Due to the lack of Widevine L1 support, Netflix can only be streamed in SD.

The firmware of the international model and the Chinese model are not compatible with each other. Android TV cannot be flashed to the Chinese model! However, 75% of the Chinese MIUI TV user interface can be translated into English with the help of a Settings app. The following steps are necessary for this:

However, the numerous apps, which are mainly intended for the Chinese market, remain on the system. The Google PayStore can be installed via a sideload.

The Xiaomi Mi Projector is equipped with a total of 4 speakers, which are divided into 2 full-range speakers and 2 tweeters. The system supports DOLBY Audio and DTS HD for cinema-quality sound. The connection options amount to 3 HDMI 2.0 sockets, one of them with ARC support, two USB sockets, one of them USB 3.0 and one USB 2.0, a 3.5 mm audio output, an AV input, a S / PDIF socket and an Ethernet -Rifle.

The dimensions of the projector are 410 × 291 × 88 mm, the weight is 7 kg. To protect the eyes, the Xiaomi projector also has a sensor that detects movements in front of the projection surface and darkens the image. The power consumption is a maximum of 250 watts. According to Xiaomi, the projector consumes less than 0.5 watts in idle. The manufacturer specifies the fan volume as less than 32 dB. The device is delivered including a multifunctional remote control.

The projector is rather unsuitable for projection surfaces> 90 inches in daylight. Enclosed test images, on a conventional 130 inch projection surface in daylight and in the dark. Better results can be achieved with a high-contrast screen (ALR). Such a screen can cost more than 1000 €. 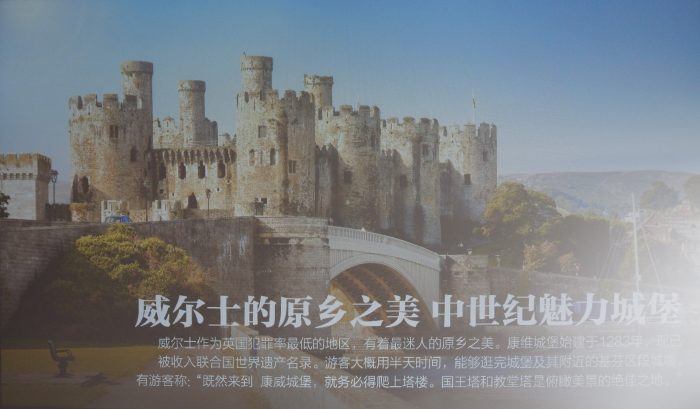 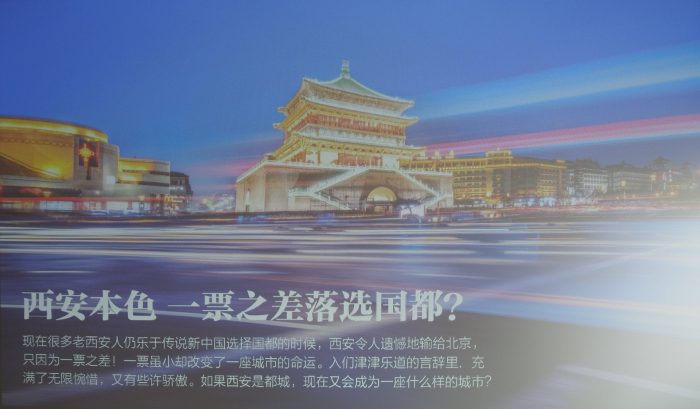 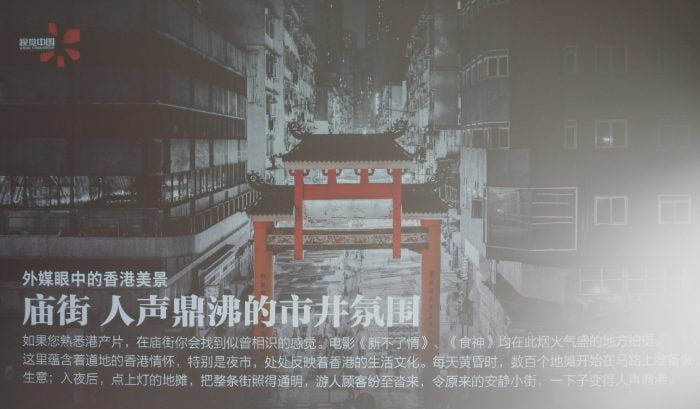 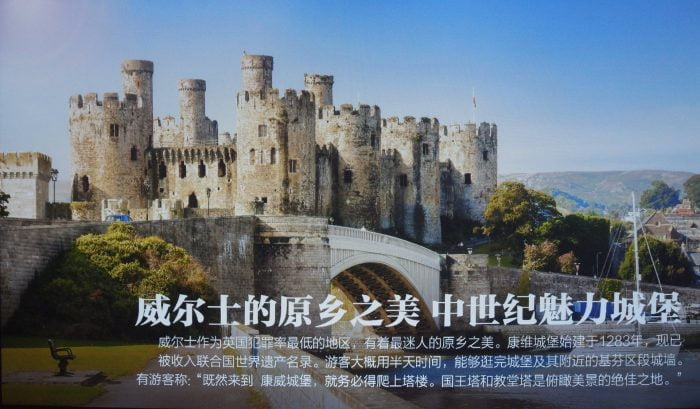 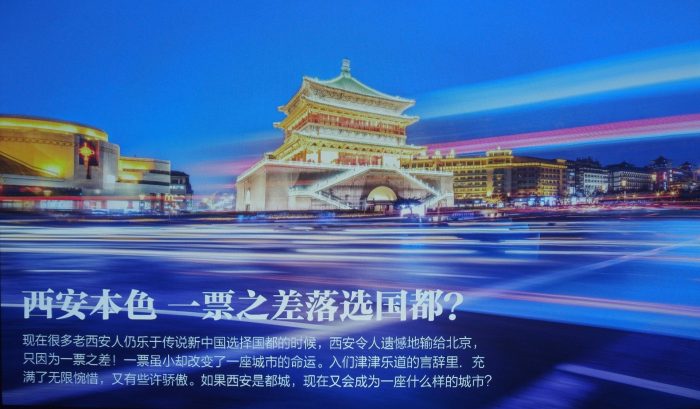 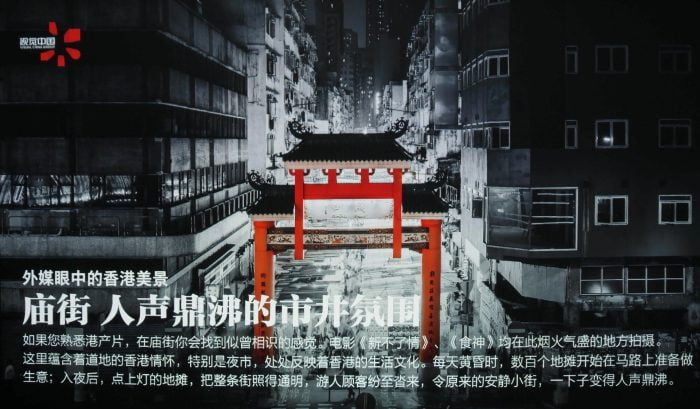 The projector has a native resolution of 1080p with a maximum of 60 Hz. The 4K upscaling works without any problems. Individual pixels can only be seen when viewed very closely. The image sharpness is convincing overall and the distribution of sharpness towards the corners is also not objectionable, even if a slight blurring can be seen. Here is an overview of the distances.

With the factory settings, a lot of blue is mixed in to get a brilliant white. In general, the colors are far from the Rec. 709 standard. From the factory, the Xiaomi projector runs, so to speak, in a shop mode with really bright colors. Image enhancers have a dynamic contrast mode and a dynamic color mode. If you calibrate the projector, you can achieve good results that are only associated with a slight decrease in brightness and contrast. If you don't want to calibrate yourself, you should select the color temperature "Warm" in order to achieve reasonably precise results.

The sound pressure level measured at the laser projector was 42 dB. At a distance of 3 meters, a value of 27 dB was measured. The volume is acceptable. In quiet movies, the fans of the beamer are indeed heard through a high-pitched hum, but at normal playback volume, the hum is largely submerged.

The menu navigation is a bit clumsy, as only 75% of the Chinese can be translated using a Settings.apk. But you get used to it very quickly. The Smart TV function is mainly aimed at the Chinese user. Android apps can be installed by sideloading. Netflix is ​​not supported. Kodi runs up to version 17.4, the Kodi Fork SPMC can run including version 17.6 Alpha 2. The integrated media player is very good. It plays pretty much everything! Connecting a Chromecast, Apple TV or any other TV box to the Xiaomi Laser Projector is no problem.

It is now also possible to root the projector. At the XDA-Developers (Link) resourceful developers have released the Mi ProjecTivy Tools, which add useful functions to the Xiaomi laser projector. The OSD is built into MIUI TV. There are setting options for keystone correction (4-fold and 8-fold), the manual focus and the display (projection mode and color mode). There is no such thing as an intermediate image calculation. The only image enhancers are the aforementioned dynamic contrast mode and dynamic color mode. 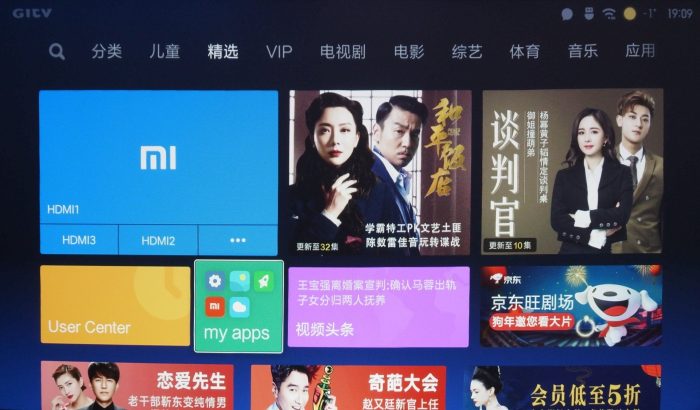 Ceiling mounting is possible. There are threads for a bracket. The image can be rotated 180 ° within the settings, i.e. turned upside down (flip mode). It is also possible to project the image mirrored (Mirror) and both combined, i.e. rotated and mirrored (Flip & Mirror). 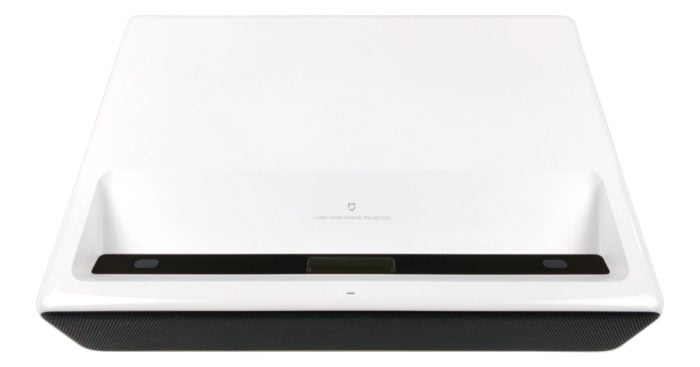 The projector (China model only!) Supports the 3D DLP-Link format. The display is pleasantly calm and bright. Ghosting does not occur. A change between SBS-H / TAB / FP is possible via the OSD.

The Xiaomi Laser Projector is less suitable for gaming. The input lag is clearly noticeable at more than 65 ms. There is a special gaming mode, but this is only an additional display profile. Image enhancers are not automatically switched off in this mode.

The power consumption measured in "normal" mode is 180 watts. In the "Cinema" and "Highlight" modes, the consumption increases to more than 210 watts. The stand-by consumption is an acceptable 17 watts.

With the Xiaomi Mi Laser Projector, Xiaomi presents a well thought-out product with decent equipment at a low price. Comparable short-distance projectors are hardly available in Germany below € 1300. I really like the simple design, the overall good picture quality and the very good sound of the Dolby speaker system. Points are deducted for the volume of the fan. Although this is just acceptable, it is quite distracting in quiet scenes.

What you should pay attention to before buying are the different models of the Xiaomi Laser Projector. If you choose the Chinese model, you get the Chinese MIUI TV instead of Android TV. But the projector supports 3D DLP link, which is unfortunately missing in the international model. It is recommended to import the Chinese model and use it with an external TV box. Because even the international model with Android TV has problems with relevant streaming services such as Netflix or Amazon Prime due to a lack of DRM management. 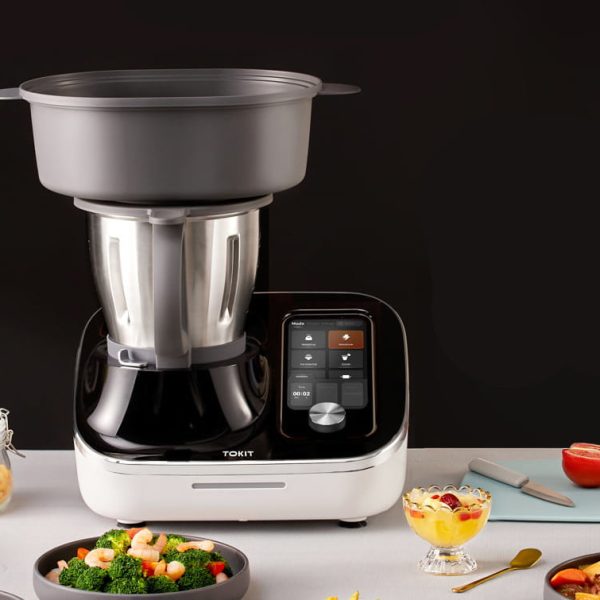