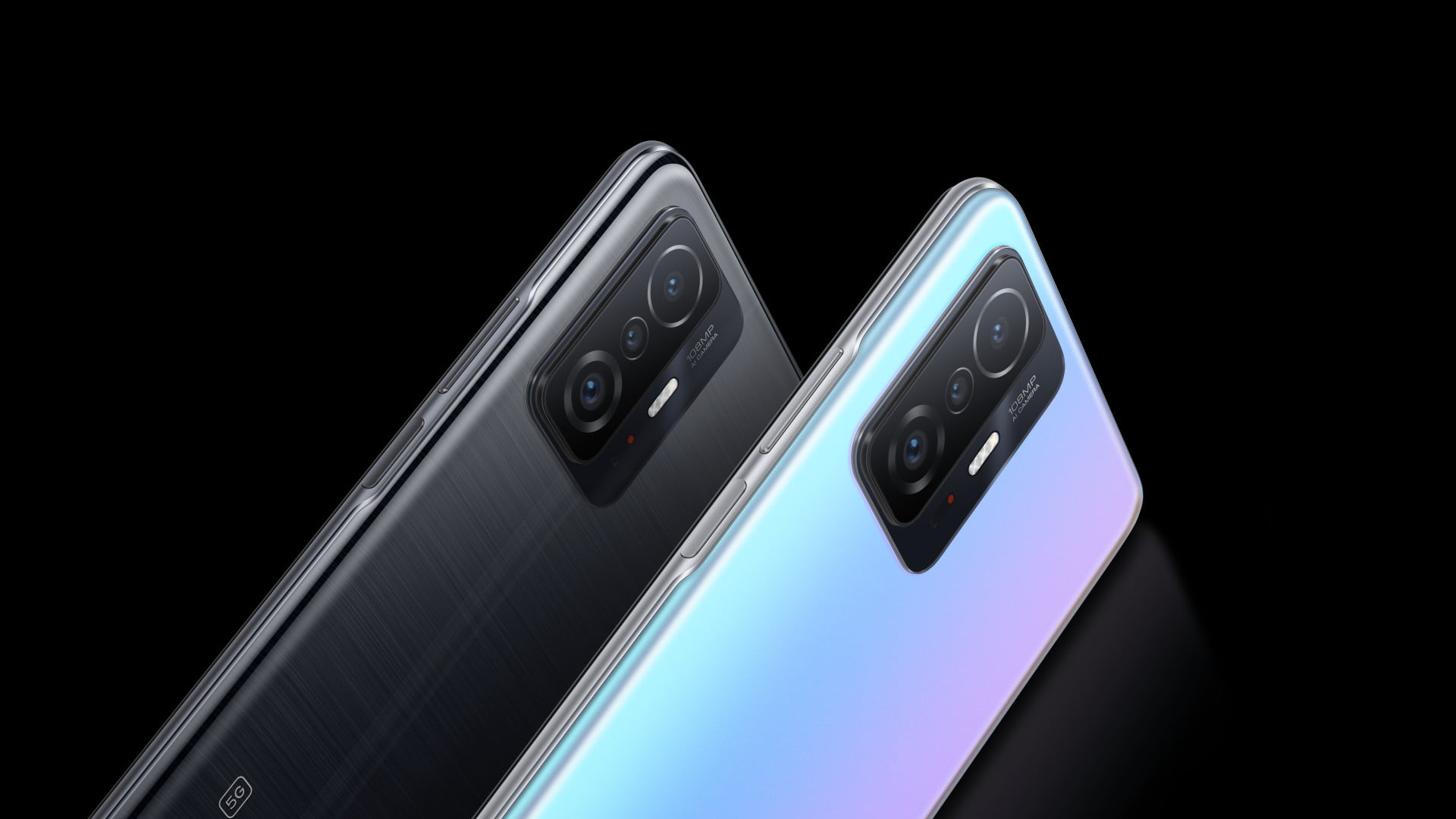 The Xiaomi 11T Pro offers pretty much everything a current high-end device has to offer. Based on the currently most powerful yet efficient Qualcomm Snapdragon 888 mobile platform, the Xiaomi 11T Pro is well equipped for the long term.

What an event! Xiaomi has once again proven that it is one of the big players. In the spirit of "Cinemagic", the new Xiaomi 11T Series has been presented to the global market.

If you like the new Xiaomi 11T Pro or Xiaomi 11T, we also have the right offer for you.

The Xiaomi 11T Pro is available in the Xiaomi Mi Store on Aliexpress at the Early Bird price of only 599 euros. In addition, the first 500 buyers will receive a Xiaomi Mi Watch for free.

The Xiaomi 11T is available there from 449 euros. Here, too, the first 500 buyers receive a Xiaomi Mi Watch Lite as a free gift.

Various EU warehouses are available for fast and smooth shipping.

A lot of power with the Snapdragon 888 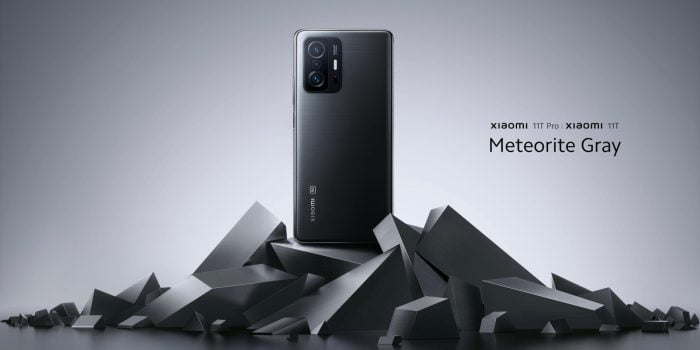 With everyday tasks you are guaranteed not to be slowed down. But mobile gamers also get their money's worth. The Adreno 660 GPU is up to all current mobile games and enables smooth gaming at a high level of detail. 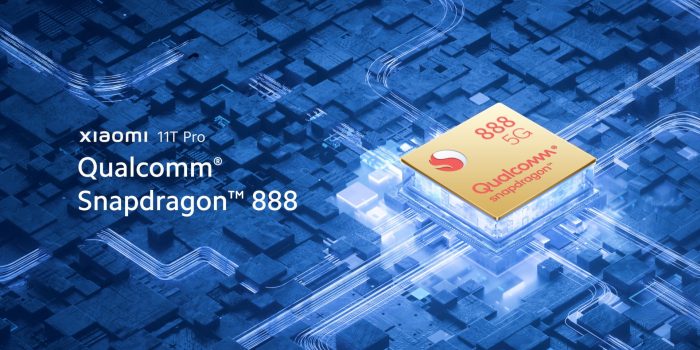 You can also travel quickly in the cellular network. Equipped with a Snapdragon X60 5G modem, the Xiaomi 11T Pro supports fast 5G cellular communications. Even on both SIM slots, because the smartphone is dual 5G compatible. Up-to-date WiFi 6 ensures the right performance boost in WiFi. NFC for mobile payment (Google Pay) is of course also on board.

The 6,67 “AMOLED DotDisplay continues to be very promising. Essential properties are a high 120 Hz refresh rate, a display brightness of up to 1.000 nits and a razor-sharp 2400 x 1080 pixel resolution. Particularly durable Corning Gorilla Glass Victus protects the display from scratches and breaks.

The AMOLED display type ensures crisp color display with more than a billion colors (TrueColor technology) and an almost infinite contrast ratio of 5.000.000: 1. An adaptive 120 Hz refresh rate can be expected from every high-end smartphone these days. Where scrolling and swiping are part of everyday life, content is displayed particularly smoothly thanks to the 120 Hz. By the way, you never want to go back to a 60 Hz display afterwards! 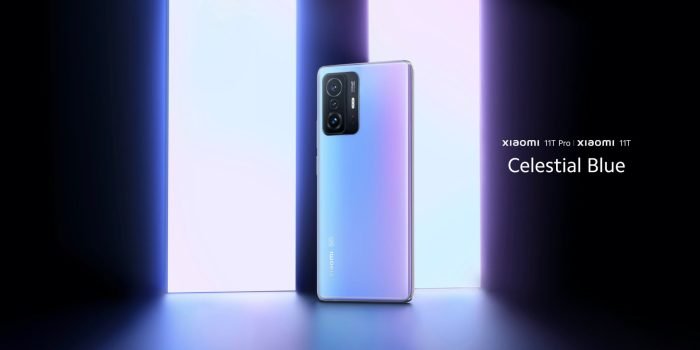 The 20: 9 aspect ratio, calibration to the DCI-P3 color space and support for HDR10 + offer added value, especially when displaying films. Of course, the sound shouldn't be neglected in a perfect cinema experience. As with the Xiaomi Mi 11, a stereo speaker with SOUND BY Harman Kardon and Dolby Atmos is used. 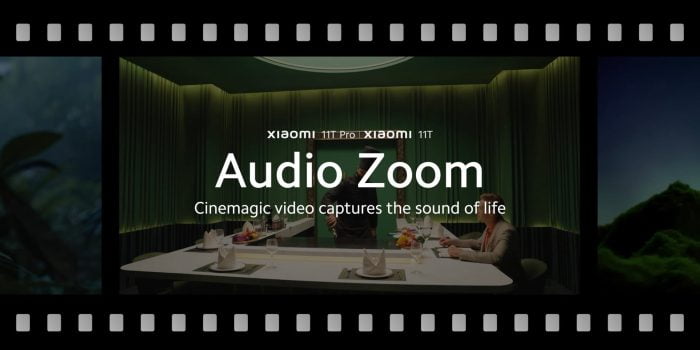 The ISP (Image Signal Processor) of the Snapdragon 888 gives Xiaomi new leeway, especially with the camera AI. Key features are AI-supported photo and video effects, high-resolution 4K HDR10 + film recordings and functions such as night mode 2.0, which enables razor-sharp photos even in poor lighting conditions. The camera even records videos in up to 8K!

Last but not least, the 120W Xiaomi HyperCharge fast charging technology should be mentioned. The 17 mAh dual-cell battery can be fully charged in just 5000 minutes. A wide range of safety precautions (34 pieces) prevent the smartphone from overheating while charging. Wireless Qi charging unfortunately didn't make it into the Xiaomi 11T Pro.

The Xiaomi 11T is the slightly slimmed-down version of the Xiaomi 11T Pro. Essentially, the two models differ in terms of the built-in mobile platform. Instead of the Qualcomm Snapdragon 888, the Xiaomi 11T has installed a MediaTek Dimensity 1200 Ultra. 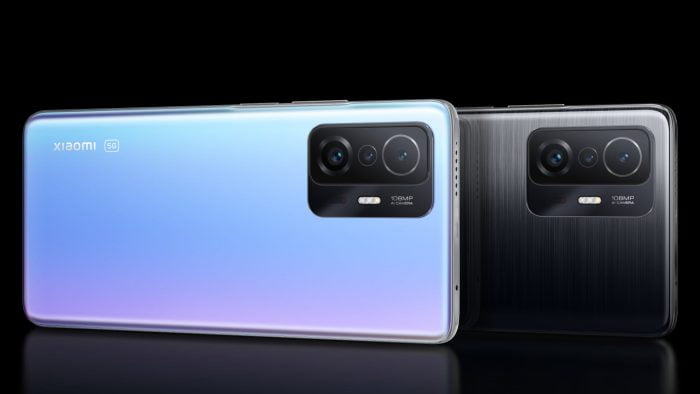 Although the Dimensity 1200 Ultra also falls into the category of high-end mobile platforms, the performance of the 8-core chip with Mali-G77 MC9 GPU does not quite come close to that of the Snapdragon 888. The memory is based on 8GB LPDDR4X RAM and a 128GB or 256GB UFS3.1 data memory. Nevertheless, the smartphone can cope with everyday tasks and current mobile games. Fortunately, faster 5G mobile communications, WiFi 6 and NFC are supported.

Except for a few features, the displays of both models are identical. The display is of the AMOLED type, has a diagonal of 6,67 “and has a resolution of 2400 x 1080 pixels. The savings are in the details. You only have to do without Dolby Vision, MEMC and DisplayMate A + certification. The Xiaomi 11T also has a stereo speaker, but there is no SOUND BY Harman Kardon. 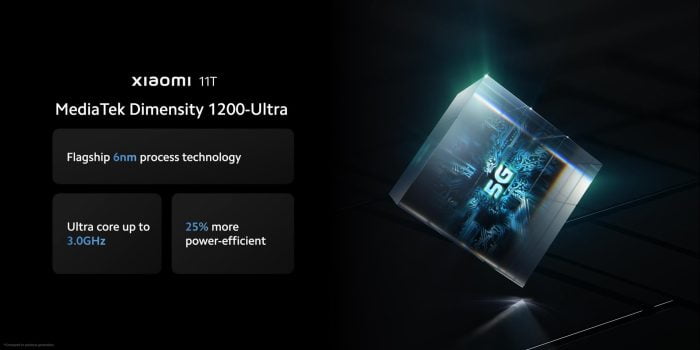 On the back there is also a triple camera with a 108 MP main sensor, 8 MP ultra wide angle camera and 5 MP tele macro camera. The selfie camera has a resolution of 16 MP. The sensor technology is probably identical to that of its big brother. Despite differences in ISP, camera and video AI effects are supported. How the two smartphones differ in terms of recording quality must be found out in a comparison test.

Then we still have the 5000 mAh battery of the Xiaomi 11T. The difference to the Pro model lies in the fast charging technology. Instead of up to 120W, the Xiaomi 11T can "only" be charged quickly with up to 67W. A complete charging process takes 36 minutes.

The Xiaomi 11T Pro and Xiaomi 11T will both be released on October 01st. The prices differ depending on the memory configuration.

How do you like the new Xiaomi 11T Series? Would you be interested in a review of the Xiaomi 11T Pro or 11T? Let us know in the comments!