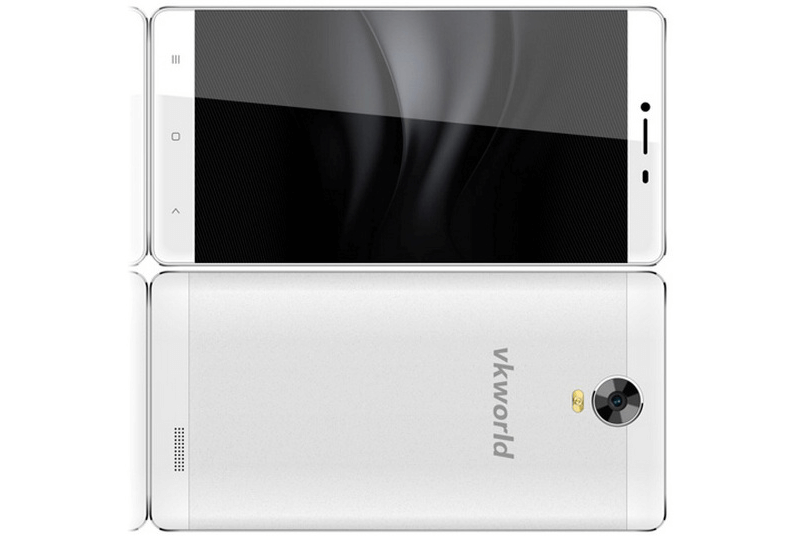 by Timo12. February 2016
Preview of the Vkworld T1 smartphone

According to rumors, the relatively unknown Chinese smartphone manufacturer "Vkworld" would soon like to introduce a new model called "Vkworld T1". The Vkworld T1 should be there without bezel, ie without the usual black frame to the display, get along. The 2.5D Curved Glass IPS Display has a diagonal of 6 inch and offers one FullHD (1920 × 1080) Resolution. The ratio of the image area to the housing (Screen-to-Body) is proud 83%.

Other sepifications that are known so far amount to one 4.500mAh battery and Hybrid dual SIM Ability. A hybrid SIM slot means that in this case a slot can be used either as a SIM slot, or you can use this slot for memory expansion using a micro SD card. Data on the processor, the memory or the cameras have not yet leaked. Also, it is not known with which Android version the Vkworld T1 is delivered. Guesses are very strong on a combination of a Mediatek processor and Android 5.1 close.

The Vkworld T1 will be available in the colors Rose Gold and White. A release in late February 2016 seems quite possible.