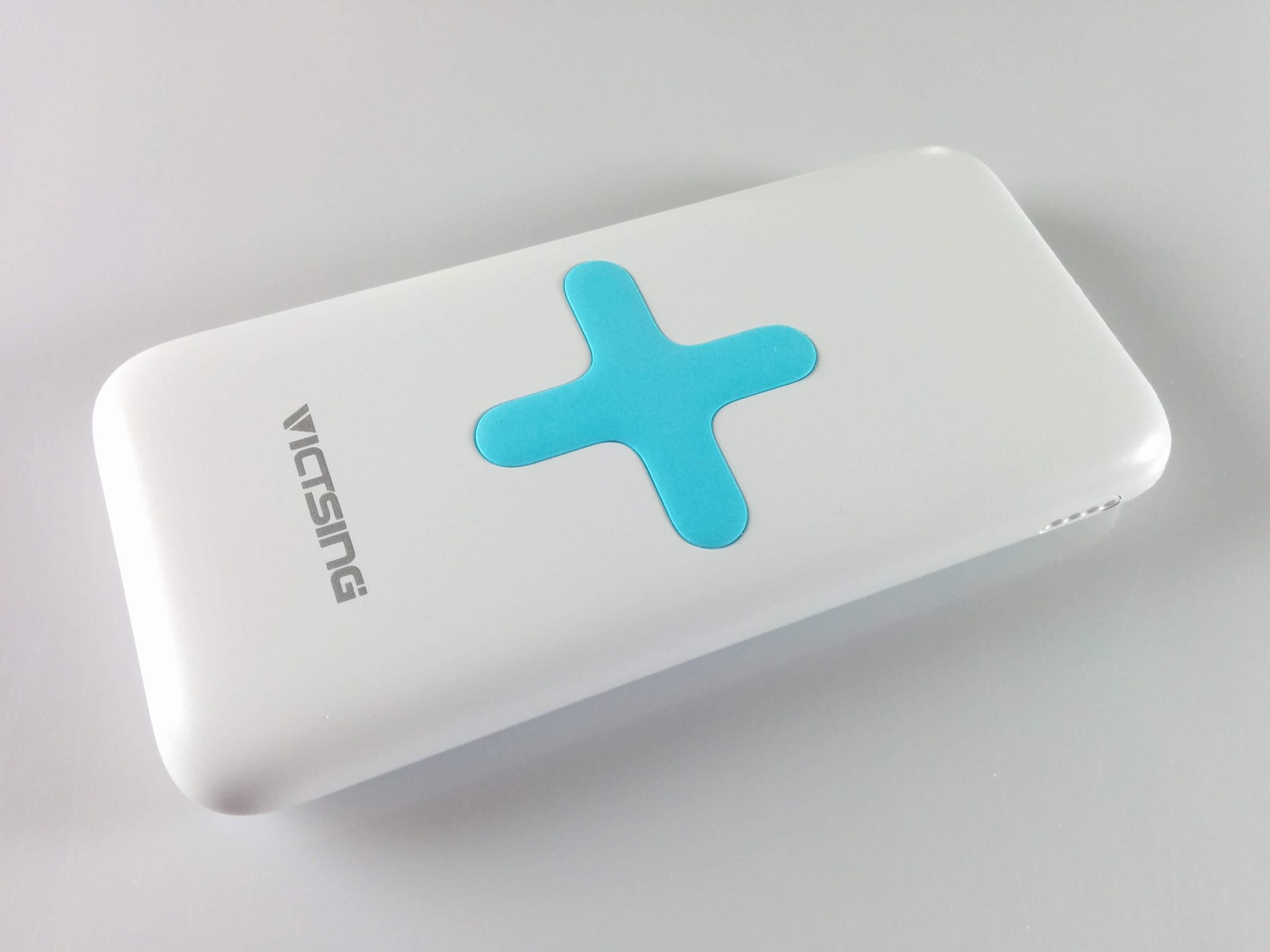 The 14.5x7x1.5cm power bank was delivered plus an English operating manual and a micro USB charging cable. The workmanship is neat and the white housing with the turquoise anti-slip pad in the middle is also extremely appealing. The VicTsing Qi wireless charger has two USB charging sockets (Out), a micro USB socket (In), a power button and an LED charging indicator above. A four-level capacity display is also attached to the side. The charging sockets are a fast charging socket with 5V 2A and a slower one with 5V 1A. The input is 5V 2A. The capacity of the power bank is 7.000mAh. 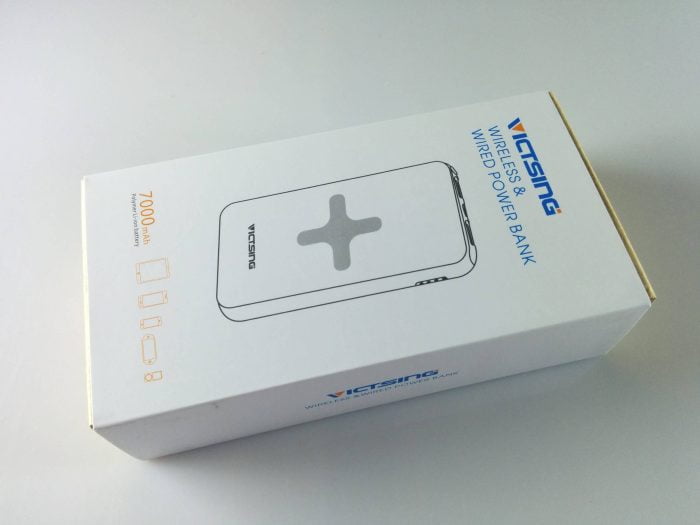 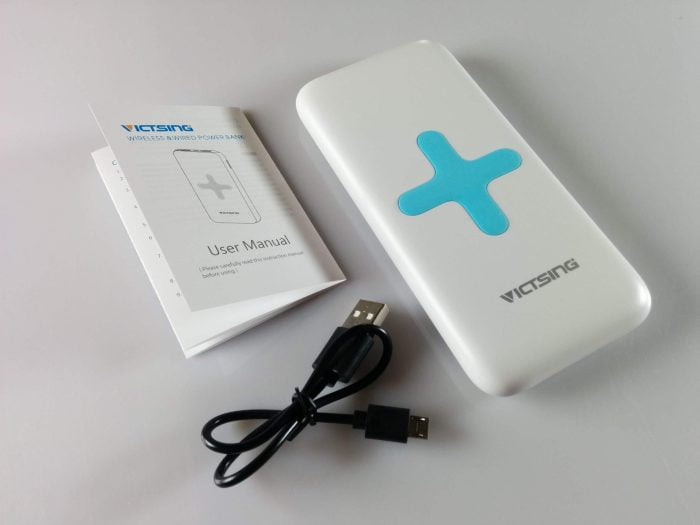 The VicTsing Qi charging station was convincing in the field test. A complete recharge of the device took about 4 hours. From the 7.000mAh given by VicTsing, I was able to get about 4.700mAh in the test. This value is not unusual, because when converting to the USB voltage, you can expect a loss of over 30% of the specified capacity. I was able to charge a Nexus 5 completely with the VicTsing Powerbank about 2x.

The Qi or wireless charging function also worked well. Despite a slightly thicker shell my Nexus 5 was recognized directly. However, the output current was only about 500-600 milliamps.

Incidentally, the powerbank was not too hot during both charging attempts! Class is also the capacity indicator, but also the power button and load indicator is quite an advantage. Thus, the charging station and Qi transmitter is activated only after switching on and you can see at the same time whether the transmitter is turned on at all. 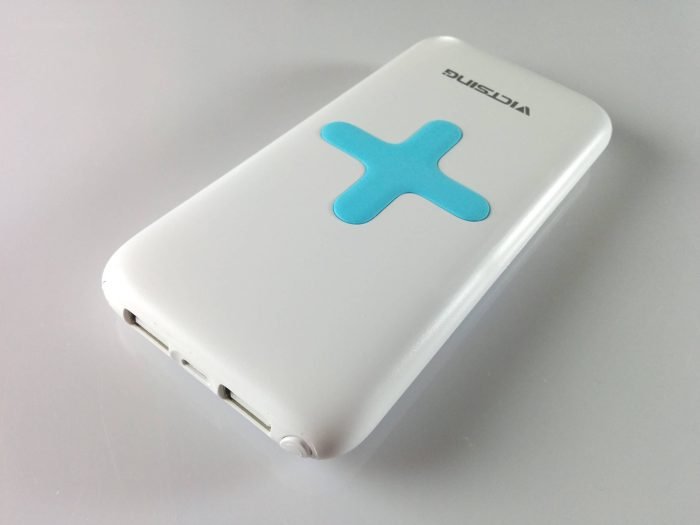 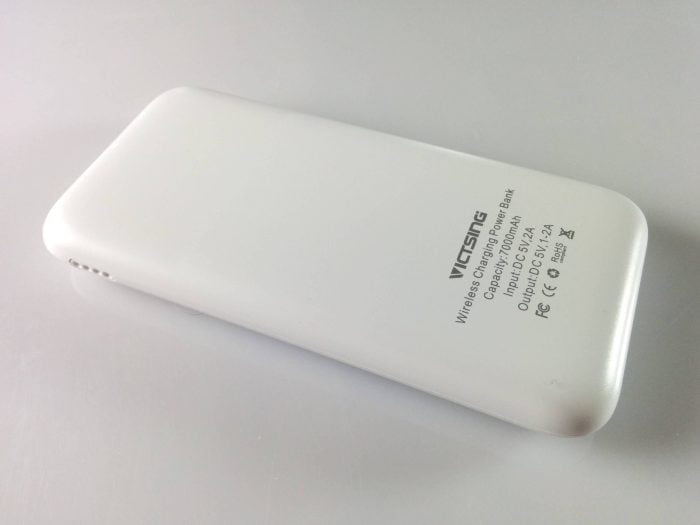 Over 30% loss of capacity

Not only does the VicTsing Wireless Powerbank or Charging Station look great, but charging with this combination of wireless charger and battery is also interesting for those with a Qi-enabled smartphone. Although the power bank is comparatively expensive, it also saves the purchase of such a wireless charging station. One should really make sure that you have a compatible device before you buy. If you want to use this gadget only as a power bank, you should resort to one of the many much cheaper alternatives.