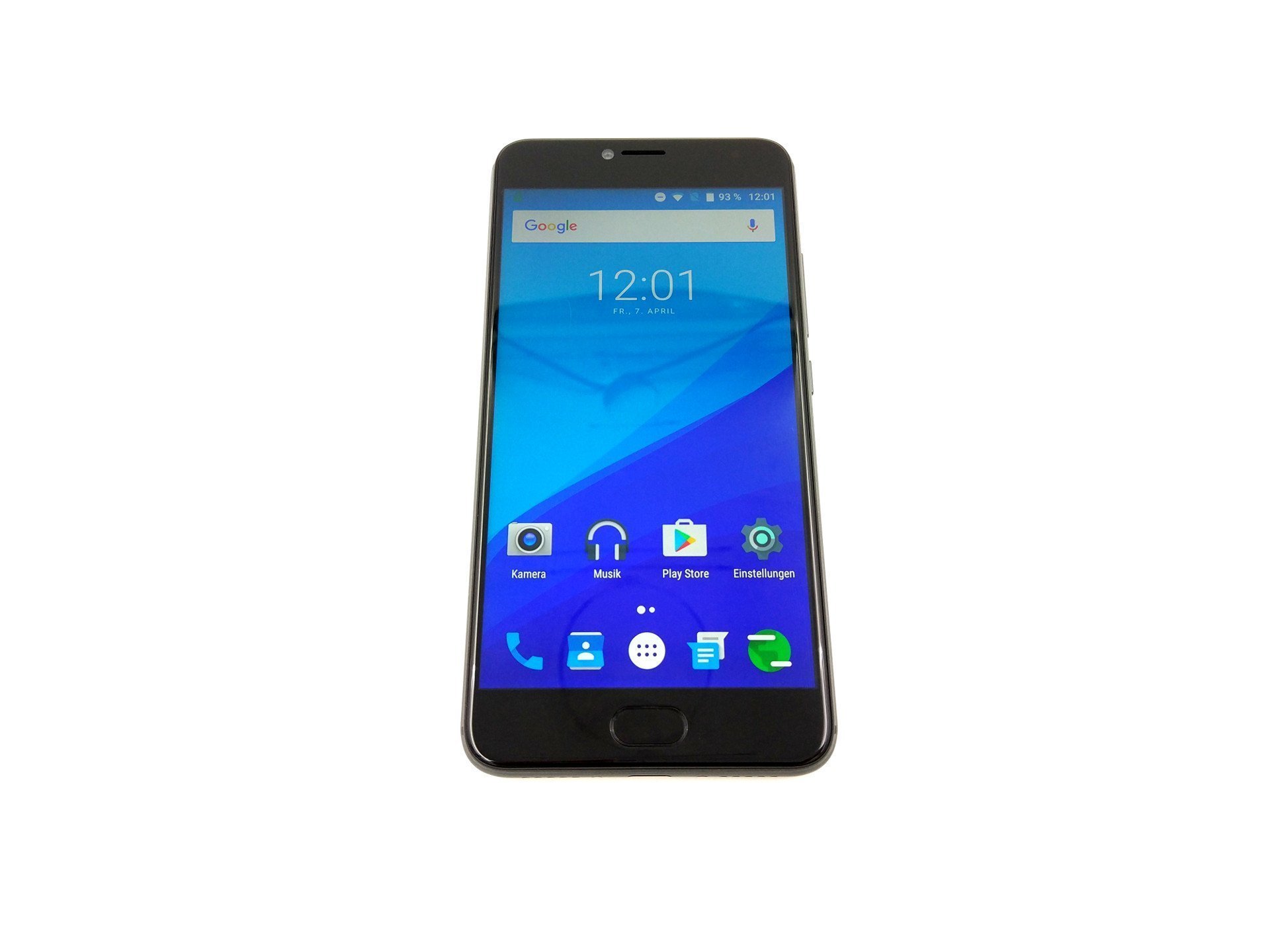 Like the model, the UMIDIGI Z Pro is delivered in a practical metal box without the addition of Pro. There are no differences in the scope of delivery either. In addition to the smartphone, it also includes a Pump Express charger, a cool USB Type-C cable, multilingual operating instructions and a SIM needle. 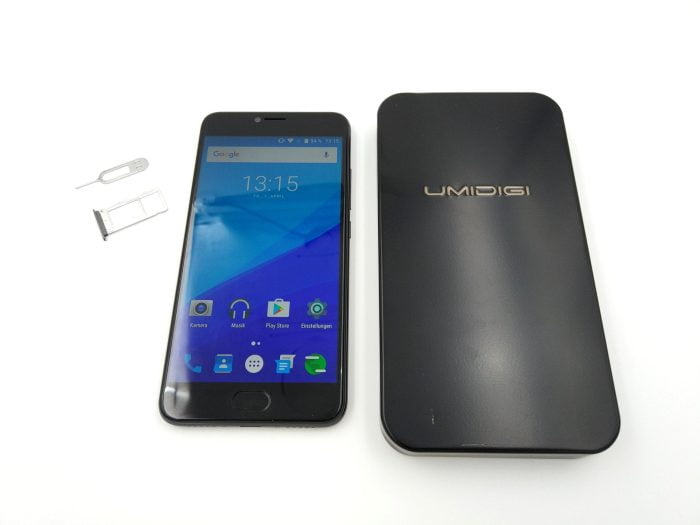 As with the scope of delivery, UMIDIGI also remains true to the design. The UMIDIGI Z Pro impresses with a sleek unibody metal housing in a cool anthracite look. Because of the unibody housing, the back is not removable, which is why the battery cannot be replaced easily. The SIM slot is on the left side of the housing. Either two nano SIM cards or one nano SIM card with an additional micro SD memory card can be inserted here. If you inevitably need the memory expansion, you have to do without the dual SIM function of the smartphone because of the hybrid slot! 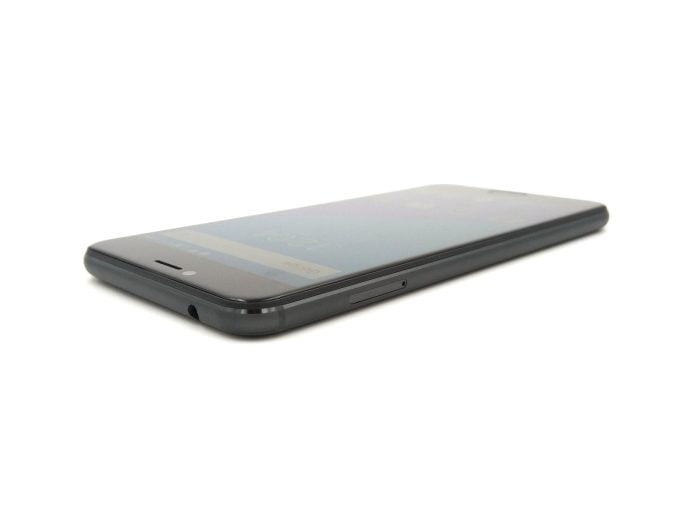 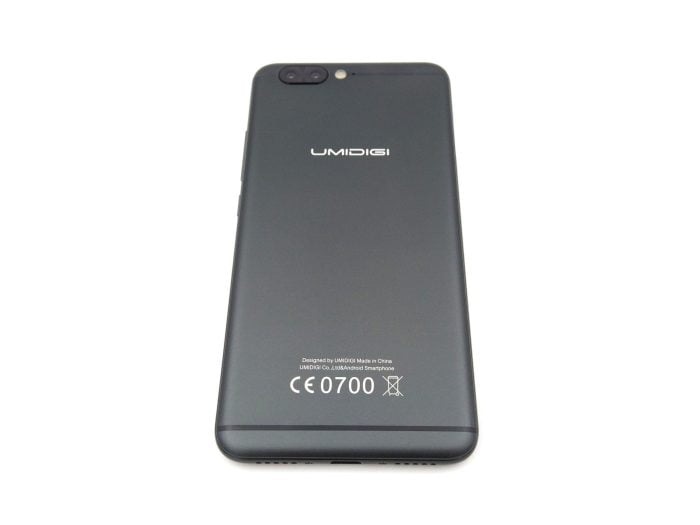 Another design feature is the capacitive home button on the front, which also contains the fingerprint scanner. Two more capacitive control buttons are located to the left and right of the home button. Unfortunately, these control buttons are not illuminated. The physical volume rocker and the power button are located on the right side of the case. There are no other design elements that would distinguish the UMIDIGI Z Pro from other smartphones.

Unfortunately UMi or UMIDIGI was never known for high quality workmanship. The UMIDIGI Z Pro, on the other hand, shines with its solid workmanship. The entire case is clean and processed without any gaps or deviations. The control buttons are tight and don't rustle even when you move quickly. 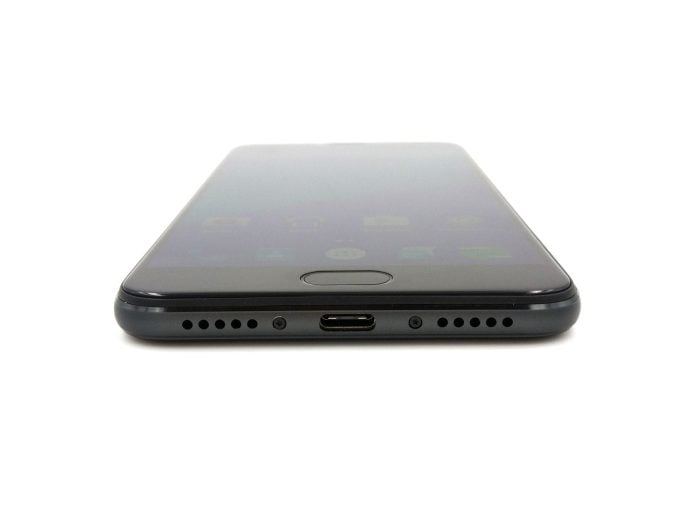 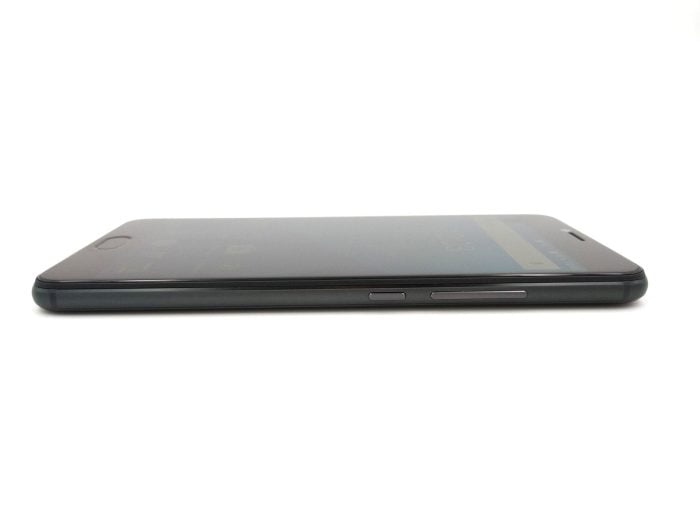 The smartphone uses a Full HD Sharp IGZO display with a diagonal of 5.5 inches. The higher electron mobility of the “indium-gallium-zinc-oxide” (IGZO) display means that higher reaction speeds are achieved, which largely avoids a “dragging effect”. The display covers the NTSC color space with up to 95%. UMIDIGI uses what is known as "Dragontrail Glass" as a screen protector.

The UMIDIGI Z Pro's display does well in practice, but it is not perfect. The color reproduction is comparatively cool. Within the display settings there is the possibility of individually adapting the color display via “MiraVision” or the “Color Temperature” option. What is also noticeable is a slight "backlight bleedling" on the upper and lower edge of the display. If, for example, very dark content is displayed, an uneven brightness curve becomes noticeable. The UMIDIGI Z Pro can convince with its viewing angle stability and display sharpness. Even at extreme viewing angles, the colors are displayed unadulterated and fonts remain legible.

The maximum display brightness is average. It is difficult to read content well in strong sunshine, as the display is extremely reflective and very susceptible to fingerprints. The accuracy of the touchscreen is good. There was no ghosting or incorrect detection in the test. Multitouch is supported with a maximum of 5 simultaneous inputs. 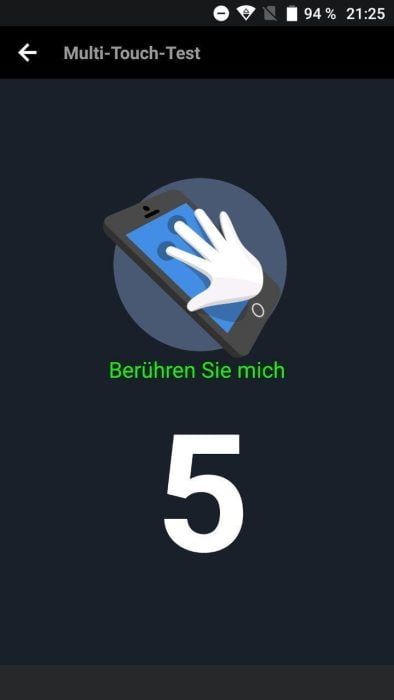 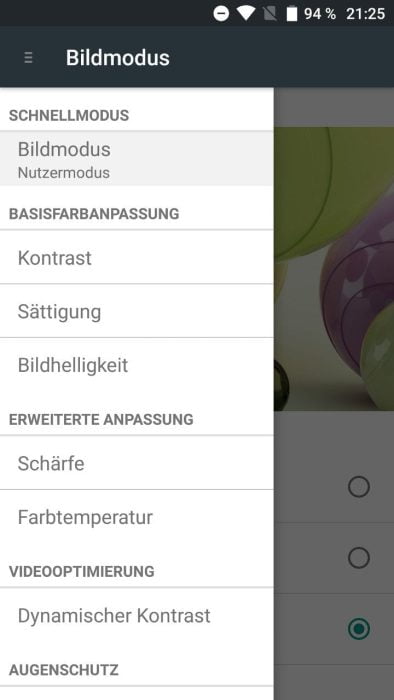 The MediaTek Helio X27 (MT6797X) processor is also on board again. The processor has a total of 10 processor cores, which are divided into 2 Cortex-A72 and 4x2 Cortex-A53 cores. Due to the division into 3 clusters, work tasks are efficiently distributed to the respective clusters depending on the computation intensity in order to guarantee better performance. At the same time (at least in theory) the battery consumption should be reduced. Regarding the memory equipment, the smartphone is equipped with a 4GB RAM and a 32GB internal memory.

Although the UMIDIGI Z Pro uses a high-end MediaTek processor, the performance is only partially satisfactory. Delays and app crashes have become noticeable, especially in multitasking, which are presumably not due to the processor itself, but to its adaptation to the user interface. Sometimes apps even refused to start at all or got stuck with a white screen. There is clearly still a need for optimization on the part of UMIDIGI.

A Mali T880 MP4 GPU is used as the processor graphics, which can also cope with demanding games. If you like to play mobile games such as Dead Trigger 2 or Asphalt 8, you can also play them smoothly in high details. But beware! The smartphone gets hot after a short playing time. 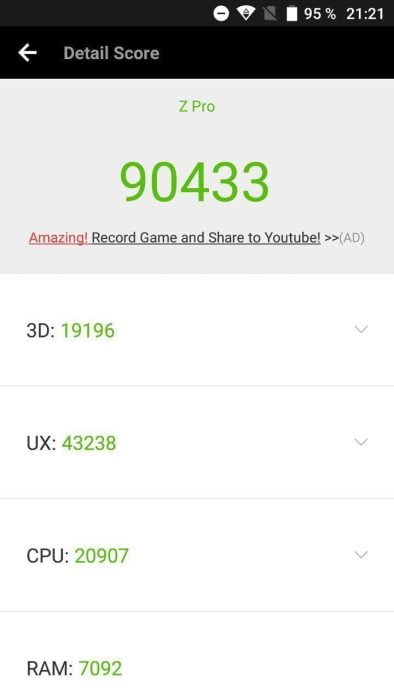 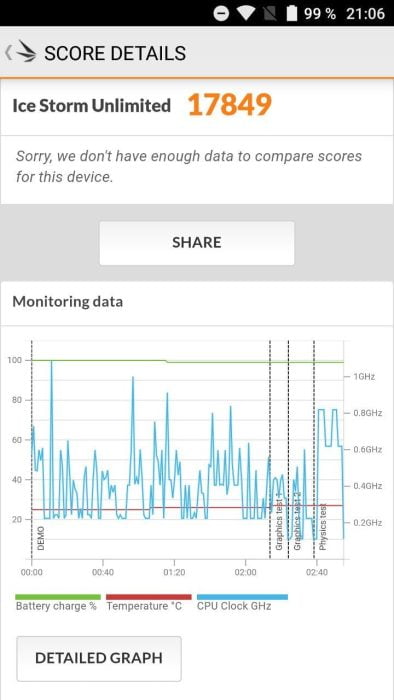 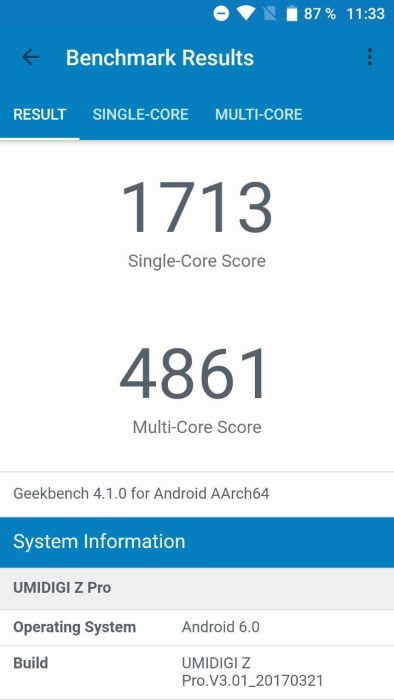 A clean Android 6.0 based on stock Android is used, which works completely without bloatware. Additional functions were only added in the settings. There are, among other things, extended display settings or an “intelligent assistant” that includes power-saving functions, settings for the notification LED and button control. The virtual control buttons activated by default can be completely switched off so that the display can be used extensively.

The smartphone receives updates over-the-air. UMIDIGI has announced an update to Android 7. However, it is not yet known when the time will come. 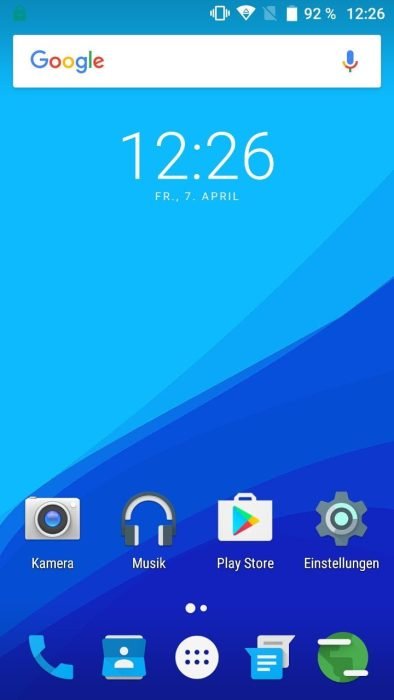 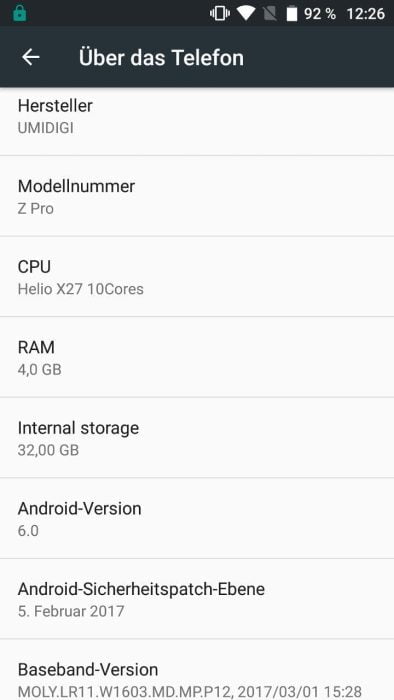 Probably the most decisive difference between the UMIDIGI Z and the Pro version is the main camera. The UMi Z's single camera system (Samsung S5K3L8) has been replaced in the UMIDIGI Z Pro by a dual camera system consisting of two 13 megapixel Sony IMX258 image sensors. Laser autofocus is not used. Instead, you have to be satisfied with a conventional PDAF (phase detection autofocus). The 13 megapixel front camera with Samsung S5K3L8 image sensor is retained.

In practice, the recording quality of the main camera can be assigned to the middle class. In good lighting conditions, it is possible to take good pictures with good sharpness, strong colors and low image noise. In poor lighting or poor lighting conditions, recordings become increasingly blurred and the image noise also increases significantly. The autofocus works accurately and reliably. The “Quad-LED Flash” provides adequate illumination in the dark, but is not brighter than a conventional dual-LED flash. 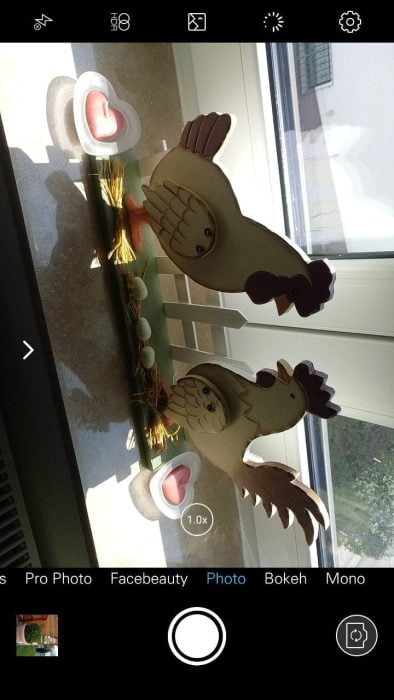 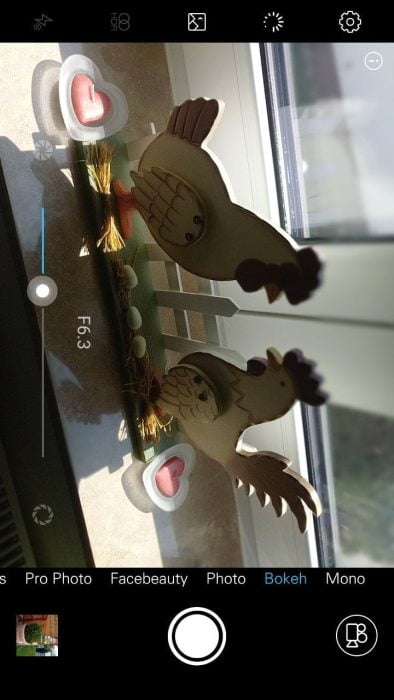 The so-called "bokeh" effect, which is made possible by the dual camera system, is particularly interesting. "Bokeh" means nothing else than "blurred or out of focus". Objects or people can be brought into the foreground better, while the background is shown blurred. This effect is generated by the software using a virtual aperture that extends from F11 to F0.8. Bokeh recordings that have already been taken can also be edited later in the gallery by moving the virtual aperture and refocusing. Unfortunately, the bokeh recording mode is not implemented too well on this smartphone. Compared to the one we recently tested Honor 6X, which also has a bokeh mode, adjusting the virtual aperture on the UMIDIGI Z Pro is comparatively difficult. To bring the person or the recorded object perfectly into the foreground requires a certain amount of tact and patience. In addition to bokeh photo recordings, bokeh video recordings are also possible. 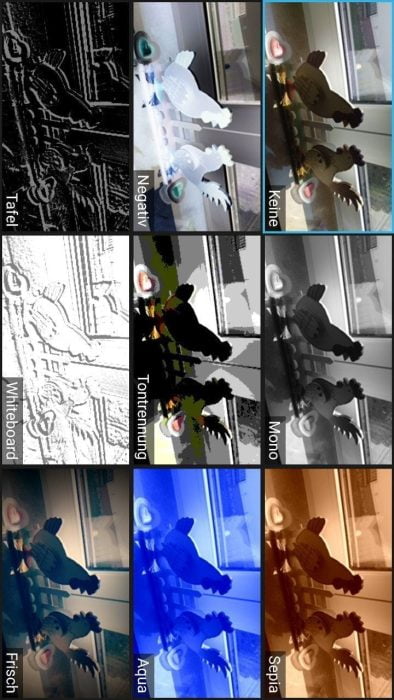 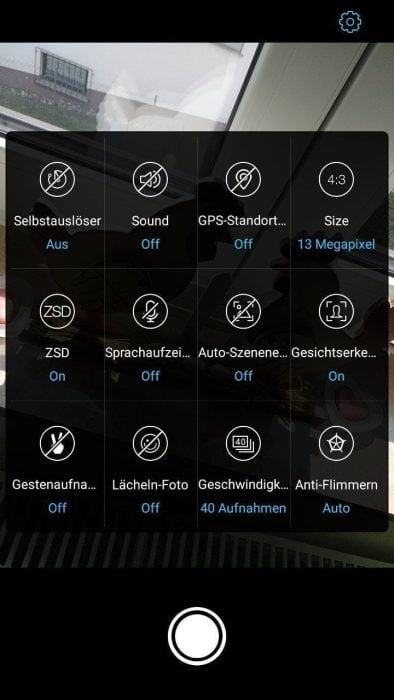 Other photo modes are monochrome black and white recording mode, there is a "Facebeauty" mode, which did not work in the test, however, there is a "Pro Photo" mode with individual adjustment options and a panorama mode. If you want to spice things up a bit, there are various filters that can be placed directly over the live image. The main camera of the UMIDIGI Z Pro records videos with maximum 4K resolution. Unfortunately, the refresh rate cannot be adjusted individually. 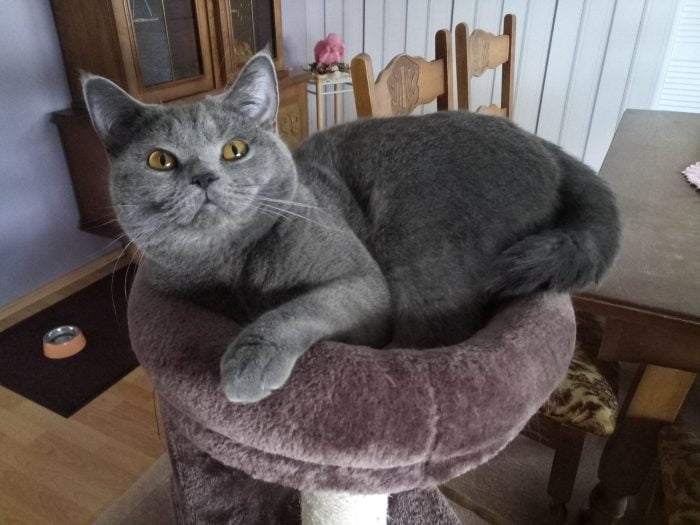 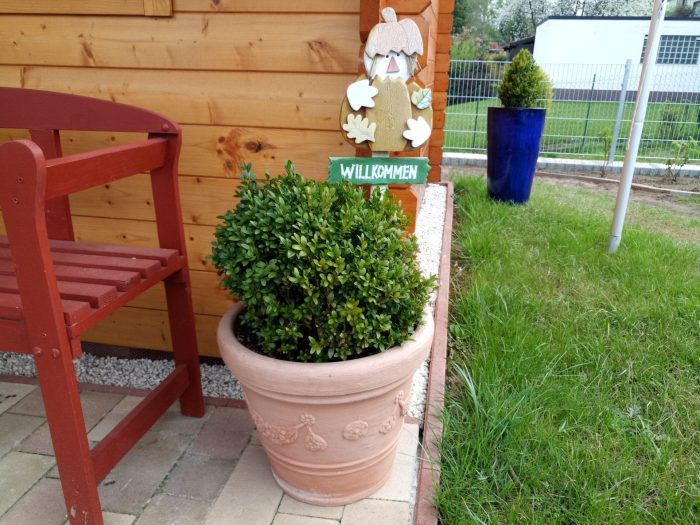 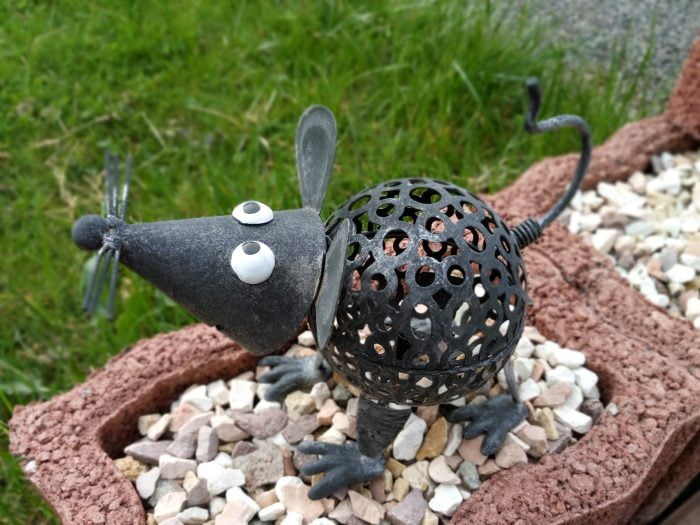 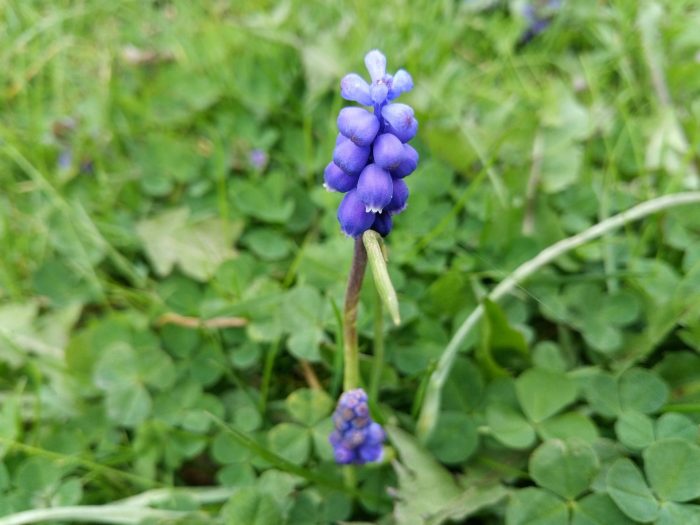 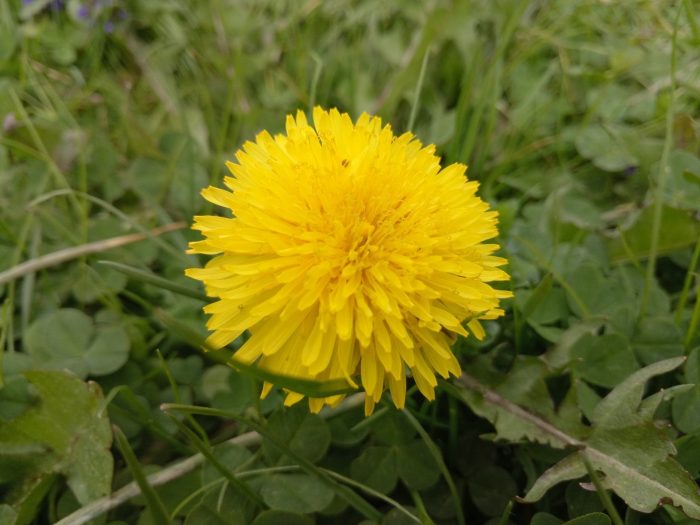 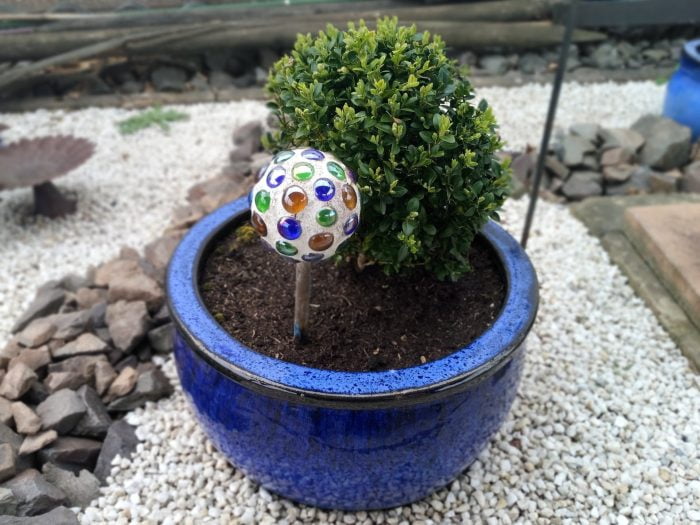 The front camera surprises with its decent recording quality. Those who like to take selfies will get their money's worth. Also surprising is the LED flash on the front, which provides sufficient illumination even at night. The front camera also offers a face beauty mode and a panorama mode as additional recording modes. Videos can even be recorded in full HD. 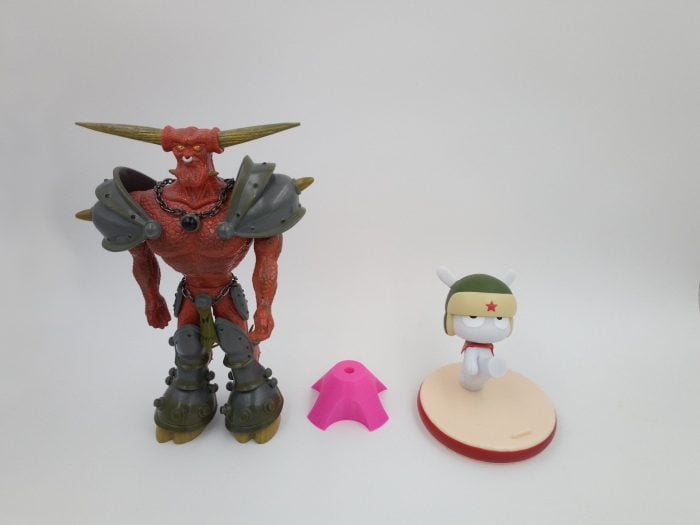 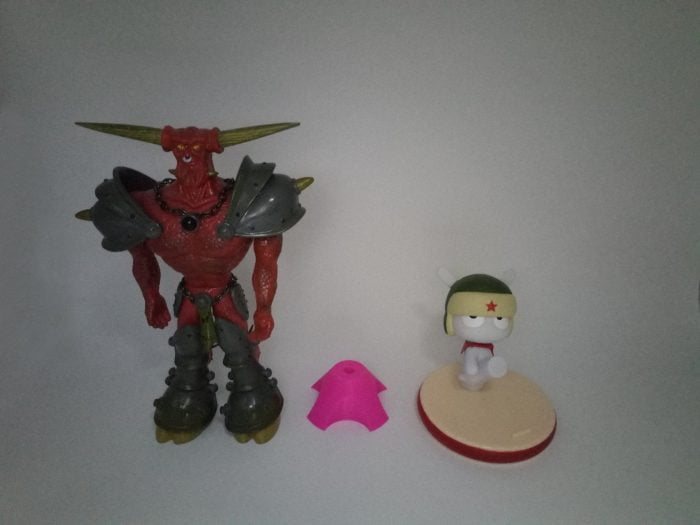 In the cellular network, the UMIDIGI Z Pro supports all of the usual frequencies in this country. Even LTE can be used in full. The connection stability in the cellular network is good. Mobile surfing works flawlessly. The call quality is mediocre, which is mainly due to the weak microphone. Even with the speakerphone function, the smartphone does not deliver a brilliant performance. The speaker sounds slightly tinny and there is a significant lack of volume.

The smartphone behaves flawlessly in WLAN and maintains a constant signal even when it is further away from the transmitter. Dual-band WiFi is supported and switching between 2.4G and 5G works without errors. Bluetooth is supported up to version 4.1. Again, there is nothing to complain about.

The smartphone finds a GPS fix within a few seconds. Even inside the building, a GPS fix is ​​possible after a good 10 to 20 seconds. The signal strength of a Xiaomi Mi5S However, the UMIDIGI Z Pro does not come close. Nevertheless, precise navigation is not a problem. The position determination was consistently accurate in a diverse test navigation through urban areas and over land. An e-compass is also available so that the smartphone can also be used for pedestrian navigation.

The sensor equipment consists of a proximity sensor, an acceleration sensor, a brightness sensor, a gyroscope, a Hall sensor and a G sensor. A fingerprint sensor is also available. This is characterized by a good recognition rate, but is a bit sluggish when unlocking the smartphone. 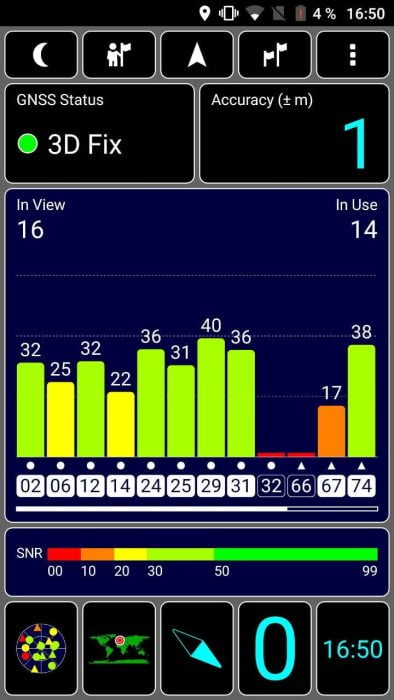 The battery life is to be criticized. Despite a capacity of 3.780 mAh, you can barely get through the day with one battery charge. The battery consumption is noticeably high in power-hungry applications, but also in standby. The charging time is an average of 2 hours and 30 minutes. No trace of the promised Pump Express.

Great design, good workmanship, but greatly improved by the software. Especially the occasional app crashes and the often sluggish usability of the user interface led to much frustration in the test. But there is hope, because the release of future updates and an upgrade to Android 7, it is not so bad. Fortunately, the UMIDIGI Z Pro has no major hardware defects. Although the microphone and speaker quality are rather average, the smartphone shines with the stability of the connection in the mobile network.

The dual camera system also wins no price, but allows at least in good lighting conditions passable video and video recordings. The bokeh recording mode is a nice addition, but it requires a lot of tact. Again to criticize is the battery life. Despite the high capacity, the smartphone is barely accessible during the day. In addition, the promised Pump Express fast charge does not work. But again, there is hope that future updates will eliminate these errors.