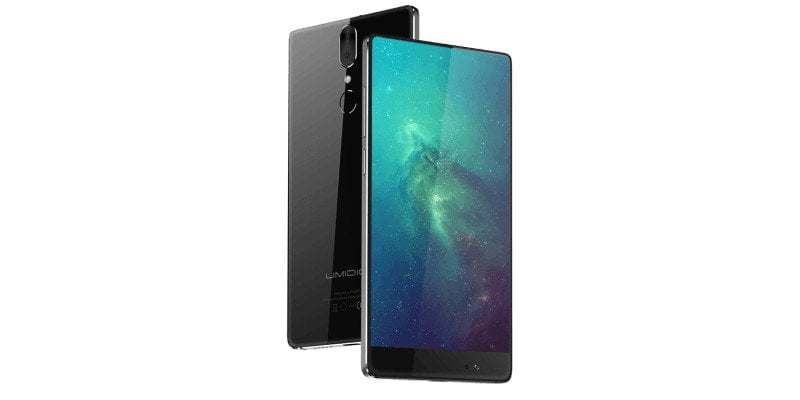 The almost rimless UMIDIGI smartphone was actually supposed to appear in June, but once again, those interested in UMi and UMIDIGI were disappointed. In the meantime, a new release date has been announced, according to which the pre-sale of the UMIDIGI Crystal should start on August 15th and dispatch will be dated August 20th. The smartphone will appear in two versions.

The cheapest model, which will be available in advance from $ 99, uses a MediaTek MTK6737T processor, 2GB RAM and 16GB flash memory. The more expensive model uses a MediaTek MTK6750T and has 4GB of RAM and 32GB of flash memory. Stock Android, based on Android Nougat, is used as the operating system. The dual main camera uses both a 13 megapixel and a 5 megapixel sensor from Samsung. The LTE bands 3, 7 and 20 used in this country are supported.

Enclosed you will find a price comparison for both models. Both GearBest and Banggood have already listed the UMIDIGI Crystal in advance sales! The dispatch could actually take place at the end of August.

The following article is now out of date and from May 2017. I have left the article at this status, as it is always interesting to see how UMIDIGI throws misinformation around and does not keep release dates. The previously announced color variants will not be available for the time being! The smartphone will appear exclusively in black. Neither will a “UMIDIGI Crystal Plus” appear!

It is now known that the smartphone will appear in 4 colors. In addition to the Crystal Black and Dazzling Blue Lumia Edition, there will also be a full metal edition of the UMIDIGI Crystal in the colors Matte Black and Apple Red. All references to the Crystal Plus have now disappeared. It would also have been surprising if UMIDIGI actually released a Qualcomm Snapdragon 835 smartphone.

Incidentally, there is currently also the possibility of winning one of 100 test copies of the Crystal. Via the following promo page (link) Reviewers can apply for one of the 100 “prototypes”. To participate, all you need to do is provide your email address and a link to a test report you have written yourself. 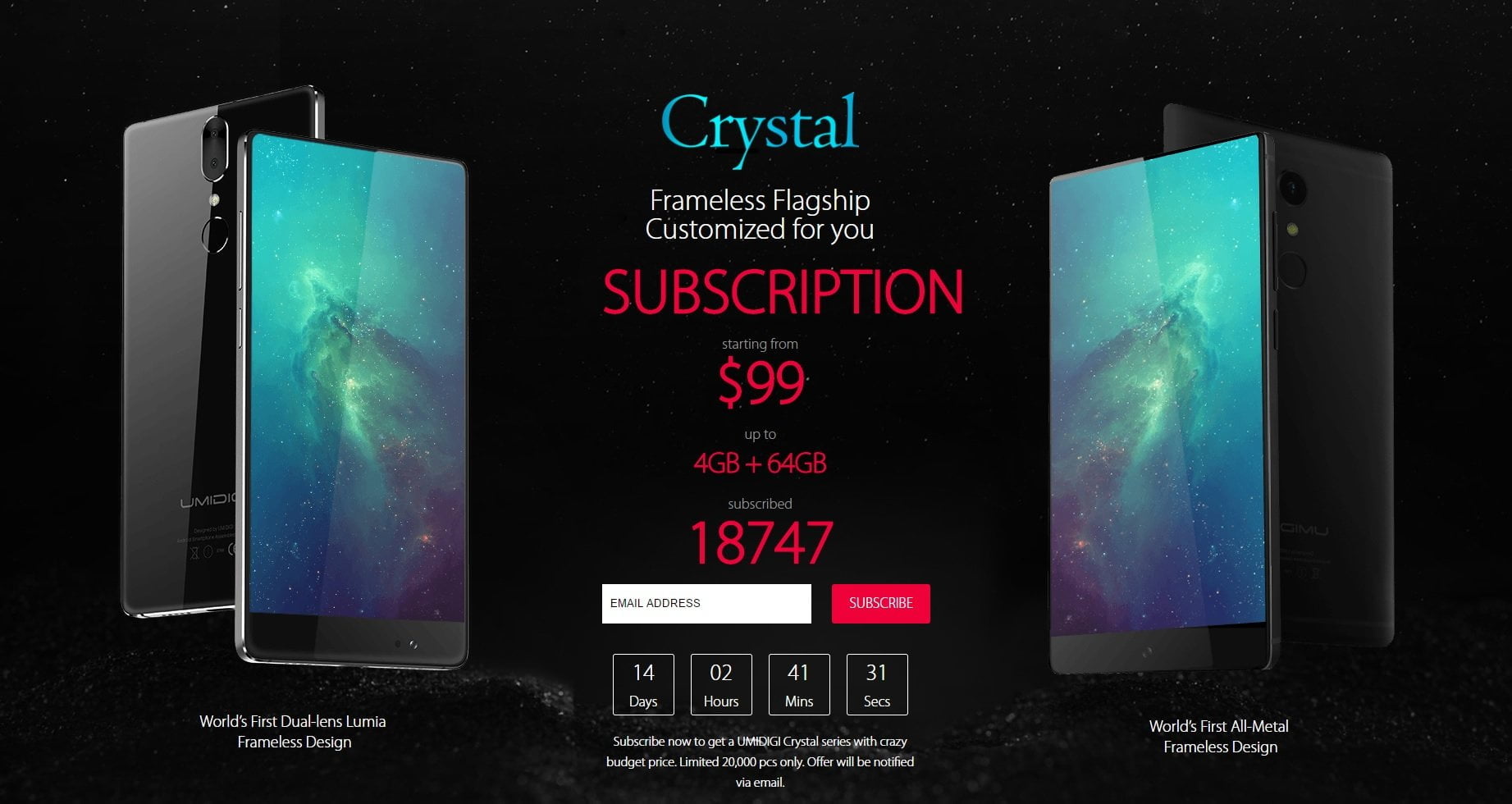 The manufacturer UMi - now UMIDIGI - has already announced some things that ultimately never came true. The release of the UMIDIGI Crystal, however, seems to be - partially - realistic. Rimless or Bezelless smartphones are currently very much in vogue and various manufacturers have announced and have already presented comparable models in the past few weeks. Of course, this smartphone will not do completely without bezels either. In the lower part of the smartphone was - similar to that Xiaomi Mi Mix - a front camera installed.

The UMIDIGI Crystal is to appear in a "Lumia" edition with a glossy back of the case and an "All-Metal" edition with a matt black back. The almost borderless display should have a diagonal of 5.5 inches and will probably resolve in Full HD. When choosing a processor, the manufacturer relies on MediaTek's mid-range chip "Helio P25". UMIDIGI has also already commented on the memory equipment. In addition to a 4GB RAM, the Crystal smartphone should have a 64GB internal memory. 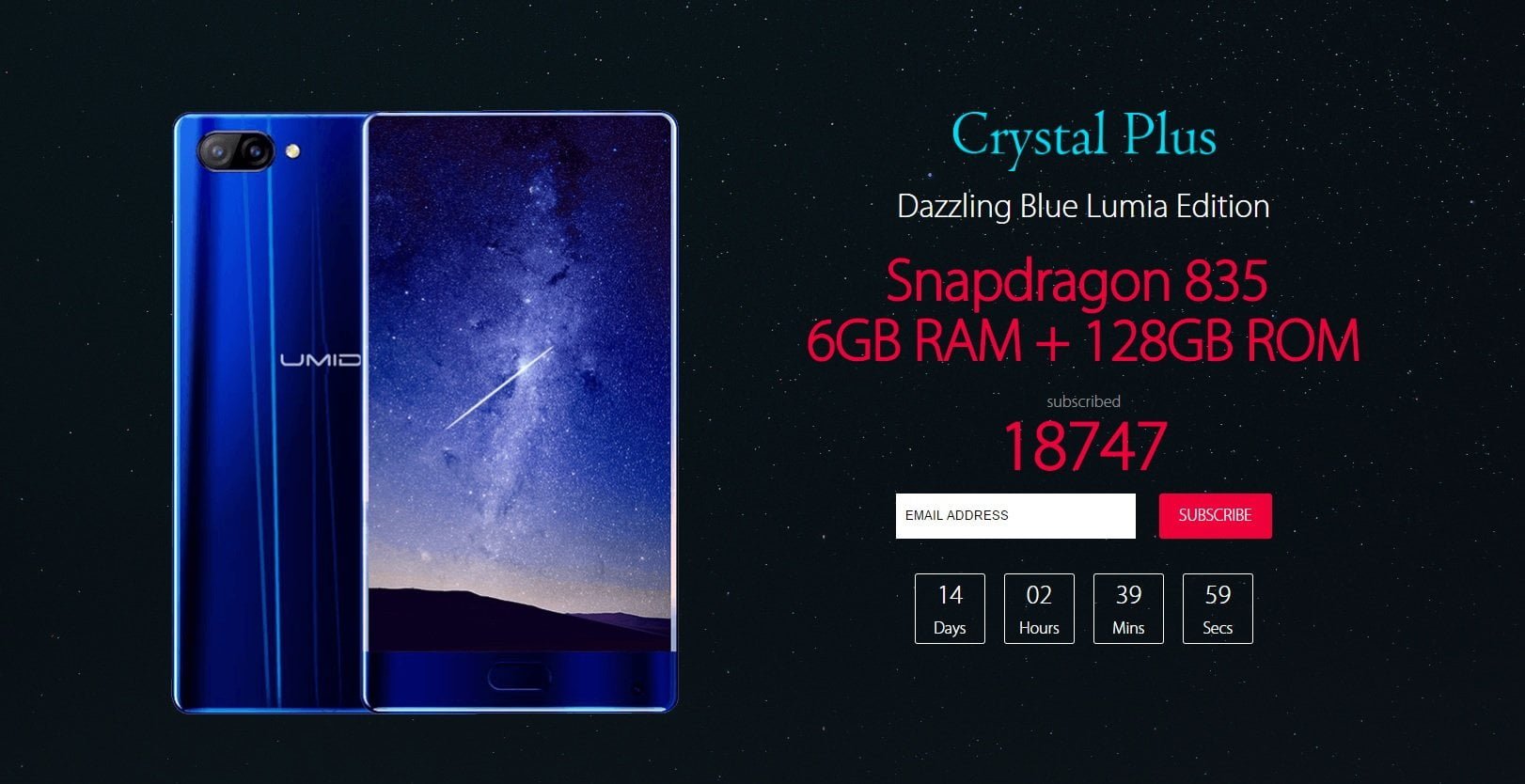 The UMIDIGI Crystal Plus, which is to appear as a high-end model of the rimless smartphone, was also announced. The smartphone is to appear as a "Dazzling Blue Lumia" edition and therefore be equipped with a shimmering blue back. However, the specification of the Qualcomm Snapdragon 835 processor seems unbelievable. The Crystal Plus would not be the first UMIDIGI smartphone with Snapdragon SoC (see UMi Emax Mini), but it would be rather unlikely if a comparatively small manufacturer like UMIDIGI suddenly bought into Qualcomm. A plus model with MediaTek's high-end chip class, such as the MediaTek Helio X27 or Helio X30, is more likely. The memory equipment should amount to a 6GB working memory and a 128GB internal memory.

Both smartphones should be released on June 15, 2017. Anyone who would like to receive the smartphone at a price of $ 99 can subscribe to a PreSale newsletter on the UMIDIGI homepage. The number of items for the $ 99 promotion will probably be very limited, so that only a few interested parties will actually receive a UMIDIGI Crystal for $ 99.

You are also interested in other fast-rimless smartphones? Then take a look at our articles DOOGEE MIX, Maze Alpha, VKWorld Mix Plus or Bluboo S1 ! 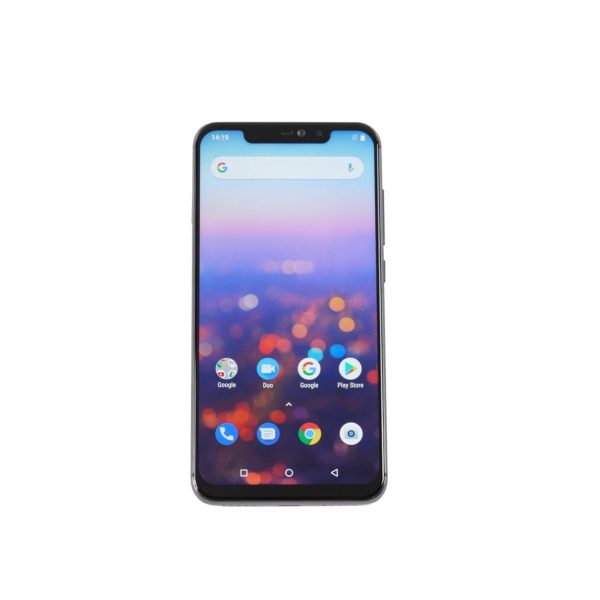