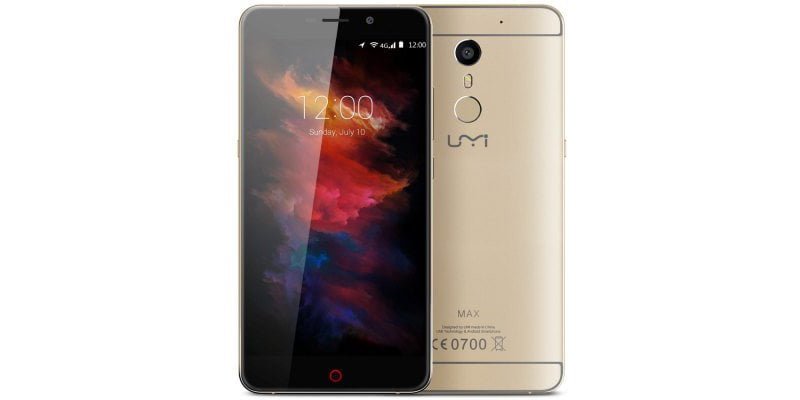 When I think of a smartphone with the name "Max", I think of a phablet with a display diagonal of 6 inches in mind. Xiaomi has done it with the Mi Max and also Cubot has followed with the Cubot Max and has released such a phablet. Already a few weeks ago UMi has a new device with the name "UMi Max" announced that also had a phablet with at least 6 inches suspect. The final technical data for the new UMi smartphone have now been released, but these do not speak for a "Max" device at all.

Take that UMi SUPER, reduces the RAM on 3GB, the internal memory on 16GB and installs a fingerprint scanner of older generations. The UMi Max is finished, which does not even differ externally from its predecessor, the SUPER. The display diagonal is only 5.5 inch, at a resolution of 1920 × 1080 pixels, Installed is a Sharp panel that covers 95% of the NTSC color space. 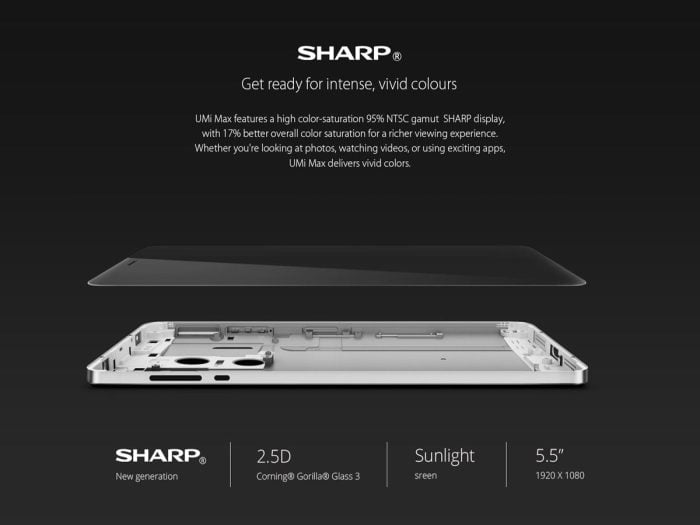 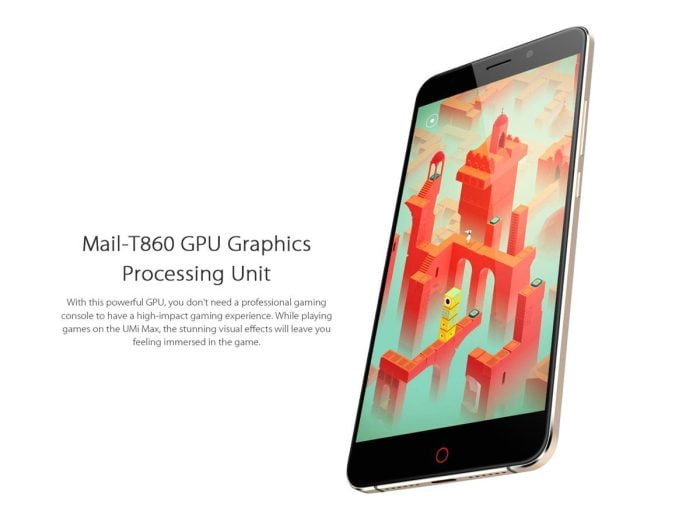 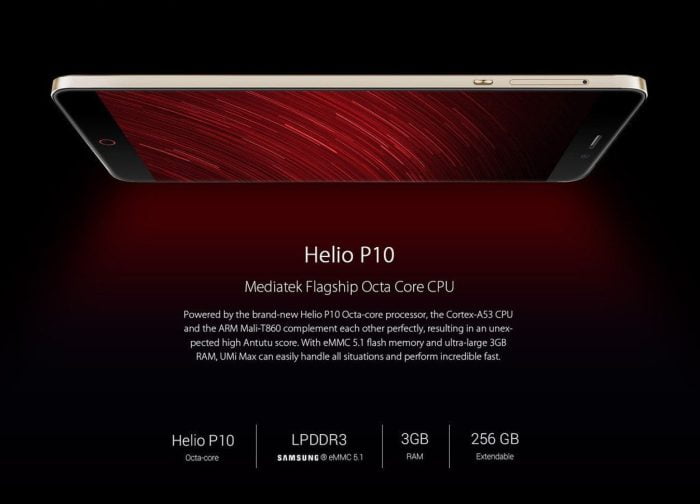 The processor used amounts to one MediaTek Helio P10, which has a total of 8 cores and clocks with a maximum of 2.0GHz. The system-on-chip (SoC) GPU is one Mali-T860, which compares well with compute-intensive games comparatively well. In direct comparison to the UMi SUPER, the UMi Max only uses 3GB LPDDR3 memory from Samsung. Also the internal memory was on 16GB (eMMC 5.1) reduced. However, this can be done with an additional SD Memory Card expand by a maximum of more 256GB. Who wants to use the possibility of memory expansion, must because of "Hybrid slots" do without the dual SIM function. 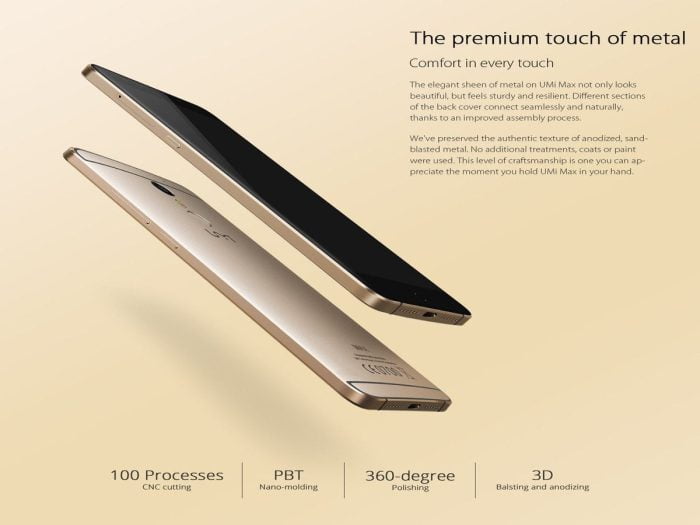 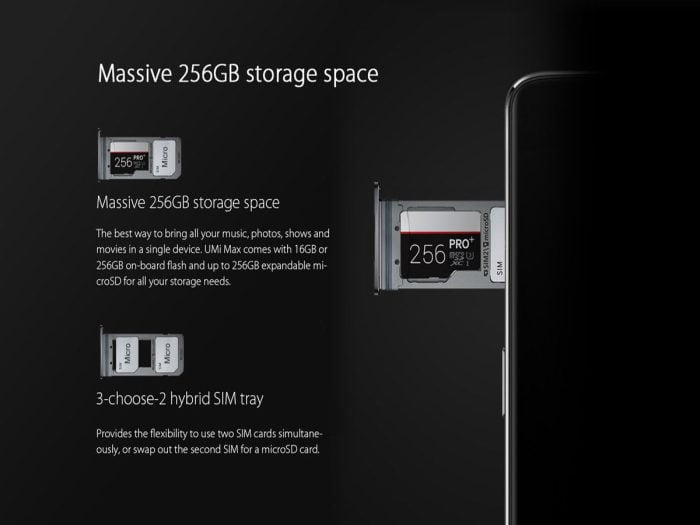 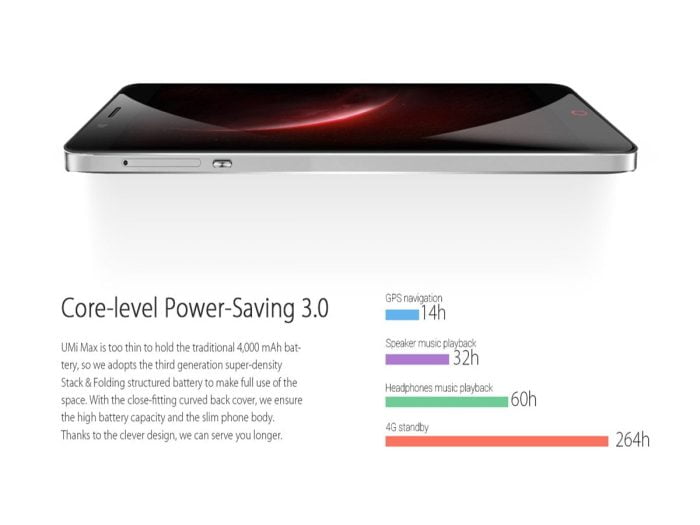 The main and front camera are consistent. The Panasonic image sensor resolves with 13 megapixels. The trip time is from the manufacturer 0.5 seconds specified. The focus time is at 0.3 seconds, The front camera releases with 5 Megapixel on. 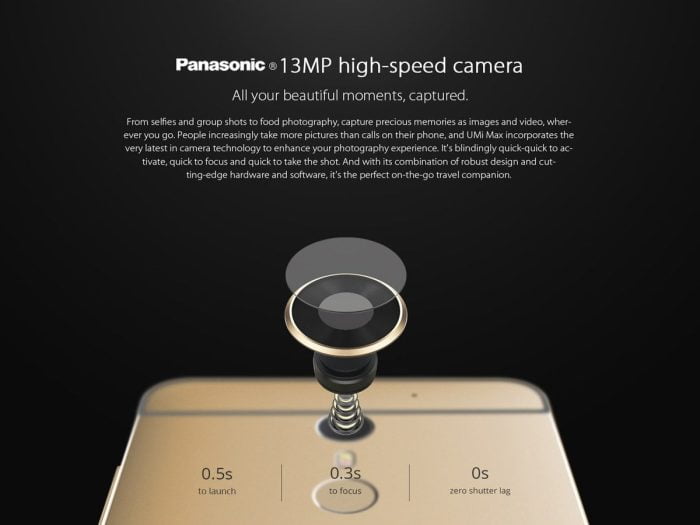 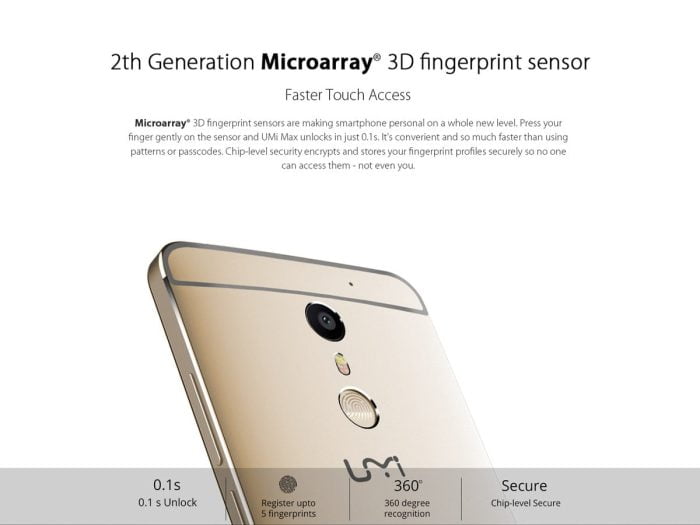 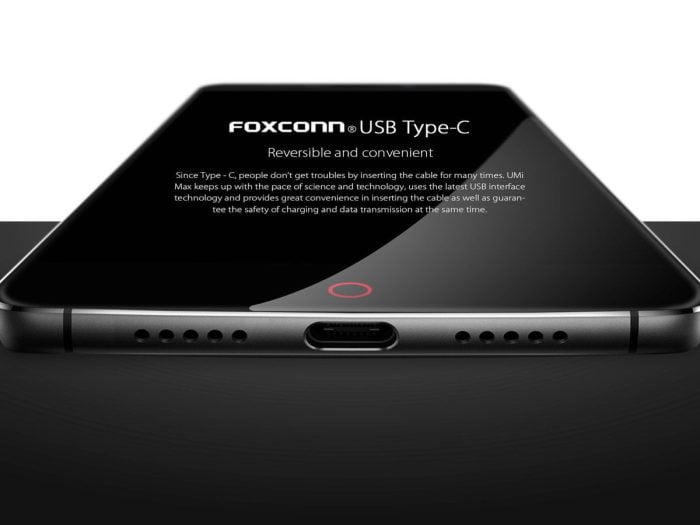 The capacity of the battery is 4.000mAh, The latest USB standard is used for charging or data transmission. USB Type-C, The HiFi chipset continues to amount to one AW8738 chipsetwhich promises crystal-clear sounds and rich basses. Also installed is one Notification LED, which is below the display and lights up in different colors. The Fingerprint scanner comes from the manufacturer "Microarray". A second-generation chipset was used to unlock the device within 0.1 seconds. The UMi Max is delivered with Android 6.0 Marshmallow.

The UMi Max contradicts any expectations. Rather, this is a "UMi SUPER Lite"that brings nothing new.

Really weak of UMI to call the new smartphone "Max" and then not even obstruct an 6 inch display. They would have rather something decent with Snapdragon chip released.