by Timo27th of June 2017
The TESORO Olivant Pro is a reasonably priced gaming headset, which is advertised above all with excellent sound quality, high comfort and low weight. Whether these points actually apply to the Olivant Pro and what else the headset has to offer, you will find out in this review!
Overview
Manufacturer/Model 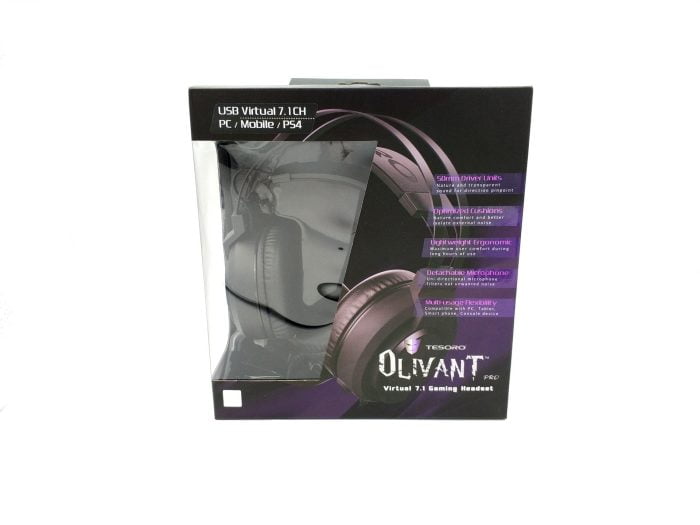 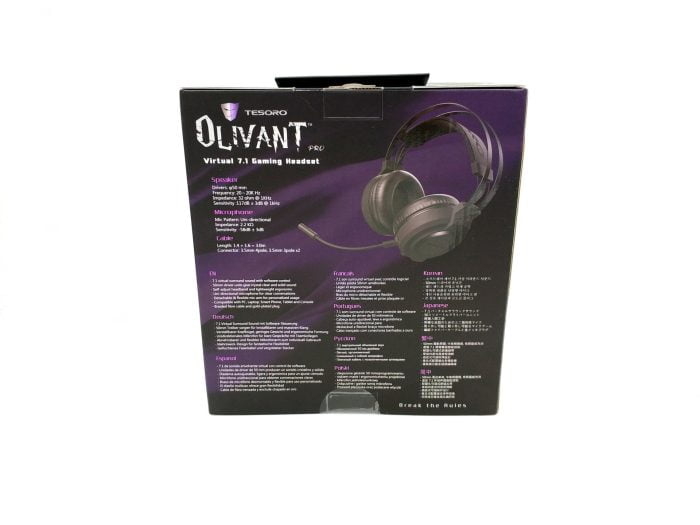 As befits a gaming product, that comes TESORO Olivant Pro in a gamer-friendly cardboard box therefore. In addition to the headset, the scope of delivery includes various connection cablewhich are a USB audio cable with wired remote control and integrated sound card, as well as one Y-splitter cable is. Also included are the separate and thus removable microphone, as well as one Manual. 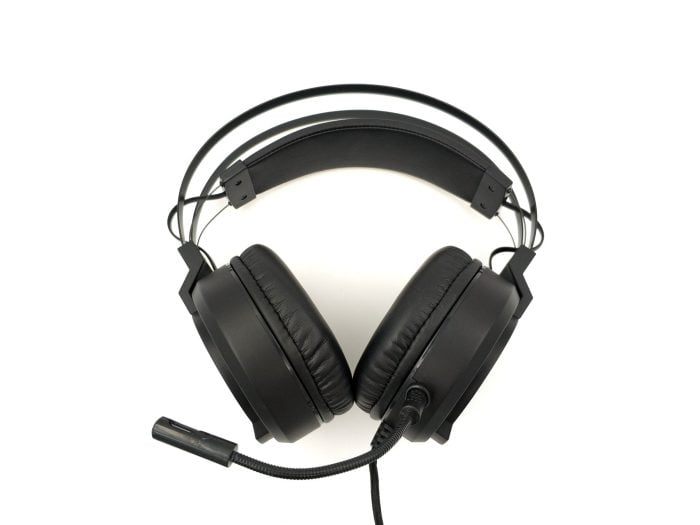 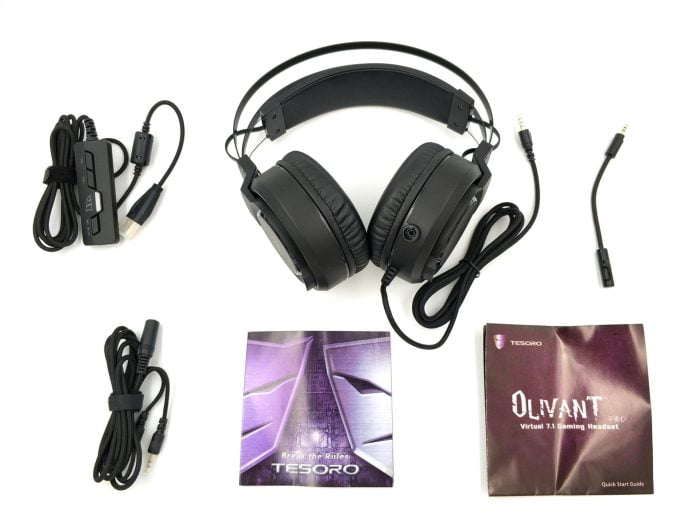 The TESORO Olivant Pro is not a particularly eye-catching headset. Except for the shadowy TESORO imprint, the entire headset is kept in plain black. The case of the 50 mm driver units are made entirely of plastic. By the matt black surface the headset is very prone to fingerprints. Already after the first touchdown, the Olivant Pro was literally covered with fingerprints.

The earpads are covered with imitation leather. According to TESORO, the padding should consist of memory foam. However, a "memory" function of the foam used is incomprehensible. Rather, the promised "Memroy-Foam" appears like a conventional foam filling. A click system, the ear pads are connected to the driver housings and can be easily replaced. 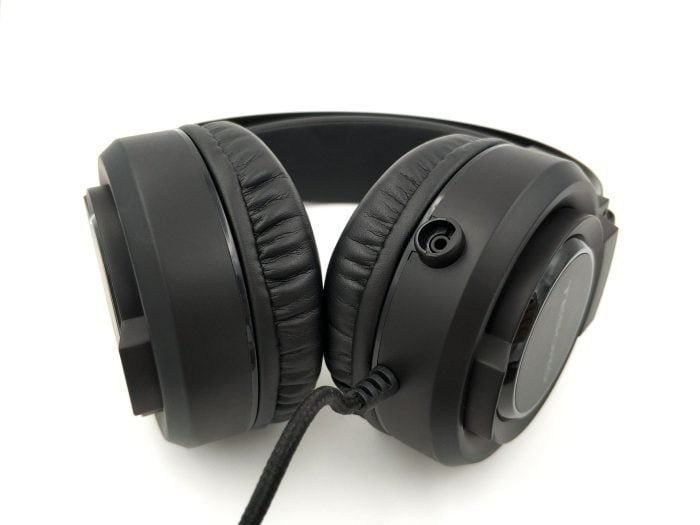 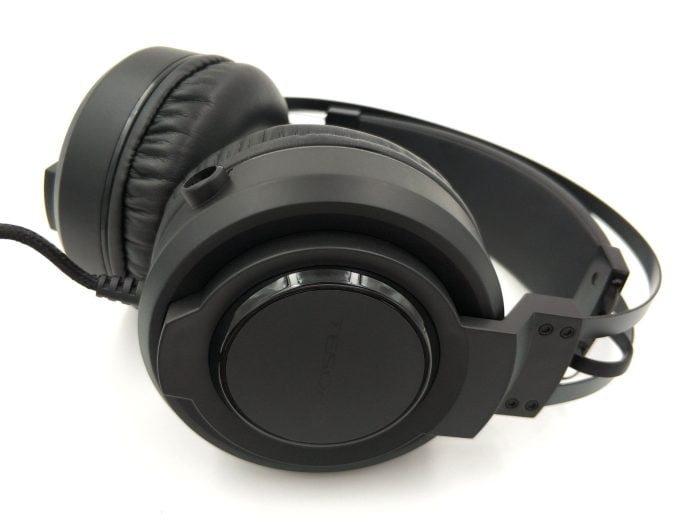 Interesting is the self adjusting double straps, The thin padded and also covered with leatherette headphone strap is attached elastic over several connecting threads on the driver housings. The upper part of the double bar, which consists of thin metal here, provides for a corresponding hold.

Microphone The TESORO Olivant Pro is detachable and plugged into the left driver housing via a 3.5 mm microphone port. The connecting element is of the gooseneck type and can be placed in any position.

The processing of the headset is the price accordingly good. Although almost all of the headphones are made of plastic, the overall appearance is anything but cheap. All components of the TESORO Olivant Pro are neatly processed and, above all, made to fit perfectly.

No matter if you have the headset over the 3.5 mm jack or via USB connects, as Plug and play device The Olivant Pro can be used directly on the PC without having to install a driver. The same applies, of course, for use on a smartphone, the tablet or a console.

Under Windows, the headset is recognized as a conventional speaker. Do you want the integrated C-Media sound card use, an additional driver must be installed. The driver can be downloaded directly from the manufacturer's product page. 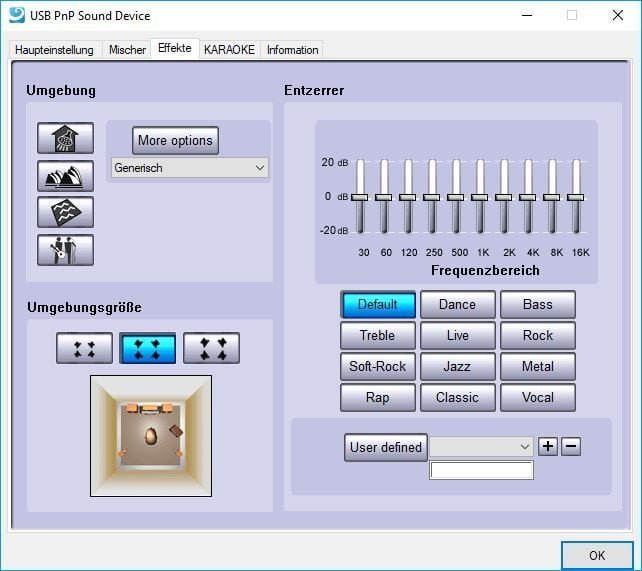 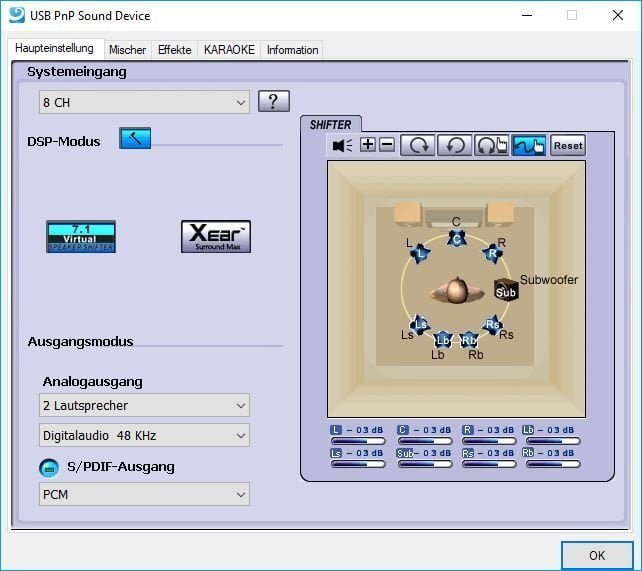 The C-Media driver offers its own configuration interface for the headset. This can be, for example, the virtual 7.1 sound set, you can own the C-Media "Xear" surround sound activate, as well as there are different Sound effects and an equalizer, Furthermore, the driver offers settings for the microphone. When installing the driver, there were no problems so far. The interface is clearly arranged and settings can be made directly without many clicks. 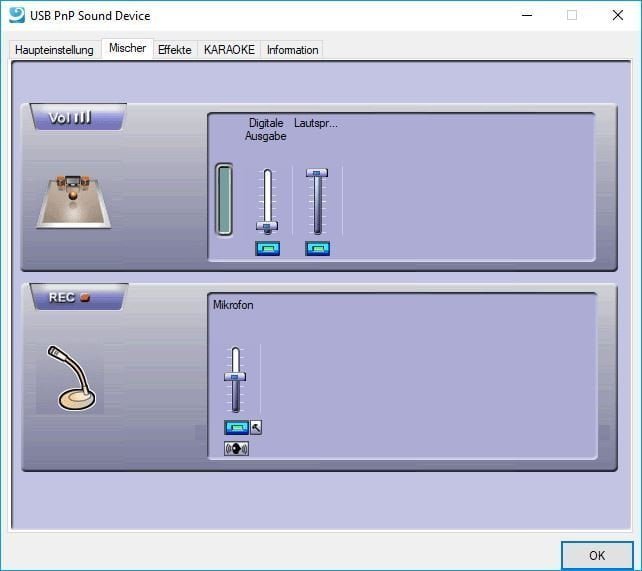 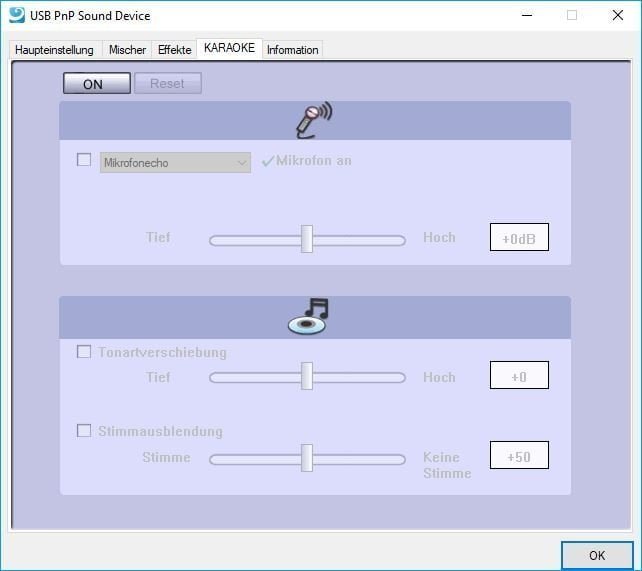 The headphones use one ear per ear 50 mm big driver and covers one Frequency range from 20 Hz to 20 kHz from. With a Impedance of 32 ohms The TESORO Olivant Pro can be driven comparatively easily. The Sensitivity (SPL / mW) is about 117 dB.

The nuts and bolts of a gaming headset is the Accurate detection of noise, With the help of the integrated C-Media sound card, the Olivant Pro is able to simulate a virtual 7.1 sound, without having to resort to another sound card. In CS: GO and other games is the C-Media 7.1 sound rather with mixed feelings. Although it is reasonably easy to hear, from which direction noises come, but a middle-feeling does not occur. Directly connected to a Sound BlasterX G5, a much better sound location could be achieved.

Details is the TESORO Olivant Pro clean. Explosions, for example, are powerful, but not too exaggerated, so subtleties are still easy to hear. Here TESORO has made a really good vote. The noise isolation is good. The headphones are worn over-ear, so that annoying outside noise is pleasantly hidden. Cable noise takes the headphones as good as not at all. Only effects on the driver housing and the bracket are transmitted audibly. 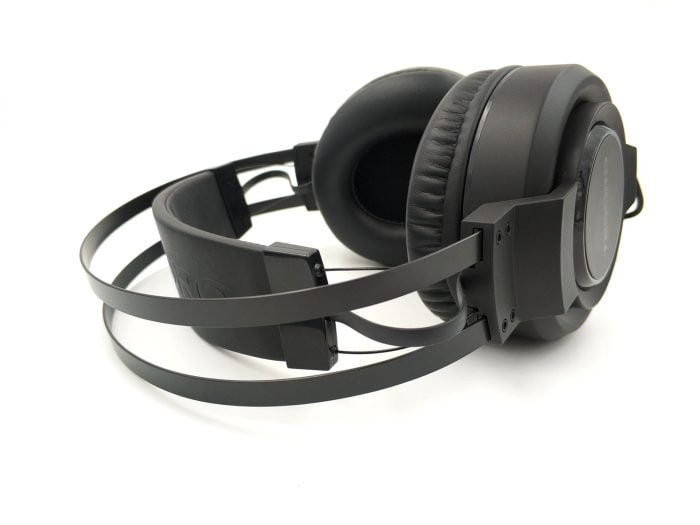 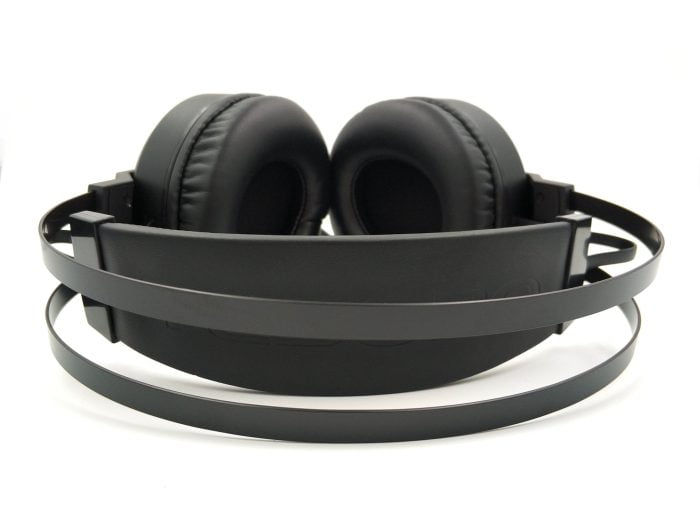 Considering the price, the Olivant Pro delivers an acceptable sound. The tonal vote is strongly centered, which somewhat loses momentum. Basses are available, but not too deep. The same applies to the heights, which are more likely to be pressed into the upper middle area. Even at high volume, the headset delivers a clean and undistorted sound.

The clip-on microphone is unidirectional, ie the recording succeeds only from one direction, so that noise is largely excluded. Through the gooseneck, the microphone can be easily aligned at mouth height. The recording quality, however, convince less. Although the speech is understandable and noise-free, but it sounds predominantly dull. Almost like talking in a tin.

Even after prolonged gaming sessions, there has been no drop in wearing comfort. The foam pads comfortably cover the ears and do not push. The elastic headphone strap It also adapts well to the head, making the Olivant Pro pleasantly light and secure on the head for both a narrow and a broad head.

To the TESORO Olivant Pro

The TESORO Olivant Pro is a gaming headset for the budget-conscious gamer. Sonically, the headset convinces above all by its undistorted and clean sound, which especially scores in games through a convincing differentiation of details. Another positive feature is the comfortable wearing comfort and the good workmanship. However, less convincing was the recording quality of the microphone and the integrated C-Media sound card.