by Timo29. May 2019
Teclast launches a new 10.1 Android tablet this year. Although the Teclast T20 is visually based on last year's Teclast T10 Master, the MediaTek Helio X27 offers a more powerful processor base.
Overview
Manufacturer/Model

Anyone who has already looked for a cheap tablet from China, is certainly about the Chinese manufacturer "Teclast" stumbled. Teclast is one of the better-known tablet and notebook producerswhose mobile devices usually lure through a decent hardware at a low price. The Teclast T20 is the successor to last year's Teclast M10 Master. The case of the 239 166.9 × × mm 7.5 big and 550 g Heavy tablets are mostly made of metal. By the so-called Unibody design the case frame and the case back are not assembled, but made of one piece.

Front and back, the tablet is each with a 13 megapixel camera fitted. The main camera surrounds a narrow plastic recess, running behind the antennas of the tablet. An easy to reach Fingerprint scanner is located on the right side of the case back. The connection options amount to a USB-C socket for charging and for data transmission as well as an 3.5 mm headphone jack. A dual SIM slot is available. Two loudspeakers, to the left and right of the rack, play the audio. A microphone for video telephony is located above the rack. 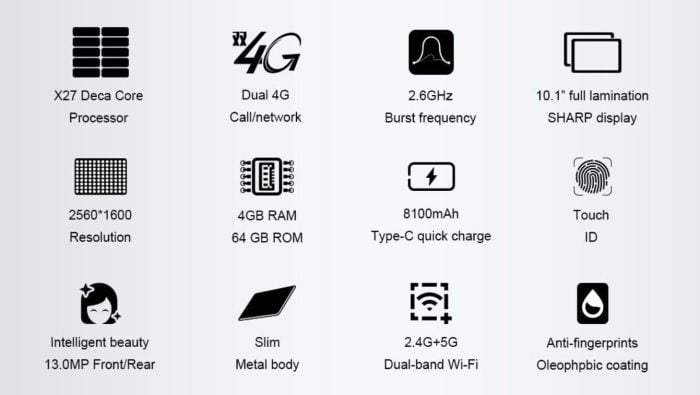 Display solve one Diagonal of 10.1 inches with 2560 x 1600 pixels on. Manufacturer of the IPS panel is Sharp. After Full-lamination technology made, the display and the touch screen form a unit. Advantages of such an OGS display are a better contrast, stronger colors and a higher luminosity. Teclast is silent on the protective glass used. It is known, however, that a special coating should repel fingerprints and dirt. The touchscreen recognizes a maximum of 10 simultaneous inputs. 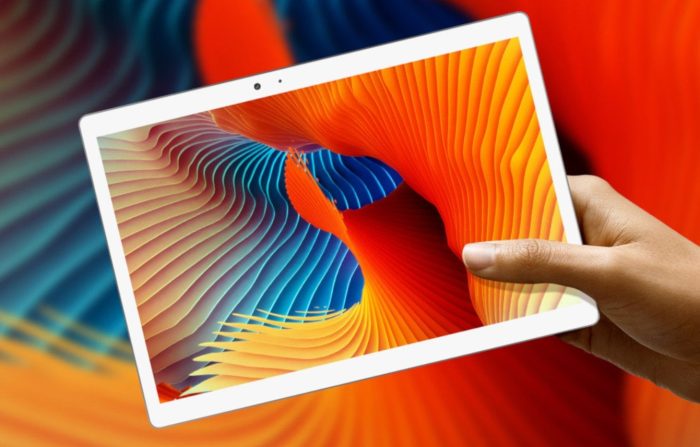 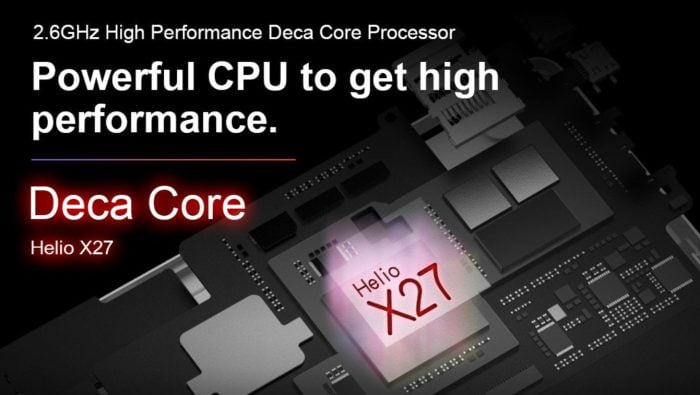 The Mali-T880 MP4 GPU clocks up to 875 MHz. Teclast chose a 4GB LPDDR3 memory and a 64GB eMMC5.1 memory when choosing the memory. A memory expansion by MicroSD memory card is possible with up to 256GB. The operating system is Android 7.1, which is based on Stock-Android.

The tablet is with a Hybrid SIM slot equipped with either two SIM cards or a SIM and a MicroSD memory card. Supported 2G, 3G and 4G mobile, However, the LTE tapes 7 and 20, which are common in Germany, are not available, so that only LTE tape 3 can be used! Here is an overview of the frequencies and bands: 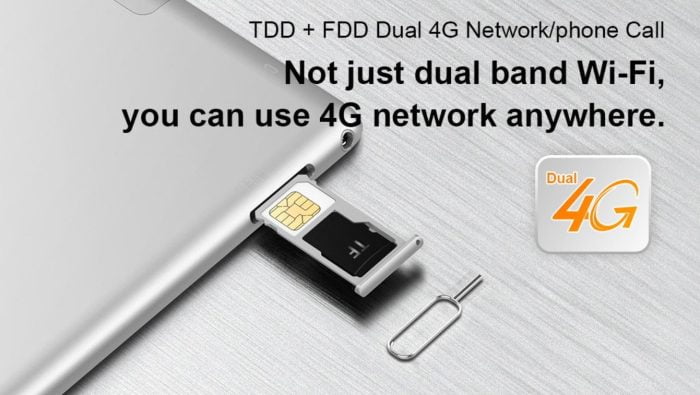 In the WLAN, the tablet is thanks Dual-band AC WiFi quickly connected. Bluetooth is available in version 4.0. Navigate is also possible with the tablet. The position is determined by GPS, GLONASS and Beidou, So that you can also enjoy one or the other movie directly from the tablet, the stereo speakers of a AW8736 amplifier driven. The front and back 13 megapixel camera sensors come from Samsung and allow in addition to the video telephony synonymous one or the other snapshot.

The battery offers a Capacity of 8100 mAh, According to Teclast, one battery charge is sufficient for 8-hour video playback. The battery is charged via USB-C. With the support of MediaTek's Power Express Fast Charge The battery can be recharged within a very short time.

You want to buy the Teclast T20? In our price comparison we list the current offers of the most popular shops. All prices are checked and updated several times a day. Should a shop appear several times, it concerns the different warehouses of the dealer.