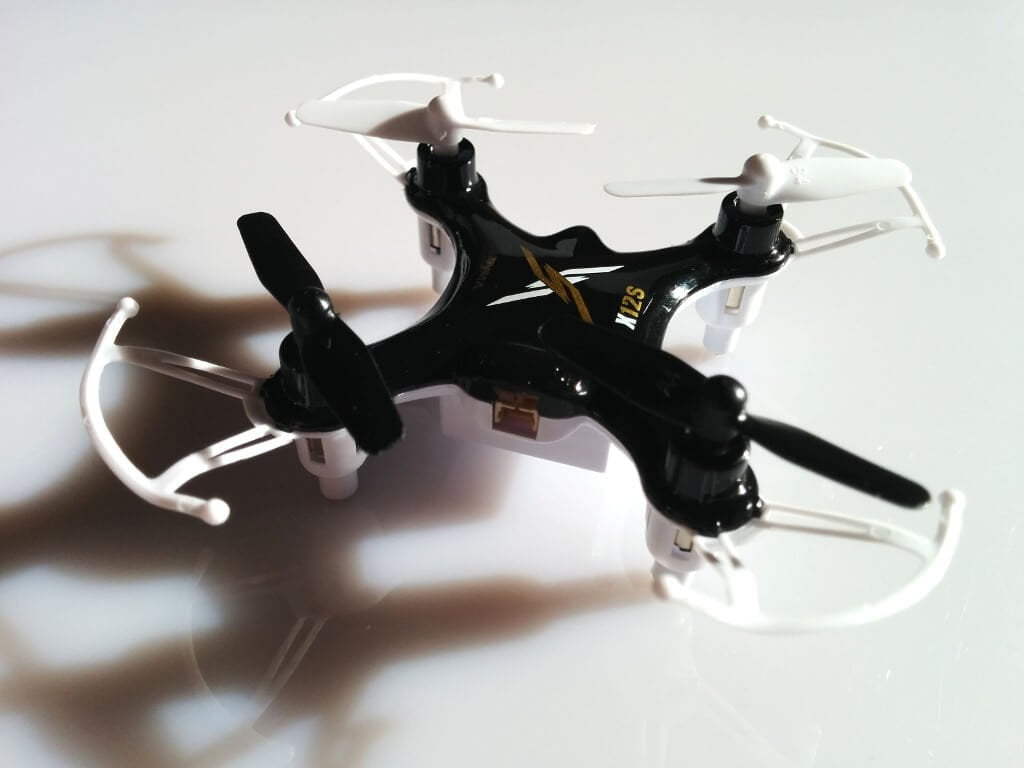 First impression of the Syma X12S

“Syma” is no stranger to the quadcopter scene. The well-known Chinese manufacturer has specialized in quadcopters, which shine above all with their good flight behavior and high-quality workmanship. The small Syma X12S quadrocopter (7.7 x 7.7 x 2.7cm with bumper) is delivered including a remote control in the form of a gamepad, a charger with USB connection, four spare rotors and an instruction manual in English. Remote control batteries are not included. The Syma X12S requires four AA batteries for this. The battery has a capacity of 100mAh. Unfortunately, this is permanently installed and cannot be exchanged out of the box. The maximum flight time is 5 to a maximum of 8 minutes. The battery is charged after about 30 minutes. 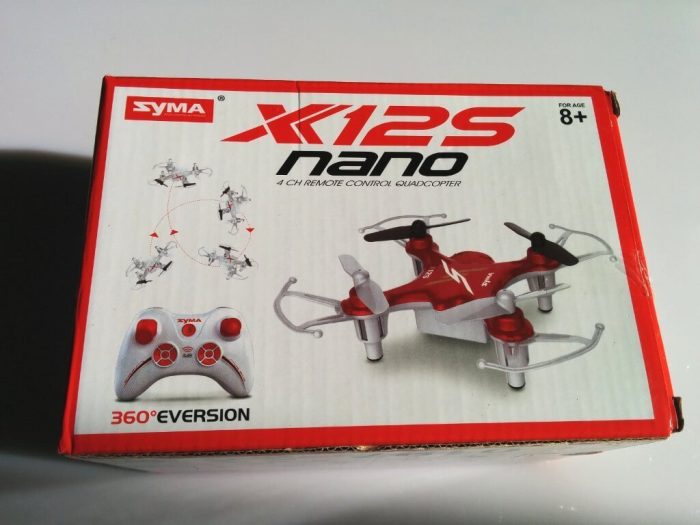 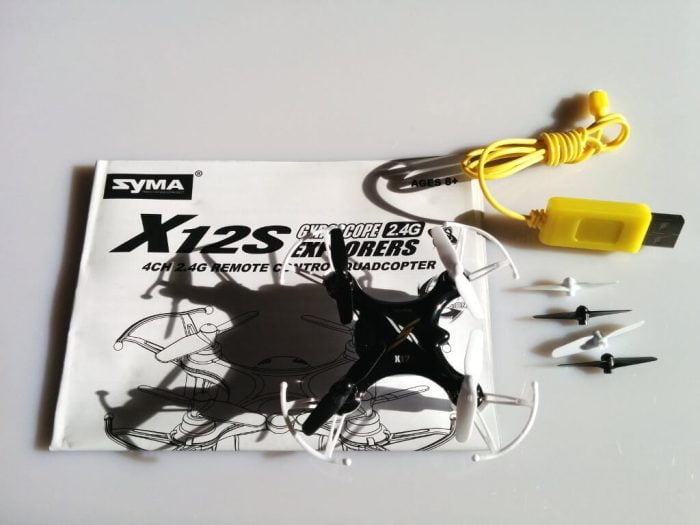 The workmanship of the Syma X12S is impeccable and you can also tell from the flight behavior that no cheap materials were used here. The aircraft therefore does a lot visually. The LEDs on the motors not only look good, they also show you the direction in which the Syma X12S is flying.

The remote control is also comfortable to hold and has a good workmanship. Usually small miniature remote controls are always included with Nano Quadcopter. Here, however, you get a full remote control in the form of a gamepad, with which all buttons can be easily reached.

Before attempting to fly for the first time, you should read the operating instructions carefully. It explains, among other things, how to calibrate the quadrocopter, change the flight modes, make loops or how to start the Syma X12S at all.

There are three different flight modes in total. A beginner mode, a normal mode and a mode for experienced pilots. The modes can be changed using the remote control. As a safety mechanism, the quadrocopter must be unlocked before starting. To do this, move the left stick forwards and backwards. A signal tone or the LEDs on the propeller arms indicate readiness for flight. 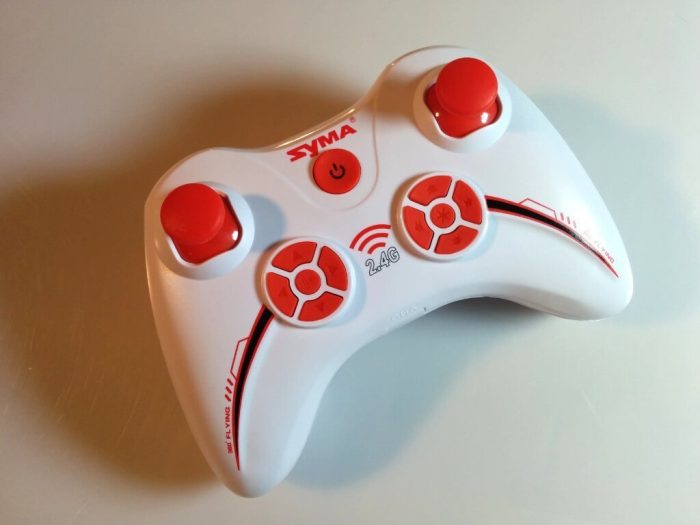 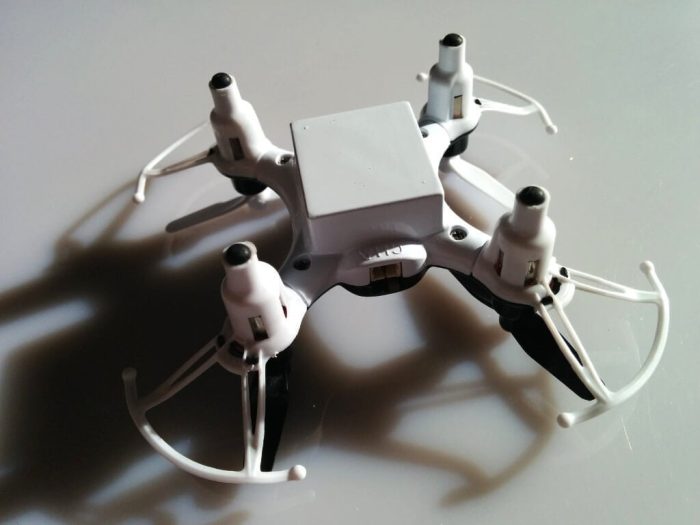 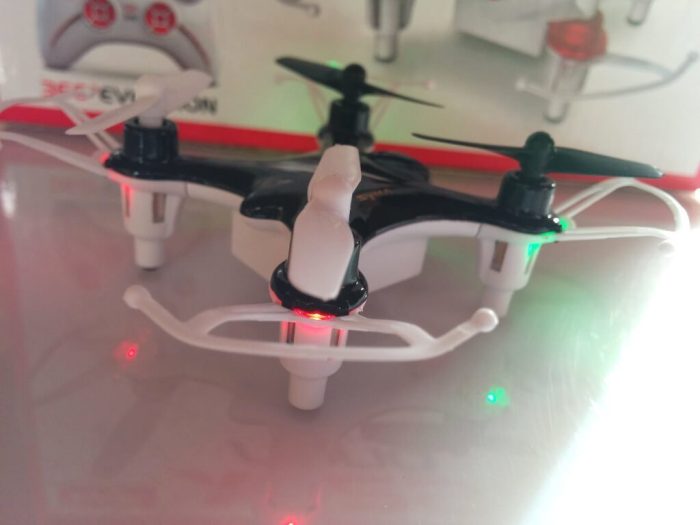 The flight behavior of the Syma X12S is convincing. The nano quadrocopter is stable in the air and can also be flown by beginners without any problems. You should mainly fly the quadrocopter indoors. The smallest gust of wind can throw the aircraft off course. In windless weather nothing stands in the way of an outside flight. The flight range is a maximum of 20 meters.

Especially as a beginner, it is recommended to start small. A quadrocopter is not a toy and needs a lot of tact. Nevertheless one should not be put off. The Syma X12S flies extremely stable and is therefore also ideal for beginners. But also professionals will enjoy this small part thanks to the different flight modes. With him you can practice on the one hand, but also fly correct maneuvers.

The fun is really limitless and even a crash is not equal to the money. Even a crash of several meters survives this small part. The side-mounted bumpers also offer increased protection, but can also be removed. Should a rotor break, there are the spare rotors or you can buy new ones that are already available for a few Euros.