by Timo10. December 2015
In order to gain initial experience with the 3D printing you would normally have to dig deep into your pocket, because such a 3D printer is not exactly cheap. However, an 3D pen is already available for a fraction of an 3D printer and only requires a bit of flair compared to the 3D printer. The Sunlu SL-300 is one such 3D print pen already in the 3. Generation was released. The pen is also marketed under the name CCbetter 3D Pen. How the pen beats and whether you can even draw with it, I have tested.
Review of the Sunlu SL-300 3D Print Pen
Sunlu SL-300 / SL-400 | 3D Printer Pen / Doodler in Review | Unboxing | Review | Hands-On

When I picked up the Sunlu 3D Pen (CCbetter 3D Pen) for the first time, I immediately noticed the low weight of the pen. Also, thanks to the rubberized surface and its shape, which is suitable for both left-handed and right-handed, it is very good in the hand. Although the pencil looks a bit clunky, but also children should cope well with it.

Laterally, on both sides, the pen has several function keys. On the left side you will find the pull-in buttons which allow you to move the filament into the pen or to drive it out. On the right side are the speed buttons. This controls how fast the filament is moved out of the pen. On the top there is a small display on which you can select the filament grade (PLA or ABS), as well as the temperature of the pen is displayed. On the back we have the socket for the mains connection as well as the opening into which one introduces the filament. My first impression was quite positive and I could well imagine drawing something with this pen. 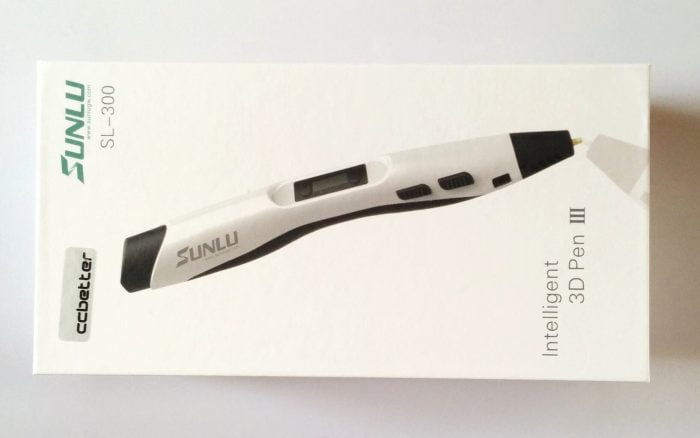 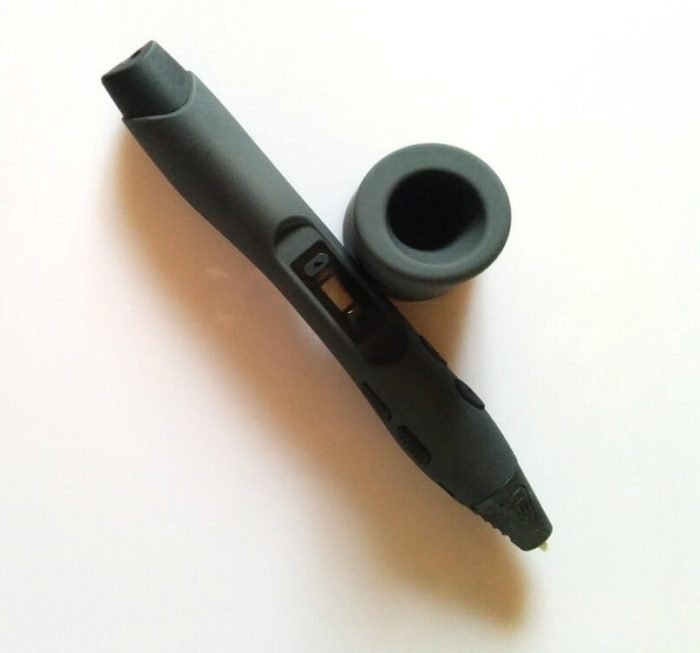 Once you connect the pin to the power adapter, the pin is turned on. There is no separate power button. However, you do not have to worry, because only when filament is introduced and the filament variety is selected, the print pen starts to heat up.

Here 2 rolls PLA filament was enclosed. PLA differs from ABS in that it does not need to be overheated and is also biodegradable. ABS, on the other hand, is more stable than PLA and is therefore suitable for machine parts that are more likely to be printed with a proper 3D printer. When you insert the filament and press the feed button, the pen slowly heats up to about 170 ° C. The temperature can be taken from the display.

After a first test run, you got used to the pen fairly quickly. Drawing with the Sunlu 3D Printer pen is similar to drawing the 3Doodler. In my first attempt, I traced a butterfly. There are templates for this in the net, whereby creativity knows no bounds. The filament is applied freely at will and connects without problems with the already dried filament parts.

That the pen is hot and you could burn, I have not found. Also, the filament cools down pretty quickly and is also very fast hard. Nevertheless, one should not underestimate the pen. Especially the small white tip of the pen is very hot and should not be touched.

Drawing with the Sunlu or CCbetter 3D pen was a lot of fun for me and I'm looking forward to the next things that I'm going to draw with this pen. You should still bring a touch, but after a few tries you get used to the line quite quickly and can also control the speed excellent. If you have progressed a bit with drawing on templates, you can even draw freehand in the air. The filament becomes so hard that small figures or even the Eiffel Tower can be drawn freehand.

There is nothing to complain about the workmanship of the pen. You get a really high quality product that does not seem cheap. Except for the tip of the pen, the rest is also not called, so that a longer drawing session without hesitation is possible. I did not notice anything about the smell of the melting filament. So you do not have to put on a breathing mask. Vapors do not arise.