by Philipp K13. February 2020
Samsung presented its new smartphones at an event in sunny California on February 11.02.2020, 20. There were a whole series of new standards that were set. We have summarized all the news about the new smartphones and gadgets such as the S20, SXNUMX Plus or the Galaxy Z Flip for you here.

There were no big surprises

After reading the various speculations and leaks about that S20 and how to make a Galaxy z flip reported, we now have all the facts, data and prices about the new smartphone generations. Unfortunately, there were no big surprises.

Samsung has concentrated on the camera system in the S20 series and wants to inspire its customers and of course also win new ones. But the Galaxy Z Flip also wants to inspire with new technology and an alternative smartphone format. In addition, the Galaxy Buds + have received a little refresh.

In addition, Samsung has presented a cooperation with Netflix. S20 buyers can therefore access exclusive bonus content for Netflix series and films that were shot with the S8's 20K camera.

All smartphones in the S20 series are 5G-capable, which of course also allows you to dig deeper into your wallet. In addition, all S20 smartphones are equipped with a 120 Hz display, which makes games look even more fluid. In addition, all have an AMOLED Infinity-O display with a screen resolution of 3.200 x 1.140. The front camera is integrated in a punch hole in the display.

All smartphones work with the Exynos 990 processor. All S20 devices are also supplied with Andorid 10. However, the models differ from the RAM size.

The S4.000's 20 mAh battery is designed to keep the smartphone going all day. If it is not enough, the S20 can be quickly charged with a 25W power supply.

The S20 should appear in the colors Cloud Pink, Cloud Blue and Cosmic Gray.

The S20 Plus has a 6,7 "large Dynamic AMOLED Infinity O-Display installed.

In addition, a 4.500 mAh battery should supply the smartphone with power. The Plus model, like the S20, can also be quickly charged with a 25W power supply.

Deviations from the smaller brother can be found in the camera. Another camera has been added to the rear of the camera module. This is a VGA 3D depth camera.

The larger model will also appear in the colors Cloud Pink, Cloud Blue and Cosmic Gray.

This year Samsung wants to score with the Ultra. The Ultra model has a 6,9 ″ screen size. The main camera consists of a fabulous 108 MP wide-angle lens, a 48MP telephoto lens, a 12 MP ultra-wide angle lens and a VGA 3D depth camera. The camera generates a 10x hybrid zoom and can enlarge up to 100x. The front camera comes with a remarkable 40MP.

The battery of the S20 Ultra is 5.000 mAh, which also has a quick charge function and can be charged with a 45W power supply.

The S20 Ultra appears in the colors Cosmic Gray and Cosmic Black.

Another and great novelty is the Galaxy Z Flip. The folding cell phone from Samsung, which is opened with a transverse axis in portrait format, made its debut at Unpacked 2020 in San Francisco.

The Galaxy Z Flip comes in the colors Mirror Purple and Mirror Black. The Infinity Flex-O display has a diagonal of 6,7 ″. The 10 MP front camera is located behind a punch hole in the display. 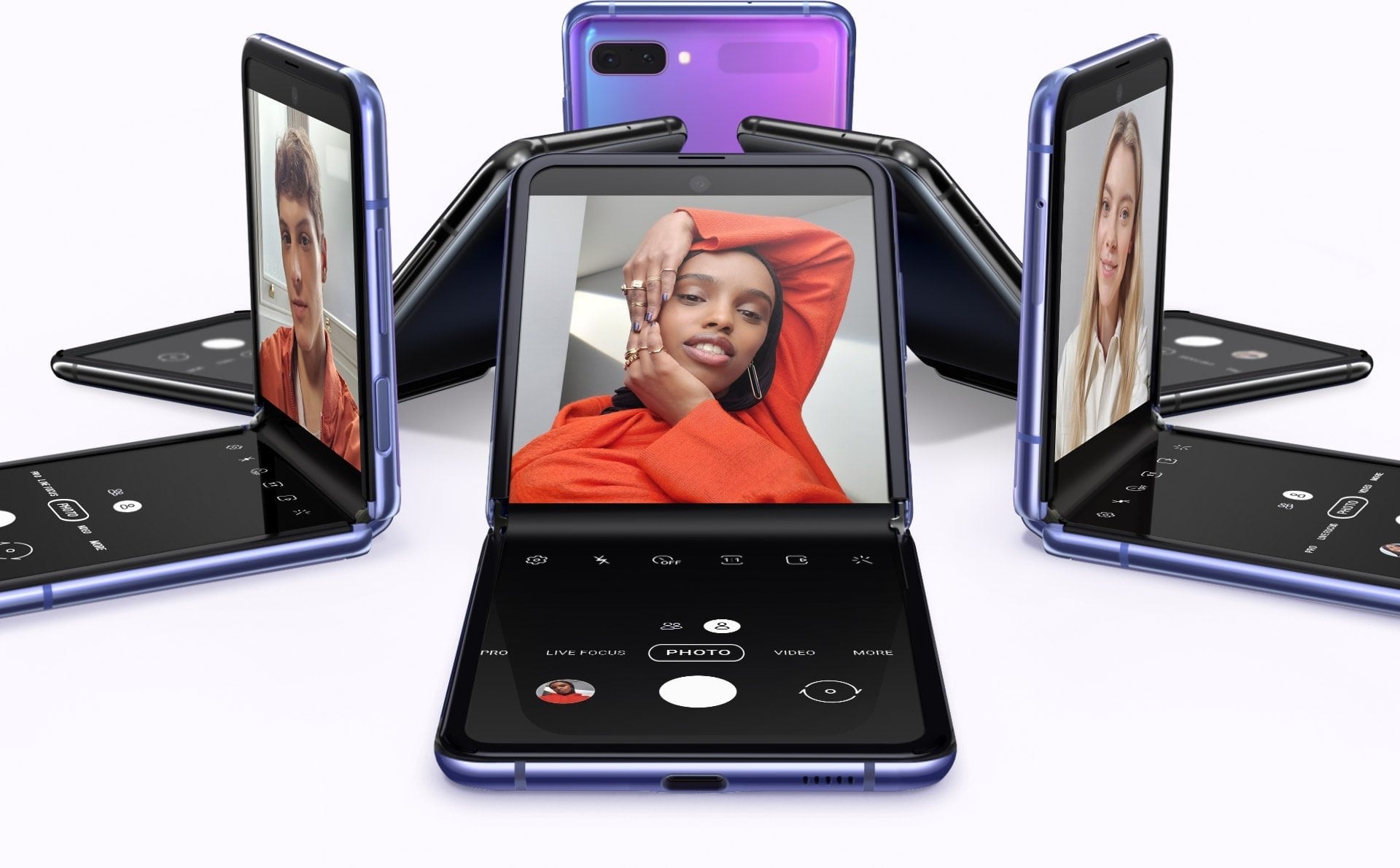 A 0,5 ″ Super AMOLED display was installed on the back, which serves as a notification bar. When closed, notifications, battery status, time and date can be displayed.

The peculiarity, according to Samsung, lies in the use of the foldable smartphone. The Galaxy Z Flip can be set up at a 90 degree angle. This means that the two halves of the screen can be used as two separate screens. For example, videos or other content can be displayed in one half and the smartphone can be controlled in the other half.

In addition, the Galaxy Z Flip can be opened in a variety of angles between 0 and 180 degrees. According to Samsung, this makes it possible to perform selifs or video chats hands-free, and a double camera module has been installed on the back. The module has a 12 MP ultra-wide angle camera and a 12 MP wide-angle camera.

The battery has 3.300 mAh and has a quick charge function.

The folding smartphone from Samsung is delivered with Android 10 and should cost € 1.480. 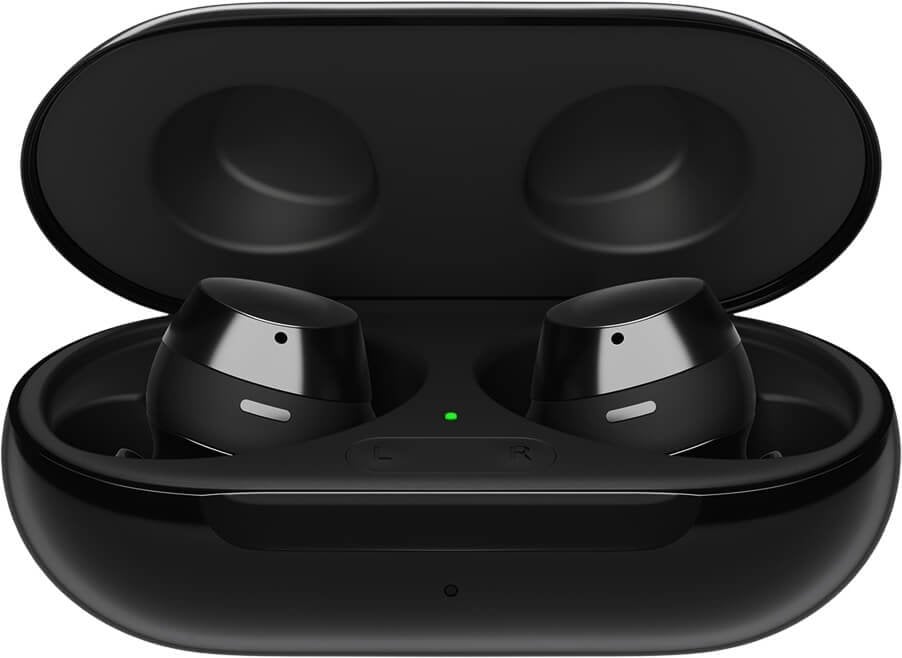 At the same event, the Korean company technically refreshed its TWR headphones again. The Buds + now have 3 instead of 2 microphones. The additional microphone on each headphone should ensure better voice quality when making calls.

The Buds + are available for € 169 in the colors black, white and blue. 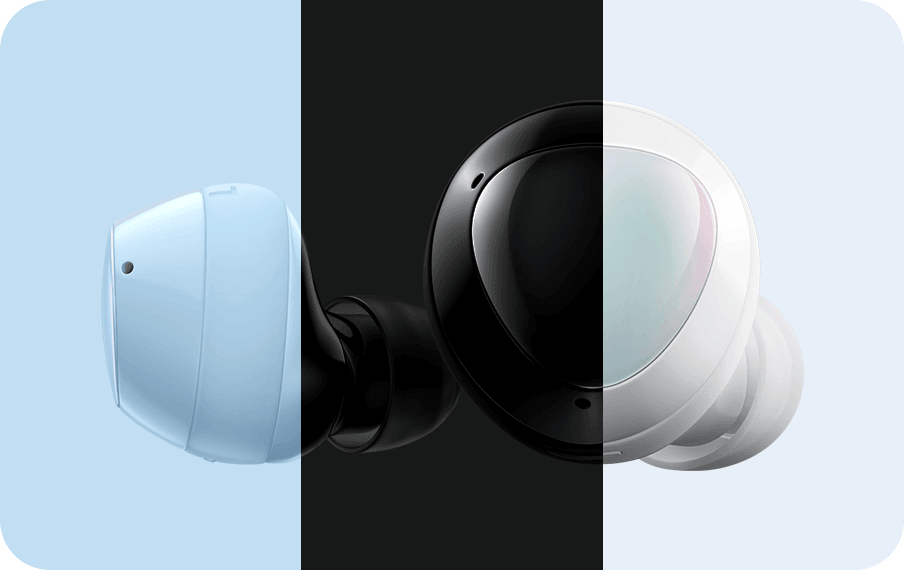