by Philipp K17. January
Samsung announced the first figures for its top smartphone, the Galaxy Fold, last week. The smartphone itself had a bad start and was therefore withdrawn from the market again. After a revision, however, this was a great success.

Samsung announced its sales figures at CES 2020 in Las Vegas. Previously, the manager had incorrectly stated the desired sales volume of 1 million units sold, which were significantly above the actual figures.

The boss from the mobile department Koh Dong-Jun, however, had now released the figures to the journalists. These ranged from 400.000 to 500.000 devices.

The Samsung Galaxy Fold is the first smartphone of its kind to have a foldable display. However, the smartphone had to be removed from the market after a few weeks because the hinge had defects and was therefore no longer usable.

But after new developments in the hinge, Samsung has managed to fix this problem and is offering it again for sale. The current price is  € 2.000. 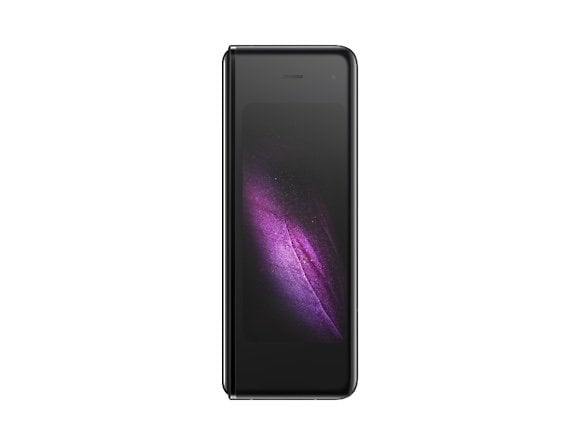 The Samsung Galaxy Fold when closed.

News for the Samsung Galaxy Z Flip - fold the second one!
look at

Samsung Galaxy A9 - Smartphone with 5 cameras
look at

Samsung Galaxy S9 and S9 Plus - information on the smartphone