This is just our preliminary test report without a final evaluation. As you know, our test devices always go through a test phase lasting several weeks in order to wait for any release updates and to record anomalies. In the course of our test phase, this post will be updated again and again.

The focus is once again on an extraordinary design, which realme achieves with the colors "Neo Green", "Neo Black" and "Neo Blue". The flagship color is “Neo Green”, a neon green tone that, in combination with the black racing stripe and the “Dare to Leap” lettering, creates an urban look. The surface of all colors is matt, which largely prevents unsightly fingerprints. 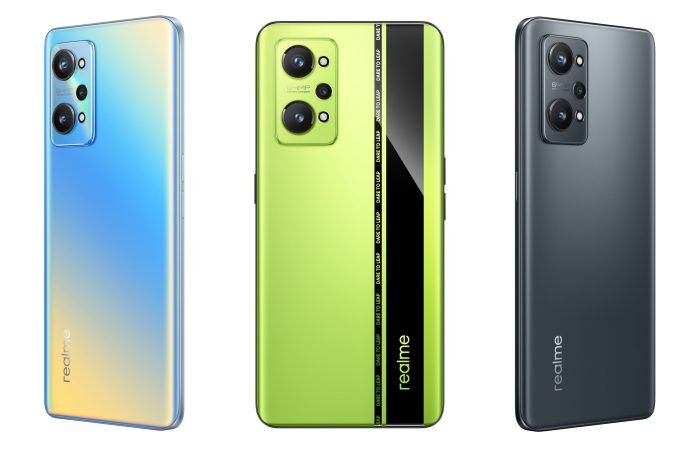 Our test device in "Neo Black" looks particularly elegant. The back is made of plastic, but in no way feels like it. The surface is pleasantly smooth, but not so smooth that the smartphone is slippery in the hand. The rounded edges of the back of the case, which give the smartphone a good grip, also contribute to this.

The size of the device is 162.9 x 75.8 x 8.6 mm. The weight is 200g. The large 5000 mAh battery is the main reason for its thickness and weight. There is no water protection (IP rating). The processing quality is good and corresponds to the price range.

In a direct comparison with the realme GT, realme has improved the display of the realme GT Neo2 in several points. The screen size of the Samsung E4 AMOLED display has grown from 6,43 inches to 6,62 inches. The screen resolution has remained the same at 1080 x 2400 pixels (FHD +), but there is no disadvantage in terms of image sharpness due to the higher screen size. With its 397 PPI, the display is still razor-sharp.

The refresh rate of 120 Hz makes the display particularly smooth. Unfortunately, there are still minor problems with the automatic adjustment of the refresh rate. In some apps and games this is limited to only 60 Hz, although theoretically more would be possible. In the system, the 120 Hz are fully played out at all times. Gamers get their money's worth thanks to the high sampling rate of 600 Hz. The higher the sampling rate, the faster the display reacts to touch, which is definitely an advantage in mobile games.

Support for HDR10 + content is also new. Realme specifies the maximum display brightness as 1300 nits, which means that the realme GT Neo2 has the brightest display that has ever been built into a realme smartphone. The display can be read without any problems in the open air and in sunshine. The display covers the DCI-P3 color space 100 percent. Colors shine particularly vigorously thanks to the AMOLED display type and the contrast is almost infinite. 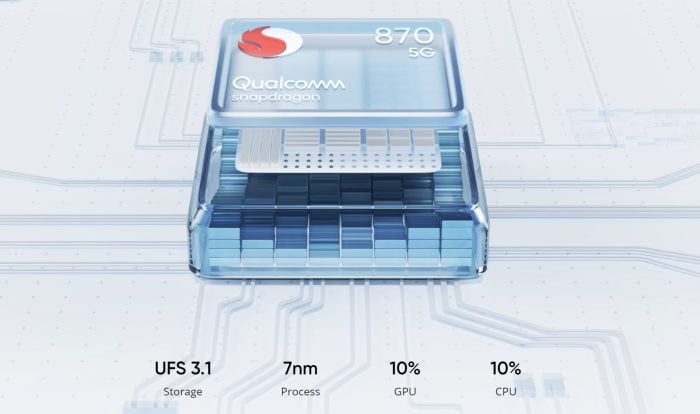 This is made possible by an 8-core CPU (1x Cortex-A77 with 3,1 GHz, 3x Cortex-A77 with 2,4 GHz and 4x Cortex-A55 with 1,8 GHz) and an Adreno 650 GPU. The Snapdragon X5 modem enables fast LTE and 55G cellular communications. On-top there is enough memory with either 8GB or 12GB LPDDR5 main memory and 128GB or 256GB UFS3.1 data memory. An expansion of the data memory with a microSD memory card is not supported.

In the benchmark, the realme GT Neo2 has to lag behind the older realme GT with Snapdragon 888, but this difference is by no means noticeable in everyday use. The system can be operated smoothly throughout, apps and games start quickly and run smoothly.

The smartphone was delivered with realme UI 2.0, which is based on Android 11. The new realme UI 3.0 with Android 12 basis will soon be rolled out as an update.

A look at the data sheet reveals that realme has adopted the triple camera and front camera of the realme GT almost 1: 1 for the realme GT Neo2. The main camera uses the same 64MP Sony IMX682 image sensor with f / 1.8 aperture, an 8MP ultra wide angle camera with 119 ° wide angle and f / 2.3 aperture and a 2MP macro camera with f / 2.4 aperture. The front camera has a resolution of 16MP and uses an f / 2.5 aperture.

At this point we would like to begin with our  Test for the realme GT  refer. Due to the bad weather of the past few days, we of course submit the test for the individual cameras of the realme GT Neo2.

The realme GT Neo2 cuts a very good figure in mobile communications. The reception was stable at all times in the test and the voice quality was excellent. The same applies to the WLAN reception (WiFi 6), which scores with good signal strength and high data throughput. Bluetooth is available in version 5.2.

The navigation with the realme GT Neo2 was also without any obstacles. Thanks to dual GPS, the exact position is found in fractions of a second. There were no deviations from the route while navigating.

NFC is available so that mobile payments with Google Pay are also possible. An in-display fingerprint scanner reliably unlocks the smartphone. The position of the power button, which is slightly higher, harbors a small point of criticism at this point. When gripping and switching on, the thumb does not reach the fingerprint scanner quite as well.

The realme GT Neo2 generates a stereo sound with the aid of the auricle. The sound is balanced and the volume is sufficient. Realme did without a 3.5 mm headphone connection this time.

The 5000 mAh battery gives the realme GT Neo2 a very good battery life. The average user who uses the smartphone for telephony, web browsing, social media and to watch a video here and there has an average runtime of 2 ½ days. Heavy users who like to play mobile games should also get through the day without any problems. 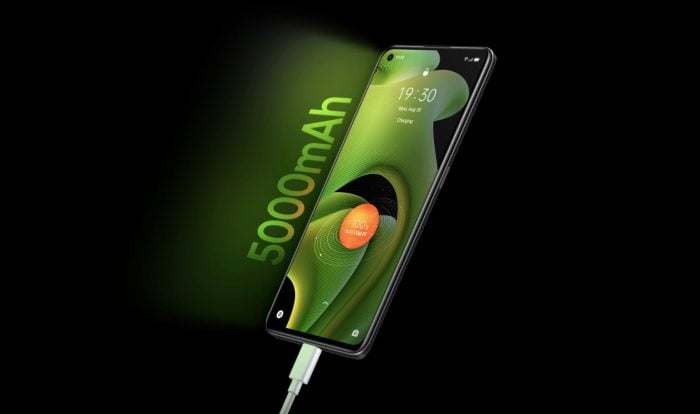 The 65 watt "SuperDart" fast charging technology fully charges the smartphone in about 37 minutes. The quick charger required for this is included in the scope of delivery. Qi wireless charging is not supported. 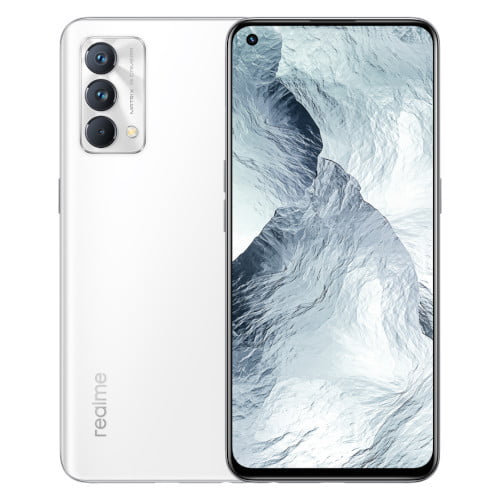 Just a few months after the market launch of the realme GT, the realme GT Master Edition is the next smartphone in the GT model series. Equipped with...