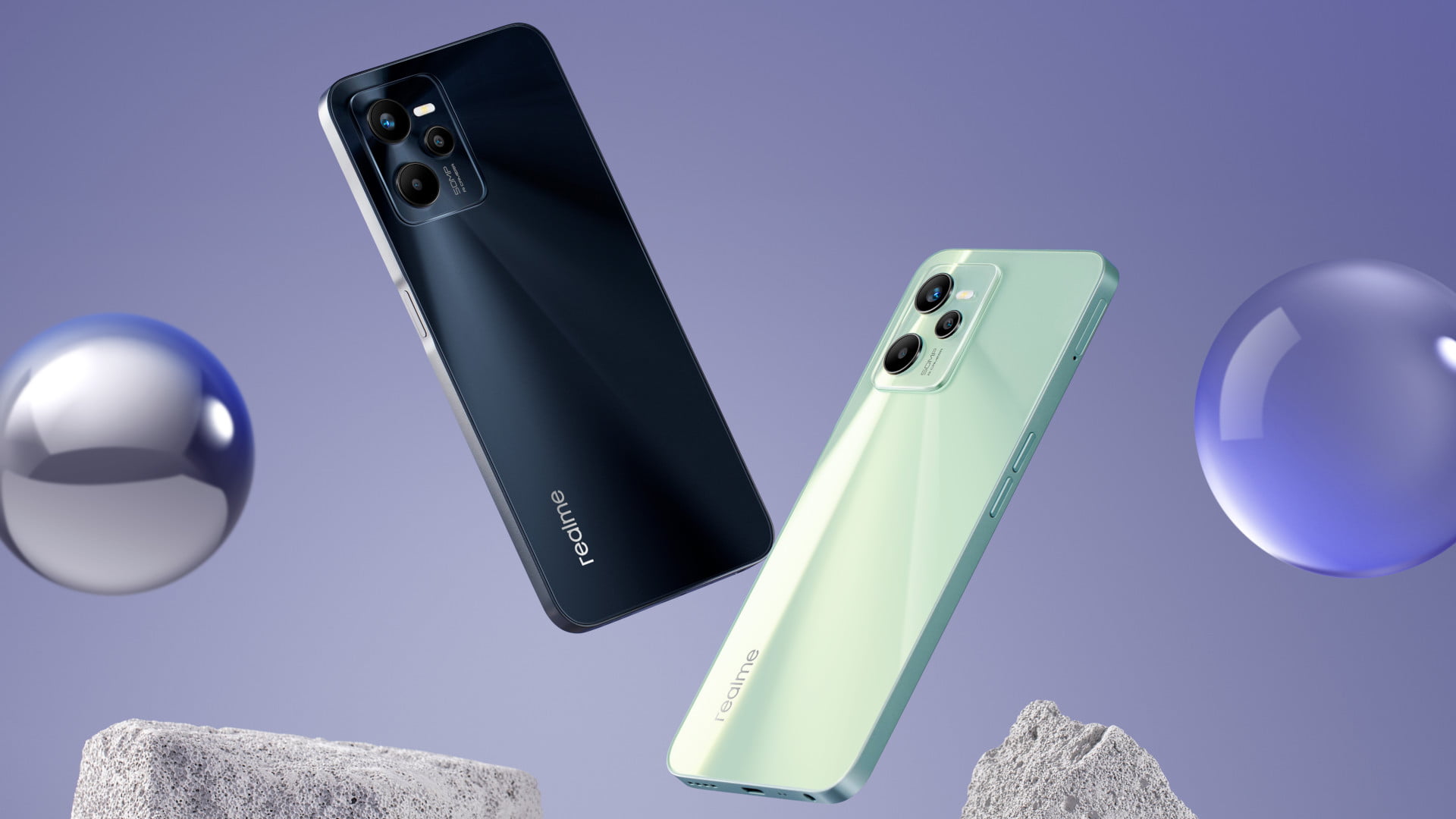 At realme, it is not uncommon for the inexpensive entry-level models to be unleashed on the highly competitive smartphone market without much media attention. It's the same with the realme C35, which starts at just 179 euros (The Amazon) is available.

With its rather angular appearance and the striking colors "Glowing Black" and "Glowing Green", the realme C35 is primarily aimed at a younger target group. 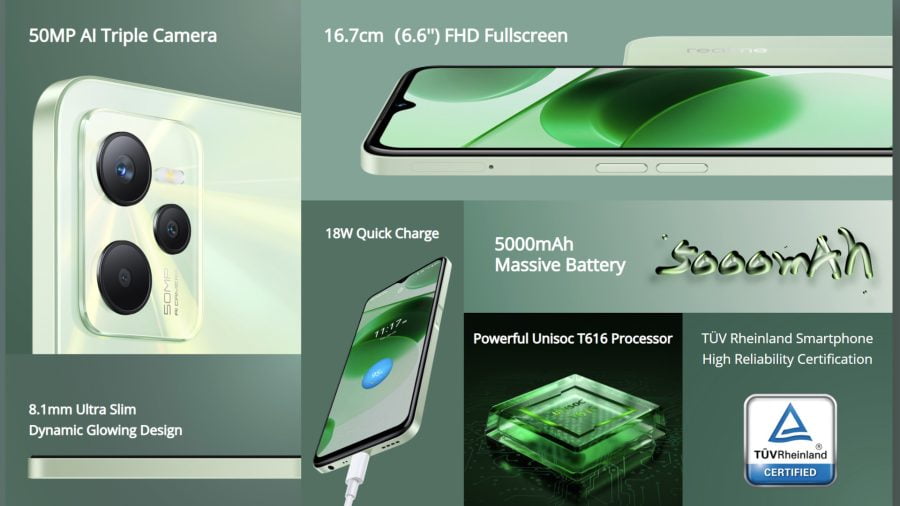 The realme C35 is equipped, among other things, with a 6,6″ IPS display that has a Full HD resolution. Features worth mentioning are a high 180 Hz touch sampling rate and a peak brightness of 600 nits. Realme does not go into detail about the refresh rate of the screen, which is why you should assume a 60 Hz display here. The screen-to-body ratio, i.e. the ratio of the display to the front of the case, is 90,7 percent.

The choice of mobile platform is rather unusual. Most smartphones use a Qualcomm or MediaTek system-on-chip. The realme C35, on the other hand, relies on a Unisoc T616 chip. The chip is manufactured using the 12 nm process. The CPU offers a total of eight processor cores, which are divided into two ARM Cortex-A75 cores (2.0 GHz) and six ARM Cortex-A55 cores (1.8 GHz). The GPU is an ARM Mali-G57. 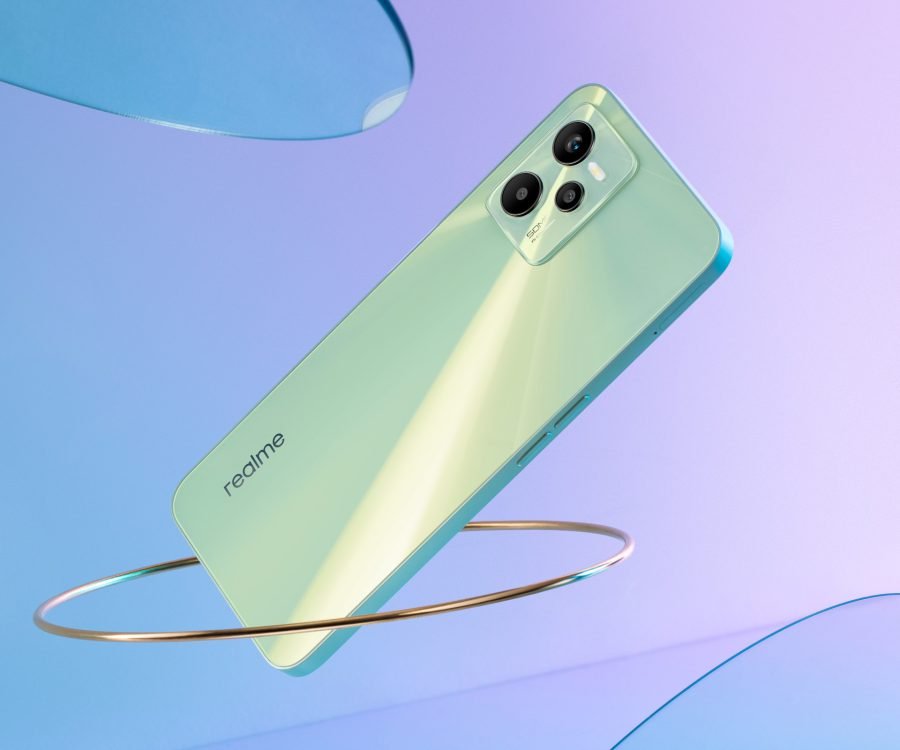 In the recognized AnTuTu benchmark, the realme C35 achieves a score of 230.726 points. The performance is comparable to the redmi 10, which has installed a MediaTek Helio G88. In terms of everyday performance, it can only be assumed at this point in time that the realme C35 manages without major performance drops. Experience has shown that the in-house realme UI (R Edition), based on Android 11, has realme well under control.

The smartphone is available in the memory variants with 4+64GB or 4+128GB. The RAM is of the LPDDR4X type, the data storage is of the UFS2.2 type. The data storage can be expanded by up to 1 TB with a microSD memory card. You don't have to do without one of the two SIM slots. Speaking of SIM – the cellular modem supports all of the LTE bands commonly used in this country. Otherwise there is also Dual-AC WiFi and Bluetooth 5.0. 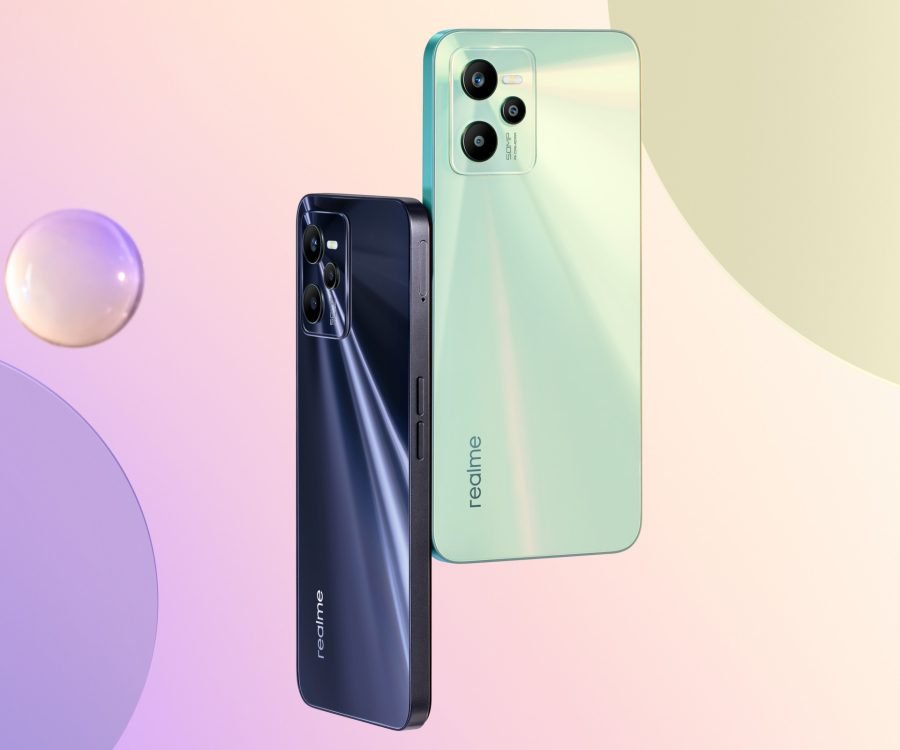 Finally, on the back we would have a triple camera with a 50 MP main camera. It is not known which image sensor was used. The other two cameras are divided into a 2 MP macro camera and a 0,3 MP black and white camera. The black and white camera is primarily intended to improve the depth effect in portrait shots. At the front there is an 8 MP front camera for selfies.

A 5000 mAh battery supplies the realme C35 with energy. You can definitely count on a mileage of 2 days. The smartphone is charged with up to 18 watts. It takes about 49 minutes to charge the battery to half. 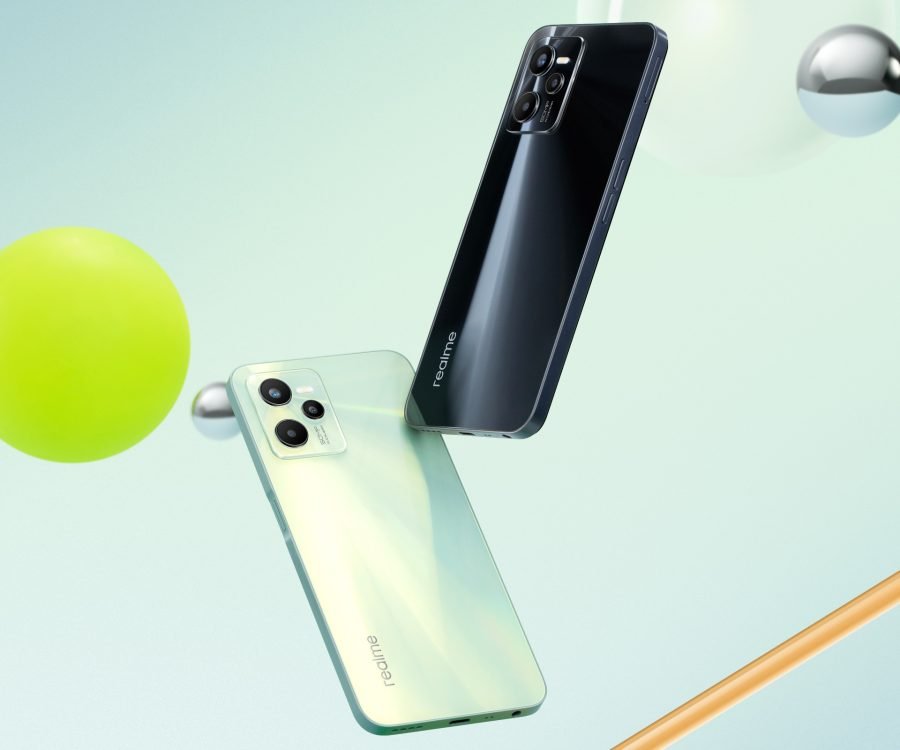